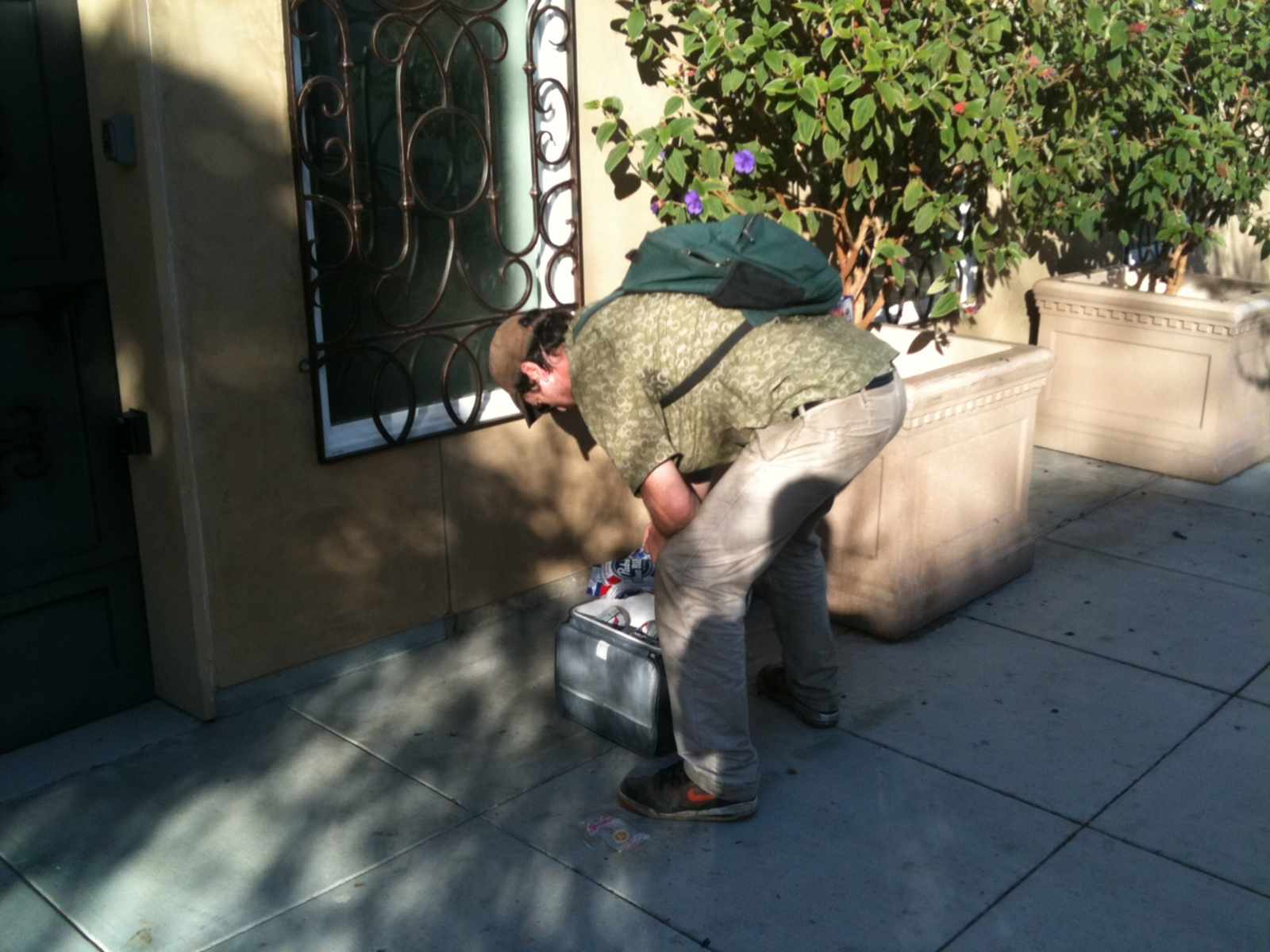 On Saturday I was fortunate enough to run into Dolores Park hero and San Francisco's best dressed businessman “Cold Beer, Cold Water” at the corner of 19th and Guerreo refilling his cooler with three cases of PBR.  While there isn't anything inherently notable about spotting a crazy person holding beer and throwing trash on the sidewalk, by the time I was done fetching some food and booze from Rhea's, 20 minutes had passed he was already back resuppling.

Now, I'm not advocating trying to solve complicated math problems while at Dolores, but considering he sells a case of beer for $30 bucks (2 cans for $5), this dude is turning a profit of $60 every 20 minutes.  Sure, sales are probably not always that great, but on weekends like we just had, he can easily rake in over $700 in a 4 hours thanks to our collective laziness.

So, a tip of the hat to you, CBCW.  You took people being too lazy to walk a block for beer and made it into a printing press.

a case is 24 beers, $180 in gross revenue, minus what…$30 retail for the awful nectar. short version, ngah is stacking ched any way you slice it.

My math isn’t wrong (perhaps my terminology is). He was loading up with 12 packs. I’ve always called ‘em cases and called 24’s flats, but what do I know…

Damn illegal street businesses! He should be forced to get a legitimate job, like at Enron, or Worldcom, or Bear Stearns…

this guy makes his living selling alcohol to minors, let’s not glorify him too much …