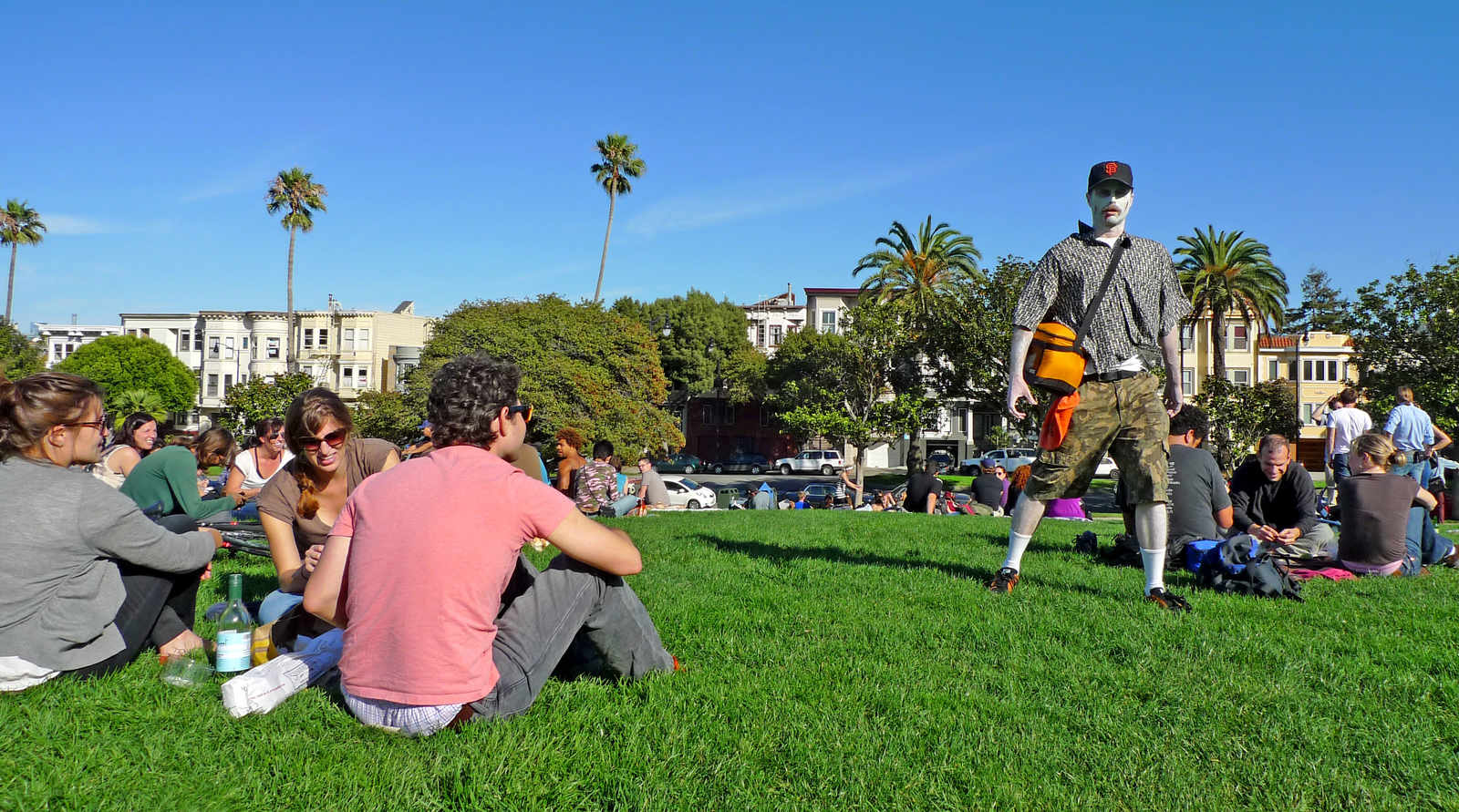 My favorite day in Dolores Park, ever. Went down dressed as Zombie Cold Beer! Cold Water!. For those of you not from San Francisco, “Cold Beer! Cold Water!” is a man who walks around Dolores Park with a cooler bag selling, well, yeah…. cans of PBR (sometimes Simple Times) and water. Here are some photos of him. And while he’s not wearing this outfit in any of those shots, I promise this is pretty damn close to what he wore most days this summer. 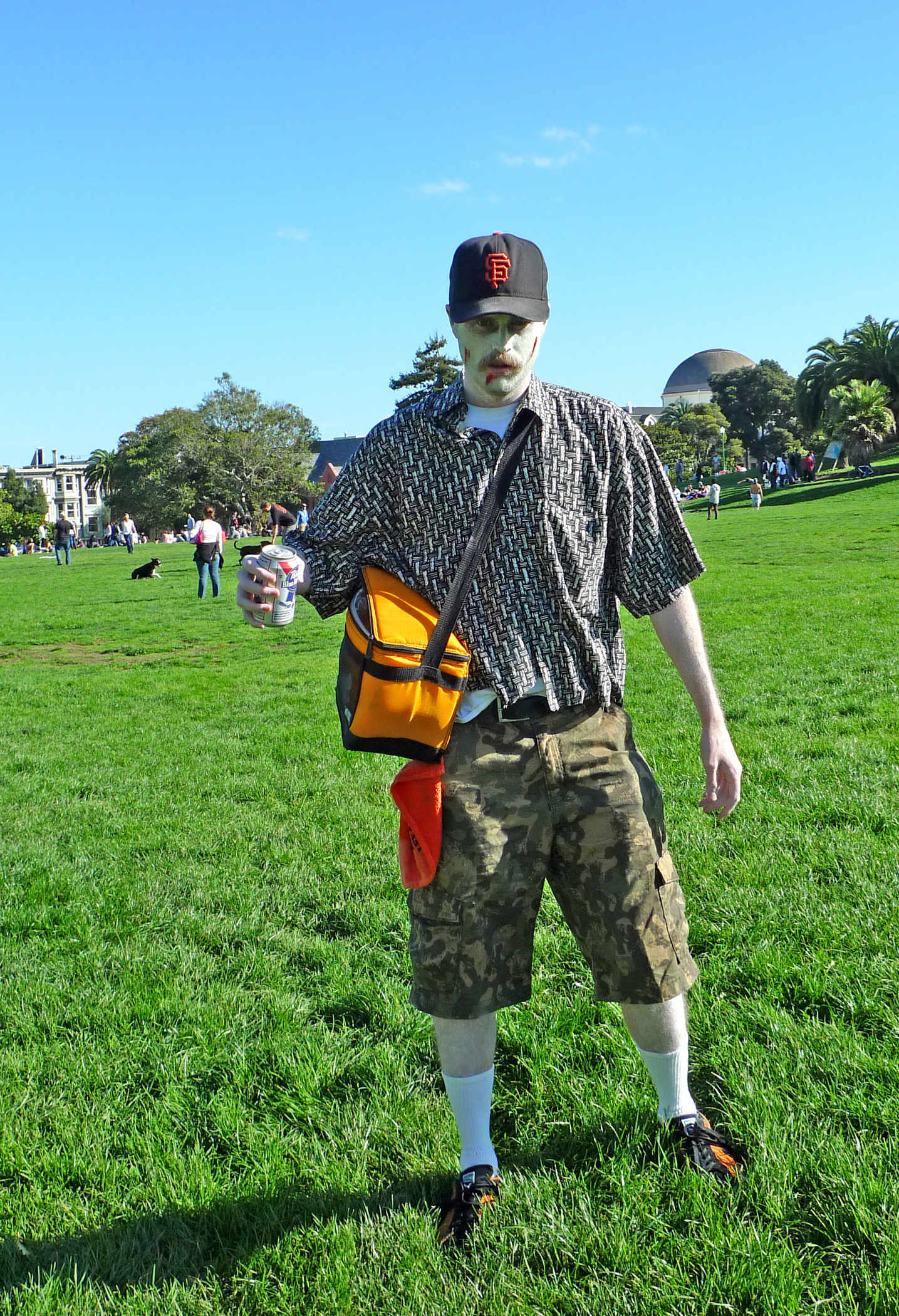 I can do a pretty good impression of his call, and he kind of sounds like a zombie anyway, so I went with it. I had my zombie walk on, and set out hollering… over and over and over… “Cold beer! Cold Water!” Some people had no idea what was going on, but most people recognized who I was supposed to be. And THREE different people mistook me for the man himself, all saying something like, “Oh, my god! He dressed up for Halloween!” One man was convinced I stole CBCW’s shirt. Ganja Treats took my photo! I sold twelve beers and four waters (though I gave away like half of them). But where was the OG CBCW? 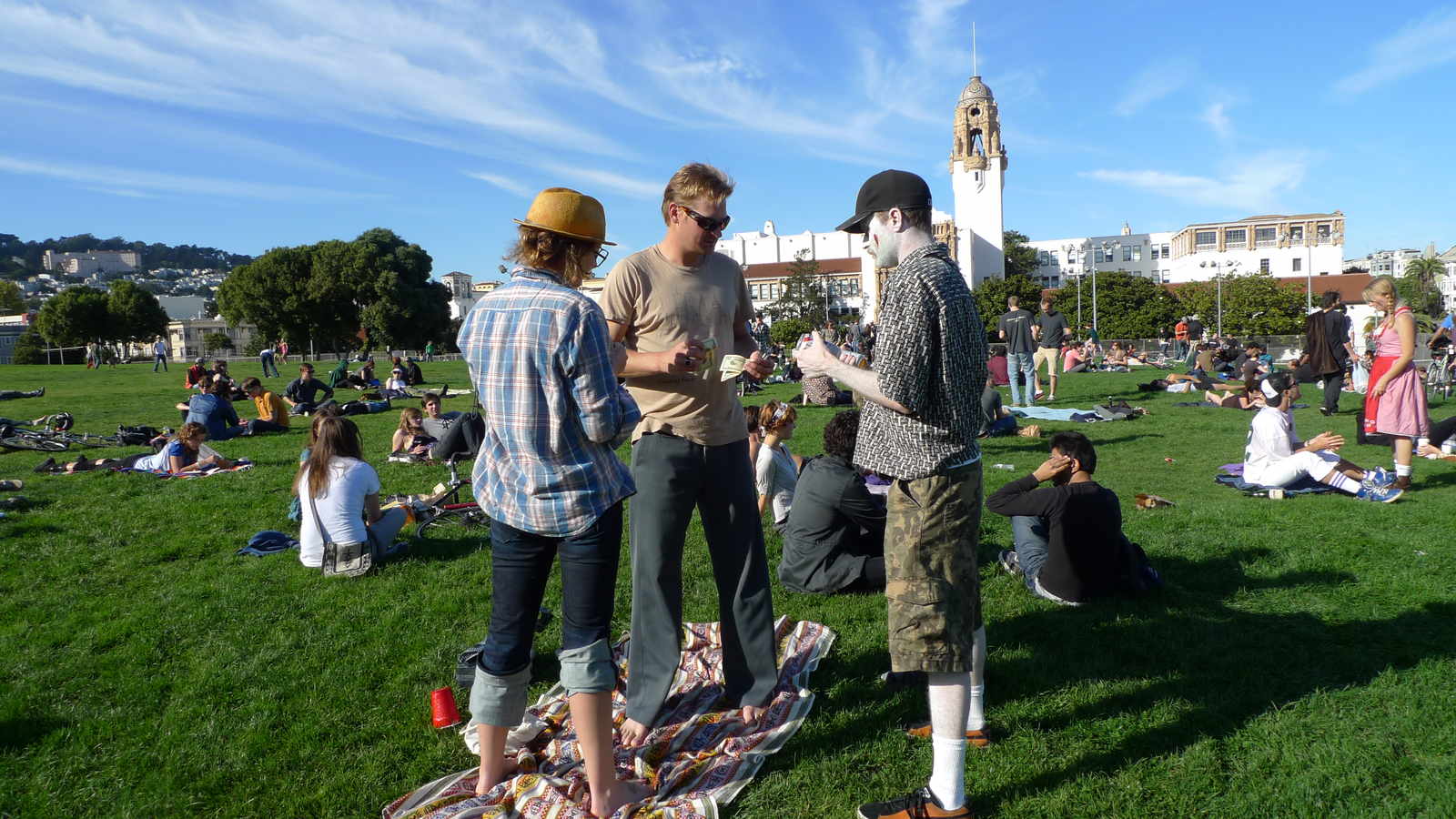 I got up to leave after a couple hours, carrying my cooler, continuing the zombie walk and yelling his call, when suddenly, I heard him. He was only fifty feet or so away from me. “Cold Beer!” he yelled. “Cold Water!” I responded. People were cracking up, and one woman came running after me demanding I go after him and take a photo. I was on my way out though and having never talked to dude in my life didn’t know if he’d really appreciate my costume and I chickened out. Still, I had a blast.

I was at Dolores and saw you in costume. My friends and I cracked the fuck up.