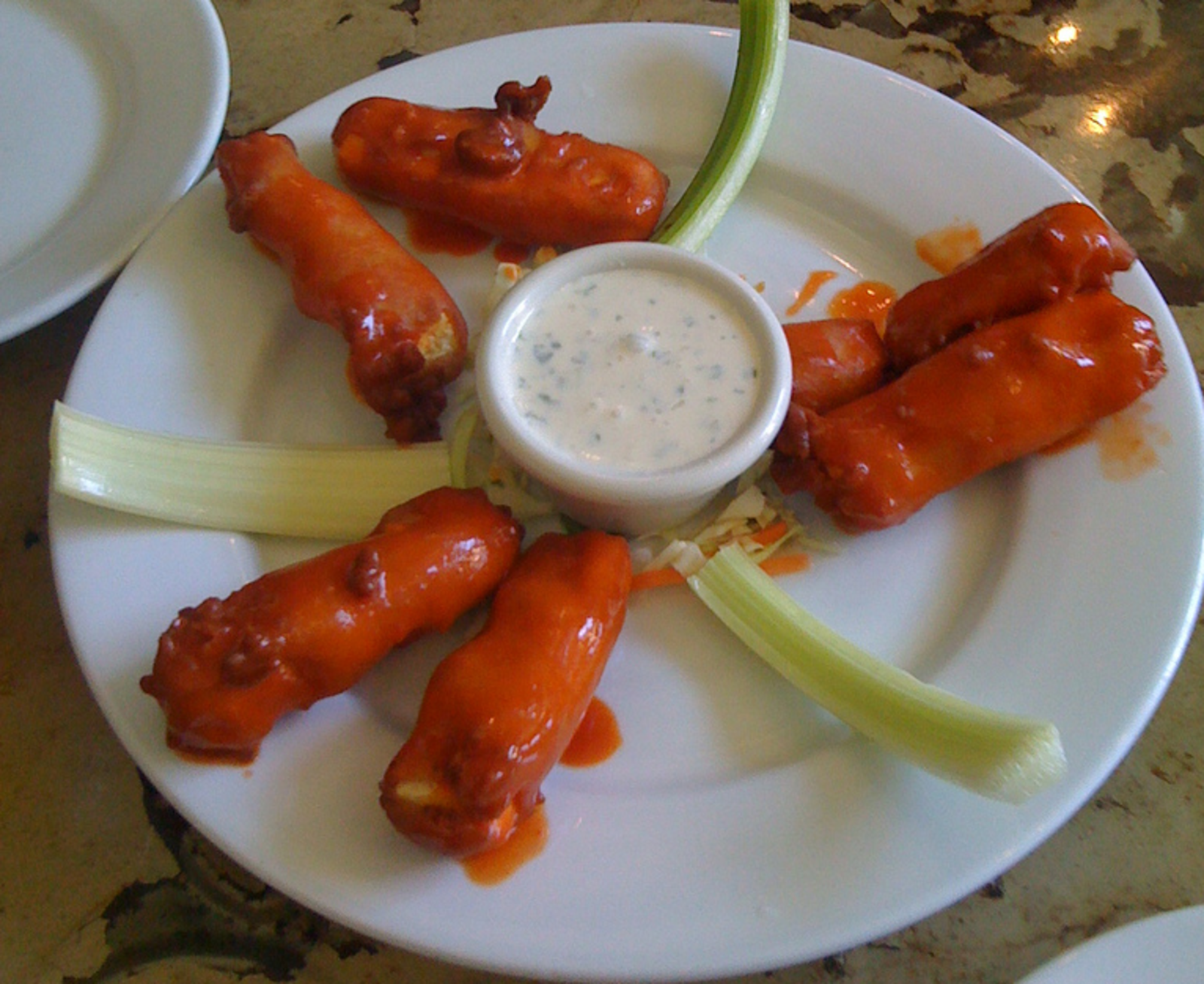 Big news in seitan: the bipolar chefs over at Weird Fish have once again taken their renowned Buffalo Girls off the menu.  Now before we all go over there and slap the shit outta them, let's remember that this is basically the third time they pulled this stunt this year.  First they pulled their satellite kitchen out of Bender's Bar, a move akin to renouncing one's religion and marrying a capybara, and completely gutted their old menu, ditching the B Girls, among other killer dishes.  Then a month later, they brought the menu back following a bunch of so-called “vegan outrage.”  Then it was gone again.  Then back again in June.  It all seemed good at this point, even a month ago I could still order their famed seitan dishes.  Well, they are up to their old antics again.  When I asked about getting Buffalo Girls, the waitress had a quick response, “We aren't making those anymore.”

“But they were so good.”

“They were, but we're moving onto other dishes.  We're trying to keep the menu experimental and weird.”

Mind you, Weird Fish might just be calling wolf again hoping to send the foodie blogs into a tailspin, but they seem way too committed to ditching their best dish this time around.  An hour after ordering food, a table sat down next to us, tried to order the Buffalo Girls, and was delivered the same, scripted response from the waitress.

Not really sure what it is with Mission chefs killing off some of their popular dishes.  Mission Burger did it in the fall of 2009 when they abandoned the vegan burger.  Mission Chinese Food ditched the chinito over the summer.  Now Buffalo Girls are gone.  Perhaps it is the same reason Radiohead refuses to play Creep at their shows: artists getting bored with the hit that made them popular.

I'm crying rivers for their plight.

I would also have accepted “Not wanting to do anything to encourage vegans in their dietary nonsense” as an acceptable reason.

There was a whooooooole lot of hardcore drama that went down with the Andrew Jackson guy who was affiliated with Weird Fish and The Corner. He is gone now and I think he was a huge source of the weirdness and menu schizophrenia. Do a search for his name on Eater SF…I think the whole story is on there.