Giants Tribute Mural Goes Up Outside of Kilowatt 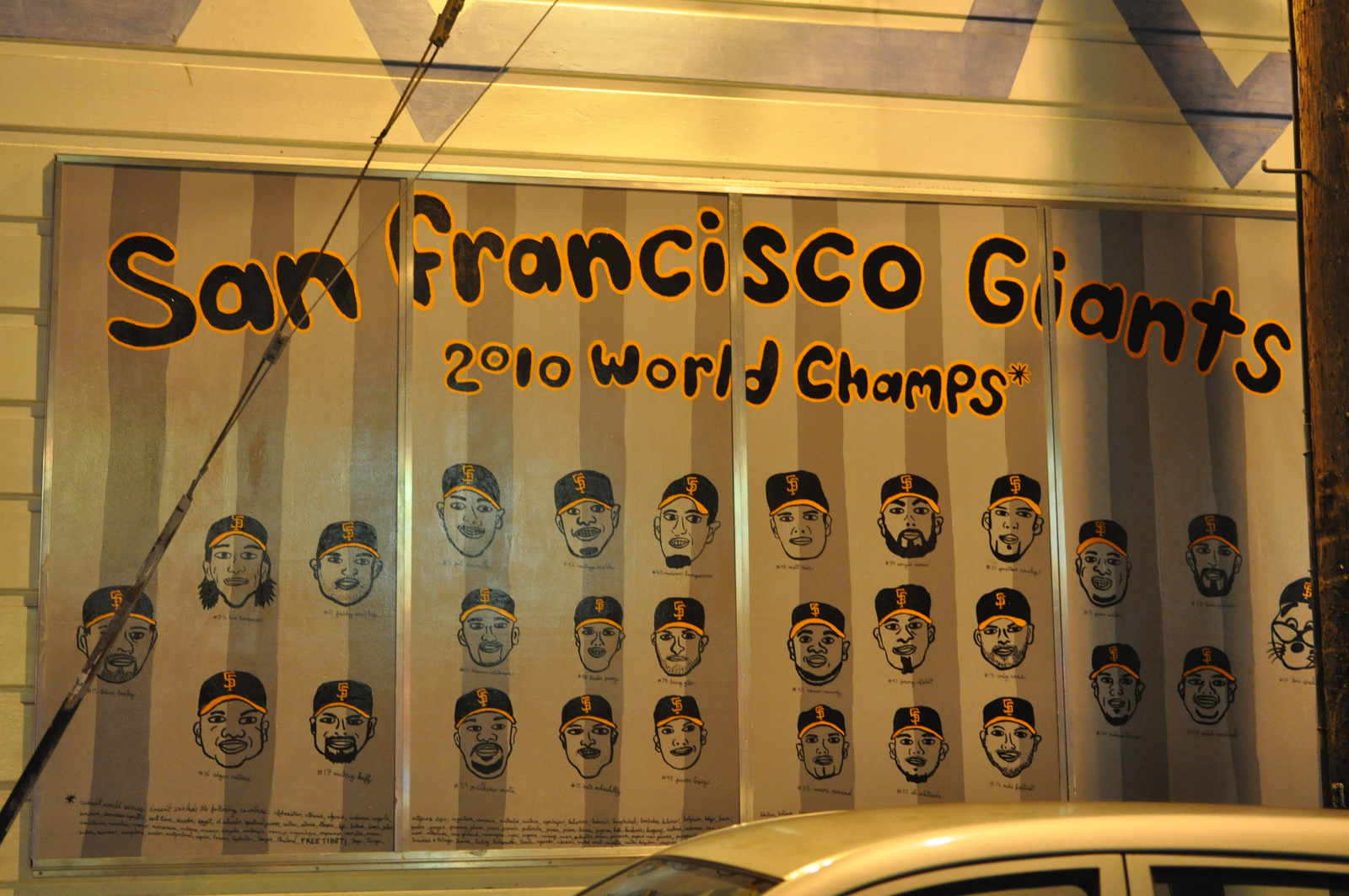 This rather confusing celebratory mural just popped up on the corner of 16th and Albion.  On one hand, it pays tribute to the team that just delivered the first World Series championship to the Giants franchise in over fifty years.  But on the other hand, it pulls an Oh San Francisco… move by noting that they are not the “World” champs: 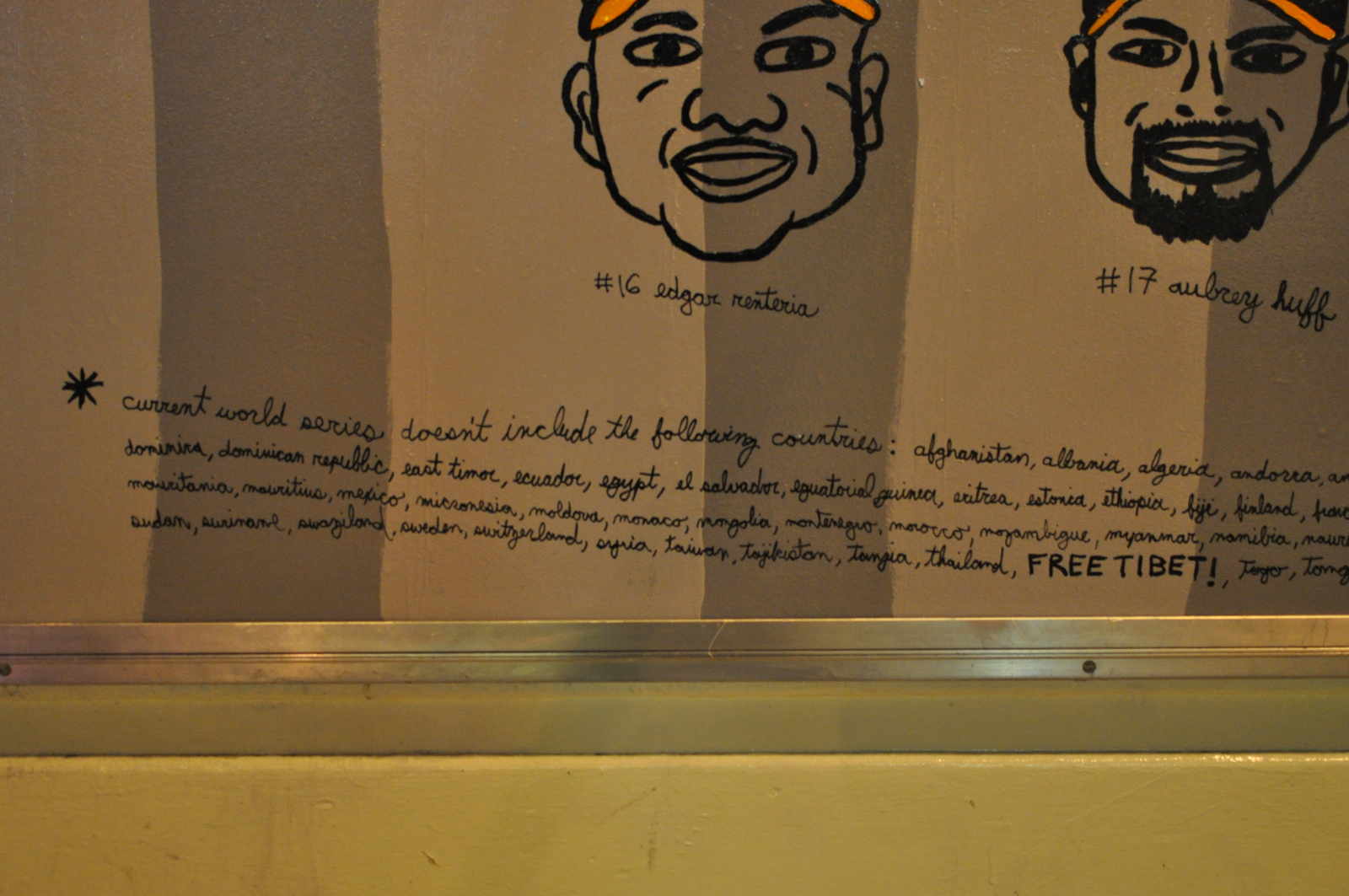 Thanks to the mural, I now know that FREE TIBET! is a country that isn't included in the World Series.

My roommate summed this mural up best, “It's like the had leftover paint so they decided to be smug assholes.” 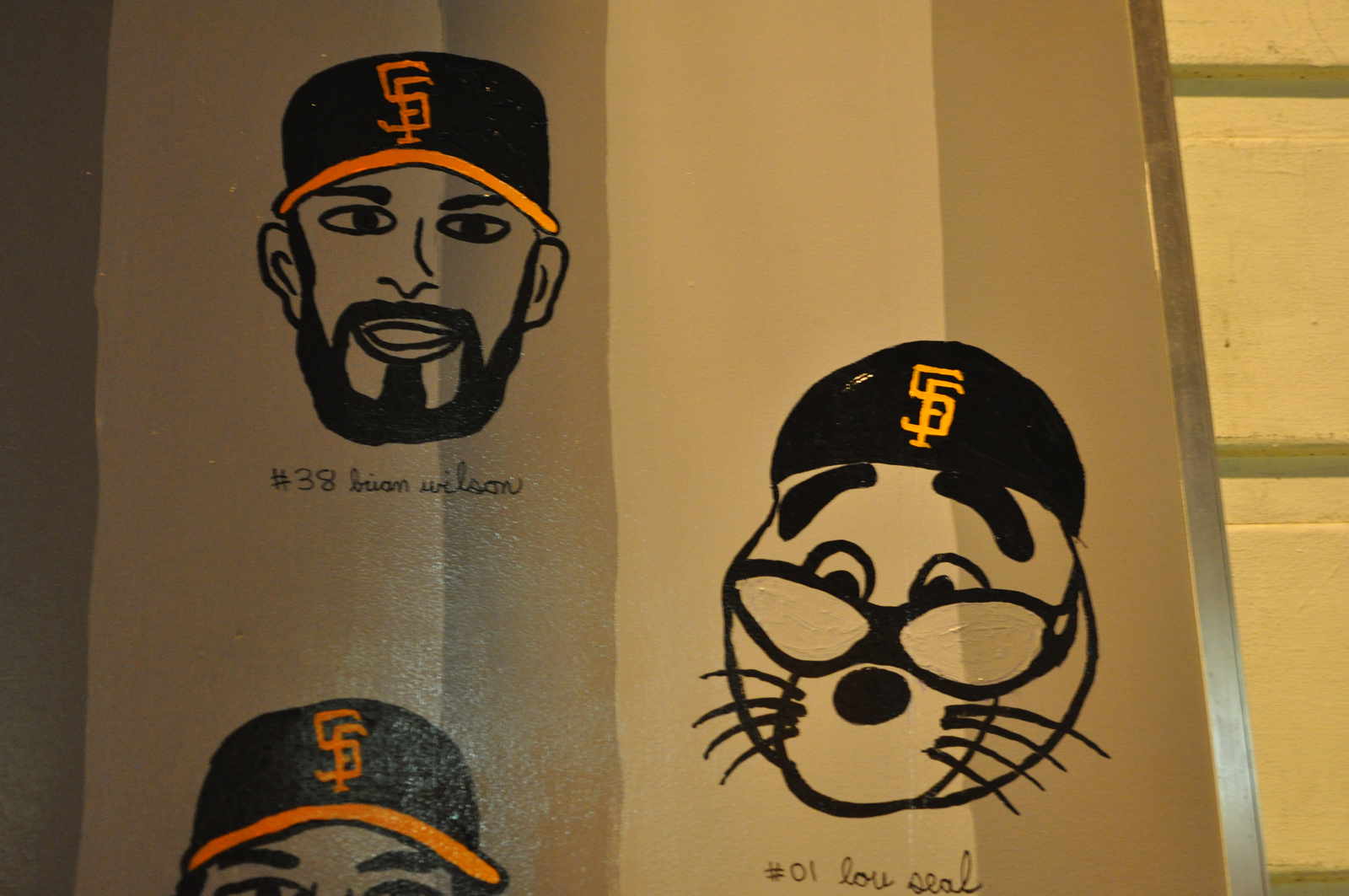 Even if they are kinda toolish, at least they included Lou Seal.

Wow. That is obnoxious.

Do these people not realize that whoever the World Series Champion is, they most likely WOULD beat any other team in the world?

Mozambique totally could have taken the Giants.

someone should tag over this…and then the city should buff that tag. and then we can all stop being embarrassed for the mural and the artists who painted it…

YES TO THE CRAB!

What makes you think they’d beat the top team in Japan? There’s no way to know, unless they acutally played each other. So, no, they are not actual “World” champs.

Obviously the work of new baseball “fans”. Yes, the SF Giants are based in the US -as are 29 of the 30 MLB teams, but Major League Baseball is, without question, the top-flight in baseball. It’s not a league exclusive to Americans, the best players from every baseball- playing country in the world (Cuba excluded) play here. The Chiba Lotte Marinez would NOT beat the Giants. A team of Japanese All Stars, maybe.