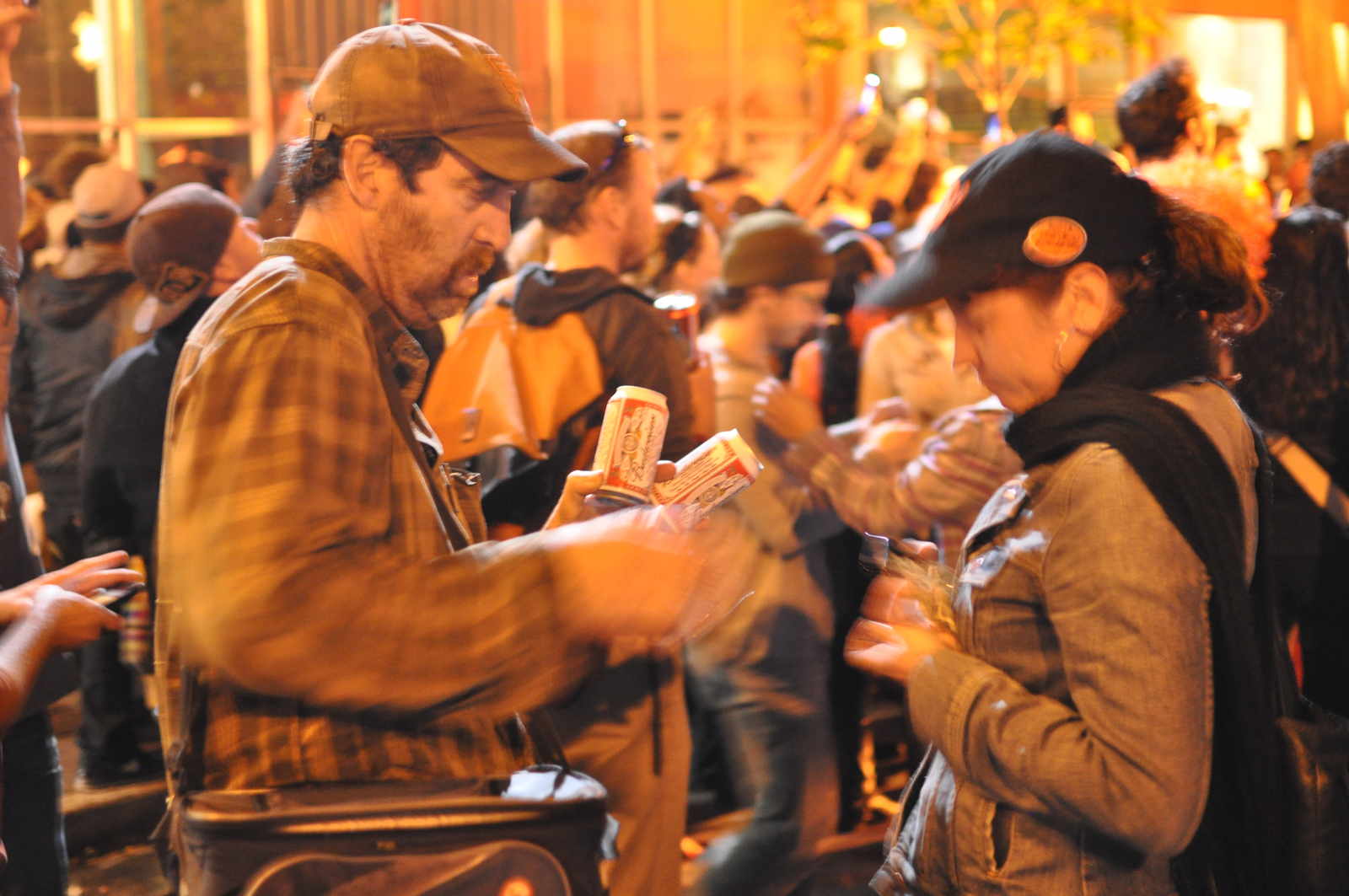 Someone give this man the businessman of the year award.  There I was, watching people jumping over a trash fire in front of Thrill of the Grill, police coming up Valencia from 17th and flanking up 16th, when all the sudden I hear “COLD BEER!  COLD WATER!” booming over the crowd.  Sure enough, I turn around, and the legend himself is forking over two ice-cold Budweisers for $5. 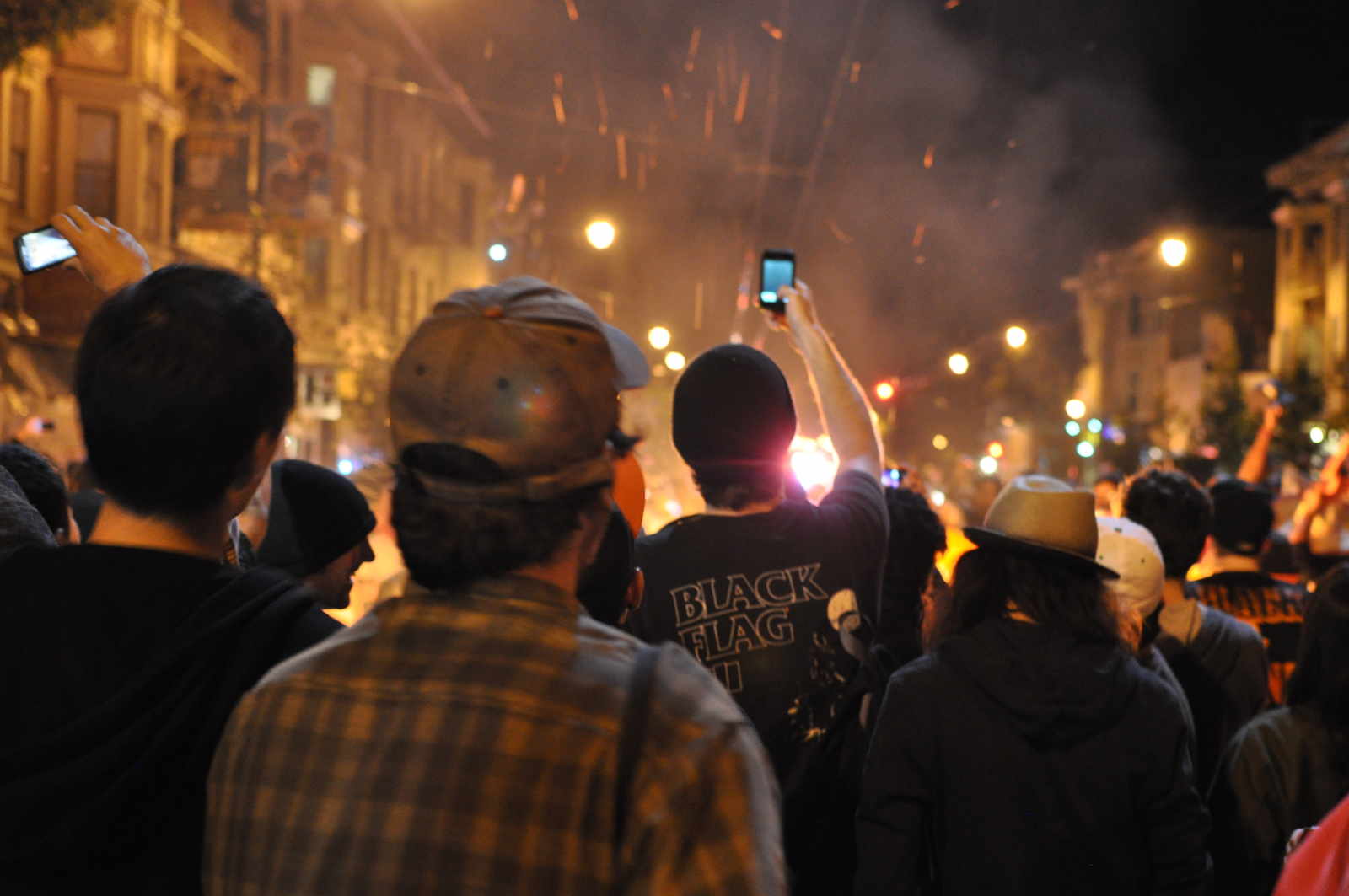 This dude literally doesn't give a shit about anything around him.  After making the sale, he turns around, walks up to the bonfire, makes a gesture with his head that says “oh, that's nice,” and immediately goes back to flipping beer for three times their market value.

Shortly, after I took these snaps, the riot cops began running at the crowd and Valencia Street turned into the running of the bulls.  At one point I looked to my left and saw CB/CW running away from the advancing police with all the other cool kids.

My life is complete.

Dude, he was at Civic Center slanging knock off SF Giants hats before the game. If I wasn’t so proudly shocked by his entrepreneurial prowess I would’ve taken an out of focus cell phone shot. I’m waiting for Prop 19 to pass for him to start becoming Cold Beer, Cold Water, Fat Joints. Ganja Treats guy would be defenseless to his powers. Go out and vote people!!!! Luckily the polling places close late so you can go after you hit up Boogaloos.

I thought I saw him on TV when they cut to the crowd at the Civic Center immediately after the game ended.