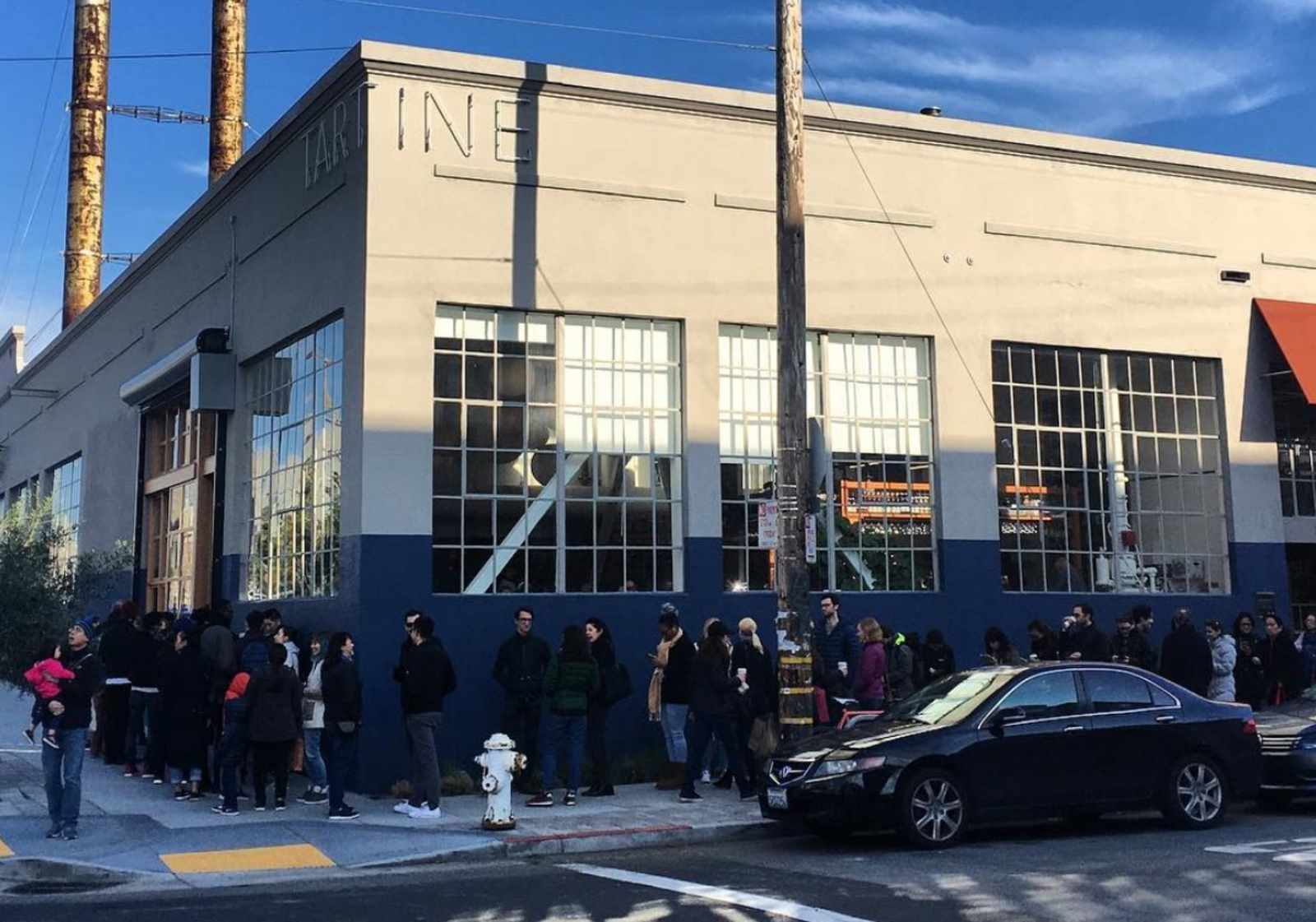 If you’re one of the many, many people that have waited in line to sample the goods at Tartine Manufactory then the Chronicle’s top food reviewer has a message for you: You’re an idiot. At least that appears to be the takeaway of Michael Bauer’s recent review of the sprawling “multi-faceted maker’s space” that opened this past August on the corner of 18th and Alabama.

It seems that Bauer’s beef isn’t with the restaurant itself—which he practically falls over himself to shower praise on—but rather the fact that anyone could be bothered to wait in a line to eat there.

“Much has been written about the Manufactory, and the lines have been long for breakfast and lunch; oftentimes there are about as many people waiting outside as there are seats inside,” he writes. “On at least three occasions I drove by with the intention of stopping, but even with the lure of the fabulous pastries, I couldn’t abide the lines and the prospect of scrambling for a seat inside.”

That’s right, the dude who literally gets paid to wait in lines can’t abide.

Thankfully for the ever-so-busy arbiter of all that is good, the restaurant started taking reservations in November—”a godsend for those of us who refuse to stand in line,” he notes. And yet, as the fact that he once reviewed Mission Chinese proves, Bauer has clearly spent plenty of time over the course of his 30-year career waiting in lines. So why the newfound aversion? Was he just trying to avoid being harassed by this guy?

Maybe. Or maybe he simply wanted to let you know that in the eyes of this esteemed critic, all you line-waiters are merely a bunch of chumps.

The more I read, the greater your material is. I’ve covered a lot of the other sources, like this on https://moonrisebaywine.comnonetheless, only here, I’ve found
legitimate information with such necessary facts to bear in mind.

I suggest you will publish articles with various topics to update
our knowledge, mine in particular. The language is just another thing-just
brilliant! I believe I’ve already found my ideal supply of the most up-to-date information, thanks to you!

Properly, what comes across in this article is of which the author is really a true fan of the
subject. I genuinely enjoy how obviously everything is discussed.
Such narrating We noticed in the sites of https://ateliertheater.ch/. Signing up.
Now.

Oh yea, I was exploring the topic for the while,
and this particular post helped myself a lot. I’m so happy to find what I was looking for in this article.
I’ve formerly see the post in this article https://edu-quotes.com/quotes/students/, but your own article is further regarding
the knowledge of the subject field. Thank you so much for this particular
ground research!

Fine way of explaining, and fastidious piece of writing to get
information regarding my presentation subject matter, which i am
going to deliver in college.