Valencia's Still Got It 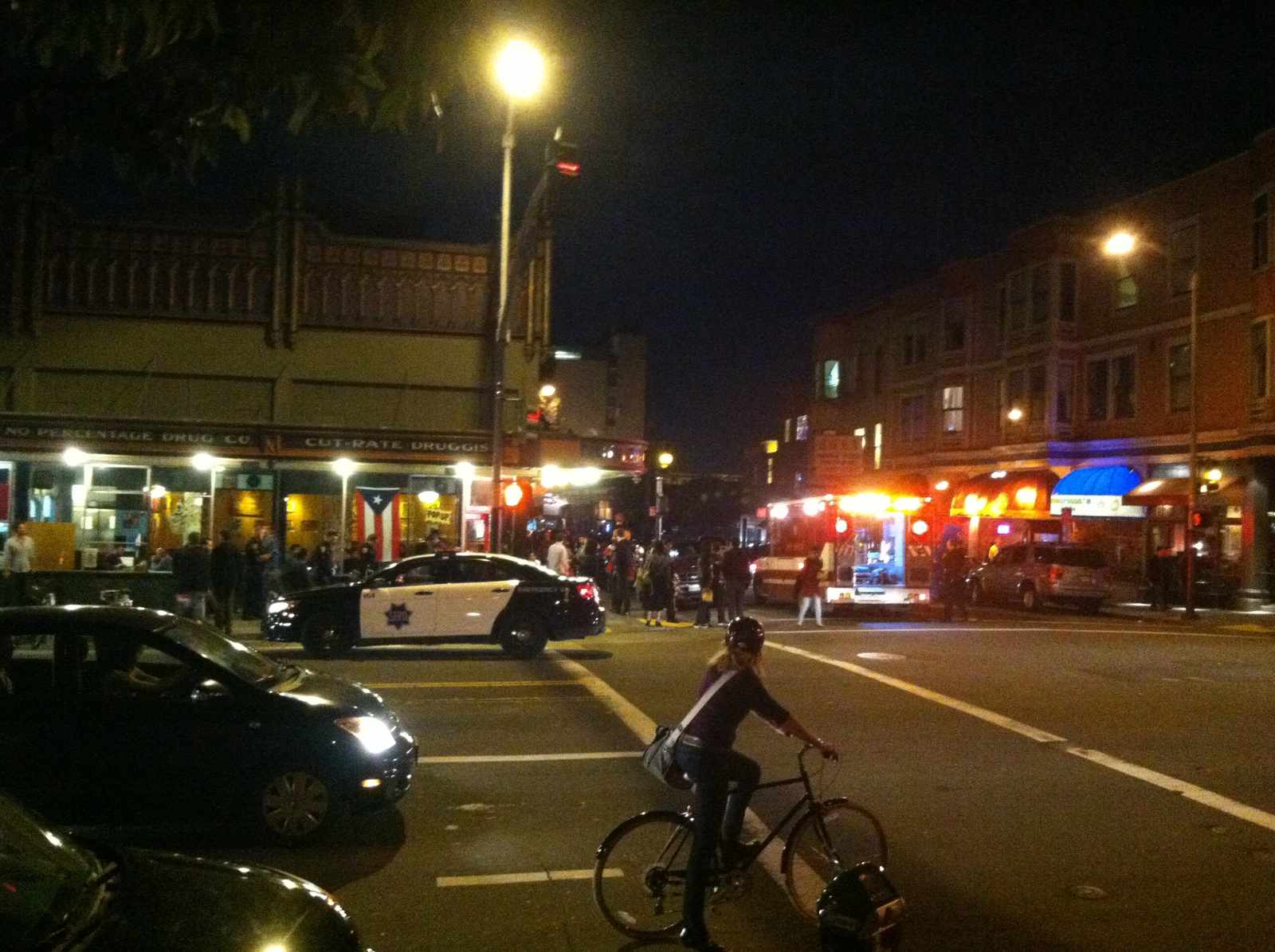 Last night at around 9:00 PM, the police received reports of a naked man chasing a woman around Valencia.

SFPD Mission units responding to the area of Valencia & 21st. Report of a naked male chasing a female.

The man, clothed only in sunglasses, finally ended his reign of naked terror outside of Boogaloos on 22nd and Valencia. Bare ass on the sidewalk, and head resting against the glass, the sartorially challenged dude was essentially ignored by everyone trying to get their pop-up dinner on inside the restaurant.

Surrounded by the police, who were clearly waiting for the EMT’s to arrive, it seemed obvious to that this bro was high out of his mind. This suspicion was confirmed when the otherwise entirely silent fellow yelled, at the top of his lungs, “my name is GLADIATOR!”

are you not entertained?

I was trying out my new naked app.

You should try making a joke making app first

Yeah you really need it buddy, might want to get on that

No, you first brah.

He was first seen walking up Valencia with a female companion who was trying to deflect attention away from him.  A rather well set-up young man, he claimed he wasn’t cold and requests for a photo were denied.  Later on he was seen high-tailing it up 22nd street pursued by an angry mob who said he had ‘shouldered’ a 70 year old man to the ground.   After being knocked down himself, Birthday Suit suffered a kick or two and then apparently rested uncomfortably until the police arrived.  Dinner at Heirloom was otherwise memorable!