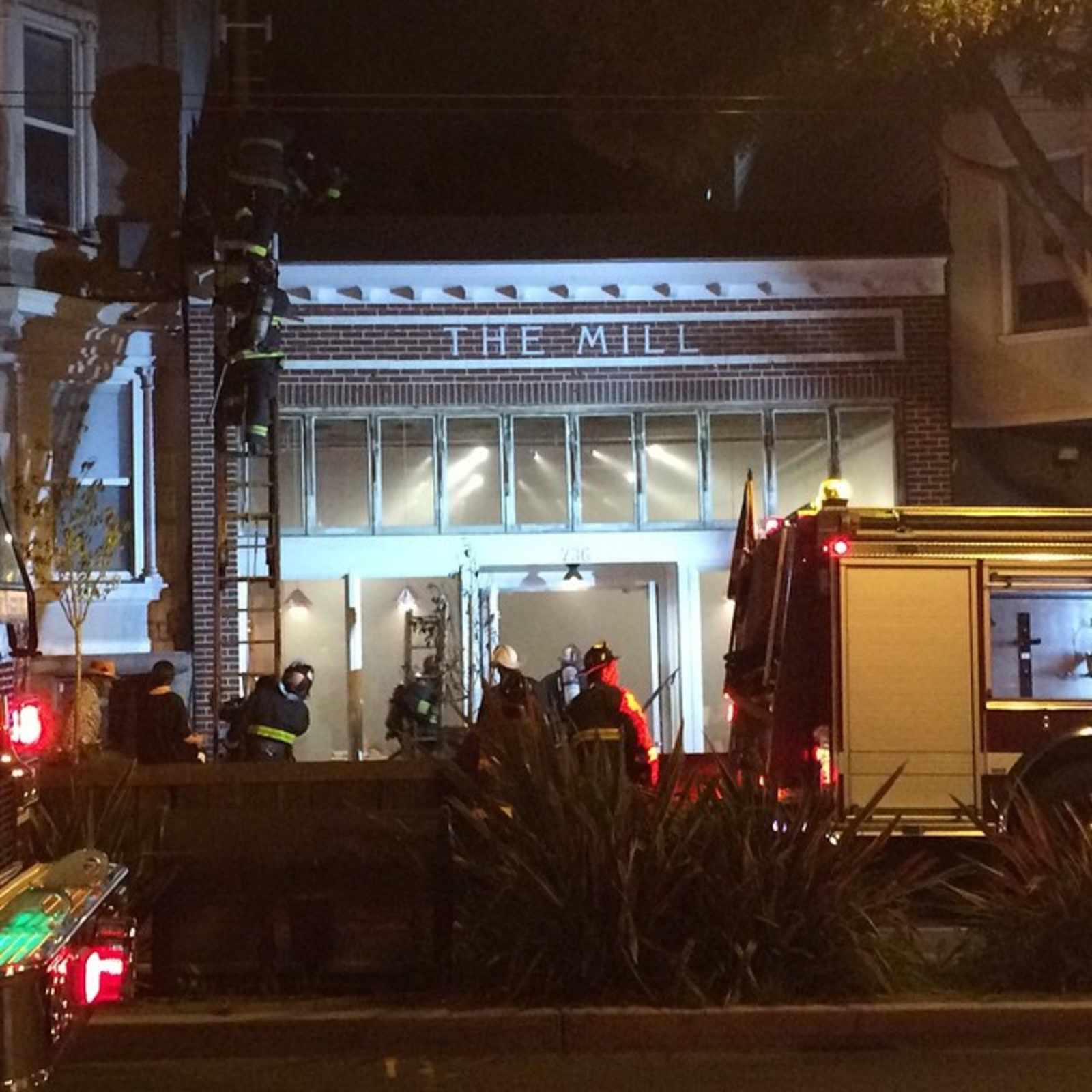 Last night The Mill, San Francisco’s premier $4.00 toast emporium, caught fire and brought the SFFD out in force. Fortunately, it appears that nothing was seriously damaged, though the place was in need of a serious airing out when Uptown Almanac checked it out last night.

Update: According to Eater, the fire was the result of a pop-up dinner:

Wilcox, formerly of Mill Valley Beerworks and Gjelina, was holding a “shrimp shack” pop-up at the Divisadero bakery known for its $4 $3.75 toast when, according to a tipster, the ceiling caught fire. […]

As it turns out, the culprit was the Mill’s stock in trade: built-up flour that had accumulated in their flue, and combusted when exposed to flame. The diners’ money was refunded and the pop-up was shut down for the night […]

The Mill reopened on Saturday and business continues as usual. “Small fire in the oven flue, could have been a lot worse,” owner Josey Baker told Hoodline. “In the end, not a huge deal, though a solid scare.”