Gavin Newsom's Company Buys Luna Park, Will Turn It Into a Bar Linked to MatrixFillmore 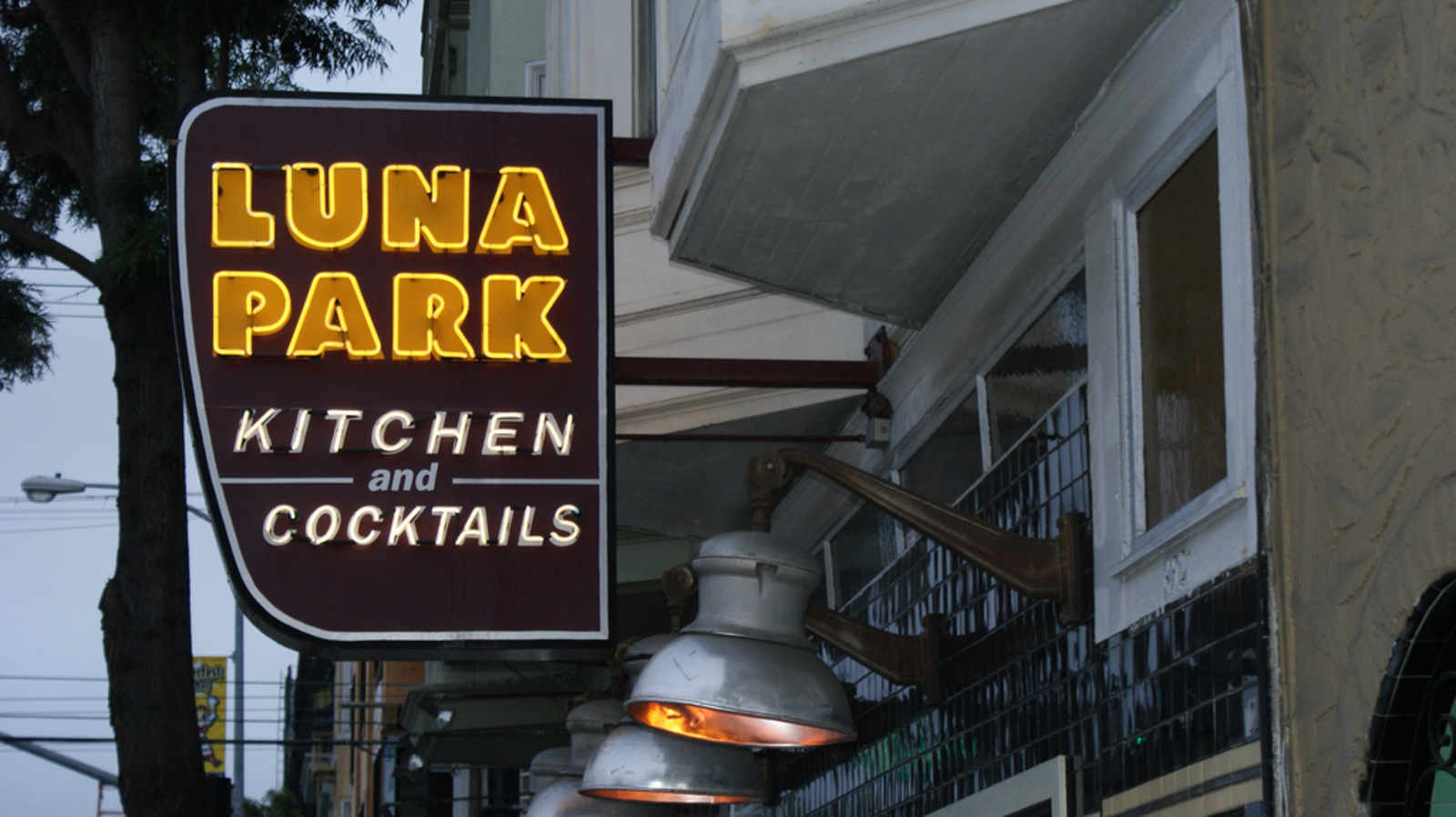 It seems that Lieutenant Governor Gavin Newsom’s business empire has its eyes on Valencia Street. According to public records, PlumpJack Group has purchased Luna Park. We’re told the long-standing Valencia Street restaurant will be turned into a bar.

When reached by phone, owner AJ Gilbert said Luna Park will close by the end of the year. He stressed that all of the current employees would be invited to stay on with the new business, and that he is “really excited about who’s buying” the location. While he declined to inform Uptown Almanac as to the identity of the new owner, he said that it is a “great buyer” and that the new bar will be “a great addition to the neighborhood.”

Business records filed with the state say that Luna Park’s new owners, Gaslight Cafe Partners, are located at 3138 Fillmore St. That is the same address as MatrixFillmore, a Marina ultra lounge known for its bottle service, fireplaces, and being popular with pickup artists. MatrixFillmore is owned by PlumpJack Group, which was founded by the Lieutenant Governor. Newsom is still a partner in the business and “consults with the management team on matters of vision.” PlumpJack is currently run by Newsom’s sister. 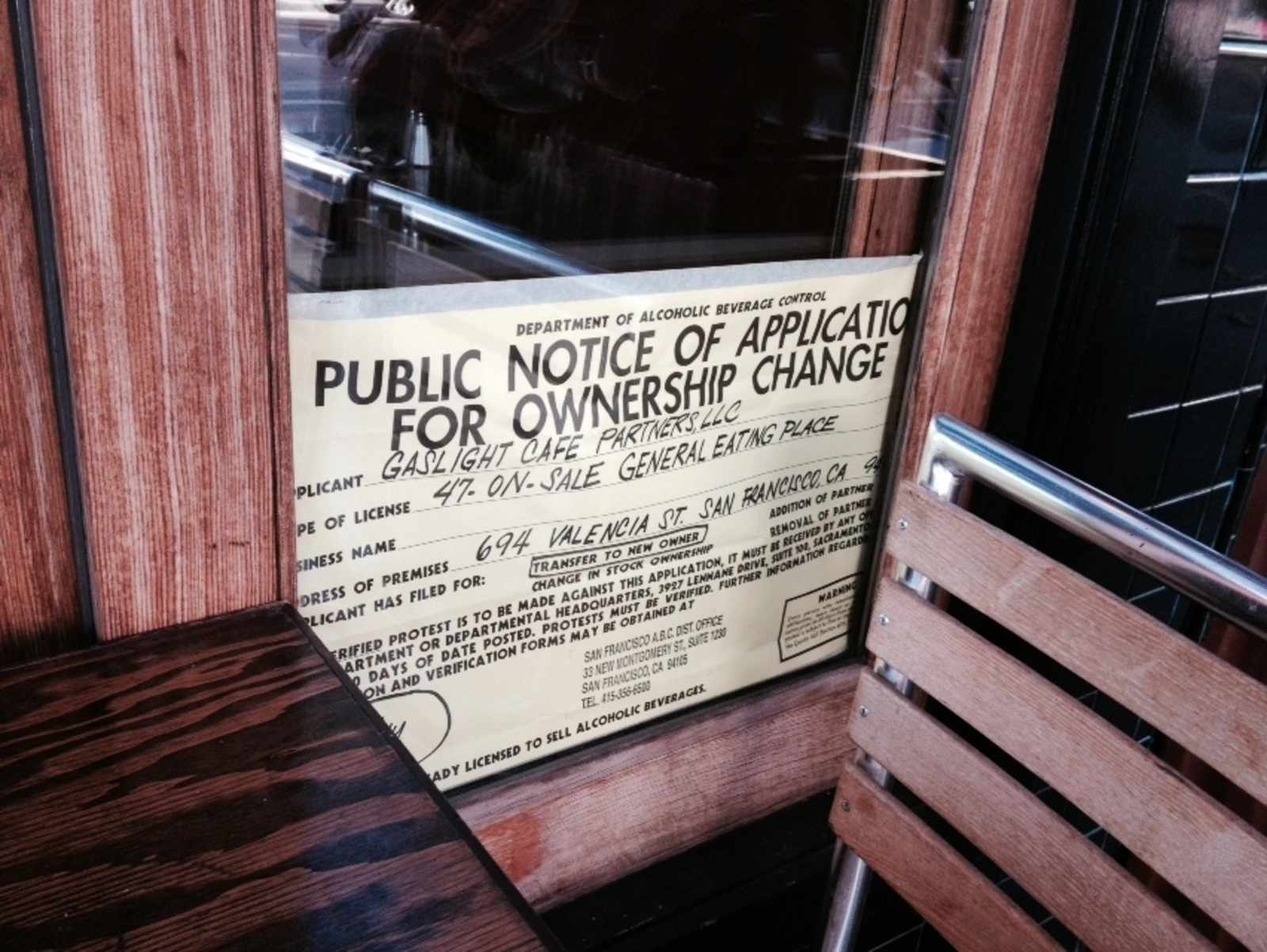 Asked for additional detail as to why Gilbert was selling the seemingly successful business, Gilbert explained that he is preemptively closing Luna Park to avoid projected increases in labor costs. Specifically, he mentioned the upcoming vote to increase the minimum wage to $15.00 per hour, which he believes is assured passage. Gilbert went on to say that the restaurant industry allows for employees to rise through its ranks and that his General Manager started as a bus boy 15 years ago, but that “waiters do not need to be making $15 a hour” pre-tip.

“The rising costs in San Francisco is a really important factor [in the decision.]”

Gilbert was adamant that with the rising costs of labor, a restaurant with a large staff offering five separate menus is simply impractical. “I ask everyone to take a look at the amount of employees Luna Park employs, and then to look at the number of employees the new business employs.” The implication being that the new business will have less employees by necessity. While this may seem to contradict his previous statement about all current employees being invited to stay on, it should be noted that restaurant and bar employees often seek new jobs in times of transition. Take Pop’s Bar: the new owner offered the bar’s former staff jobs, but most declined.

When asked about PlumpJack’s involvement in the sale, Gilbert stopped responding to our inquiries.

This post has been heavily edited since its original publication.

“The closure of Luna Park is yet another example of a successful, not-inexpensive business closing down on Valencia Street due to increased operating costs.”It’s funny. You new UA writers seem very traditionally SF-left, sympathetic to the working man, and the working owner. But the “increased operating costs” here are LABOR costs, which you usually tip your hat to as a just expenditure. You now seem to be casting your lot with the anti-labor, “woe is me, I can’t make the profit margin I want to make”-owner of a profitable business. It you’re as “left” as you imagine you are, consider investigating a little further. Is paying workers an insurmountable burden? Or did Matrix Fillmore offer a shitload of money to make for an easy departure?

oh, please. that snoozefest of a place was always on groupon.

The sister LA Luna Park is under new ownership as of last year.

I remember when Luna Park opened and my husband and I were like, “What the fuck is this yuppie shit? It won’t last!” Well, sadly, we were oh so wrong.

You are whats wrong with the “community”.

You make newcomers unwelcome with your faux snobby sentiments and then

wonder why the market forces are so tonedeaf to yours.

shows that your degree of resentment who are unlike you, is no less.

It’s just the harmless braying of irrelevant, middle-aged losers whose greatest life achievement was signing a lease on a rent controlled apartment 15 years ago.

Big words from a 20-something misemployed code monkey who hasn’t come to terms with the meaningless impact of the hideous app he works 10 hours a day on.

Hurry up, SF, conform! Conform! Everyone look the same and work in the same industry!

Empty words from a bitter dinosaur and future Stockton resident.

well, i’ve always kind of wanted to see what a pick-up artist looked like, so i guess now i get my chance?

Well, at least this blog is getting back on track.  Even investigative reporting.    Impressed.  Win.

The father of another Lieutenant Governor, Leo T. McCarthy, owned a bar a few blocks away on Mission Street between 20th & 21st Streets.

Damn, that’s really awful news.  I’ve been waiting for the day when the bro marina scene completely invades the Mission.  A lot of bros can’t live in the Marina, as theyre priced out.  I figure they’ve been living in other areas and traveling there for on weekends.  Seems someone realized the bro contingent in the western part of the Mission is a thing.

Luna Park spelled backwards is Anul Krap….suprised it lasted this long given the name.  Where will all the marina folks take their out of town guests when they decide to “check out the mission tonight”.

I could see Zuckerberg being bummed about this.

“There goes the neighborhood!”

well, well, well, another day and another victory for the yuppie tech crowd.

When will our city officials realize that dive bars and cheap eats are what made San Francisco terrific in the 90’s?

Since the latest boom- and I mean latest because we have all seen this before- working people have been pushed out of the city in favor of a bunch of robots who like to say things like “dude” and “bro” while drinking $15 cocktials. Let me tell you- I am sick of it.

Why not do something about it for once?  Why don’t we use the tech fiends’ own tools against them and start our own kickstarter or crowdfunding campaign to keep our favorite mission taquerias and dive bars open for busines?

I just hope the new owner tries to keep some character from the old place and not the “chain restaurant” type that you find in any other city, please keep San Francisco different.