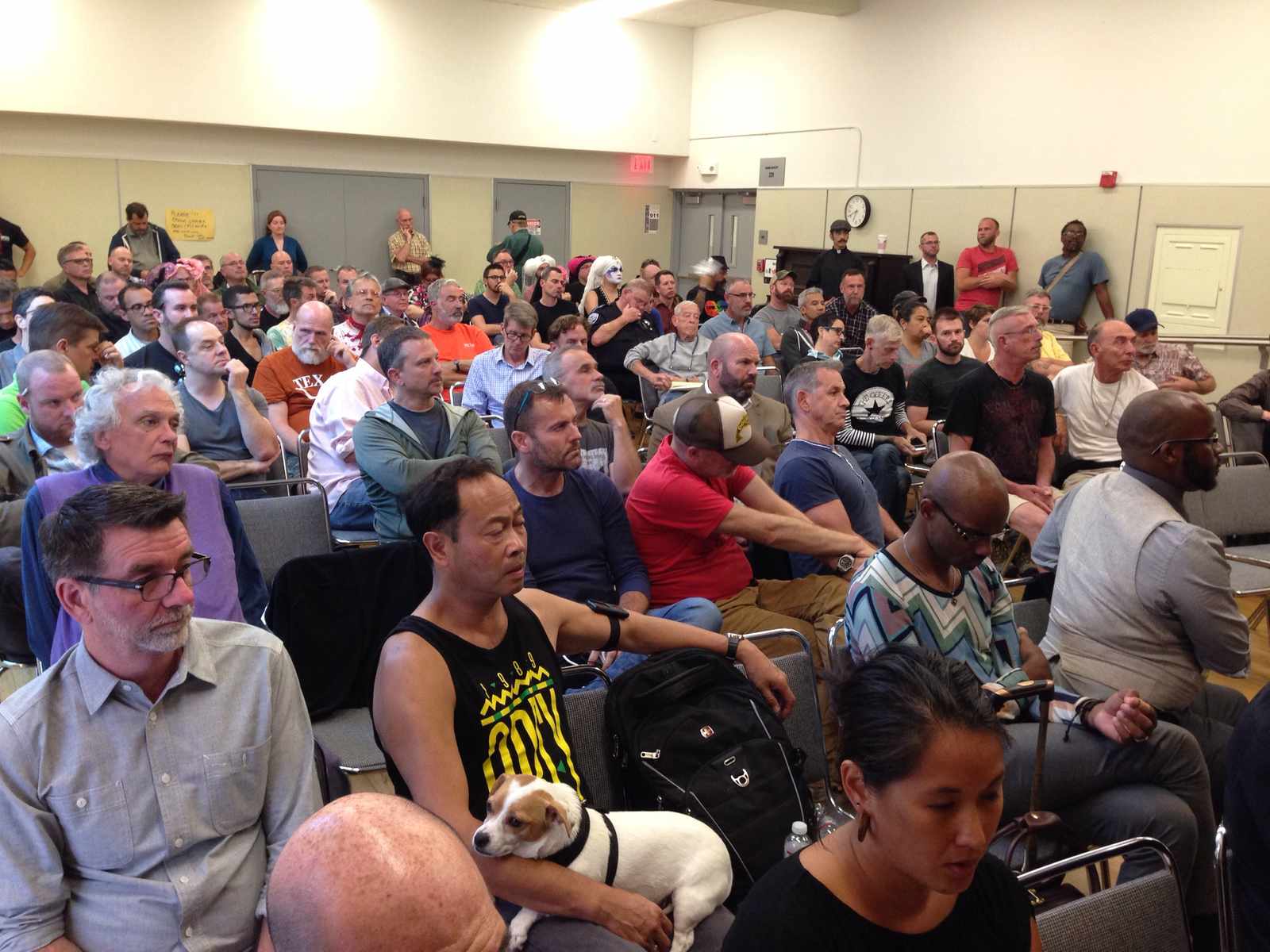 If you attended the Pink Saturday community meeting last night, and never participated in the relatively unregulated street party that happens every year on Castro Street the night before the SF Pride Parade, you might believe that there is no LGBT presence at one of the biggest LGBT parties of the year.

The Sisters of Perpetual Indulgence asked for community input on the future of Pink Saturday after an assault on one of their own happened at 18th and Castro Street during primetime of the party this year. Word on the street is that the Sisters either want to distance themselves from the event or cancel it altogether (if that is within their power), although that wasn’t an explicitly stated goal last night.

The meeting was well attended—standing room only at times—in the Eureka Valley Rec Center. Two hours were established for public comment on the event. While the time limit was strictly adhered to, there wasn’t an agenda or any stated goal to the meeting.

There were a few opening remarks from Sisters directly involved in planning the event. Scott Wiener shared insight as the representative of the district on the SF Board of Supervisors (after thumping his chest about the new trees shoved into the ground as part of the never-ending neighborhood beautification project). Representatives from the SF Police Department and a few neighborhood patrol groups were present. Members of the public were asked to focus on offering suggestions and to avoid complaining. Consequently, thinly-veiled racism was couched inside resentment against the aging process.

In other words, the room was full of white gay guys over the age of 50 that are annoyed that LGBT culture is changing and leaving them behind.

Perhaps that sounds harsh, but the recurring theme of the community meeting was about “outsiders” sneaking in to queer space when they have no right or (legitimate) interest in being there. One fellow, a self-identified DJ, told the crowd that he heard rap and/or hip hop music at times: “Songs about dicks going into pussies has nothing to do with gay pride.” Another claimed that the crowd at Pink Saturday is worse than the attendees at Mardi Gras—and he has been to both!! 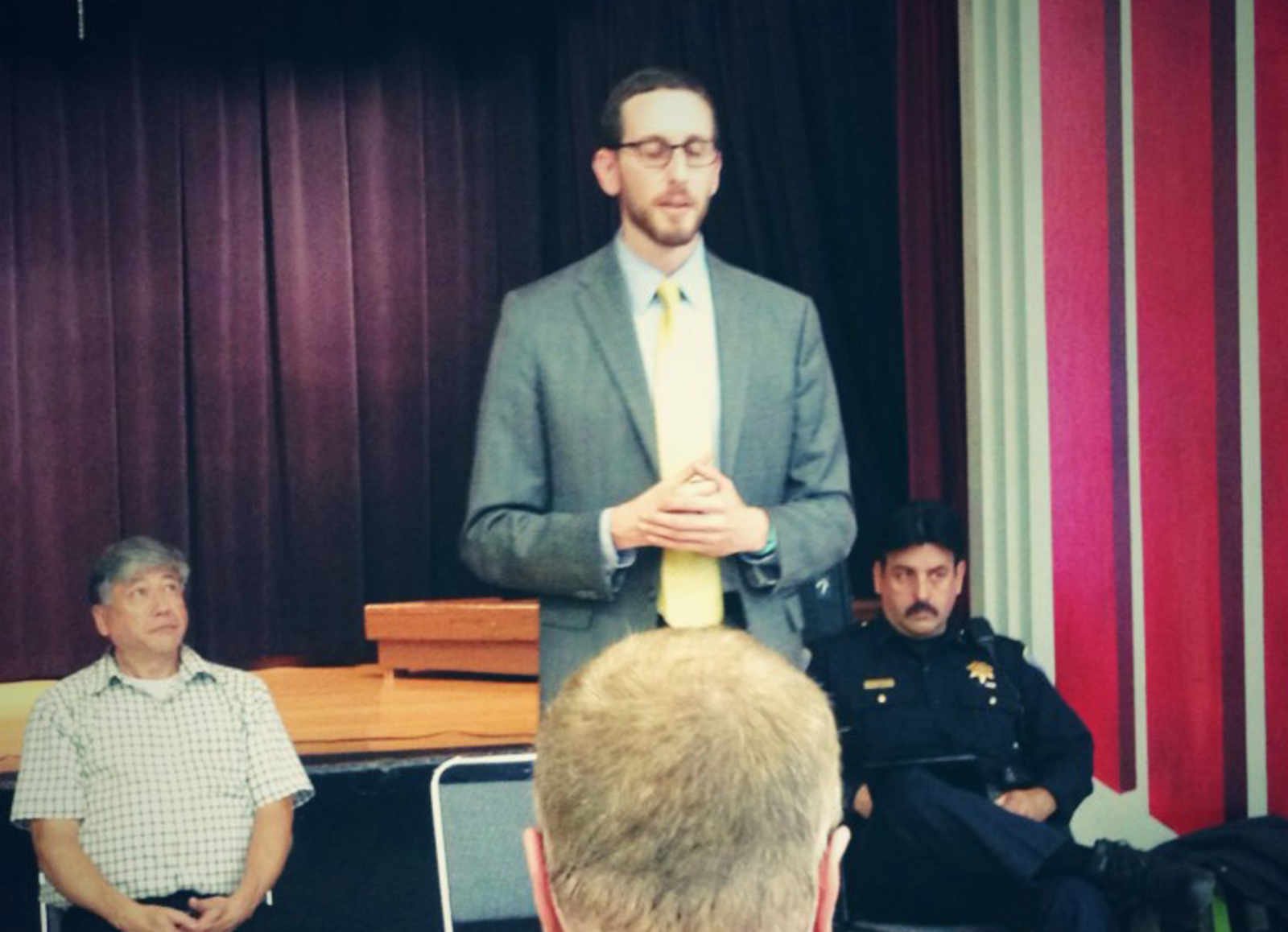 Of course, the increase in violence is not the fault of the SF Police Department. While giving Supervisor Wiener a hand job in front of the room (he is the ONLY politician that understands them), Officer Tony Orlando (formerly performing with Dawn) told the room that the force is understaffed! He heard that aggressive music too! He saw known gang members from BAYVIEW lurking at the fringes of the party! A local hip-hop radio station promotes Pink Saturday and encourages “them” to show up, then “they” go on Instagram to tell others!

As the meeting passed the one-hour mark, voices of reason began to emerge. Rather polite and thoughtful comments were made suggesting that not all young people in attendance were drunk or on drugs or straight or murderers and it’s entirely possible that some of those hip-hop aficionados might be—gasp—gay too.

Some concrete suggestions were aired, but this is clearly a complex dilemma for the neighborhood. Unlike Halloween (another unregulated street event that struggled with incidents of violence and was ultimately killed with the help of then-supervisor Bevan Dufty, who was not in attendance last night), Pink Saturday is a penultimate event that takes place while hundreds of thousands of people from all over the world are in San Francisco to celebrate.

Not even booking Kenny G to perform on a stage at Market and Castro Street is going to discourage rowdy behavior.

Current President of the Board of SF Pride, Gary Virginia, offered real insight into the struggles that the Pride Board faces and how those difficulties are very similar to what the Sisters are dealing with on Pink Saturday. The problem is money. Mr. Virgina explained that the City of San Francisco has been the recipient of millions of dollars of tax revenue over multiple decades that can be directly traced to tourism during the month of June.

Pride month in San Francisco is packed with parties, cultural events, a film festival, and three huge political marches that fill hotels, restaurants and nightclubs. What does the City provide to the organizers of these lucrative revenue generating events in return for the windfall? Not very much.

In fact, SF Pride receives $80,000 from the City. The Sisters get nothing from the City for the work they do to organize Pink Saturday. Neither organization is looking to profit but they both could use resources from the city that has reaped uncounted millions of dollars from the LGBT community to better manage these events.

By the time Mr. Virginia made his factual and reasoned point to the room, Supervisor Wiener had already left to attend another event.

At 8pm, the meeting abruptly ended without a mention of next steps or further planning meetings. Hopefully someone will find a way to close down the Church and Castro Street Muni stations so that people who don’t belong in the neighborhood are prevented from getting in.

Unfortunately, that was the message delivered from the community last night.

Thanks for reporting on this. Racism within the LGBT community isn’t addressed nearly enough.

Patrick and all, Thanks for addressing the issue of racism in the gay community.    Not that Weiner is all bad, but he also seem caught up with the privelege that its okay for his white friends to get over the top drunk for their celebration, but when browner people openly, its time to send in the militarized police.

So I suppose we should just pretend not to notice who comes to the event to openly mock us?

He should strive for equality, and encourage the police to come down just as heavily on those who are drinking from an open container, or are visibly intoxicated for all groups, and not excluding his friend groups from even handed enforcement.

Thanks Patrick! This is very well written, stating the obvious resentment and racial-ization that often gets a pass when lots of middle class white boys get together.

So your response to perceived racism is to offer up a big steaming heap of ageism. And this at a time when many in the community are fretting about the “de-gaying” of the Castro and the forced eviction of so many gay elders.

There are also conversations about the difficulties faced by many LGBT youth that flee to San Francisco while that room was full of older men complaining about the terrible, drunken, intimidating young people and their rotten jungle music.

Plenty of generalizations going around….

Now Patrick, who is the first person in this discussion to use the term “jungle music” was it the people at that meeting, or you?

It was me. Just because it wasn’t used in the room doesn’t mean it wasn’t lingering in the air like a fart in an elevator.

There were numerous references to “that music” and “those people” and how the music isn’t appropriate and has an effect on how people act.

I could have listed all the tweets I sent out durng the meeting to bolster my summary but I felt like I had written enough for this blog.

When the meeting ajourned I spoke with four presumably African-American people gathered at the back of the room (3 of whom I am acquainted with) and asked them to please refrain from stabbing anyone and/or peeing on any front porches as they exit the neighborhood. We all had a good laugh - not at the obviousness of the statements made during the meeting, but at the seemingly utter lack of awareness of what those fears/complaints sound like.

Without the use of exaggeration or inflamatory language to describe the statements made by the majority white, male, older audience, they might never consider that they sound like a bunch of assholes.

If the meeting was OPEN TO THE PUBLIC, and 3 months after the last Pink Saturday, are you telling me that people of diverse ethnicities (other than the Asian man in the photo) couldnt be bothered to attend and therefore a couple “old white guys” who may not want “racey” hip hop (pun intended) are racist?

Sounds like people looking to blame, label and point fingers.

At least the Sisters are trying to do the best they can in a difficult situation.

I sure would like to know what the purpose of Pink Saturday is and get a handle on what exactly is being celebrated. It’s a party to, um, party before the party on Pride Sunday?

In the days leading up to the SF Pride March of Corporations, er, Parade and Celebration we have the Dyke and Trans March and their points are clear: for the Ls and Ts to be visible and proud, and their allies to display solidarity.

But why exactly are the Pink Saturday organizers putting on an event?

If you’re a D8 voter, please check out my DIY Democracy candidacy for Supervisor site.

“Penultimate” doesn’t mean what you think it means.

I think that the de-evolution of the Dyke March is a contributor to the shift in Pink Saturday.  In the 15 years the Dyke March has gone past my house, it has shifted from a 99% female event to a bro-tastic party.  The “march” component used to take 40-50 minutes to walk past my house.  Now the march is done in 10 minutes, and people are just drinking in the street.

“heard rap and/or hip hop music at times: “Songs about dicks going into pussies has nothing to do with gay pride.”

This absolutely came from the 3’ speakers on my stoop and the song was “Ain’t No Fun’.  Glad to be a part of disrubting the ‘Good ol gay boys’ club.

What should be considered is that the young LOCAL people couldn’t be bothered to show up, that is how little they care about this event or the community it is in.  That is the story here.  Not that the people who took the time and made the effort to show up were “too old” or “too white” to have an opinion that counts.

The event us great until nightfall and thats when the crowd from joyou happy entertained attendees to non donating problem causing intoxicated straight men and women of color that are verbally insulting and up to no good. I work the gates and love this event it’s sinply the very real reality 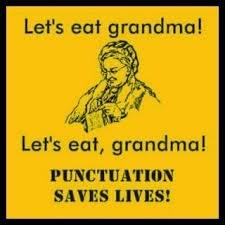