Rainbow Crosswalk Comes to the Castro 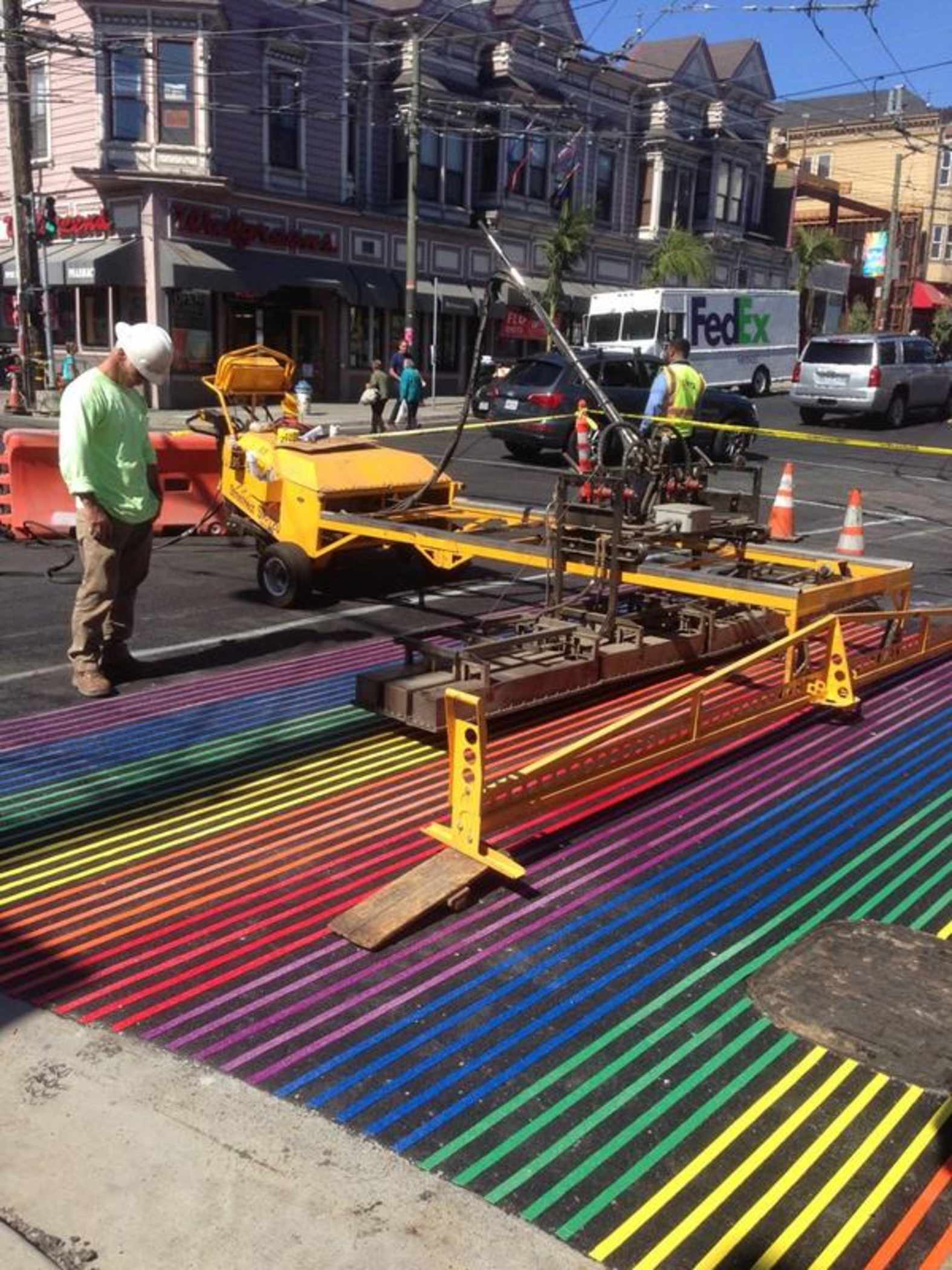 San Francisco has been planning to add rainbow crosswalks to the streets of the Castro since March. And as the above picture clearly demonstrates, that day has finally come.

The LA Times reported at the time of the plan’s announcement:

Multicolored crosswalks at the intersection of Castro and 18th streets will be added as part of a larger streetscape improvement project for the area, said Andrea Aiello, executive director of the Castro/Upper Market Community Benefits District.

The crosswalk design, Aiello said, “emanated from the community,” and “there’s a feeling it represents the LGBT community and the important role it has played in this neighborhood.” […]

The rainbow crosswalks in the Castro are being added as part of the larger Castro Streetscape project, a collaboration between city and private entities, said Rachel Gordon, spokeswoman for the San Francisco Department of Public Works.

While internet commentators have complained that this is a step toward turning the Castro into a “gay theme park,” we’re just going to go ahead and say that these look pretty cool.

Gay theme park?  No way – Globochem wants to turn the Castro into Bachelorland.

Oh.  THAT’S what they had to jackhammer up the street for from 11P-8A for the past two nights.  AWESOME.

LGBT in the Castro? Not really. More like just the G. And even that, Not so much anymore.

Says the idiot who clearly doesn’t live in the heart of the Castro.  This line of bullshit has absolutely no basis whatsover and is not even laughable when some gay blogger gets an op-ed piece in the SFist about such a claim.  BELIEVE ME It’s gay as (ass)FUCK(ing) at 18th and Castro.

The aesthetics of a social movement are not the same as actually achieving the goals of the movement.

How many homeless LGBT youth could we house or feed for what we paid for a shitty crosswalk?

I voted for the bandana pattern. The mod pattern looked best on the screen when it was time to vote, but I knew it would look a little janky on the actual street. Sure enough, the pavement in the background makes the mod crosswalk already look faded and covered in gum.

JUst love the rainbow crosswalks , one day i shall venture to California to see them in person. Friend of mine sent me the link to check-out the awesome photos.