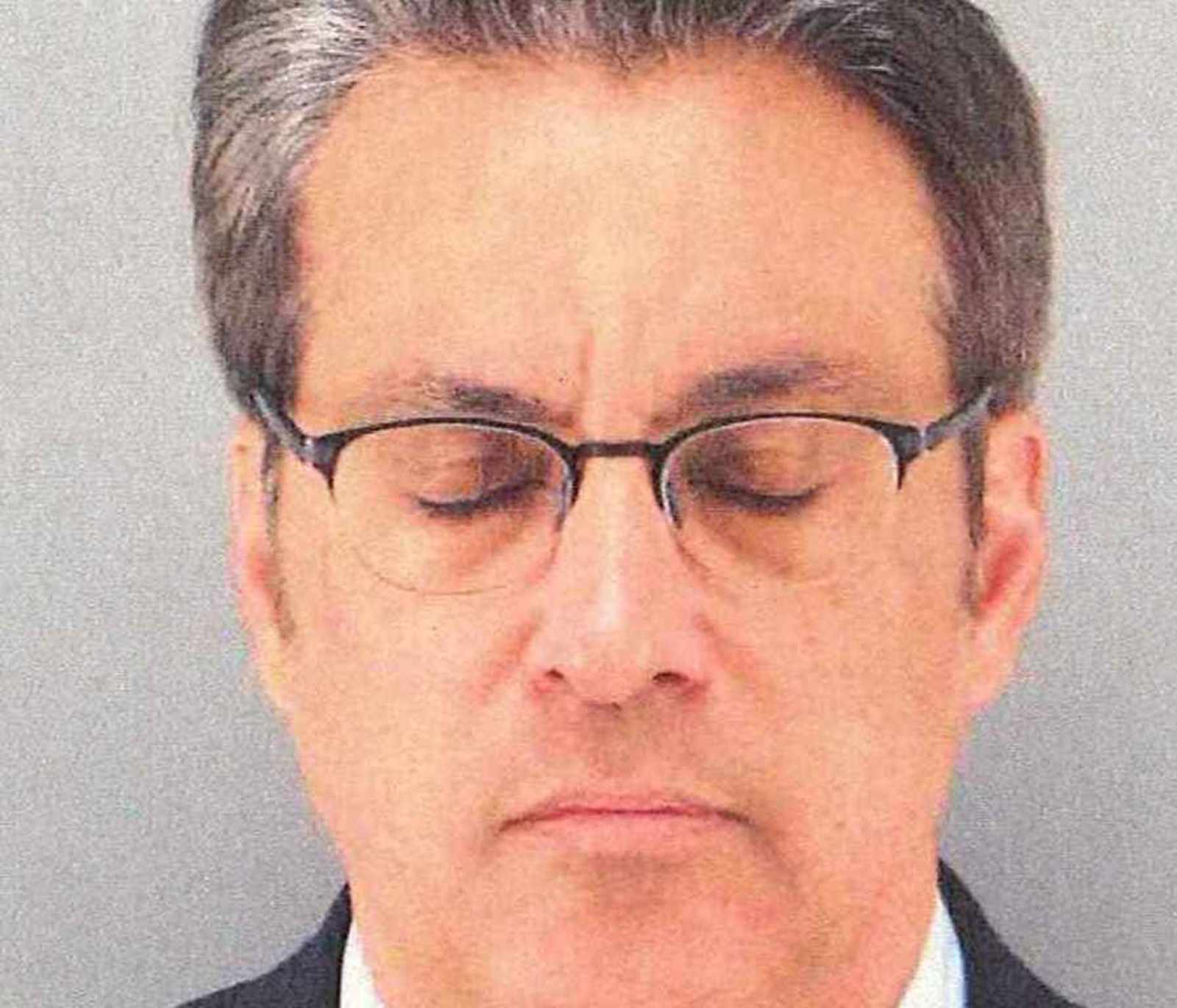 San Francisco Sheriff Ross Mirkarimi is fucked. While some think of him as a victim of an Ed Lee-driven witchhunt against progressives, most see him as a wife-beating monster unfit for office. Voters wanted to see him removed from office by a 2-to-1 margin, political insiders shun him, and tech billionaires are spending hundreds of thousands of dollars to remind voters of the charges once filed against Mirkarimi.

Yet in spite of being politically finished, Mirkarimi is running for re-election, according to papers filed earlier this year with the city’s Ethics Commission. 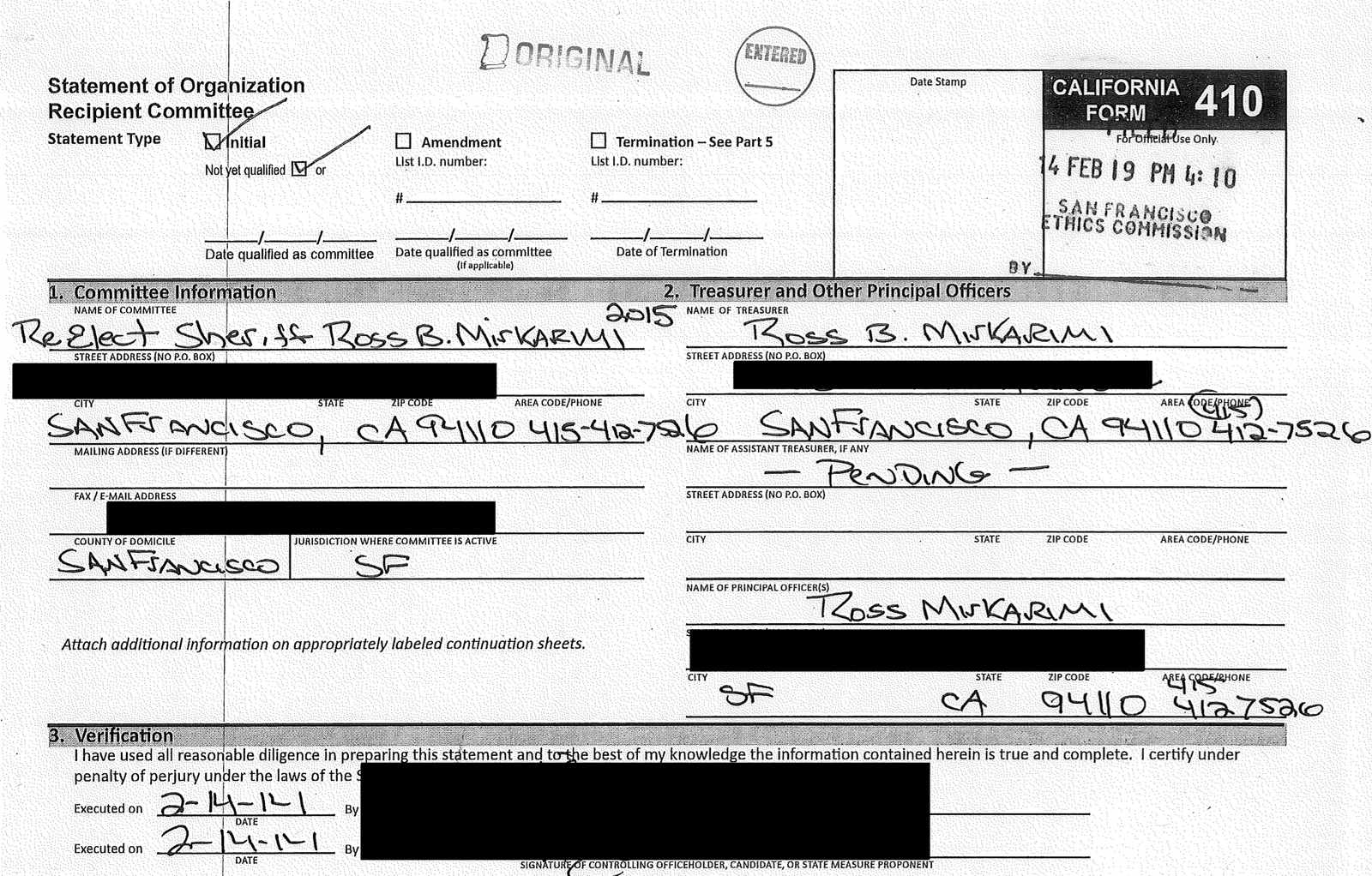 Perhaps even more bizarre than the fact Mirkarimi is bothering with running is that he’s keeping the campaign a secret. Typically, politicians celebrate filing re-election paperwork with a rally on the steps of City Hall, hoping to drum up some media attention and campaign donations. But for Mirkarimi, it was just boring old paperwork. In fact, he hasn’t even mentioned the campaign to the press since The Chronicle interviewed him about a prospective run last October.

And when it comes to money, Mirkarimi’s future looks even more grim. Financial data for Mirkarimi’s 2015 campaign committee hasn’t yet been posted by the Ethics Commission. However, his January filing indicates he raised no money in 2013, and his campaign account balance is so low that Wells Fargo is charging him a monthly service fee.

According to The Chronicle, domestic violence advocates are already looking at potential challengers. As Beverly Upton of San Francisco Domestic Violence Consortium put it, “I don’t believe that San Francisco will have amnesia.”

Ah, yes, the golden days of a “bomb scare” at City Hall where the only person evacuated was the Mayor. As he was testifying at an Ethics Commission hearing about Mirkarimi’s suspension.

I’m sure it was all just a crazy coincidence and completely unconnected to all the voter fraud that led to his installment as Ron Conway’s personal ass cleaner and errand boy.

ross has done more to ruin the progressives than any shitty mailer from downtown interests ever did.

He’s done a good job as Sheriff, but I suspect that you’re correct in suggesting that he is no longer electable.

Yeah.  He’s done a great job as sherrif and enforcing laws.  I mean, when I think of law abiding citizen, Mirkarimi is the first person who comes to mind.  Well, him and Chris Brown.

Well, the first part of your comment makes sense, but not sure what Mirkarimi would have to do with some crappy R&B singer.

If I must spell it out for you…Mirkarimi beat up his wife.  Chris Brown beat up his girlfriend.  The parallel is that they’re both abusive law breakers who have anger management issues and clearly have an inability to use good judgment.  Clearly my sarcasm was lost on you as I do not actually think he was a good elected official and will be very happy to see the door hit him on his way out.

He was accused of grabbing her arm, not beating her up. I understand people don’t like him, but at least don’t lie about the situation.

Yes please spell it out for me. The “evidence” was a video tape where he was not even shown. It just showed a spot on his wife which for all I know might have been a blot of ink. His wife then denied any abuse and is now back with the guy living together.

You don’t have to like him but that does not make him a criminal. The plea bargain was because the deck was stacked against him. So he took his chances with the board and won. There was no beating by anyone in this situation. Or nothing that anyone ever proved.

If anything the dude proved he can take a heck of a lot of abuse and keep his cool. That is more than most people would. This man was a hard core leftist but he got the full left wing treatment so maybe; just maybe he will have a balanced view which is a real plus.

A good test of the influence of incumbency

Ed Lee pulled some sneaky shit, but sailed into the mayors office (by votes) simply on the grounds that “incumbent” was listed next to his name and the city didn’t blow up in the 8 months he had been interim mayor.

Maybe people like Beverly Upton and Ron Conway can find a way to support an opponent without further inflicting abuse on the woman and child that they love to exploit and abuse further.

I love how it’s SF favorite hobby to pile on this guy when his family has achieved the outcome that is supposedly desired for situations like these: the family is together.

Such chest thumping over standing up for women….but when the system works that is somehow still a disgrace.

Campos will save him again.

You think?  I think you’re being too optimistic, there, Scum.  I think Mirkarimi has too much baggage in the eyes of most voters to be re-elected.

Indeed. I care not much about the whole issue. When the liberals, and KM care more about how many women and children we are litterally blowing to bits every day, I will listen. When your blog actually mentions what the ‘liberals’ are doing to the whole world I will listen…and maybe give a half ass care about some local domestic violence issue. Cmon readers, name, without googling, how many countries the USA is droning this week. And then how many women organizers in other countries have been killed in dictatorships we support. Colombia and Honduras is just a start. Tahir square? anyone? Oh boy I’m really steamed about this mirkamimi what the fuck his name is.

Dear Kevin: Are you auditioning for C.W. Nevius’ job or something? First you write why Prop B is bad for the stupid voting public, and now trot out a tired retread of anti-Mirkarimi screeds, even including the godawful Beverly Upton as a paragon of virtue. I bookmarked this site a couple of years ago, and rather enjoyed it when Jackson West was writing here briefly, but this is just pathetic.

Nope, not auditioning. While I generally think Ross has done a good job as sheriff, the obvious reality is that he’s unelectable. I’d rather see him LBJ his re-elect and let the progressives put forth a new candidate.

Way back when asked by Sfgate if he was going to run, I belive his answer was why not. As to no money raised, the election is not till Nov 2015.

It’s disappointing seeing the Uptown Almanac get all San Francisco Chronicle smear-tactic on us. Here’s what Mirkarimi actually did in the notorious incident. While still wearing his seatbelt and in his seat, he firmly grasped his wife’s arm as she was attempting to remove their son from his carseat, in an argument about whether she would steal the child from him if they split up (actually removing the child seemed to make the threat real; it’s something that would push a lot of people’s buttons). As soon as she told him to let go, he did and turned the minivan around to head for home, since they were not in fit condition to go out to dinner (which got turned into false imprisonment, the only charge that stuck). That’s not a very exciting incident–of course husbands should not firmly grasp their wive’s arms (and maybe wives shouldn’t use children as weapons in arguments). The Brown-Conway Machine that runs this town was furious that the sheriff-elect was a progressive, not their own mainstream candidate and saw a chance to push him out of office and appoint another puppet like Ed Lee (who was also appointed, in underhanded tactics, you may recall, and promised not to run and ran and all that).

Thus the six-month soap opera that distorted, obscured, and exaggerated what happened and tried to remove the lawfully elected candidate and void the will of the voters. Meanwhile Elena Lopez, the alleged victim, was furious at both the course of events and the depiction of her as someone who could not determine her own self-interest. The pretense that this was in her best interest was a transparent excuse. Now you can see Conway and his cohorts spend hundreds of thousands of dollars to smear David Campos in his assembly race because Campos didn’t vote to remove Mirkarimi from office. Neither did Jane Kim, but since her agenda is closer to the machine’s no one’s going to hold it against her. They don’t care about the incident, and you shouldn’t either; they care about making San Francisco serve the wealthy and disserve the poor, which you might actually want to care about more.

Mirkarimi was a far from perfect human being before and I’m sure he’s flawed. He’s also radically reduced the prison population and introduced a lot of humane and constructive measures to help the prisoners. It would be nice if San Franciscans judged him on how he did his job.

I think I love you.

Nobody is perfect but to try to destroy a family is pur evil. That is what Chron and Upton tried. In my opinion Upton is a radical who has done immense damage to the feminist movement. She has given plenty of fodder to the right to use against them. If a person wanted to damage the cause of feminism they could not do better than Upton.

@Yerba Buena thank you for your informative comment, I and most people in San Francisco had only bits and pieces of this story.

He had nothing to do with the dwindling incarceration numbers, it’s a myth that he is promoting for his own re-election needs.

o% of that was due to his “efforts”

And precisely what “programs” has he instituted to improve the quality of life for the incarcerated?

Indeed, it was a complete hit job.  The Mayor, Gascon, and POA did not want Mirkarimi as Sheriff. Whilst trying to remove him from office Walter Wong, one of Lee’s associates, asked Aaron Peskin to negotiate with Mirkarimi and offer him a different city job if he stepped down as Sheriff.

It wasn’t a “hit job.” Ross has few friends in San Francisco. Even Matt Gonzalez, his former friend, endorsed a different candidate for sherrif. Mirkarimi has too many enemies in SF.