Making Good Use of Our Crumbling Stock of Theaters

The Grand Theater to Become Performance Venue and "Cultural Incubator" 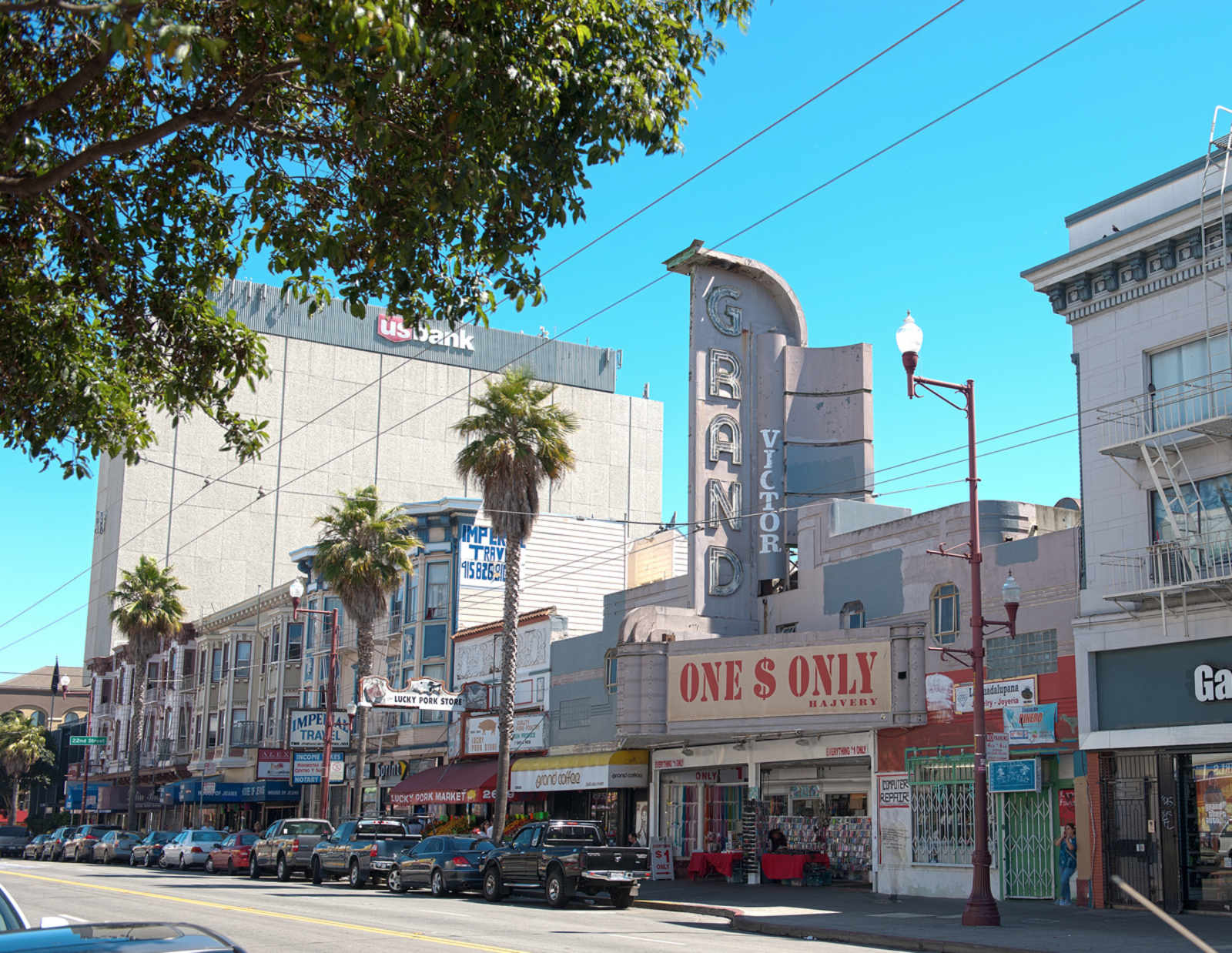 After sitting derelict following the closure of its occupying 99¢ store, Mission Street’s Grand Theater has been taken over by the Gray Area Foundation for the Arts with the goal of turning the space into a media center, venue with capacity for 500 people, and training facility.  Their press release is chock-full of buzzword gobbledygook, but it sounds like a welcome addition to the neighborhood:

Taking inspiration from startup incubators and co-working spaces, Gray Area’s cultural incubator will blur the lines between culture and commerce, providing a framework to amplify social impact, reach a sustainable practice, and scale up. Over the next decade, the program will be home to hundreds of civic and creative projects that have been developed and will be developed by our ongoing initiatives. […]

Members will be an eclectic group of creative practitioners representing a large variety of disciplines including: creative code, product design, interactive installation, performance, architecture, urban planning, film, data science, gaming, writing, journalism, music, and many more. Beyond developing their own projects, members will be showcasing and performing their work to a public audience in the Theater. […]

Last year, the National Endowment for the Arts awarded Gray Area $100,000 to develop an immersive theater for experimental surround cinema with Recombinant Media Labs. While the grant allowed for us to secure this historic building, we will be raising additional funds from our community and institutional partners.

They go on to mention that they locked down a 10 year lease on the space, reminding us that the “current real estate market is pricing cultural organizations out of San Francisco. This campaign brings back a historic cinema to the creative community at a critical time in the city’s history.”

Of course, they have a grip of work ahead of them.  The gutted theater currently looks like an abandoned office: 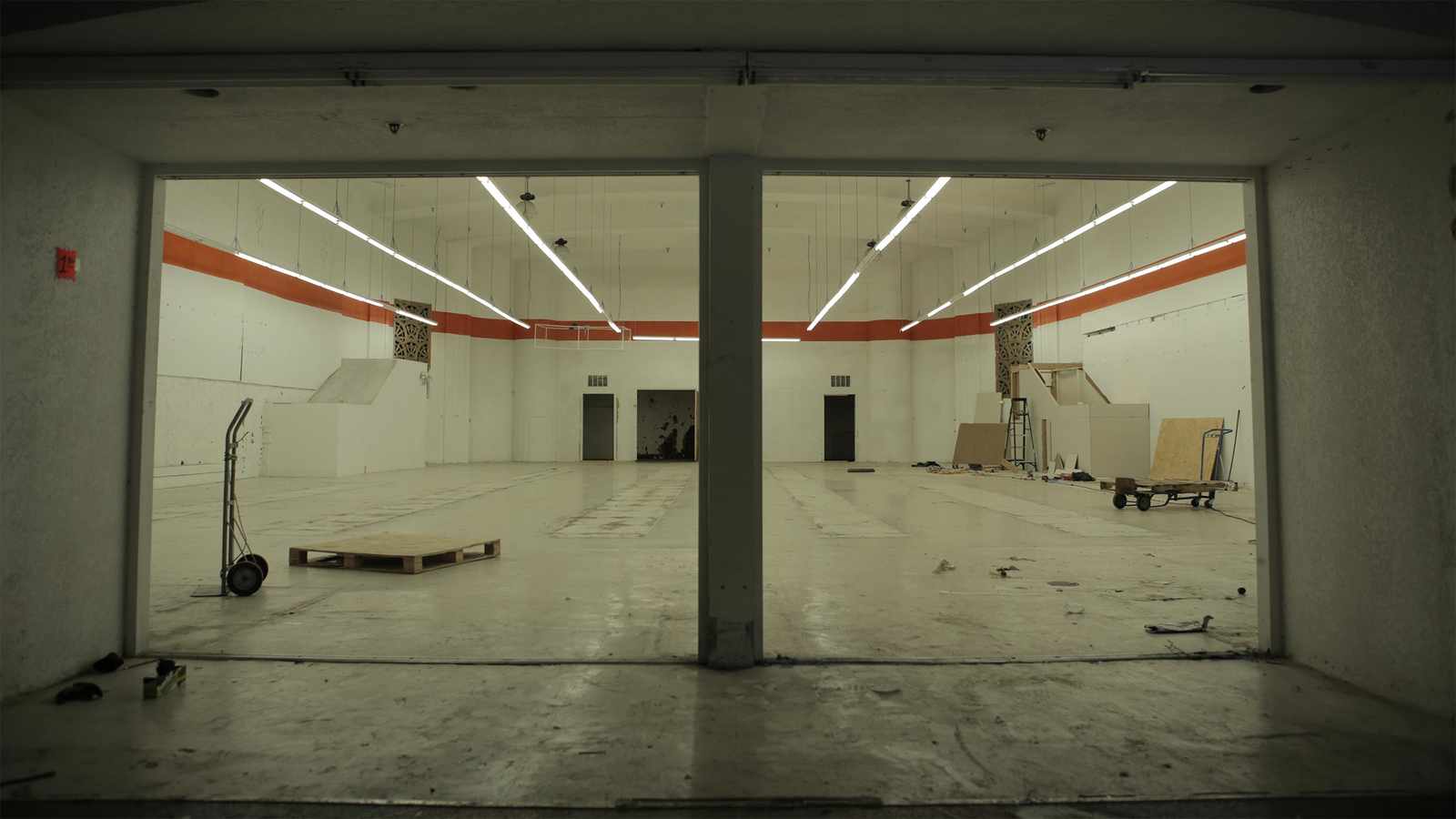 Which they plan on turning (in part) into this: 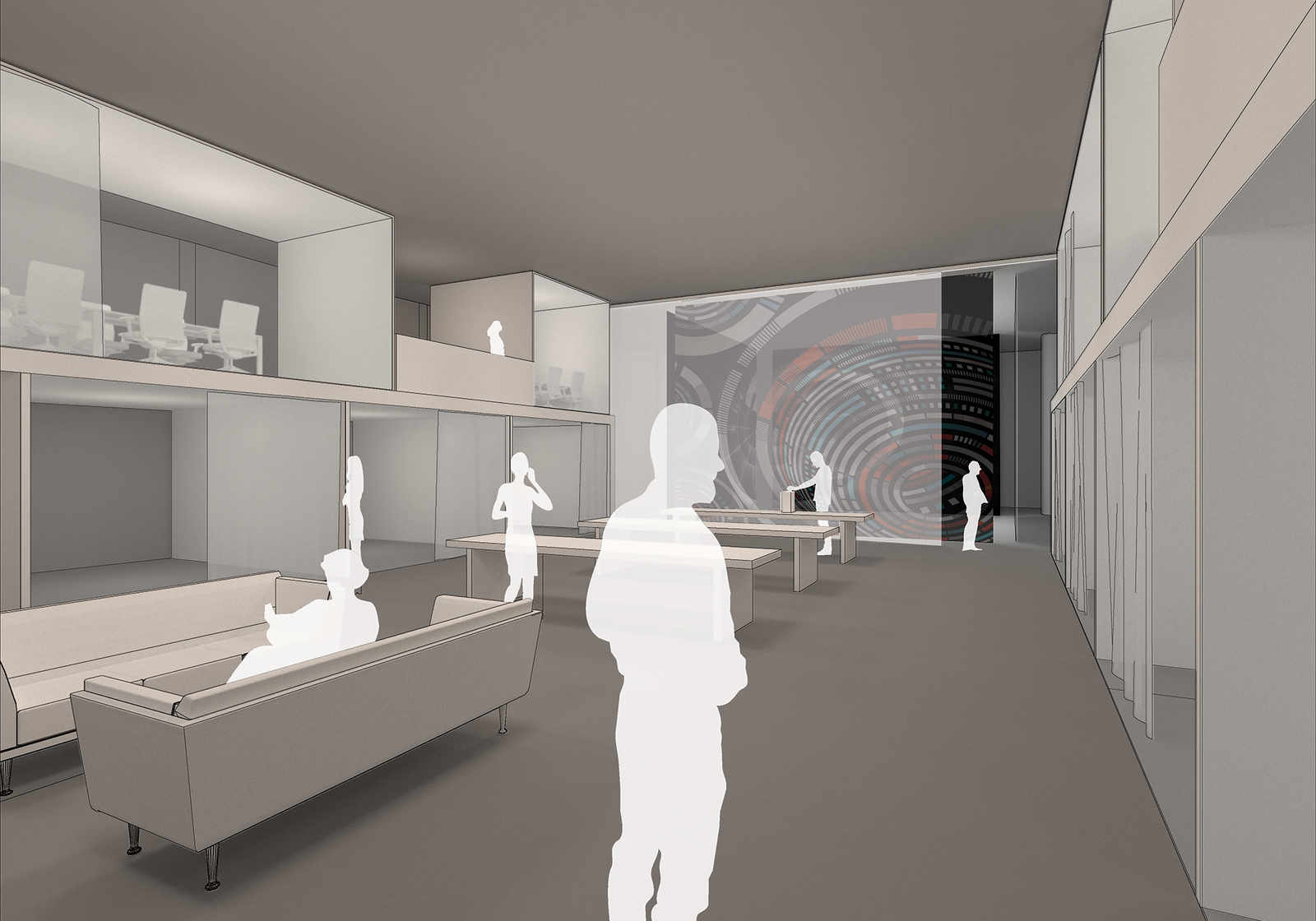 Perhaps the most promising aspect of the forthcoming 10,000 square foot space is their slate of public programming:

No opening date has been released, but we’ll be keeping an eye out for it.

Glad the building isn’t being torn down.

that gobbley gook is horrible and so classist….but hell, it’s the ‘new world’ so all the power to em!!

will blur the lines between culture and commerce

wtf is a creative practitioner, and why is “creative code” the first discipline listed with music coming in last? sounds like another startup incubator thingy by another name.

I had the same reaction. I want to be wrong though - god do I hope I’m wrong.

Great news for the ongoing revival of Mission Street’s theaters.  I would love to see these guys start by fixing up the Mission St frontage and getting that neon glowing again.  And, for the record, the interior isn’t gutted at all - there are quite a few remnant details in the auditorium that I sure hope these guys plan to keep. Hopefully they sign up a preservation architect to work with Envelope to get the details right.

Now this just leaves the Tower. Anyone with a great idea and a few million bucks out there?

They’ll need way way more than $100K to remodel that building. Who are their “institutional partners”?

I was thinking that sounds like three months’ rent. Then what?

We would be happy to discuss our work and what we are hoping to do in further detail if it wasn’t clear from our statement. We can be reached at info@grayarea.org

You may not be able to control every incubation of your cultural framework, but please don’t worry.

You can trust the community to massage your message without your direct interaction, but still resulting in a cross social cultural beneficiality of accumulation of innovative awareness.

OOH! Already getting pointlessly testy and defensive! Love it. So, it appears that “Mr. Montgomery” reprinted your press release. Did *your own words* need a “statement” to set things straight? Well, you already have one nearby resident thinking you’re tools. Mission accomplished?

Gray Area: I called you repeatedly, over the course of multiple days, and emailed you (as you noted).  I held this story for half a week trying to get a hold you guys.

Also, because of the delays, I couldn’t even promote your fundraiser last weekend.  Awesome work, all around.

Good idea.  I’ll put that in the queue.

Ya, work on it when you have some free dev cycles between hating on devs on this and other blogs.

So…it’s TECH offices dressed up as an “arts” space

Y’all are hating,  despite the buzzwordy release, GAFTTA actually does some cool shit that helps people. They did something helpful for locals in the TL when they had a space over there. I don’t remember exactly what, but I’m sure it was more than just teaching pimps how to visualize they ho’s Foursquare checkins.

If Ron Conway was an artist…..

If all y’all haters even ever went to some of Gray Area’s programming then you would know what you were trying to diss. You are making yourself look small minded when these folks have been working day in day out trying to put some culture into what can be a stale over priced SF. The techcrunch article had some insite into the .org but I dont think it was “a 1 woman show” its a group of caring individuals that are making a difference and giving us all a place to expand our minds and learn. Teaching skills to adults and children, supporting arts adn the artists whole rubbing elbows with billioinarie with cash IS what today is all about. The fast $ is everywhere, especially in this city. SO get your painties out a bunch and try to support rather than sit behind your computer in your underware and hate on the DOERS! Shame on you.

That is an excellent title for an upcoming show! I can just imagine those artists rubbing their wholes and adn things up  (what will they use? calculator? cash register?) as I type this!

I was just at the new gray area for the pre grand opening. There’s still tons of work to be done in that space. But all felt welcoming and the girl working the door was hella cool! They have a good team there! Feels good to be hanging in the gray area once again! Can’t wait till more!

Why is this blog slowly dying?

remember, its on an endless loop. if you need something “new”, go back in time and see. pick any article and notice the same old whiny bullshit.

GAFFTA’s seeming like the SPUR of the arts world.