Freak Flag May Not Fly Forever Over Kink's Castle [Updated] 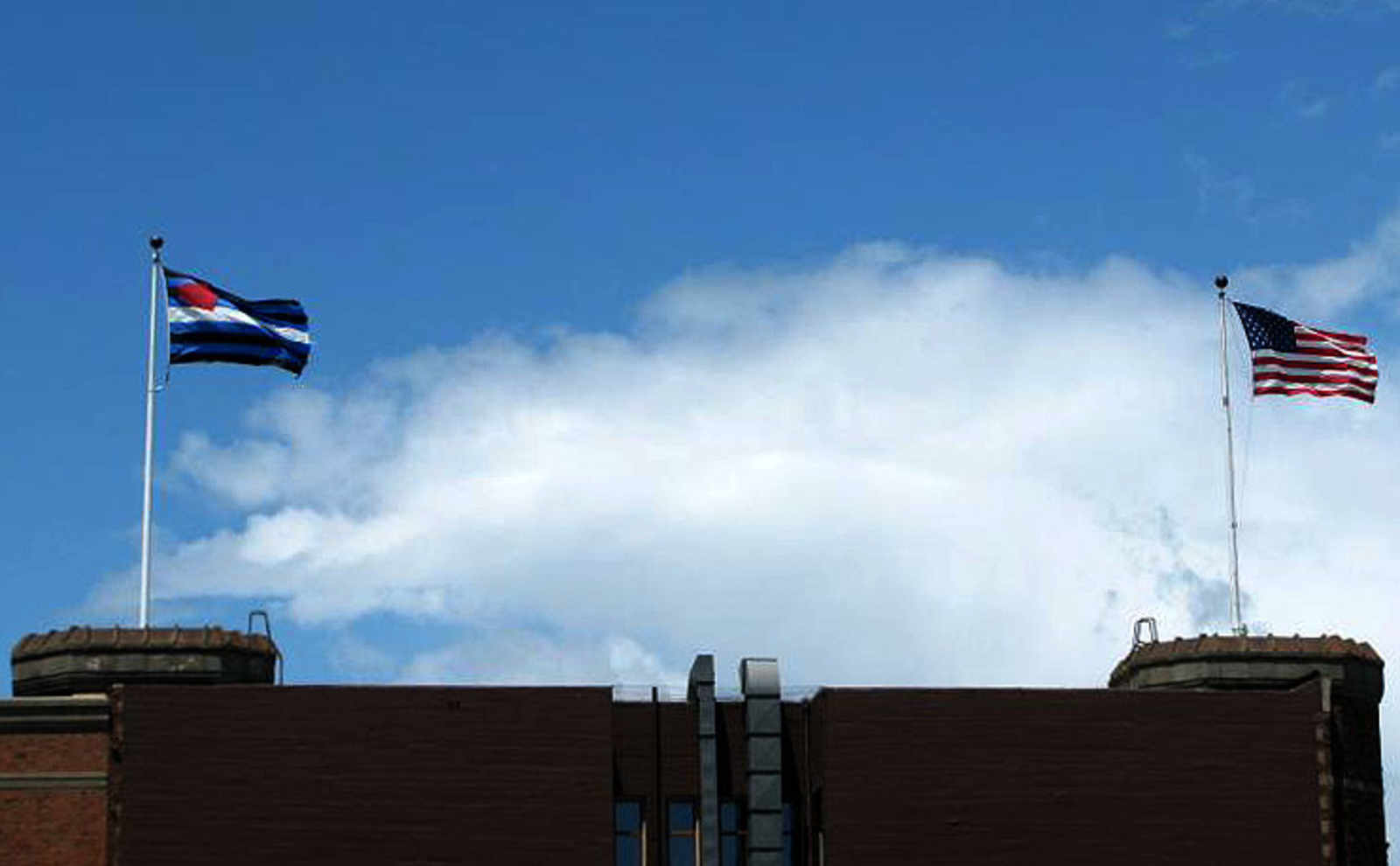 Acworth was arrested for drug possession in 2012 after the San Francisco Police Department searched the Armory Building after being tipped to a video showing gunplay in the former military building’s basement shooting range. No guns turned up, but a gram of cocaine did, and Acworth took the charge for it. Far more troubling was a labor dispute later that year, when Maxine Holloway, a model who objected to a new commission-only payment plan took effect at KinkLive, was either fired or just placed on temporary leave, depending on whom you ask.

Then last year, 2013, the the AIDS Healthcare Foundation, which spearheaded the Measure B effort in LA, filed a Cal/OSHA complaint against Kink in the wake of performer Cameron Bay testing positive for HIV, which kicked off a moratorium on filming industry-wide that lasted for weeks. San Francisco is also becoming increasingly unaffordable for the video production crews who work the shoots, and Alptraum, who lives in New York, said everyone she knew in the Bay Area scene has already decamped to Oakland. “It’s always been an expensive business to be in, but the payoff has been much, much less,” she pointed out.

Acworth bought the building for less than $15 million, and obviously put some considerable investment into remodelling the place. As a private company, there’s no public records of profit and loss on the enterprise, but it is hard to imagine clearing millions a month right now. Even accounting for overhead and vacancy, as office space Acworth could recoup his real estate investment pretty quickly (if he hasn’t already) and without most of the headaches, making a commercial conversion attractive as a contingency plan at the very least. We reached out to Kink via email through channels both official and unofficial to ask about what the plan was if the studio closed, and have yet to hear back.

But let’s face it, these days the rich, old men around here tend to fetishize their young boys being tied to desks founding startups so they can be whipped into a climax of productivity and later fucked financially, instead of the old fashioned way. So you might want to book your tour of the facilities now if you want a peek behind the curtain before the scene comes to a close.

Update: Acworth has responded with a statement.

I went on a tour in maybe 2011. The tour guide told us they had 2 million subscribers at $30/month. $720 million/year in revenue, they seemed to be doing alright.

That seems optimistic to me, but who knows! There’s also the question of overhead. If margins have slipped for any reason, one way to restore them would be to reduce plant and labor costs.

The city may also simply not be as tolerant as it once was now that “legitimate” business neighbors are making more money. While Jack Davis is in no position to judge, I have to wonder if speculative developers and realtors would rather see it gone.

Yeah, I don’t know how accurate that statement was, but our tour guide was somebody somewhat higher up in the company. That can’t be a cheap place to maintain for sure.

The flag that is pictured is a gay leather pride flag. It has been appropriated by the straight owner in a effort to cliam some sort of bond to the gay community. It is offensive that Uptown would call the gay leather flag a “freak flag”. It is a flag that is steeped in the efforts of the gay leather community to combat the effects of HIV and is a point of pride for large segments of the gay community. Learn your SF / Gay hsitory please.

I don’t think that is at all what the title meant, i.e., I dont think it was referring to any of the flags in the picture and describing them in language.  But fair enough, and I didn’t know that about the flag in general.  I always appreciate learning about SF culture

Sounds like you’ve never heard the phrase “let your freak flag fly,” which is what the article refers to. Simply refers to hippy style, and the concept of being yourself, being comfortable weird. From 1970. Learn other history, too, please.

No disrespect intended. One of the things I appreciate about Armory Studios as a neighbor is that they recognize many communities in flag form - last I checked, it was San Francisco city and California state along with the national standard - and I meant “freak” to be inclusive of the larger community of self-described “freaks” (including myself), not a pejorative description of leathermen exclusively. Though I see how that could be inferred from the choice of photo, and I’m sorry for not being more sensitive to that.

Get your San Francisco, Summer of Love, Haight Ashbury, hippy history straight… The saying “Letting your freak flag fly”came from the Crosby, Stills, Nash & Young song “Almost Cut My Hair.”  It refers to proclaiming your “freak” status by letting your hair grow long… Freak was a good thing!

Thanks for the clarification, I’ll update the post when I’m back at a computer.

I know I’m being persnickety here, but Peter didn’t graduate from Columbia. He dropped out of his PhD program to run the business full time.