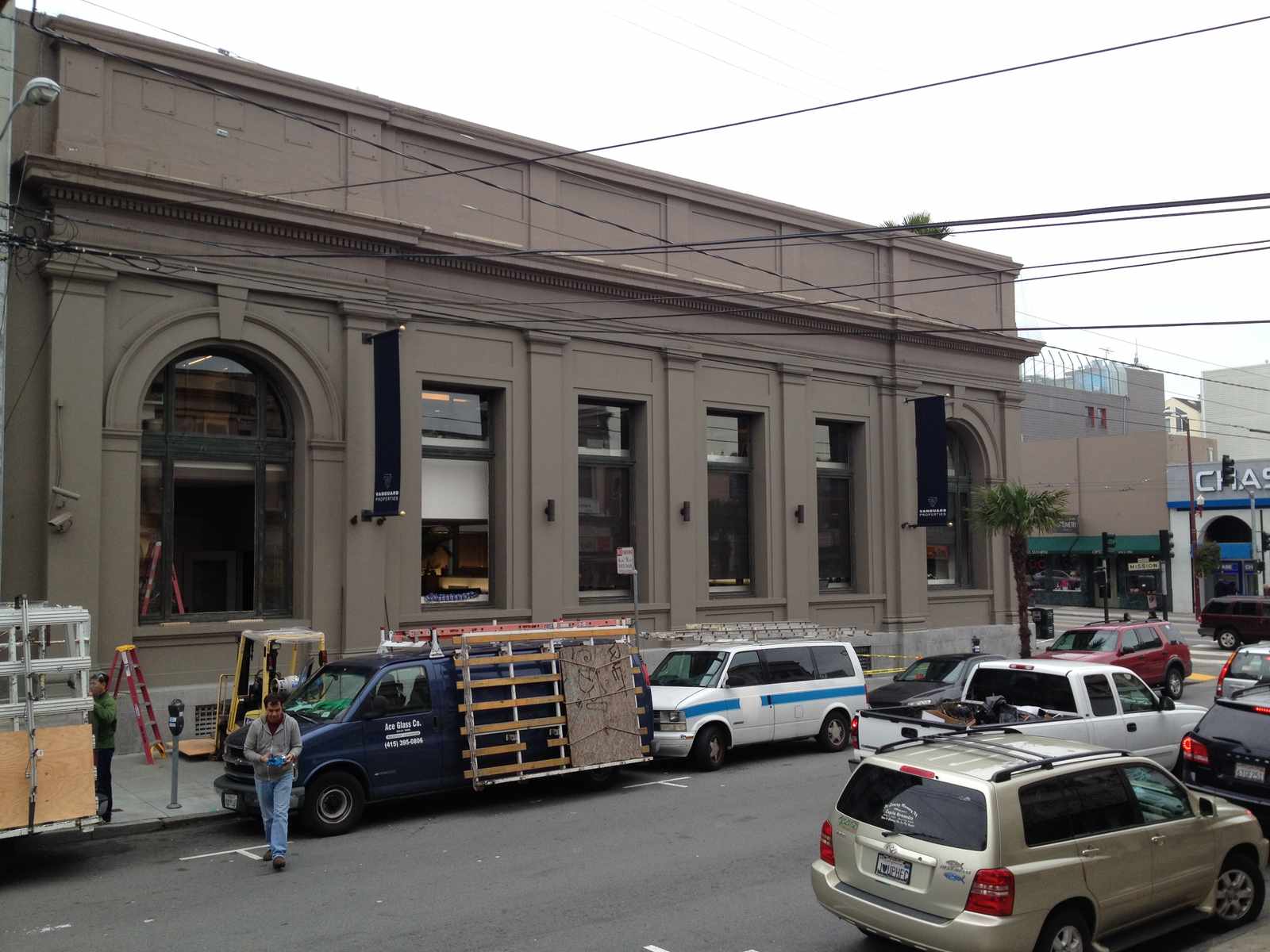 This morning, contractors were busy repairing two windows broken some time after close of business last week at the Mission Street headquarters of realtor and property manager Vanguard Properties.  A person in Vanguard’s office told us two halves of a brick were found inside, but no other information was left to suggest who threw the brick or why.

A message signed “Venceremos” was posted to Indybay the following morning taking credit, citing the new condos 3133 24th Street put up for sale last year and the trade of foreclosed homes in Oakland (like a home at 2678 75th Street that’s listed on the realtor’s website) as reasons for targeting Vanguard: 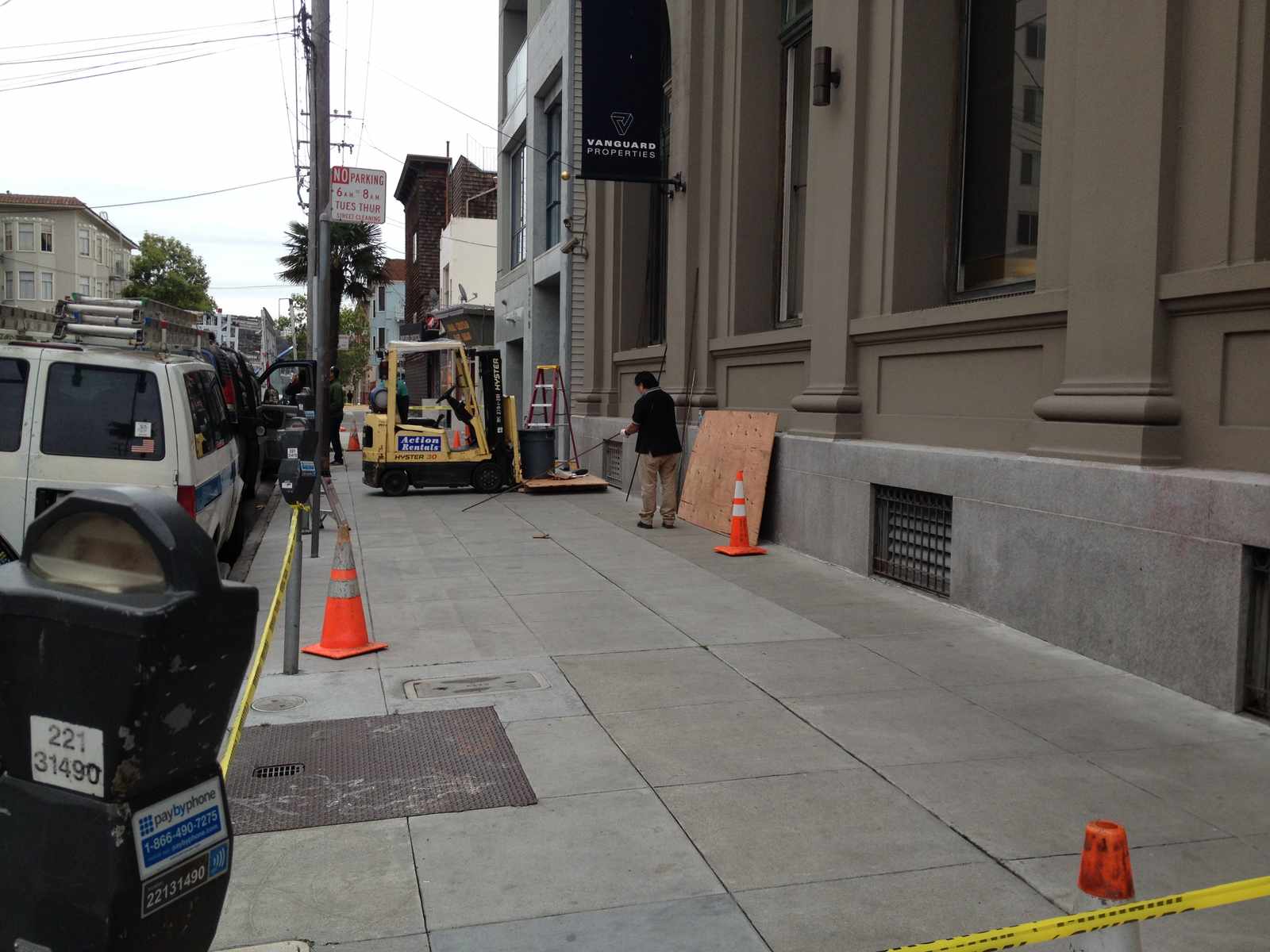 As you can see from photos of the scene, security cameras may have captured footage of the incident. We’ve left voicemail for Vanguard founder James Nunemacher and a comment for the Indybay thread seeking further information, but have yet to hear back.

Update: Reached by phone, a terse Nunemacher directed further inquiries about details of the incident to the SFPD, saying that “we gave them everything they need to investigate.” He continued, “It’s a shame that people resort to vandalism…I mean, it’s kinda random. You throw bricks through someone’s windows because they build condos? Honestly, I feel sorry for these people.”

No particular love for Vanguard here, but any imbecile can see that if an occasional thousand bucks worth of window damage from the anarchokiddies is the cost of doing business in SF, they’ll deal with it.

Meanwhile, community activists willing to go through the political process extract more substantial concessions from developers in the Mission all the time.

Whats the problem with flipping foreclosed homes? Should they just remain empty. I guess the bank just give them away to the homeless?

You threw a brick? Here’s a sticker. Now go fuck yourself.

More of this, please.