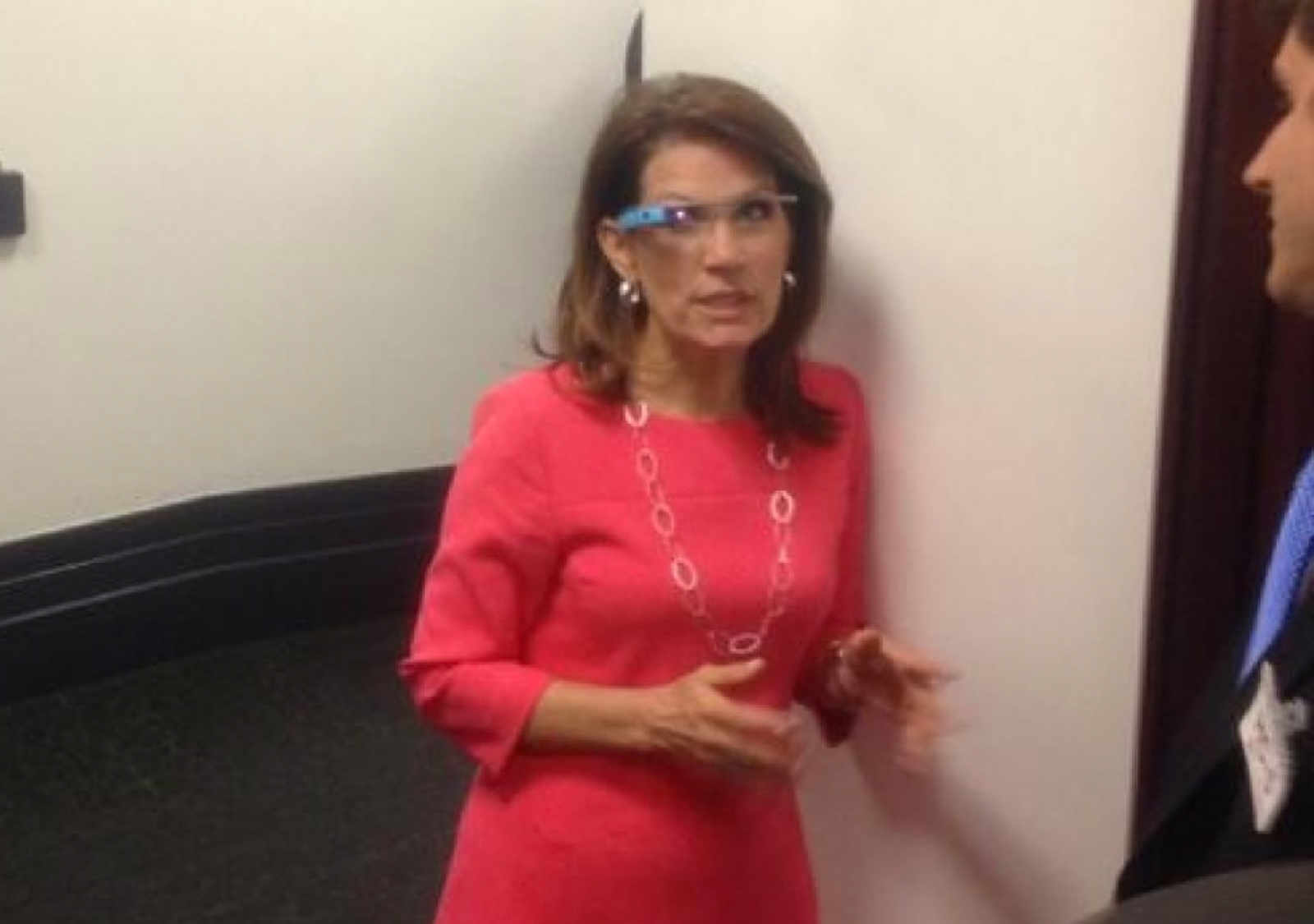 Google Glass is ugly, expensive and, at best, semi-useful, but it’s also new, rare and exclusive, which makes it catnip to the inordinately entitled. Unfortunately, saying “no” to the inordinately entitled triggers their equally over-developed persecution complex. So after yet another Glasshole was kicked out of a local business because it made the otherwise warm, friendly folks at Grand Coffee uncomfortable, he suggested that Google start running television commercials to show how awesome Glass is so he won’t have to face “fear, uncertainty and doubt.”

Yes, Google customer Steven Mautone is asking the company to mount a major media campaign to educate the proles so that a handful of wealthy people with terrible taste won’t occasionally be excluded from social settings. Instead, what Google has done is create an etiquette guide which “Explorers” like Mautone may have read but which he seems to have trouble understanding.

For example? One of the tips is “respect others and if they have questions about Glass don’t get snappy.” Mautone originally wrote on his blog, Living Thru Glass, that “the first thing I asked [Grand Coffee’s] manager was: ‘Have you ever worn Glass? Do you know what it’s all about?’” But later, in a Google+ thread (naturally), he admitted to fellow Glassholes that “I honestly didn’t know what to say at first. My response was ‘are you serious?’” Certainly not the first time that a Glasshole has desperately tried to make themselves seem more sympathetic.

What Google’s guide doesn’t do is clarify anyone’s rights under the law. For instance, while it’s true that you are allowed to take photographs of anything that’s in plain view from a public space, including people, “When you are on private property, the property owner may set rules about the taking of photographs,” according to the American Civil Liberties Union, which continues, “If you disobey the property owner’s rules, they can order you off their property (and have you arrested for trespassing if you do not comply).”

So the fine folks at Grand Coffee are completely within their rights to refuse service to Glassholes, and to call the cops if the Glasshole throws a temper tantrum.

Google also helpfully suggests that Explorers “ask for permission” before “standing alone in the corner of a room staring at people while recording them through Glass.” The fact Google has to write that down for users a year after the product was released says more about what Glassholes must be like as a class more succinctly than I ever could.

What the company doesn’t mention is that in California, standing alone in the corner of a room staring at people while recording them through Glass could land you in jail. As the Digital Media Law Project explains, “California makes it a crime to record or eavesdrop on any confidential communication, including a private conversation or telephone call, without the consent of all parties to the conversation.” They continue:

If you are recording someone without their knowledge in a public or semi-public place like a street or restaurant, the person whom you’re recording may or may not have “an objectively reasonable expectation that no one is listening in or overhearing the conversation,” and the reasonableness of the expectation would depend on the particular factual circumstances. Therefore, you cannot necessarily assume that you are in the clear simply because you are in a public place.

Over at Slow News Day, Beth Spotswood asks “is there a line when it’s cool and when it’s not?” Well, recording people at a business with a stated policy banning photography, such as at the Zeitgeist, could provide such “an objectively reasonable expectation” that they won’t be subject to electronic eavesdropping. Or maybe not! So no, there is no bright line as my lawyer friend would say. It’s decided on a case-by-case basis, so pushing the issue could take you from creepy to court proceedings faster than you can say “Glass, search for criminal defense attorneys.”

In the aforementioned Google+ thread, Mautone’s fellow Glasshole Stephen Cerutti has already suggested that someone create an app to track businesses that don’t allow patrons wearing devices on their face capable of secretly recording employees and customers. And by “someone,” I have to presume he means “someone else,” because did I mention inordinately entitled?

Do they make them for Gungans?

Something tells me no one hassles Andre Iguodala. 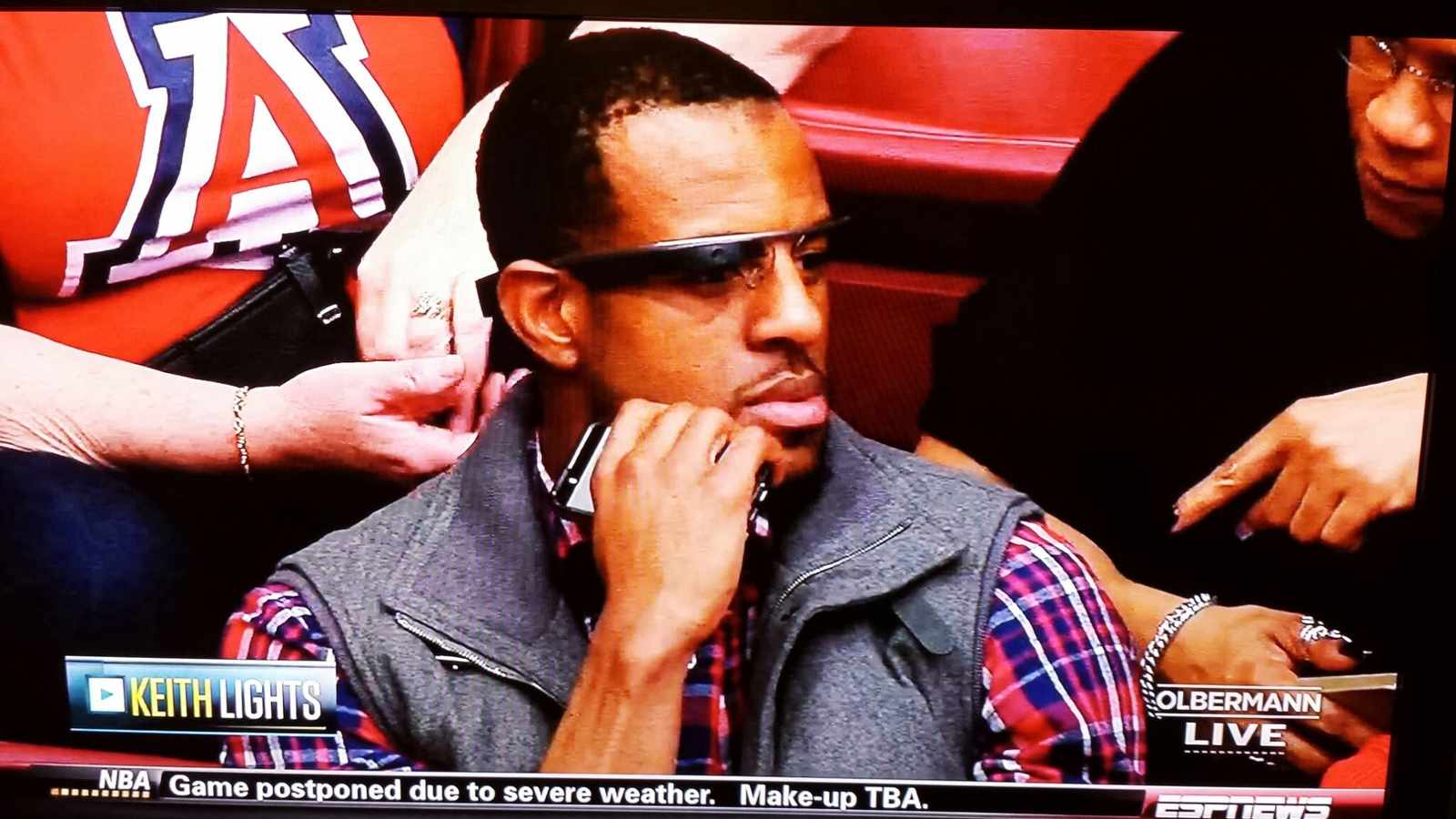 …in that they both can’t play Ikari Warriors.

So long as the policy is posted, so any idiot like me can know DON’T TAKE PICTURES OMG I’m cool with it because at least then there’s no bullshit. Zeitgeist has gotten a bit thuggy in the past - I was physically threatened by them  for taking a picture of a friend with a beer one time - but complied and said “if that’s your rule here, then I shall respect it, but you don’t have to be mean about it.”

Also this Google chick clearly engineered the whole thing to get on tv and wallow in the news like a pig in poopy mud. She should stay in San Mateo and take her Google Glasshole to the mall at Hillsdale where sheltered whites like her belong.

2nd - you’re a racist with an inferiority complex and quite the chip on your shoulder. is it “mean” of me to say that? build a bridge, buttercup.

Guess what? Carrying around a smart phone and staring at it all day also makes you an asshole.

What this article doesn’t seem to mention (as none of them seem to) is that just because someone is wearing Glass does not automatically mean that they are recording photos of video of someone else. 99% of the time they probably aren’t, and they sure aren’t doing it without the person noticing.  Glass has a shiny bright light and it’s pretty damn obvious when it’s doing something!  And that’s if the battery isn’t dead.  Which it is, most of the time.