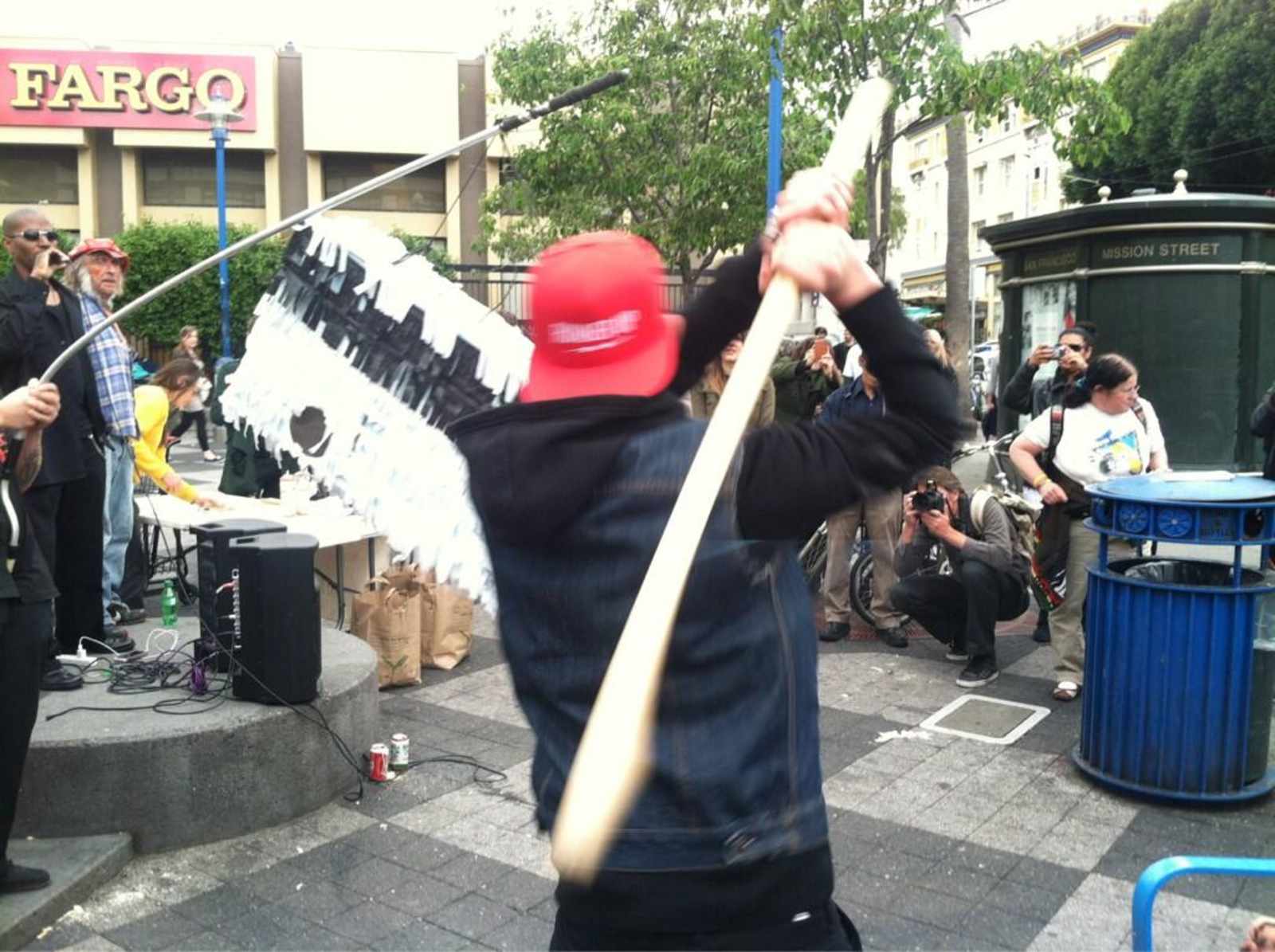 After much hype from the neighborhood's anti-capitalist sect, I expected the so-called anti-gentrification block party to be somewhat of a show.  Instead, all that could be found around 2:30 in the afternoon were roughly 30-40 people surrounding an open-mic, a dozen or so taking advantage of the free food situation, about a million cops stationed around the neighborhood, and no visible smashings of the Google Bus piñata.  The scent of sage was strong, but the revolution was falling short.

Eventually, the victims did string up the piñata to a makeshift fishing pole and beat it mercilessly.  But all that fell out was anticlimax, as soon after SFPD rolled in and busted up the party.

Anyway, I was really hoping someone would Vine this, but this twit pic will have to do.

I cannot say for certain (as I had left long before the smashing), and the twitpic doesn’t tell the full scene. But candy or no candy, the cops came straight in and told everyone to go home.

Not the mayhem I sure they had hoped for…

There were more people standing in line at Tacolicious than at the block party.

Is that Diamond Dave in the back left?

No Frank Chu, No Peace!

You mean everyone in the Mission doesn’t hate the Google bus, it’s just a very vocal minority? Who knew?

Article Source: Daniels is a master trout angler and author,
living and trout fishing in the Mountain West - the heart
of trophy trout country. By attracting fish, and
getting them to strike, you’re well on your way to becoming a better fisherman.
It is said that the best time to lure a peacock bass is pre-spawn period.