Tenderloin Declared The Next Mission District By Area Old Man 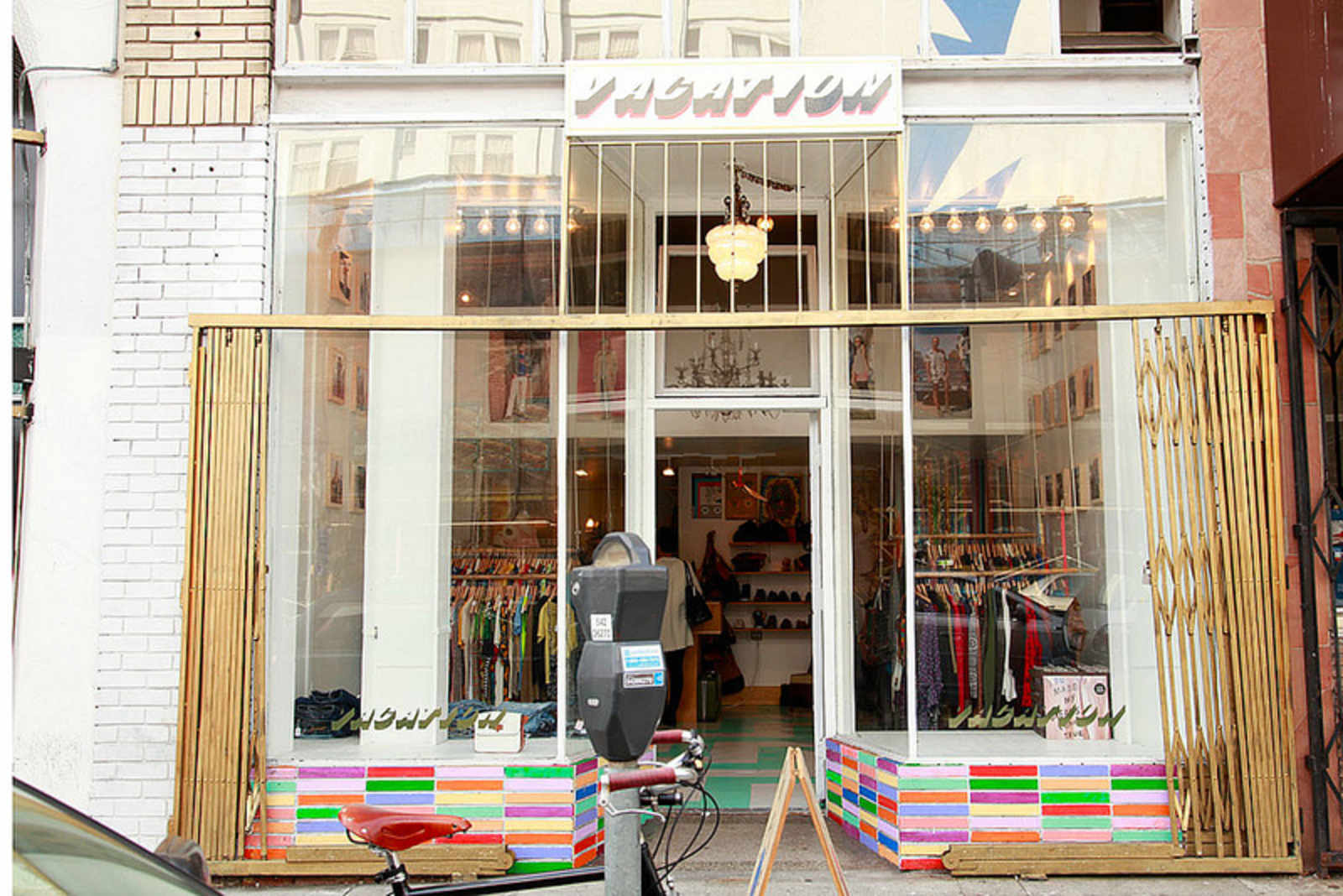 Does the North Beachification of the Mission leave you feeling bummed?  Do you find your mind wandering to Oakland as you walk down Valencia?  Do you miss the glory days of the 1970s when you were just a wide-eyed spermie kicking the tires in your daddy's crotch beans?  Well, noted combination Tenderloin slumlord and alt blogger Randy Shaw has the up-and-coming neighborhood just for you!:

Walking by the restaurant row of Mangosteen, Bodega Bistro, Red Crawfish, Lee’s Sandwiches and Turtle Tower between Eddy and Ellis in the Tenderloin’s Little Saigon district, one suddenly comes across a vintage clothing store that looks like it arrived in a time machine from the Mission District of the 1970’s. Located adjacent to the future new home of Turtle Tower, VacationSF at 651 Larkin is an example for the creativity that can emerge when an innovative Tenderloin resident decides to open up a business in their own neighborhood rather than in more upscale surroundings.

Proprietor Kristin Klein “loves the Tenderloin,” and since opening her store last June has found many positives about the neighborhood that others overlook. Klein sees the Tenderloin as “more of an anything goes neighborhood than the Mission,” a feeling that enables her free music shows to attract between 100-200 people without complaints.

More upscale surroundings? Well, yes Randy, the Mission is certainly more upscale than the corner of Twerkin' and Lurkin'.  But then again, our neighborhood hasn't been held down for 30 years by shady crackhouse landlords who fill the streets with diseased individuals rather than help them.

yeah, you get definite points for that ol’ turn of phrase. slow clap.

And before you know it, a fat $20 rock will be going for $40, because the dope man can’t have just anybody wandering around in a drug-induced stupor on his turf….looking to score(it’s all about keepin’ up them appearances, man). Fuck, I hate gentrification!

But will the $40 rock be organic and locally sourced?

Fuck! I hate that shit, too! The only thing worst than a crack-dealer is a fucking hipster crack-slanger! Talking about how much cooler it was slanging rocks before the “marina crackheads” showed up; with their ironic pagers clipped to their skinny jeans. When is this Armageddon thingy supposed to happen? It really couldn’t come any sooner.

There is also a pretty cool little shop up the street on Hyde right past Geary that sells vintage men’s clothing…
http://www.handsomeoxford.com/

No complaints? That means the owner hasn’t met Linda yet, our local hater-of-most-things.

Randy Shaw lives fat off the hog in the Oakland Hills while he poverty pimps in SF, and is the crown prince of the non profit mafia. He is about as credible as Honey Boo Boo.

I bet he has the best intentions…

The Mission is not over! Not if you are a white, middle class poser

” But then again, our neighborhood hasn’t been held down for 30 years by shady crackhouse landlords who fill the streets with diseased individuals rather than help them.”

We’ll get right to work on your utopian neighborhood in 3….2….1

Hi there- I just found this reposting of the Beyond Chron article. I am the owner of VACATION. Why don’t ya’ll come down and check it out before you bash what I’m doing? I lived in Atlanta for ten years and had a similar shop, also called VACATION there. I moved here 4 years ago, I work at a bar and Tour Managed bands before I opened up in June. Vacation has affordable vintage, affordable art work and free performances. The tenderloin is the neighborhood I live in, and love,in addition to being the only place I could afford to open a store. I’m working hard with what I have to do what I love. I guess people are always gonna trash things on the internet, but its pretty unfair to do so when you don’t really know what it is you’re actually trashing.

Were are at 651 Larkin St. between Eddy and Ellis. Introduce yourself when you stop by, I’m here 7 days a week working my ass off.

Who was bashing what you are doing?

Did you even read the post? (Or is this shop secretly run by Randy Shaw or something? What am I missing here?)

Well, now that I now you have no reading comprehension skills, but instead, a highly developed sense of irrational victimhood, I’ll be sure not to stop by. Pro-tip - try not to be an asshole on the internet when you want something from people.

ummmm i think he actually was kinda helping you out……