Always Lock Your Bike to the Front of the Bus 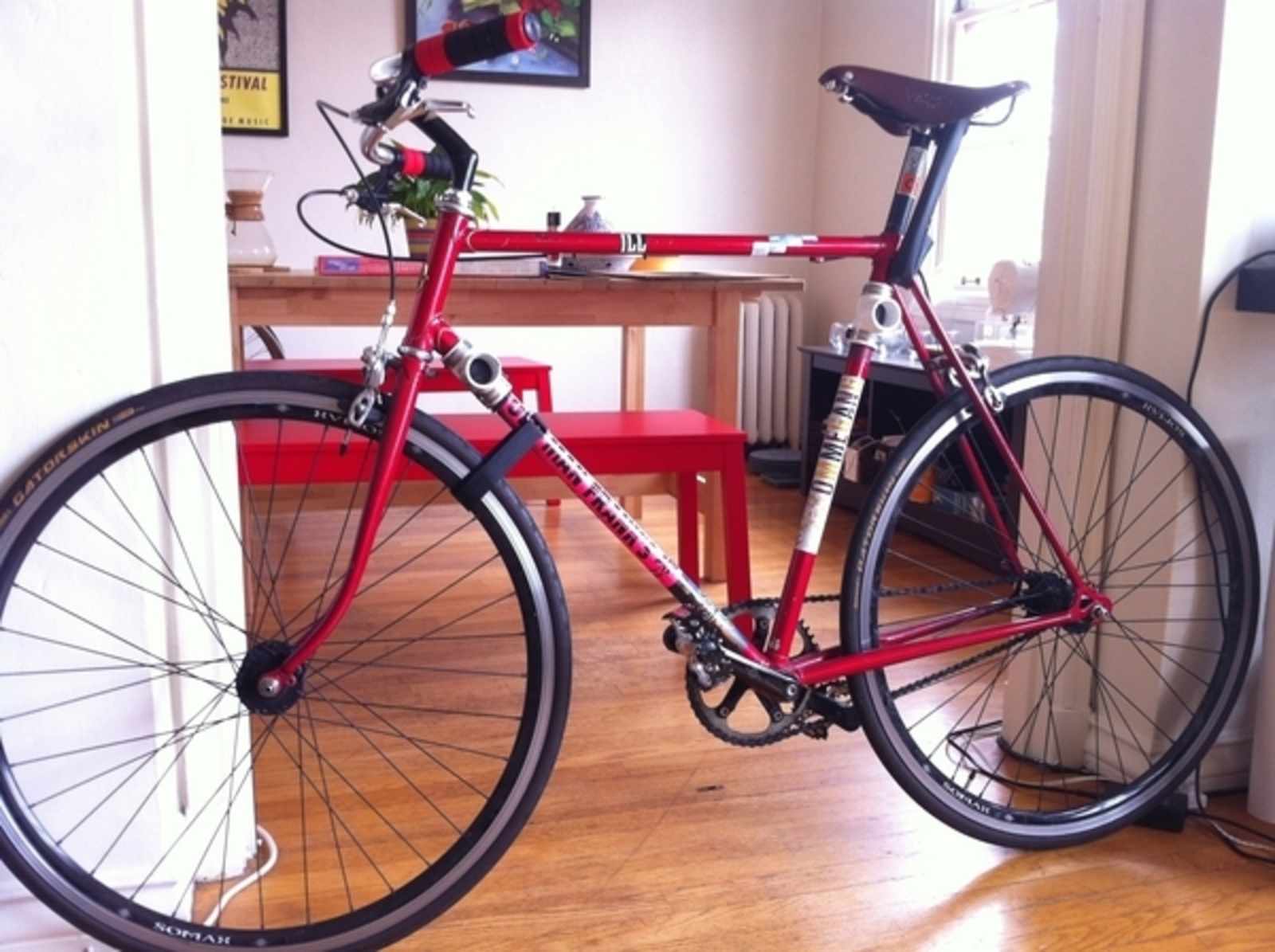 We all know better than to leave a bike unlocked while it's perched atop a Muni bus's bike rack—especially while the bus is creeping down Market Street—but allow Doug's experience serve as a cautionary tale in case anyone has been lulled into a false sense of security:

I was enjoying some after work drinks on Election Night when I decided I had one too many to safely ride my bike home. I put my bike on the front rack of an outbound #71 at Market and 2nd, and took a seat on the front of the bus. I was on the sixth seat back, and had a decent view of my bike. The next stop was Stockton and we pulled up to a red light. As people were boarding the bus I had my head down until the driver called out that someone was taking my bike. By the time I stood up my bike was gone. I ran off the bus and headed back down Market assuming the thief was riding off in that direction but I couldn’t see anything among the lights of Market Street rush hour traffic.

Bummer, Doug.  And if anyone spots a red singlespeed rigged up with surfboard rack mounts, do let him know.

Hey Doug, next time you can just use the chain I use to keep your mom mounted to the front of the Muni.. Youre welcome

MUF DVR you must be a real ball

Thanks to Doug for reporting this. My BF puts his bike on the bus all the time, and it never occurred to him that he needed to do more than “keep an eye on it” from the bus. He’s going to start locking his front wheel to the frame, which would at least prevent someone from riding away on it.

Keep a padlock, lock the chain to the chainring. That makes the bike unrideable, without you having to carry a u-lock. If someone grabs the bike and tries to ride off, kersplat.

Stealing a bicycle off of a Muni bus while stop, and before moving, that take some balls, or the need of drug money.

“Customers may not lock a bike to the Muni bike rack.”