SFPD Cruiser Ticketed For Parking in the Bike Lane 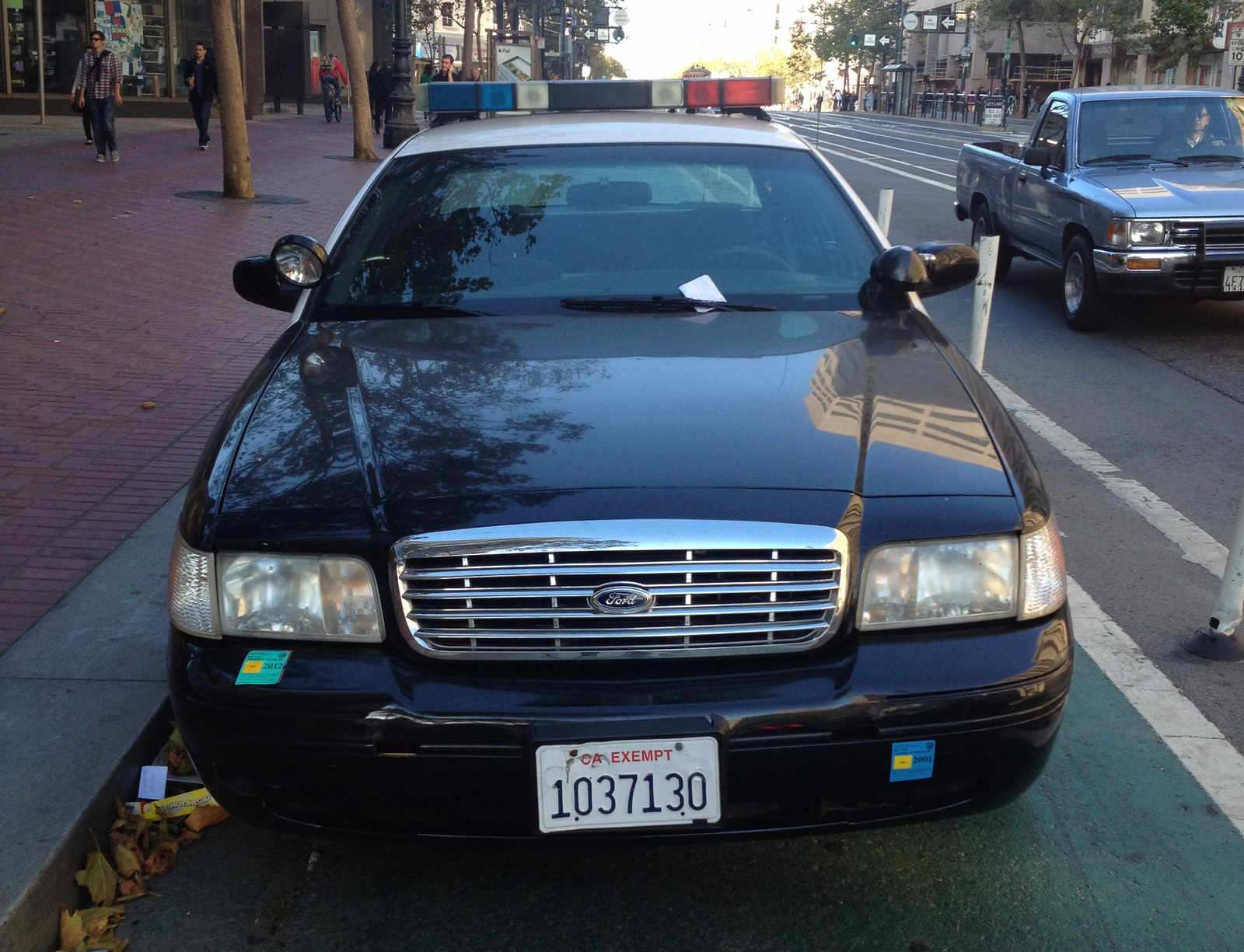 That's what I looks like, right?  This officer's cruiser, notorious for parking in this same spot along the Market Street bike lane almost daily, has been finally dealt some justice for abusing privledge?

Turns out the officer is just covering his ass—placing a false ticket on the windshield hoping that DPW won't actually ticket him (and so cyclists won't bash his windshield in).  Timothy Mendez knows his trick, “That dude puts it there himself. Keeps it up in the visor.”

At least he knows he's breaking the law?

Market St’s GIANT SIDEWALK could totally accommodate that, the prick just pull up there

FUCK this guy. I’m not generally supportive of cyclists, but this is fucking bullshit. A cop should know better. Get his badge number and file a complaint.

Saw this douchebag yesterday and had to ride around him and into traffic. Not cool. I had a few errands to run in the area and after 20 minutes he was still there and didn’t see him around. Called 311 and they proceeded to tell me cops are exempt from the law, even if it’s an obvious safety hazard. Finally they transferred me to the MTA parking line and I got a person to report it. I told them a car was parked in the designated bike lane on Market but left out the part about it being a cop car. They said they’d send someone right out. I was hoping for a tow and not just a ticket but glad to see this. https://www.facebook.com/photo.php?fbid=4579488853103&set=a.250875536606…

Fuck that guy. There’s no reason for him to be parked there, and he’s endangering a ton of cyclists in the process. I use the credit union in front of that place, and I always see that same cop car there. I even tried to get in touch with the Bike Coalition about this, but I haven’t heard anything back.

Thats not a ticket… MTA or SFPD cites are bigger and include an envelope with writing on both sides. Ive gotten enough of them to know. This just might be a note someone put on the officers car.

It makes sense for an officer to park here instead of finding parking blocks away. If he or she were to do that, I would imagine if this officer needed to get back to his car to go somewhere else (like an emergency), it would be not only unsafe but not smart to have to walk all the way back to his car from his last assignment.

someone should do what this guy did.

Seriously, just take his car # down and tell his supervisors this guy does this everyday and it will stop.
Cops can park illegally so they can be close to the car to respond to emergencies.
with all the moron bicyclists riding like a-holes, its not going to kill you to ride around
One car.

That car is there all the time. And I’m not going around it. I grab the traffic lane at the light at 9th and hold it til 10th. I don’t care if it pissed cars off– I figure if there’s a vehicle in the bike lane than the bike lane is unusable for the entire block.

I work near there. He could not have parked on the sidewalk at that time as there was a man sleeping there

I saw a cop car parked in that spot a couple months ago. I took a picture, called 311, and then filed a complaint with the SFPD board of citizen complaints. My case was directed to mediation, so I sat down with the officer whose car it was, and a mediator. The officer claimed he was responding to an emergency call and that that was the only place he could park that was close enough to the location he was responding to, and since I couldn’t necessarily disprove that, I had to concede that if he was, in fact, handling an emergency, his parking was justified. I wonder if this is the same officer. He was a real prick about the whole thing.

I don’t see the problem - it says EXEMPT right there on the license plate!