Preservation Jazz Hall is Looking Good! (But Has a Long Way to Go...) 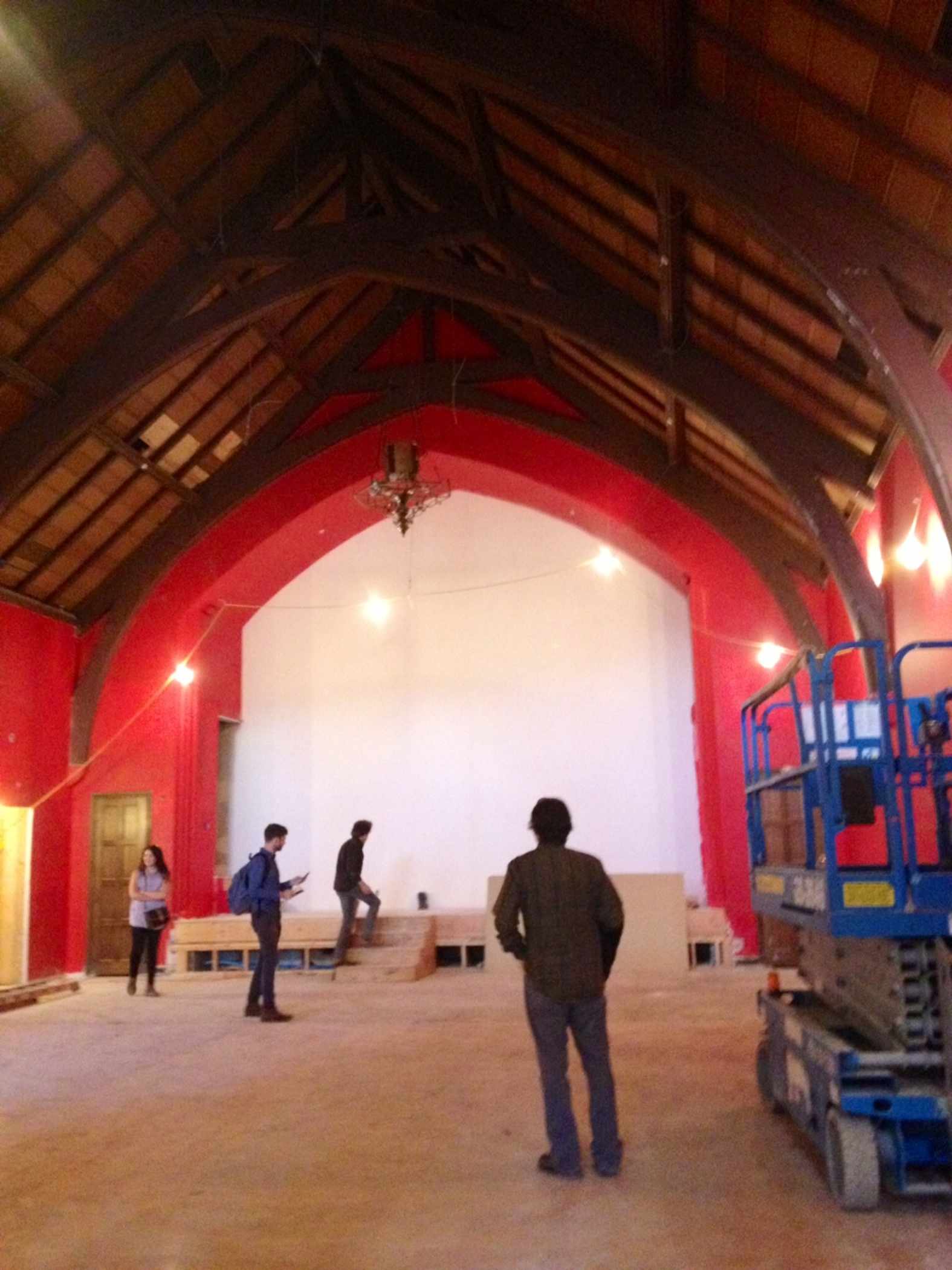 I was walking down Valencia Street Friday afternoon when I happened to find the owners of the forthcoming Preservation Hall West, which is bringing New Orleans jazz and grub to the giant green building across from Mission Bicycle and Paxton Gate, about to take a tour of the new venue.  So I rudely invited myself inside and got the scoop on what's the status of the place, which is supposedly opening Oct. 4th and hosting Elvis Costello on the 6th.

First of all, the place is massive.  It's like a miniature chaterdral in there.  I guess they call those churches?  Anyway, it's big, and the ceilings are nice and tall to keep the heat from dancing and what not in check.

Second, it's going to take some sort of mircle to get this place open in two weeks, and the people talking to me about the place regrettingly acknowledged that as well.  The bar and walls are still in the plywood/drywall phase, the floor is all torn up… hell, the stage isn't even built yet.  But whatever—whenever they do get it open, it stands to be one of the city's finer venues, and it's right in our backyard.

UPDATE: The Bay Bridged was also in the building and has additional shots and a longer interview with the parties involved:

The Mission getting a top flight concert venue is inarguably an amazing addition to an already red hot neighborhood. What makes the whole venture even easier to root for is Knowles’ child-like excitement surrounding the venue’s accessibility not only for the fans, but also the musicians. “I see this as a place where musicians can come play, walk outside and immediately have all this,” he says pointing up and down Valencia. “I want them to experience the Mission. Right now, if they play one night in San Francisco, they might not have time to come down here and explore.” Knowles also likes the idea of keeping musicians here for an extended period of time. “We want to have residencies here. Musicians can play multiple nights, they can stay in the Mission…we want them to be proud of this place.” Further exemplifying this stance, as he treated those in attendance to a champagne toast, Knowles raised his glass and, doing that same pause he did in the main room, said “Thanks for coming, and now we’ll toast to the San Francisco music scene.”

Game changer. Valencia is really going to blow up now (!).