Did you catch the beautiful double rainbow set against a killer SF sunset last night?  No?  Well here it is, from the top of Dolores Park:

What does it mean?  Something about light reflecting off water in the atmosphere.  But enough of that junk science, what it really meant is people were delighted with a colorful diversion while going about their usual business.  Observe: 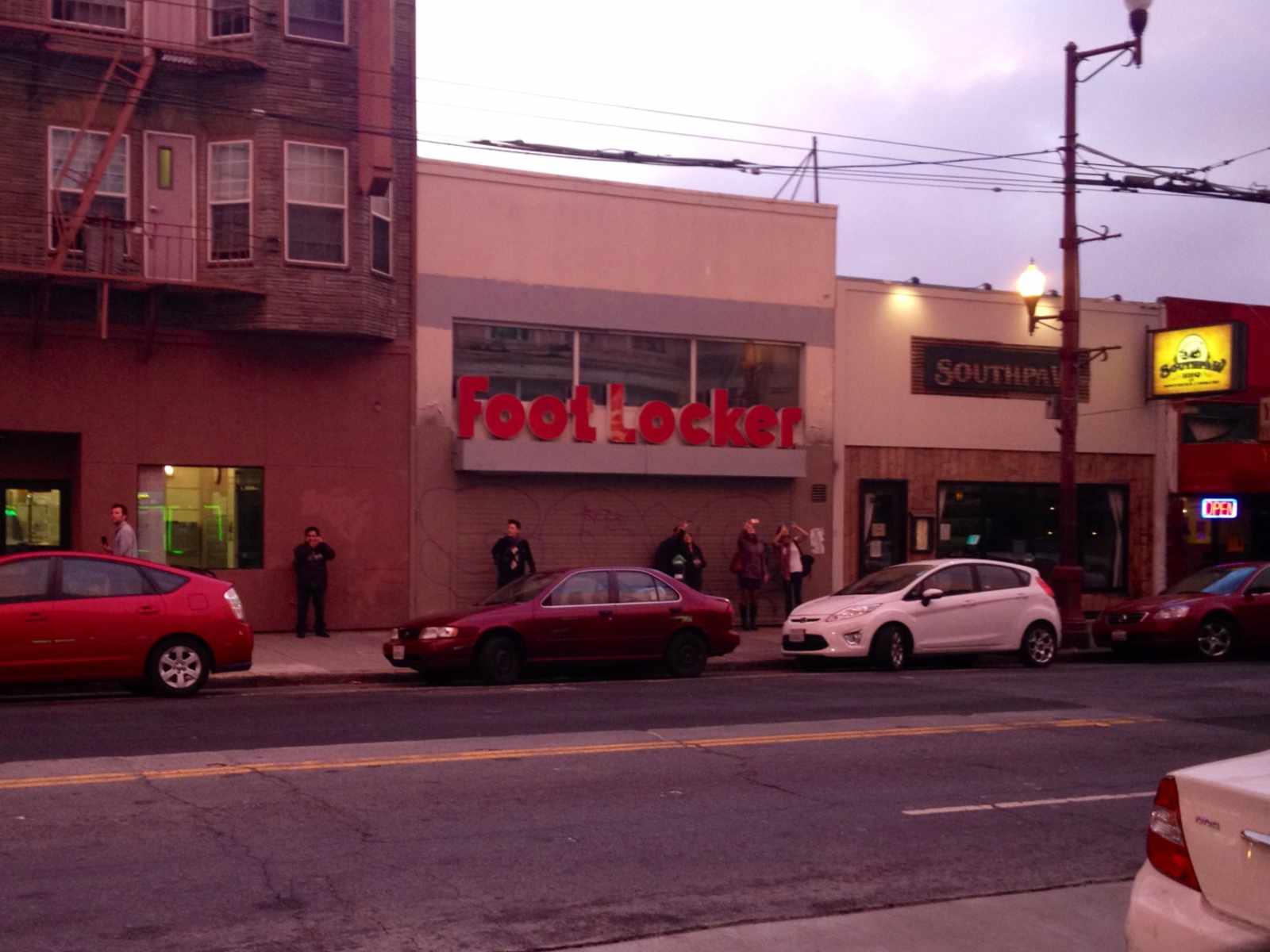 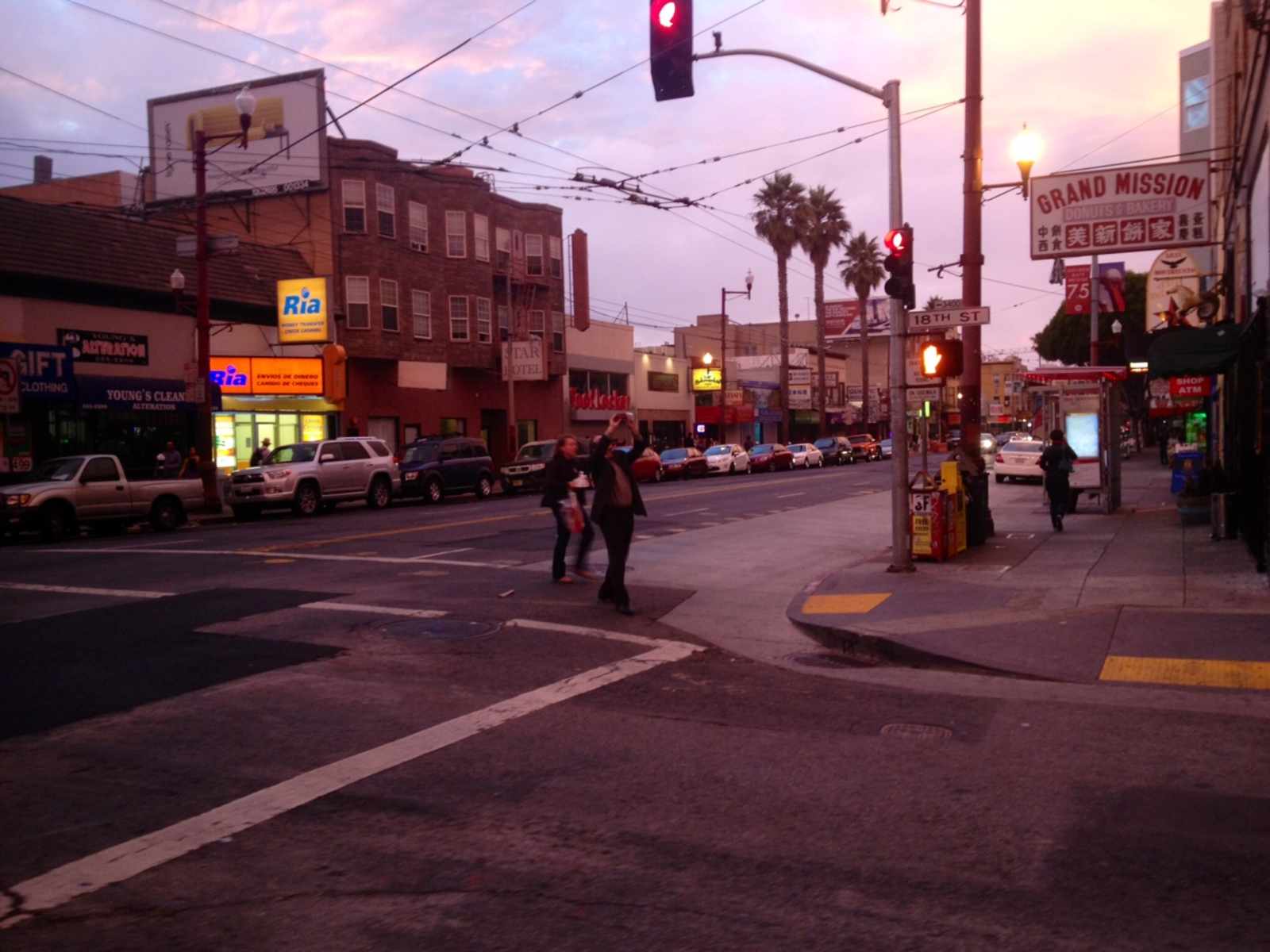 This guy ran out of Weird Fish and into the middle of the street to photograph the phenomenon. 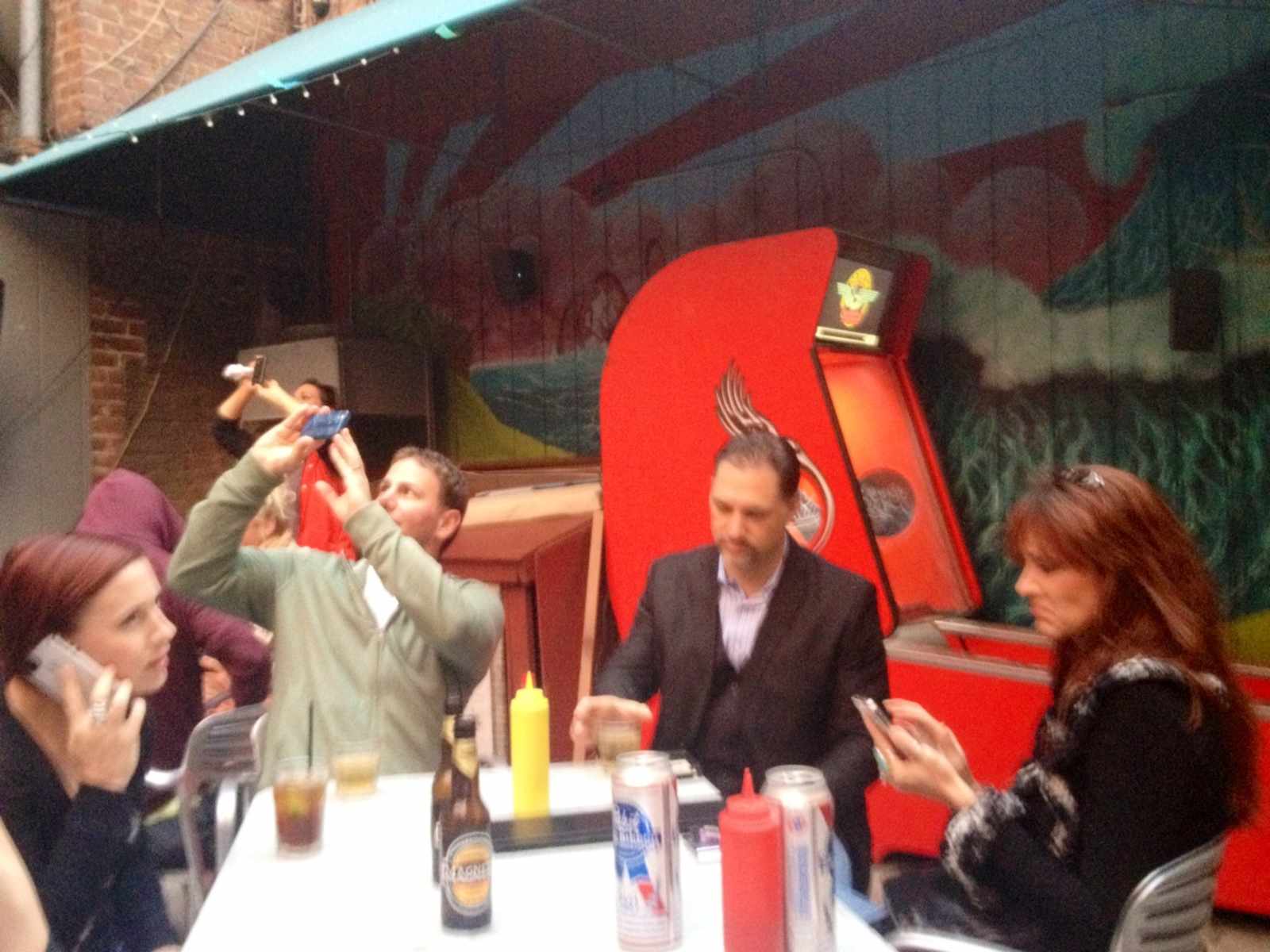 Finally, back at the ever-popular 25 cent wing night at Dr. Teeth, dinner on the back patio was rudely interrupted by atmospheric freak show, forcing diners to photograph the event, call their friends to make sure they saw it, and scowl at the lack of 'liking' activity in the 47 seconds since uploading the photo.

Did you get any photos of other human beings getting photos of G*d's majesty?  Let us know in the comments for an opportunity at being a famous Uptown Almanac commenter!

I was at the Giants game last night and the two SHRIEKING teenage girls sitting in front of me took time out from SCREAMING at Buster Posey and taking about 50-100 photos of themselves doing so to take one quick photo of the rainbow. Alas I didn’t get a photo of them.

“and scowl at the lack of ‘liking’ activity in the 47 seconds since uploading the photo.” Ha. Nice.

She does look pretty disgusted. She could also be frowning for thinking, “Ugh. I don’t like ANY of these filters!”

There. I commented. When does the fame kick in?