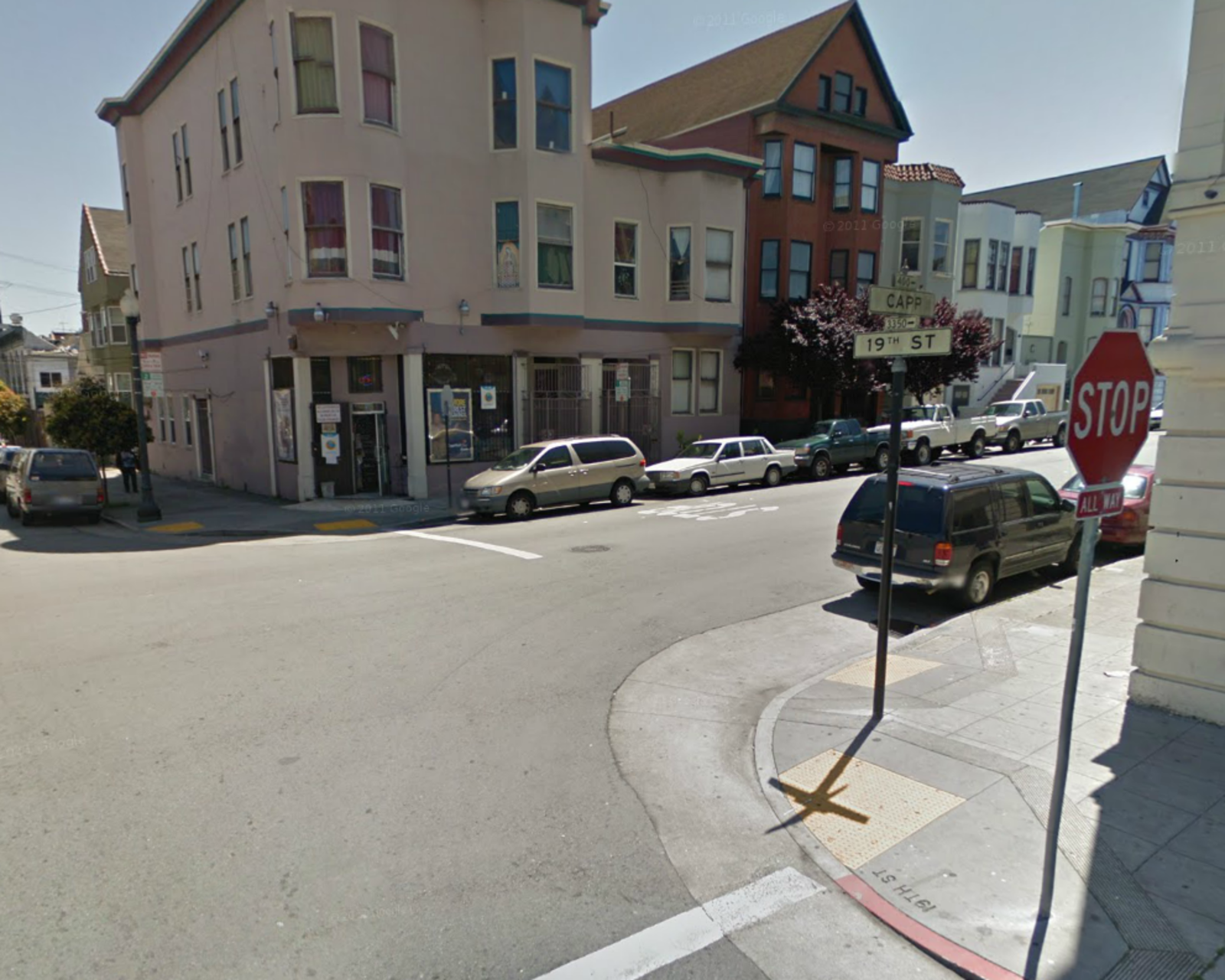 One of my friends was VIOLENTLY ASSAULTED and RAPED by two men she did not know Sunday night at 19th and Capp. You wanna get graphic? I'm talking stitches in the cervix. With her permission, I've written to the two local mission blogs, asking them to publish this incident, but nothing.

Please help her out. Share this info. At the very least, maybe we can tell women in the area to be on the alert. Any other suggestions?

Note: Uptown was never contacted about this, but we will be sure update if we hear more.

Update: Mission Local was able to interview the victim and get more information:

The woman was walking home from Bender’s Bar on South Van Ness Avenue shortly before 2 a.m. on Monday when she was attacked from behind by two men on the corner of 19th and Capp streets, she said. […]

“I was heading home and two guys jumped on at me,” she told Mission Local. “Two Hispanic men, one was a tall guy, one was short, it was dark all I could remember happening very quickly.”

After attacking her from behind, the men dragged her to a nearby driveway on Capp Street where she was raped. She tried defending herself by punching and scratching one of the assailants.

“Both grabbed me a couple times, I hit one and they took me to the ground and there is nothing I can do after that.” The two men also took cash she had on her, she said. [Read on]

Did your friend call the cops when they saw the suspects? this is just upsetting. =( I hope they catch them soon.

Thanks for posting, this has been all over my facebook all day. I live only a few blocks from there, hope to get a sketch so I can keep an eye out for them.

Thank goodness Ed Lee is stepping up patrolling the park!

Whatever happened to the beat patrols we were supposed to have in the Mission? It seems like they made a big announcement, had a beat cop or two for about a month, and then we never saw them again.

If I ever run into those guys I’m gonna gentrify the shit out of them.

I sometimes feel really safe while walking in the city, but this reminds me why I truly feel safe while navigating it by bike.

I hope they catch these ass holes. This was sad and eye opening to read.

Sorry for the improper use of “your” and any other grammar mistakes.