"Savage Beating" and Shooting Outside of Double Dutch 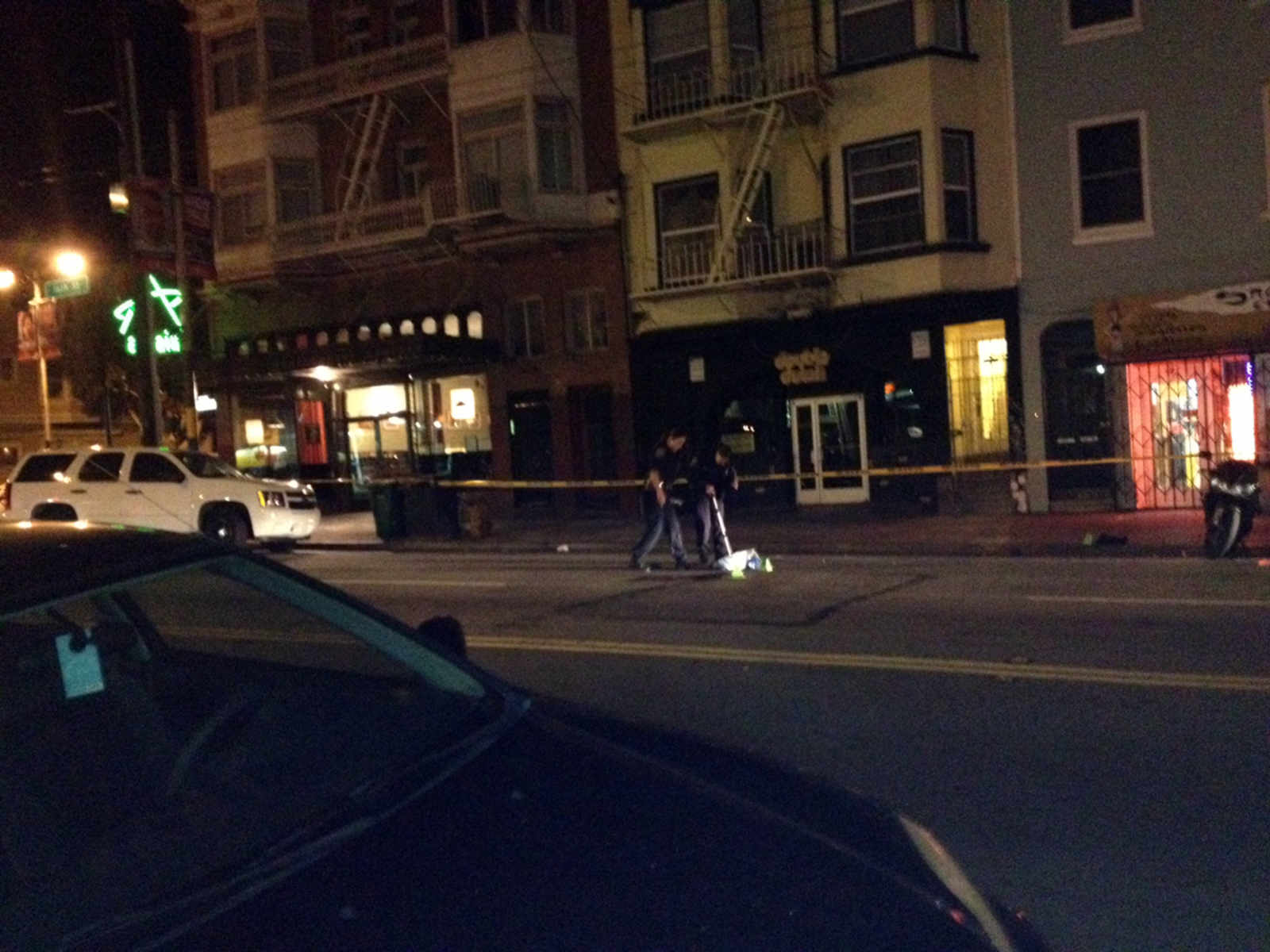 Late last night, patrons of nearby Kilowatt claimed to witness a “savage beating” and shooting outside of Double Dutch at 16th and Guerrero.  Supposedly, after beating the victim to the ground, one of the attackers pushed a 9mm handgun in his chest and shot him.

Here's what Mission Local had to say:

Police blocked of 16th Street between Valencia and Guerrero while they collected evidence. A pool of blood was visible on the pavement. Officers were still on the scene taking photos as of 3 a.m.

According to a witness who declined to give his name, the man was lying face down on the pavement while another man — presumably a friend — lay on top of him, crying.

ML reports, via an officer on the scene, that it “was not fatal.”

Can’t believe not one of the hundred-odd gawkers at the scene mentions on any of the many so-called Mission news blogs that the victim was dead on the street and could not be revived. Assailants ran down 16th unimpeded. Not even in the mainstream news has a hint of this story. Mission Local has lost a lot of my respect for ‘reporting some stuff they heard’. You should not use them as a source.