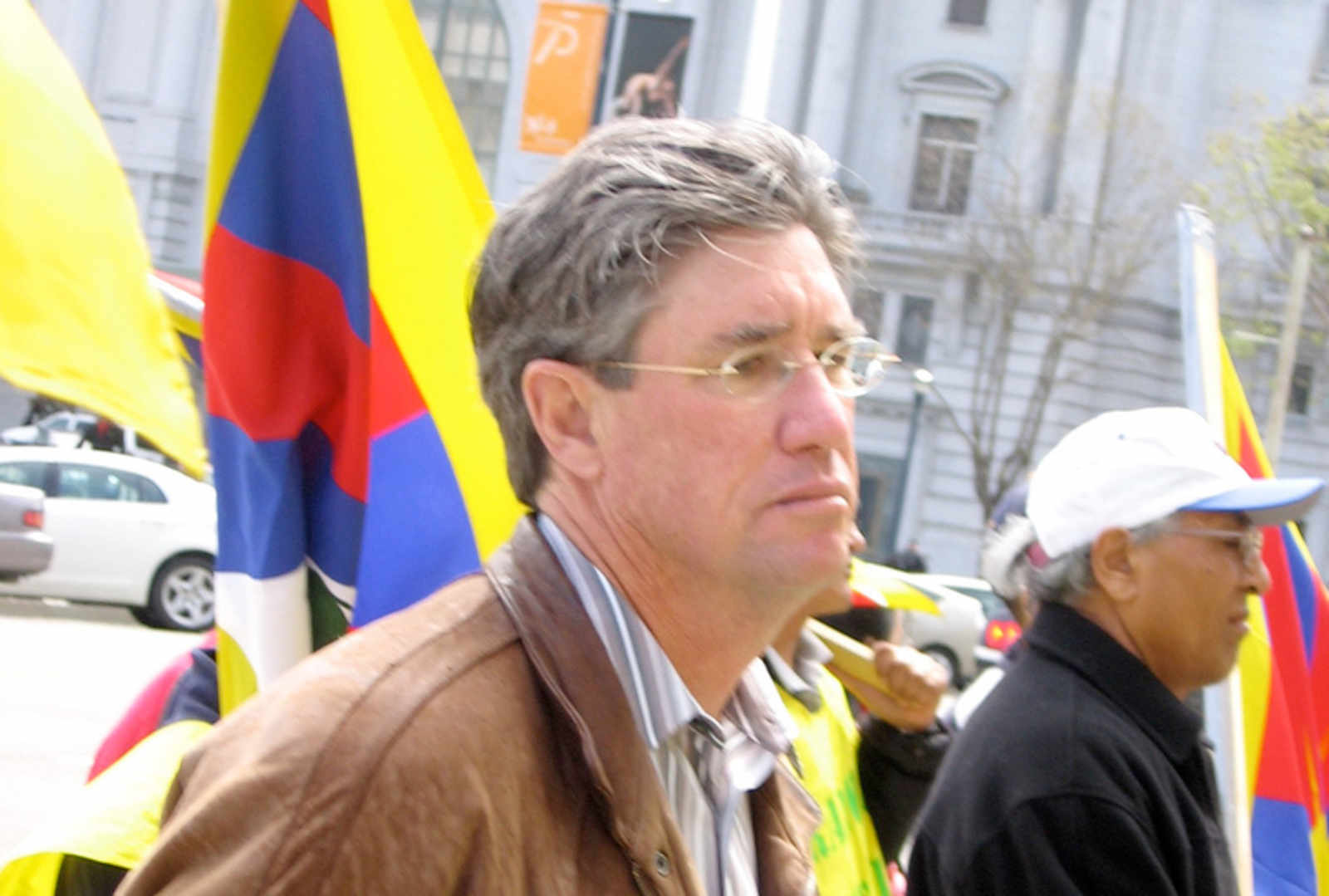 SF Chronicle blogger and alleged fan of the entire The Darkness discography C.W. Nevius is my favorite blogger who's not a Mission blogger.  Why?  Because he always writes incendiary slime about the controversy of the day.  And what fun it is!

Recently, the target of C.Dubs polemics have been the thundering menace of a cyclist scorned.  In Nevius's world, these aggro two-wheeled executioners are violent hazards running stop signs in the Wiggle and berating Nice Old Ladies in the crosswalks.  What's worse? These thugs want rights!  They want more bike lanes.  They want Idaho stops.  They want bikes lanes all to themselves.  Judging by the sheer frequency Nevius writes about “sanctimonious bike types,” you would think the 3.5% have replaced gang violence, homelessness, and corruption in City Hall as San Francisco's biggest issues.

Yesterday, the blogging got a bit better.  In a piece titled “The aggro bike rider and me”, Nevius detailed a horrible incident in which was yelled at for nearly driving 3,000 pounds of grease and metal into a sanctimonious bike type:

A BMW driver — and do not get me started on BMW drivers — cut me off in my car and I swerved to get around him. Immediately I heard a guy on a bike yelling. “Check both mirrors before you change lanes.”

Fair enough. I cut him off. My bad. And I would have said so except what followed was an unbelievable string of F-bombs and insults. It went on and on. Holy crap. My first instinct was to roll down the window and say, “Hey, that guy cut me off. It was an accident.” But one look at the guy told me that was a bad idea. He was spoiling for a fight.

So, agreeing again that it was my fault, I don’t get it. There are lots of things that trigger irrational hate — religion, race, politics, and national origin. But bikes? C’mon.

This is a supercharged discussion. We’re talking about the bike jerks who ran down, and even killed, pedestrians. It feeds into the perception of the self-entitled bike riders who think they own the road. And, in some cases that apparently leads to the opposing view that automobile drivers are clueless, malicious twits who are intentionally running two-wheel riders off the road.

Ah yes, those two cyclists who killed two pedestrians (while motorists have splattered hundreds) obviously represent the entire cycling populace.  What was this dude thinking?! When you were making a “bad” and hurling your vehicle into a biker, he clearly should have been thinking about the perception of cyclists held by maddened lunatics who think their vehicles own the road.

We really should ban bicycles from the road.  We don't want C.W. Nevius's fragile sensibilities to be further damaged.

My favorite part of the CW article is that, for the first time in SFGate history, the majority of the commenters are on the cyclist’s side. That never happens.

Also, when was the last time a “bike jerk” intentionally ran down a pedestrian?

He probably drives a Prius.

As a pedestrian in this fair city, “a plague on both your houses”.

He really is San Francisco’s own little Bill O’Reilly.

Nevius also misses the point that he’s probably getting yelled at because he’s a publicly known douche and not just your average driver.

CW “Babbit” Nevius is more than just a douche: he’s a smug, provincial, pious, sanctimonious NIMBY douche! He embodies bourgeois complacency and conformity. If it weren’t for him, how would the rest of us know how uncomfortable it is for the affluent to live in a city where there are people who are mentally ill, impoverished, addicted, homeless, and/or just unlucky? He’s a one-man crusader against the underclasses.

The poor abused 1% need someone brave to stand up for their interests, and CW is the guy for the job!

He was a lousy sports writer, too.

“…and do not get me started on BMW drivers…”

Anyone that uses a different form (or brand) of transportation than me is automatically deserving of my derision.

Not usually one to defend Nevius, but if you read the original article then you see the lines from the next paragraph of his article where he says:

“There are thousands of bike riders on the streets and only a tiny few are recklessly racing through intersections. And there are even more drivers, only a few of whom are failing to pay any attention where they are going.”

He may be a douche but he’s just calling for a Rodney King “can’t we all just get along” moment and you’re just being a troll.

Shouldn’t Nevius’ editor have intervened and changed the headline of this article to: “Chronicle Curmudgeon Narrowly Avoids Killing a Cyclist - Scolded”

I mean C.W. talks about how he almost hit the rider, who was presumably riding along appropriately, obeying traffic laws. Then he mentions that he felt like he should have apologized, but didn’t want to cause it was some nameless jerk in a BMW’s fault.

So Nevius almost kills someone and then doesn’t want to apologize cause his feelings were hurt? Would rather shist blame for his bad driving to the mythical BMW man? An apology in that situation goes a long way (the woman who hit me last apologized and tried to help - made me feel a lot better actually), and really if cussing is going to hurt C.W.’s feelings, perhaps adult activities like driving and editorial authorship aren’t something C.W. Nevius should engage in to spare his delicate suburban soul.

SF progs have a long-time grudge against Nevius because of his previous fine work on homelessness and quality-of-life issues that they are so bad on. And now he’s a bike guy who criticizes other bike guys on our one party town. The nerve!

I get angry at drivers who do something dangerous to me or in front of me because narrowly avoiding death tends to get one’s adrenaline up.

That’s why I drive a tank(Sherman class) around the fair city on my daily haunts to and from work/play/solicitation of hookers and the likes. I loathe autos just as much as I loathe their commie pinko pedaling bicycle brethren….and the tank will come in handy during the inevitable Martian invasion. Vaya con Dios!

” …agreeing again that it was my fault, I don’t get it… This is a supercharged discussion.”

He doesn’t get it, that him (inadvertently) cutting off a bike gets the cyclist angry, yet then in the next paragraph acknowledges it’s a supercharged discussion. Apparently the man needs to remove his head from his own ass.

• Nothing more “self-entitled” than being concerned for your own life and limb. The nerve of some people, holding such trivialities above Nevius’ inborn American right to drive anywhere and anyhow he pleases.

Seriously, get a life. It’s funny how cyclists view view each near miss as a moral outrage. Quit being such p&@sies!!!!