BART Bidding Showdown: French Speaking Companies Battle Over Whose Product Is The Most "American"; Winner To Be Decided Upon Tomorrow 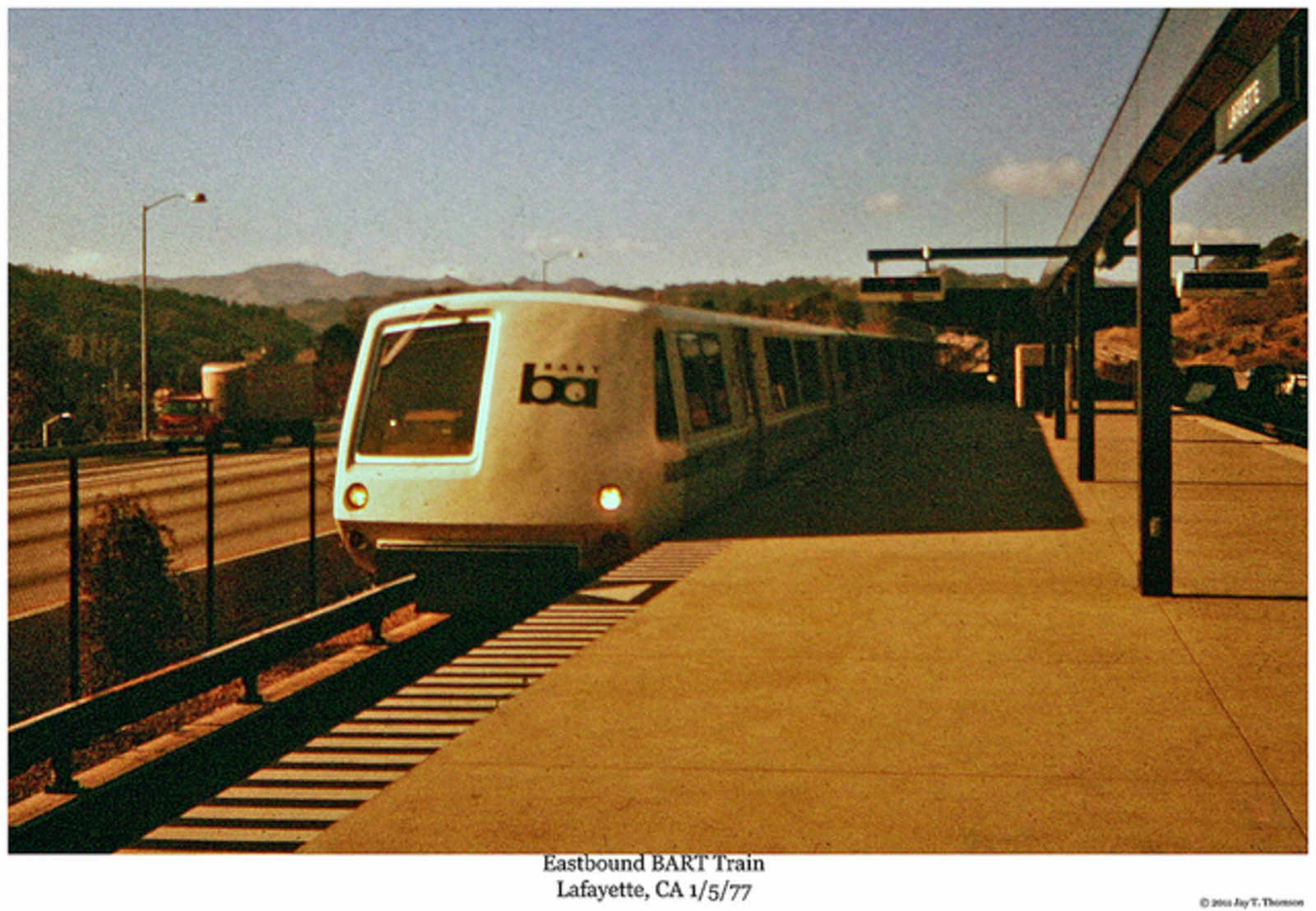 I don't think anyone could have initially complained when BART announced a “Buy American” policy for bids on their new fleet of future rail cars.  But as disappointed as we all were to find out this futuristic fleet didn't include hover trains with robot conductors, I think we were even more disappointed to find out that the “Buy American” policy was really just rhetoric. Granted, our nation's crumbling industrial capacity and our general cultural disdain for public transportation systems are really to blame; there simply just aren't any US companies that currently build rail cars.

So with no US companies to step up, BART instead took bids from three foreign companies who each committed to meeting the guidelines of their “Buy American” policy. Turns out that this policy only really requires that just 60% of the materials used in the new BART fleet be manufactured in the United States. On top of that, every single one of the foreign bidders plans to do their American manufacturing on the East Coast, ensuring that virtually none of the $2.5 billion dollars will be spent creating jobs in California.

Last month, BART officials declared their findings after an extensive study of each of the three bids. South Korean Rotem (a Hyundai subsidiary) was by far the least favored. Instead, it came down to a pretty close finish between French Canadian Bombardier and France's Alstom.  On April 23rd, BART declared their support for Bombardier (which for obvious reasons, they like to refer to as a “North American” company instead of just calling them Canadian), which BART will likely vote in as the winner at a public meeting tomorrow morning at 9am (yeah, that's in 12 hours, cause I know you're totes gonna read this tonight and change your morning plans).

Critics are crying foul because the “North America” Bombadier has apparently struggled to come up with a BART plan that will use just 66% US sourced parts. Also, Chicago's Bombadier built fleet of rail cars were apparently made with defective Chinese parts that recently forced replacements in all 775 of Chicago's trains and a complete recall and loss of 54 of those trains.

By now, you've probably heard that really annoying, cheesy radio ad advocating for a “BART for America”. These ads are being funded by interests supporting the Alstom bid, who apprently submitted a plan to use 95% of US sourced materials for only about 12% more cost than Bombardier's bid, which still below the total project price tag of $2.5 billion. Unions are backing the last ditch effort to push BART towards the Alstom bid, and if you care enough to make a fuss and maybe create a few more manufacturing jobs in South Carolina or whatever, you too can show to the BART Board of Directors Hearing at 9am tomorrow morning and yell at people who aren't listening and have already made up their mind! 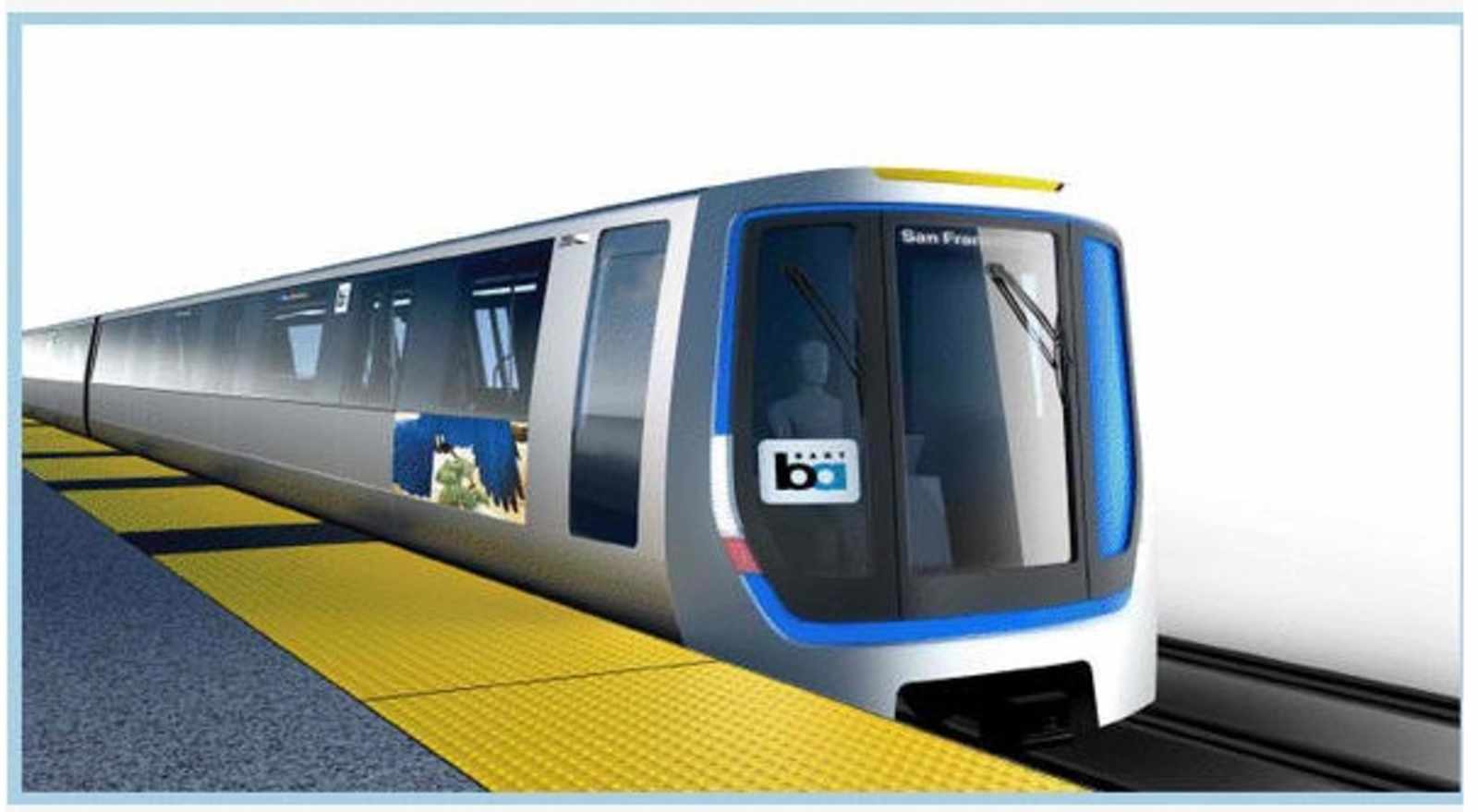 Future trains brought to you by the metric system and French Fries. Pic via BART.

Well, at least if they go with Bombadier they’ll be made in America. Some of my favorite products come from the Maple Leaf State.

So I don’t know about you guys, but I’m really gonna miss these cars. Yeah, theyre disgusting, but they’re fucking rad. They look like the future, and if we get rid of them we won’t know what the future will look like anymore. Who knows where we’ll be headed!

31 months to evaluate three companies? What the fuck.

This seems like a good spot to remember Bechtel’s role in making BART more expensive and a pain in the ass to maintain. From the HuffPo:

when Bechtel designed BART in the 1960s, it made the tracks a non-standard width. The vast majority of train systems use track that’s 4 feet 8.5 inches wide, whereas the width of BART tracks is five feet.

“That was the biggest mistake,” Allan Miller, Executive Director of the Train Rider’s Association of California, told UrbanHabitat.org. “I mean, it wasn’t even a mistake. It was done purposefully, just to raise everyone’s profits. Every time you order anything for BART, you have to not only get different parts, you have to actually build the machines to build those parts. Every machine that builds the parts has to be made from scratch. That’s an incredible expense, and they’ve plagued us forever. There is no way out of it.”

This is a pretty dumb article. BART is probably buying the most expensive rail cars in the world, and there are two reasons for it. One reason is the non-standard specifications mentioned in a comment above, though it’s not just track gauge- loading gauge, power supply, everything is non-standard. The other reason is Buy America. Systemic Failure discusses a different car order which has a price tag double the going market rate due to Buy America rules.

In other words, the FRA is pissing away a quarter billion dollars. Imagine all the projects that might have been done with $250 million. Imagine all the jobs that might have been created with that money. I’m talking real jobs — not bureaucrats enforcing Made-in-America rules. Jobs like installing new PTC signaling, repairing bridges, or expanding the transit network. You know, things that have tangible benefit to riders.

Or to put it another way- do you want to piss away a billion dollars so you can get a patriotic hard-on everytime you enter the new BART cars, or do you want to start building a new BART line under Geary?

The old line companies that knew how to build rail cars shut down decades ago because no one wanted to buy their product. Among them were St. Louis Car Co. in 1970, Pullman-Standard sometime in the 80s and Budd Co., whose last product the SPV2000 was barely noticed. So when the rail revival started there were no experienced builders available. only eager newbies like Boeing-Vertol and Rohr, who found themselves out of their element when it came to car building. That’s why transit agencies turned to more experienced foreign firms to fill their orders. These firms hired American subcontractors to supply American-made parts to satisfy the Build in America requirements. Now whether Bombardier or Alstom is better is a tossup. Bombardier is well-known for quality work, with the Chicago car problems an anomaly. Alstom is known for building the C2 line of BART cars and rebuilding the older Rohr cars, so they have experience, too. Since you can’t demand that the work be done in California, neither stands out, although Alstom does its assembly work in New York. You pay your money and you take your chances. Just don’t demand that all of the work be done in the USA for reasons stated above. To do so makes you look stupid.