In Other News, The Mission is Still Over 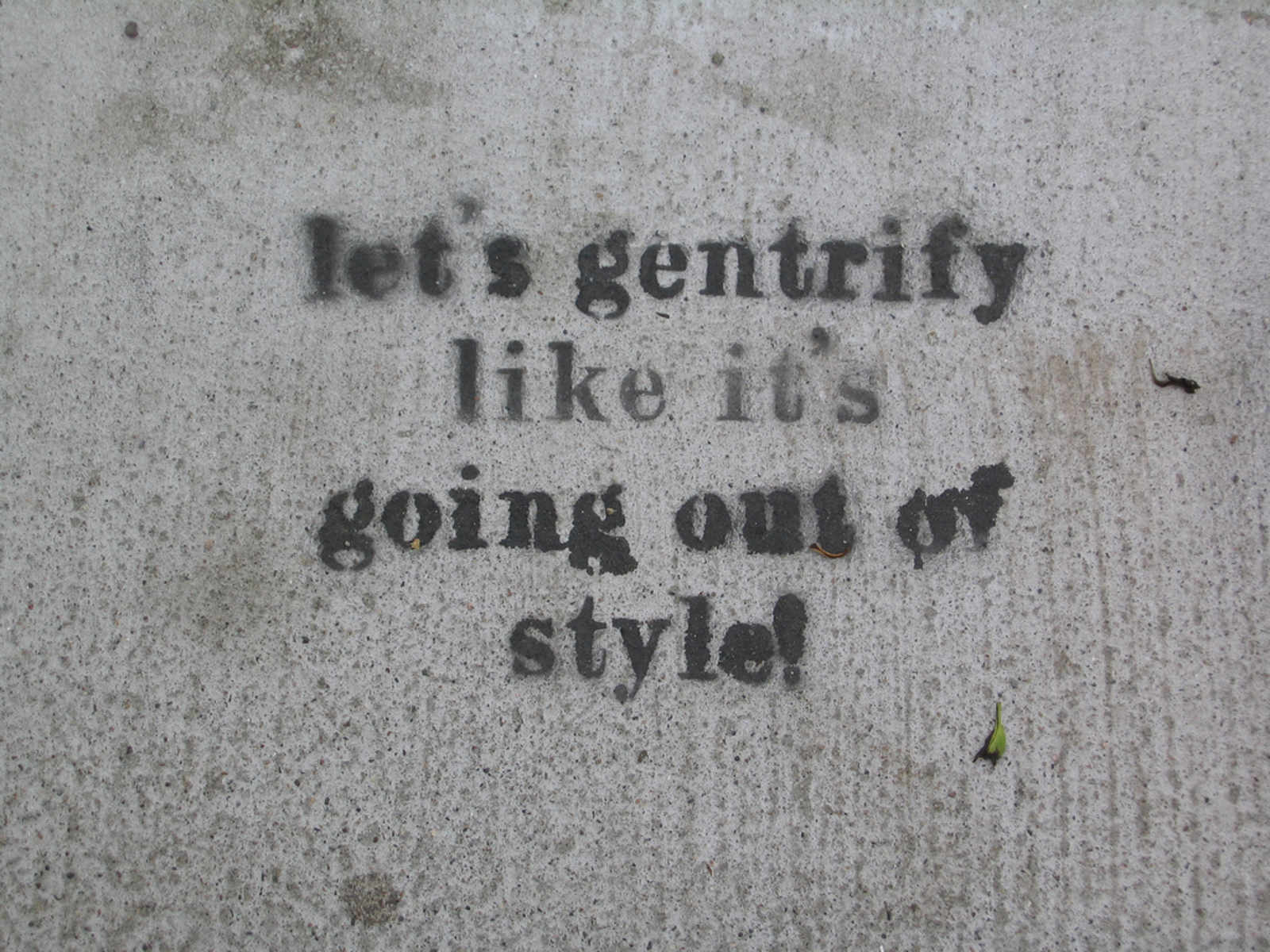 Oakland Local's Justin Gilmore is over the Mission and wants to tell you about it:

San Francisco is a place that offers at least a semblance of social life in the streets and has a mass-transit system that, being at least semi-functional, can get you home even after chasing large doses of MDMA with multiple Irish carbombs, resulting in an uncontrollable throwing up of copious amounts of last nights frozen pizza onto strangers who you had drunkenly mistook for childhood friends. Who doesn’t want to live in a place where you can simply exit your apartment, walk a few blocks, and end up at a bar filled to the brim with a battalion of apparently creative, interesting patrons? Or, at least, so went my daydreams.

As it stands, the reality is much different. Upon exiting BART and walking down the streets of the Mission, it becomes apparent that San Francisco has transformed in ways that I cannot appreciate. Newly Ipe-planked luxury condominiums with fancy, all glass, automatic underground garage doors, and heated post-industrial concrete polished floors, sit adjacent to coffee shops whose patrons sip on $6-7 dollar coffee while they guiltily donate some small, insignificant pittance towards “saving the third world” on their new high-end Mac gadgets.

In fact, it’s almost as though yuppies had gotten bored of the suburbs and decided to move to the city, only to bring with them the worst parts of the place that they now claim to loathe. Walking down almost any SF sidewalk, you can see what is in fact the real blight: the late-thirty-something upper-management Google/Wells Fargo employee who, armed with a six-plus digit salary and a lengthy history of family money, recently demolished some jenky apartment building in order to have it reconstructed as a suburban home disguised as an edgy urban loft. [Read on]

My daydreams also involve not having to ride BART after multiple Irish carbombs, so I totally get where this guy is coming from.  So, what are we going to do about the yuppies?

[Photo by ClockworkGrue | via MissionMission]

Zuckerberg was at phonebooth last night.. Time to move to another part of town.

Justin Gilmore grew up in LA, went to school in Santa Cruz, and is now living in Oakland. Fuck him.

Who the fuck drinks car bombs?

Think that about summarizes it.

Cool, interesting, creative people just move to the next place or thing. The zombie like fucktards will follow them to the next trend, thought or place and they will have to move again.

So the guy likes living in the suburbs more than in The City. Good for him, don’t let the door hit him on the ass on the way out. Why is this a thing that is worth thinking about? People who gravitate to the suburbs deserve the suburbs; this is not a new phenomenon.

Oakland is a crime-ridden shithole that will NEVER be cool. Even the rich parts are getting robbed at gunpoint. It’s not that there is no “there, there” it’s “who gives a fuck about Oakland?”

He should go back to LA and live in Silverlake. or die. WHATEVER. People from around the world don’t plan vacations to “Oakland.” They plan vacations to avoid it like avoiding any other crime ridden shithole with no economy. Like Detroit.

All hate aside, SF, particularly the Mission, has changed a lot in the past 10 years. Whether it is for the better, is up for debate.

completely lame article. thanks for wasting your own time.

weak article. every hipster i know owns an iphone, suck my balls sideways.

“the real blight: the late-thirty-something upper-management Google/Wells Fargo employee”? yeah, you’re right, anyone who works in the tech industry or at a bank is a blight on society and shouldn’t be allowed to live in SF. Maybe these people should just be kept in a pen locked up in silicon valley where they can spend countless hours inventing the blog software that Justin Gilmore used to write his post, coding the search engines he uses, etc.. but god forbid they are allowed to live in SF as they are so “utterly uninteresting”.

“My daydreams also involve not having to ride BART after multiple Irish carbombs, so I totally get where this guy is coming from.  So, what are we going to do about the yuppies?”

- Slow down on the booze. You see the irony here, right?