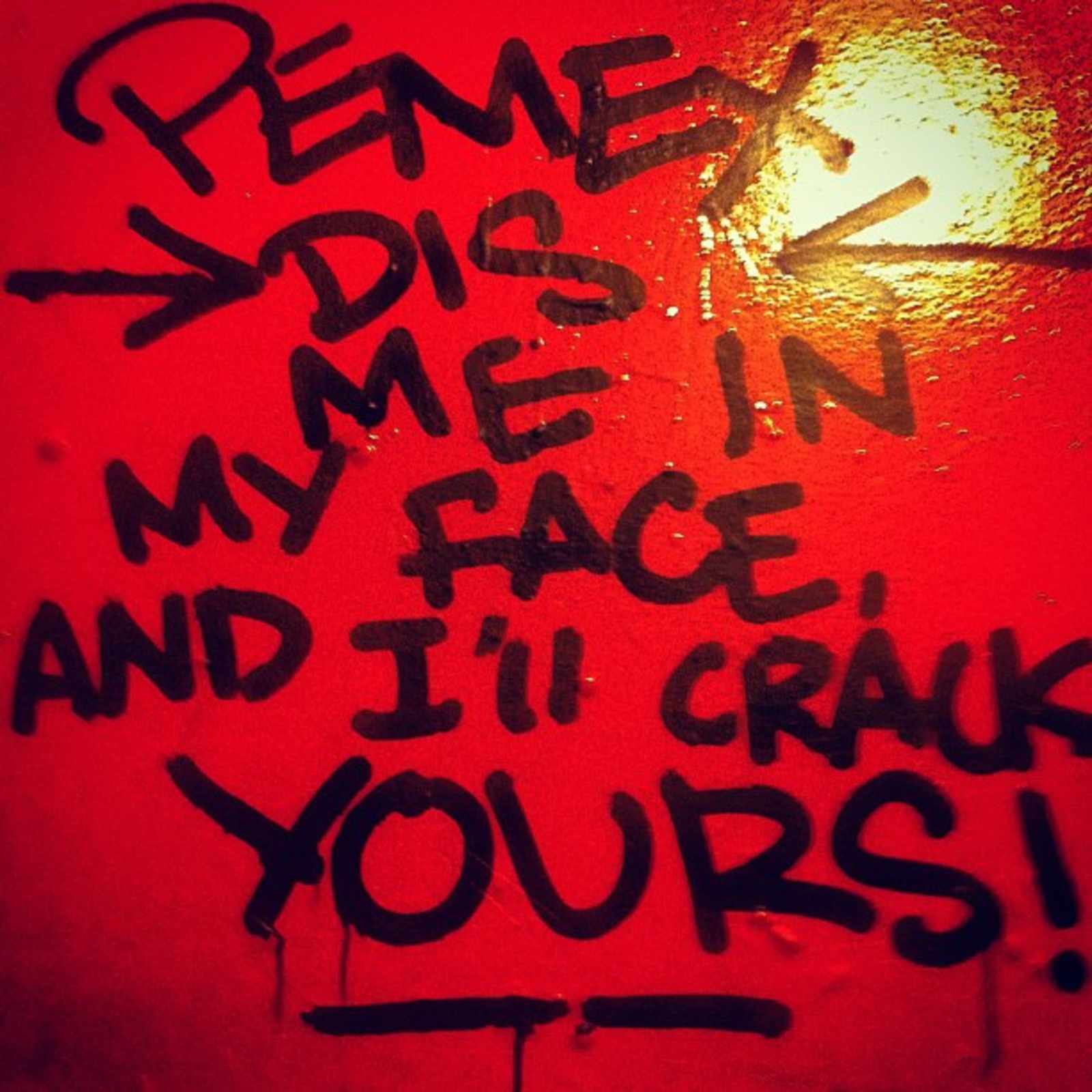 We spend plenty of time “promoting tagging” or whatever, so in the interest of fairness (pageviews), here's a fairly interesting fact that came to light in our comments the other day: bars in the Mission are hella bummed about bathroom graffiti and they believe serving PBR and Tecate is partly to blame for it.

At least, that's how it unfolded.  Starting with Tuffy, bar manager at Pop's on 24th:

We have to paint Pop’s EVERY week inside and out. The fines from the city are one thing but it also has other implications—like independent insurance assessors that report tags as evidence of a criminal element in the area and report that back to the insurance company so our rates go up.

That’s hundreds of dollars a month to clean-up after taggers and, so far, we haven’t passed that cost on to our customers.

Someone asked that he break down the cost of it, to which Tuffy responded:

Easily 100s. First of all, we have to pay someone to fix everything. It takes between an hour or two each week to repaint everything. That's $30 a week in wages alone. Then there is the cost of paint, rollers and tray. And then you calculate the amount our insurance was raised and you're easily into $200+ a month.

Then someone alluded to knowing “a certain bar owner that is thinking of getting rid of PBR and Tecate so the scumbags will go elsewhere.” And our buddy Jack chimed in saying, “Dirty Thieves (Blind Cat) raised the price of a PBR to $4 and a game of pool to $1.50 less than two weeks ago. When asked why, the bartender yelled at everyone about 'all the problem kids' that ruin the bar.”

All this seemed kind of incredible—artists effectively gentrifying themselves out of the neighborhood.  Was that really the case?

Pop's somewhat-famously ditched their cheap beers two years ago as well, so I asked Tuffy about it and the bar's general problem with tagging:

That's EXACTLY why we got rid of PBR on tap and Tecate cans about two years ago. There was a noticeable change—same thing when we got rid of the pool table. We're still committed to our dollar beer nights, but we also know that those are the biggest nights for tagging.

We've installed new security cameras primarily to help reduce our insurance costs. Secondly, for the protection of our employees—a certain bike thief and and a dozen of other have made pretty serious threats against the bar and myself. We had a problem with a purse/jacket/iPhone thief for awhile and wanted to get surveillance on that. Lastly, all parts of the bar are now being recorded so if you're going to tag in a public part of the bar we're coming after you—you will be 86'd, unless you want to come in and repaint the bar and pay for the damages (we have a list of tags and taggers).

Regarding “snitching” - I'm over it. If these people are so determined to continue to vandalize and destroy our property, we're going to start handing over photos, video and names to the police. That's how fed up we are.

[Note: I changed the title of this post a few hours after it was first published because I liked Many Machine's suggestion better]

You wrote: “artists effectively gentrifying themselves out of the neighborhood”.

This is a post about taggers, right? Taggers are not “artists”, in either intent or execution. I’m not saying some graffiti isn’t art, but tagging never is. Maybe some artists also tag. But tags are not “art”.

thanks, just wanted to clarify.

The pops people are overstating it. They either pay the cost to clean up the graffiti every week, OR they pay the fines to the City. The City does not fine if the graffiti is cleaned in under 30 days.

i’m a new reader to Uptown (followed a link on facebook) but can I ask why exactly you would “promote tagging”? do you also promote dog poop on sidewalks? there’s roughly the same artistic ability in both. graffiti adds color and excitement to a neighborhood, tagging is akin to dogs peeing on bushes.
interesting read though. thanks!

The funny thing to me about complaining when taggers get caught it that they are basically writing their name or personal doodle on everything. It’s not anonymous. Getting caught (or trying not to) is part of the game.

The owners of the various bars should get together to identify the common problem tags.

haha youre all fags. graffiti will never end

The fact that the San Francisco Department of Public Works and an unnamed insurance company use graffiti as an excuse to fuck small businesses and property owners up the ass reflects badly on the DPW and the insurance industry, and has very little to do with the actual graffiti or the people who create it.
How much much money does the city spend on these Graffiti Inspectors? A couple hundred thousand dollars per year just to hassle people because some kid wrote on their property?

correction: pop’s serves $1 beer on multiple nights. i’d welcome the smell of spray paint over that resident butt-stench the bar emanates on a nightly basis.