The Truffle Guy Has the Strangest Stalkers 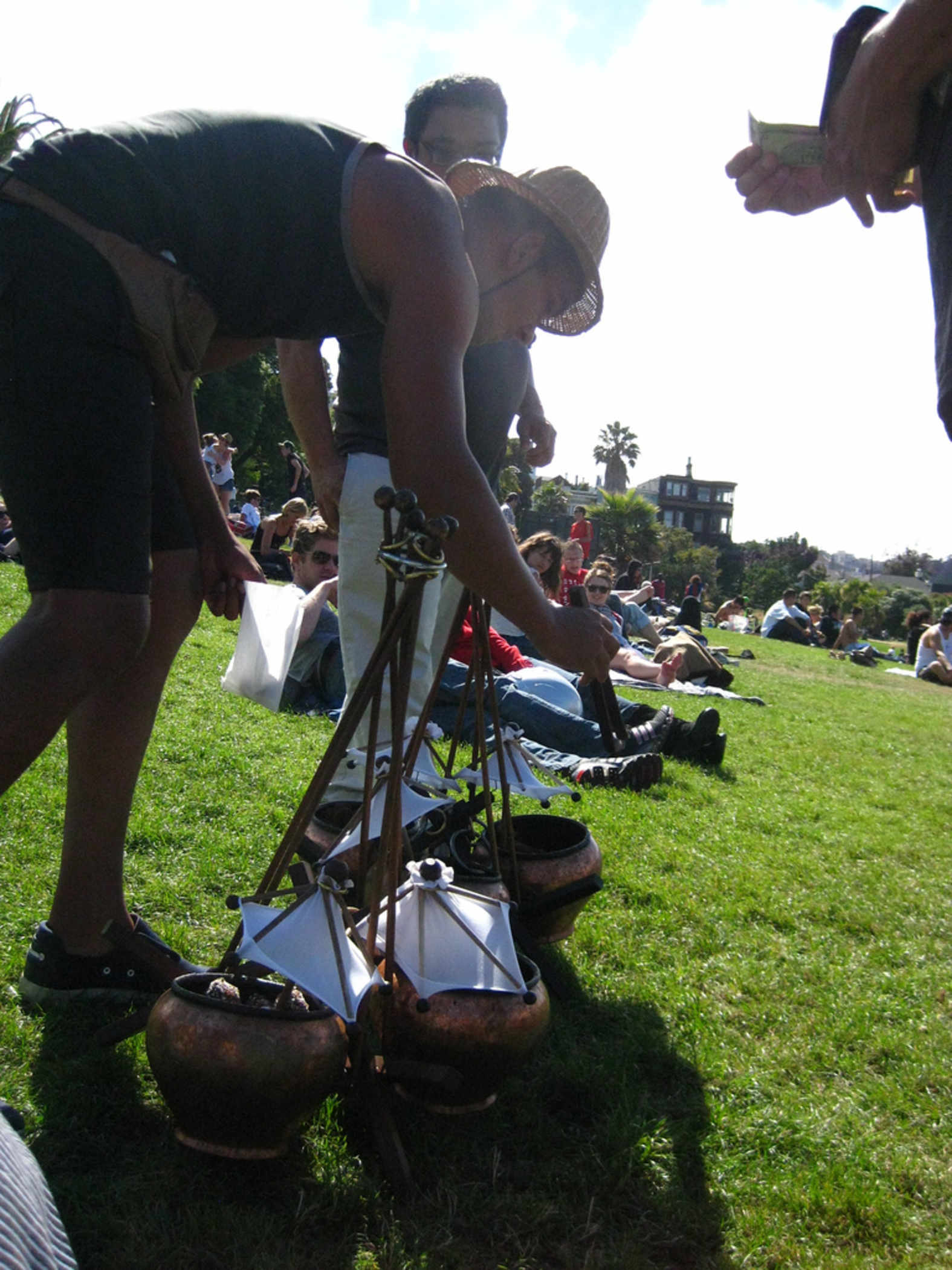 I think ur name is “DEVIN” and ur black.

U were selling homade truffles out of homade round metal boxes u hammered yourself with homade minitents to keep the sun off them so they don't get all melty for ur customers! Ur so cute cuz I think about u sitting at ur kitchen table making those minitents at night when ur not in the park and u have candles all around u or I think about u in ur garage making boxes drinkin a beer with a hammer. U were the one w/ shorts looked like maybe from france def bluish and a pink and white stripe half shirt and a brown leather bracelet with little beads on it u probably made it to huh!?? and u had brown dressy shoes with really strong legs. U also had a weird but cool hat on that looked like a city in another country is that where ur from?! It also looked like minitents. U said u dint make it but I bet u really did :). U were a gentlemen to me and my friend, cute nice eyes NICE BIG SMILE. U smell good too :).

I was the one who followed u around the hole park and helped u serve truffles to customers all day saturday. U told me not 2, but I actually wasnt being nice I wanted to be close to u for more time u smell goodddd! Then I gave u my # and address in san mateo. I was chilling up on that hill with my girl Sandy. I was the one named Dawna like I told u before.

Well I see ur not there again this Saturday cuz I was in my car by up on that hill and ur not there or I just couldnt see u :(. Im at the library writing this. I know classy. Neways, Im staying in the city in my car 2nite so hit me up if u want me 2 come over instead ;). Hit me up if u forgot my number or name or just wanna hook up. I will do it 4u :).

Well, I'll make sure to be in the park Saturday to watch this crazyperson get maced.

I hope while she was in the library she checked out He’s Just Not That Into You.

I’m sure there’s nothing Truffle Guy wanted more than to have some peninsula crazy wander around “helping” with his illegal drug business.

Open letter to Dawna:
YOU don’t appear to know English. YOU’RE a fuckwit if you think life is a text-message.