If I've learned anything about the internet, it's that y'all are suckers for three things: bikes, maps, and infographics. Today's news, out of charming college town Eugene, Oregon, combines all three! Prepare to have your minds blown: 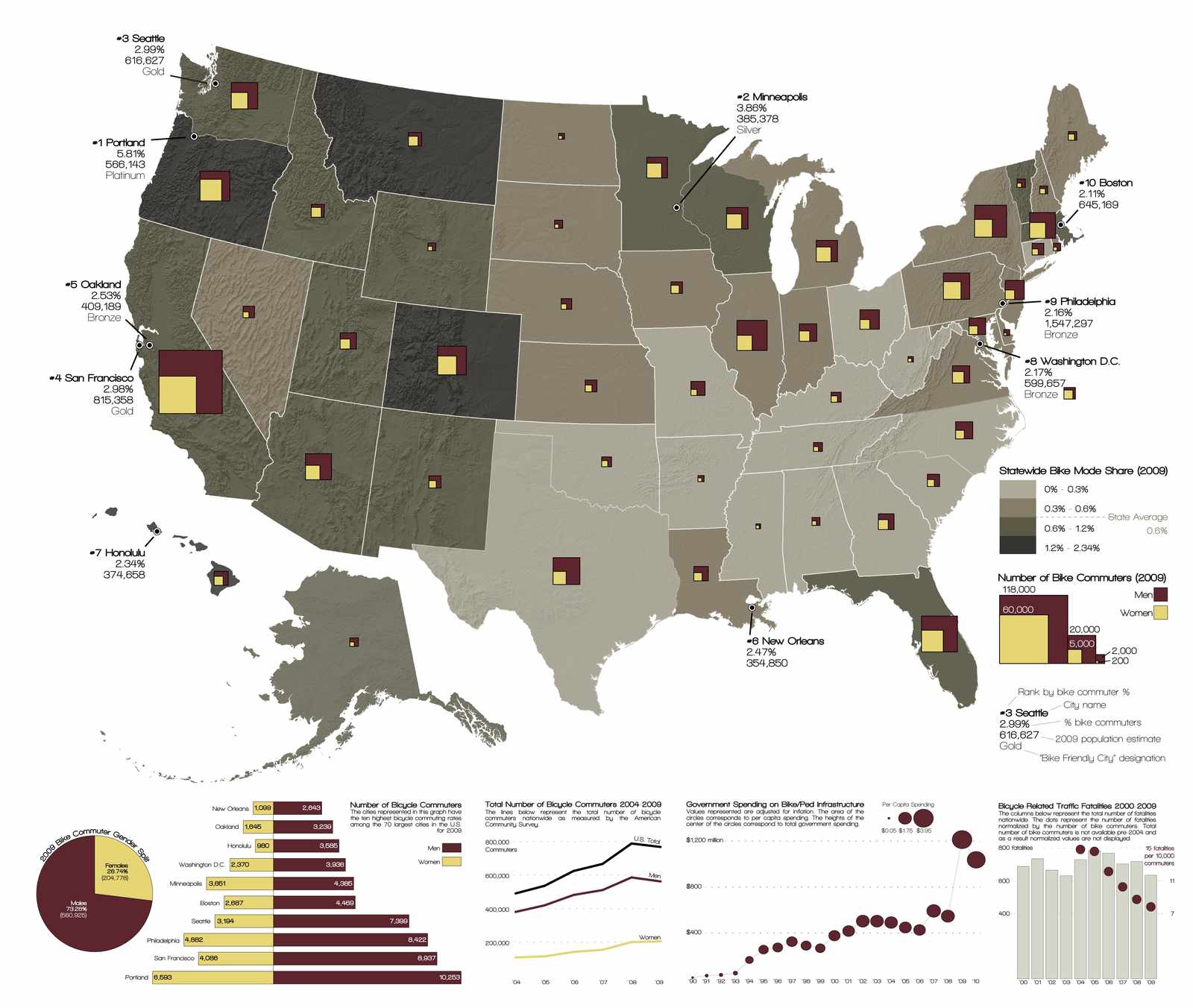 You are almost certainly going to need to enlarge that picture for the full effect, and can do so by clicking on this link.

This map was created by Kory Northrop, a U of O masters candidate in Environmental Studies, and tracks trends in commuter cycling over the last 10 years or so. If you commute by bike, this might not tell you anything new. Yes, theres a shit ton of commuter cyclists in San Francisco - you ride with them in a pack of 40 to and from work every day. Yes, commuter cycling (and the cycling community in general) is male-dominated - nothing new there.

The most interesting part of this study is in the correlation between the rise in government spending on bike/pedestrian infastructure, and the overall decline in bike related fatalities. It would seem as though the government is effectively putting their money to good use in looking out for the interest and safety of urban cyclists, which is pretty rad. Also, there's safety in numbers. As the number of urban cyclists as increased, fatalities have decreased. While you may not like riding around in a pack of old dudes on cruisers who seemingly get joy out of affixing every possible blinking object to themselves/their bikes, at least it's a little safer that way.

I ride my bike from my house to my office in the FiDi every day, but I’d never counted myself as a bike commuter because I figured that meant you had to work once you arrived at your destination.