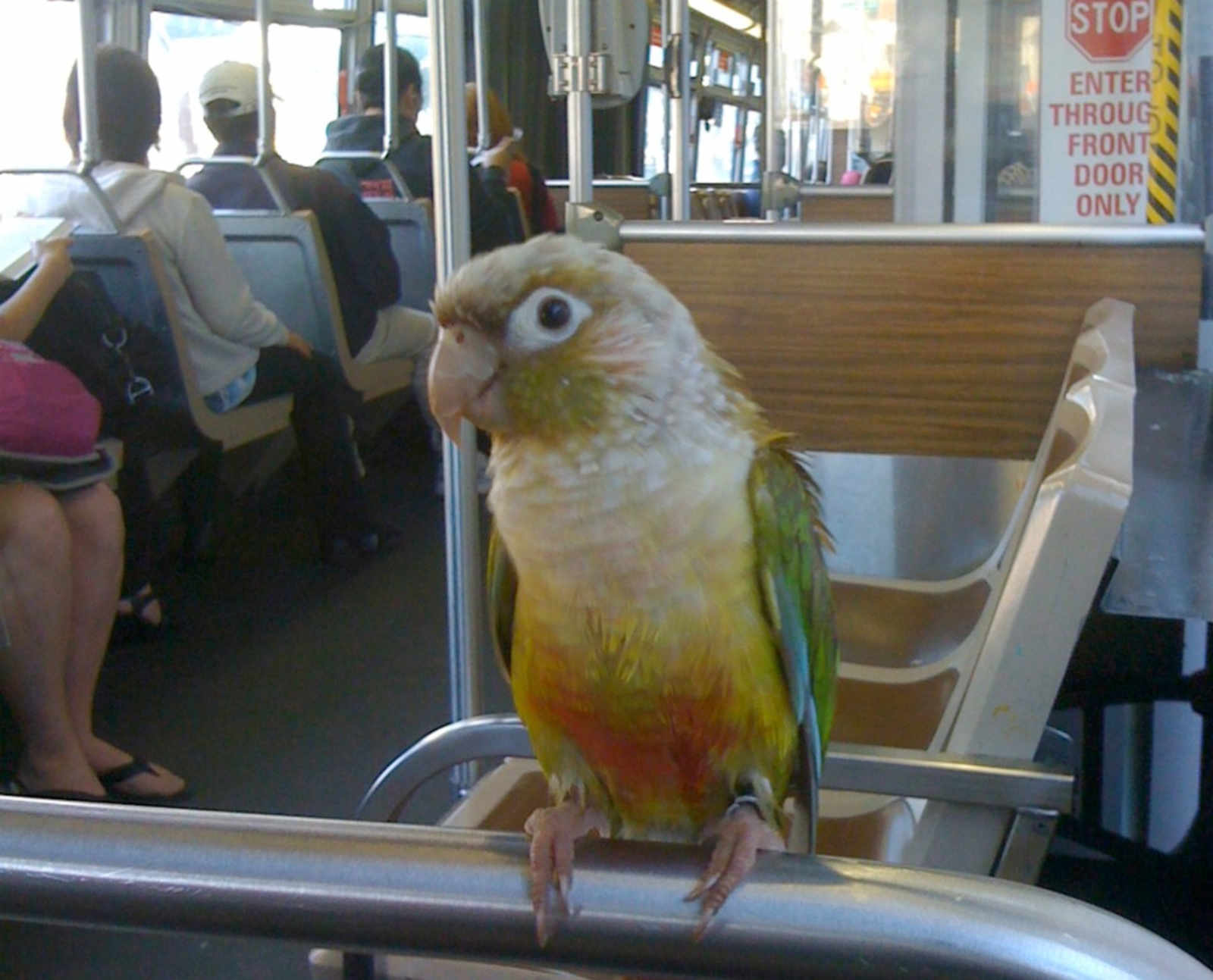 Okay, I'm just going to come out and say that this tumblr fucking rules. Why?  Because some person just carries a bird (named “Patricia Dolores”) around San Francisco, takes photos, and buys weed.  Yes, really.

Not only does it reaffirm that the Mission is evolving into a neighborhood of pirates, but its subject matter is priceless.  Just look at some of the San Francisco celebrities that have posed with this avian adventurer: 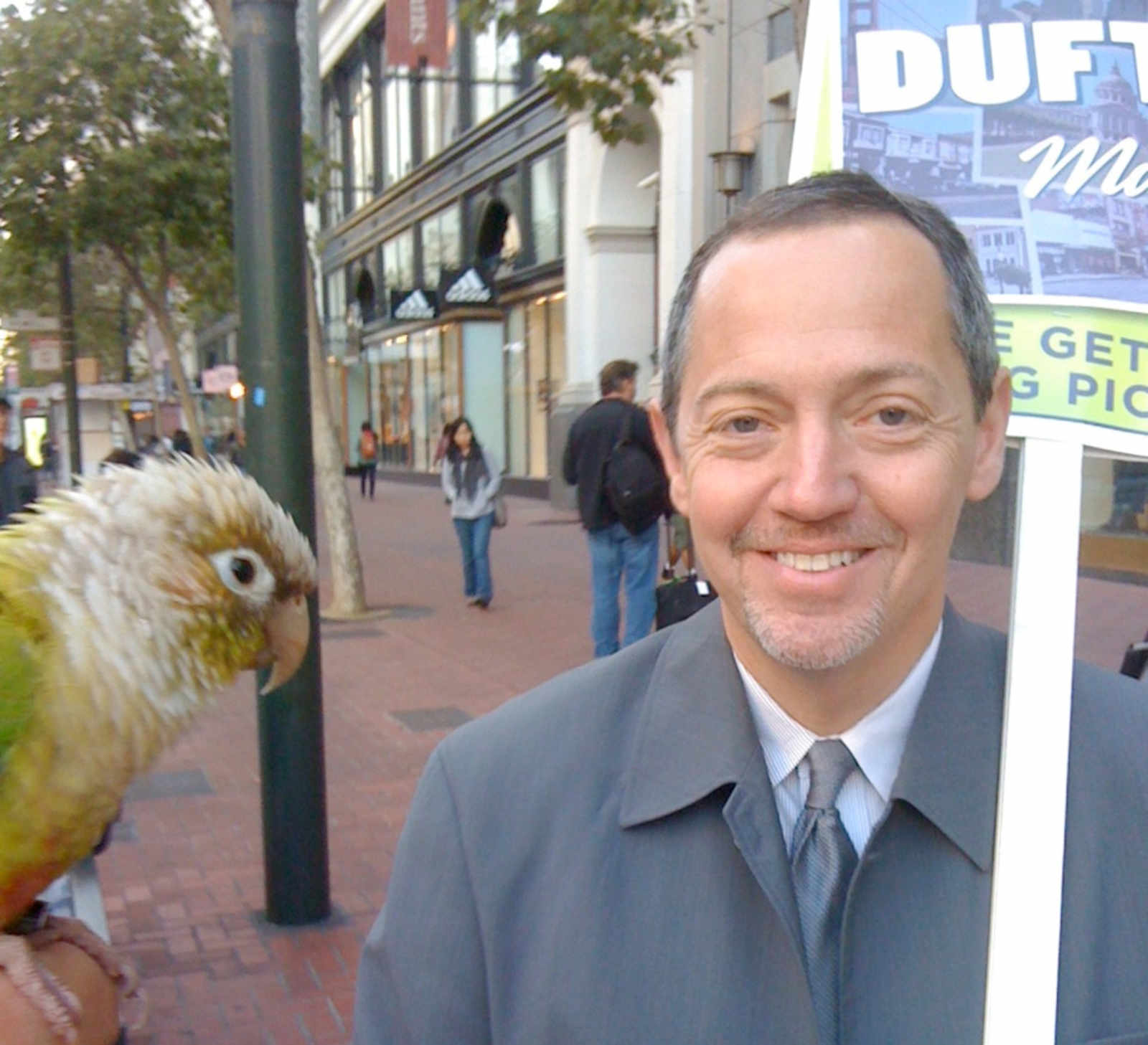 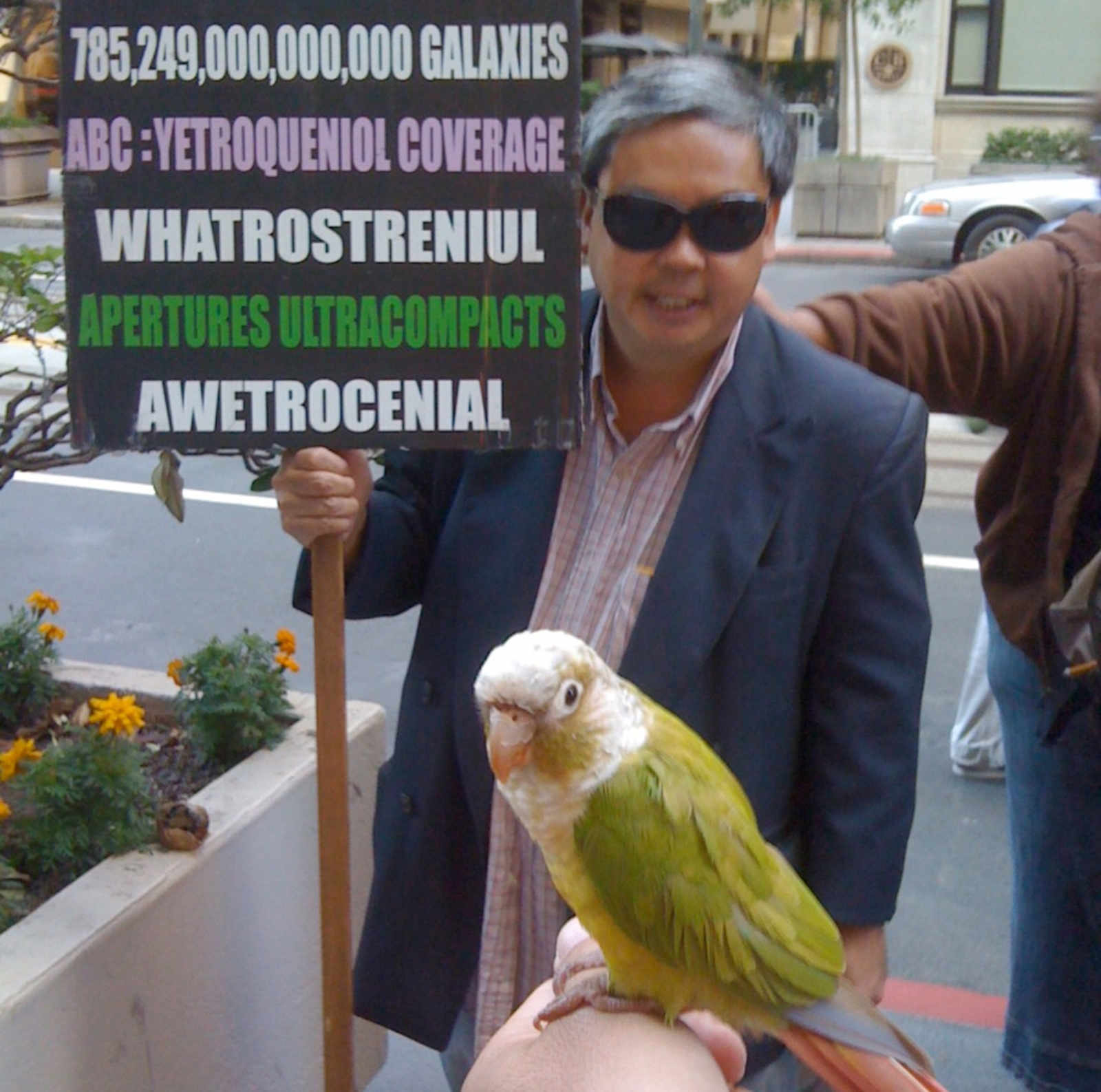 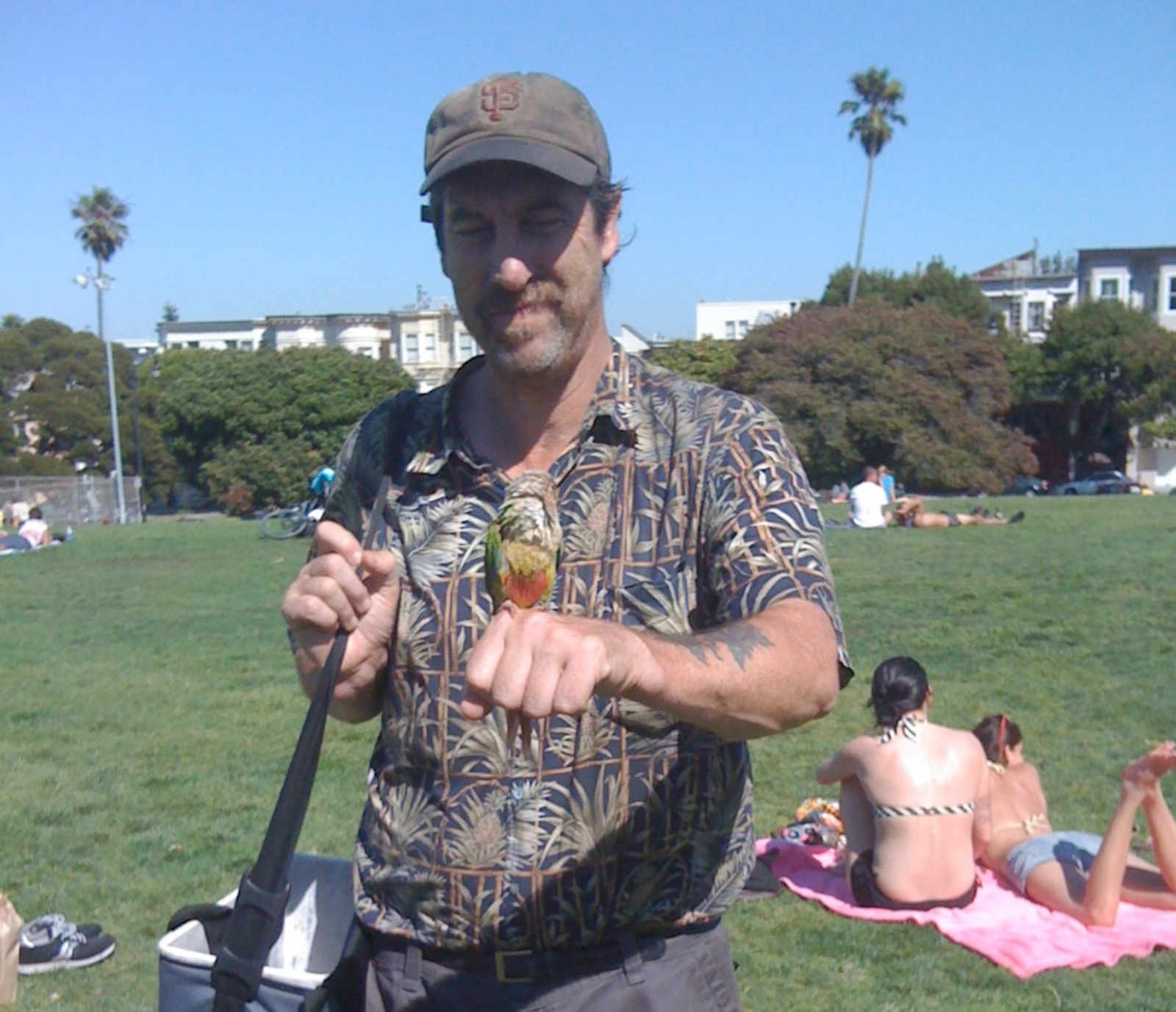 The most prolific businessman in the Mission.

But, obviously, your bird needs to see more than just people.  Why not drag your winged pet to… 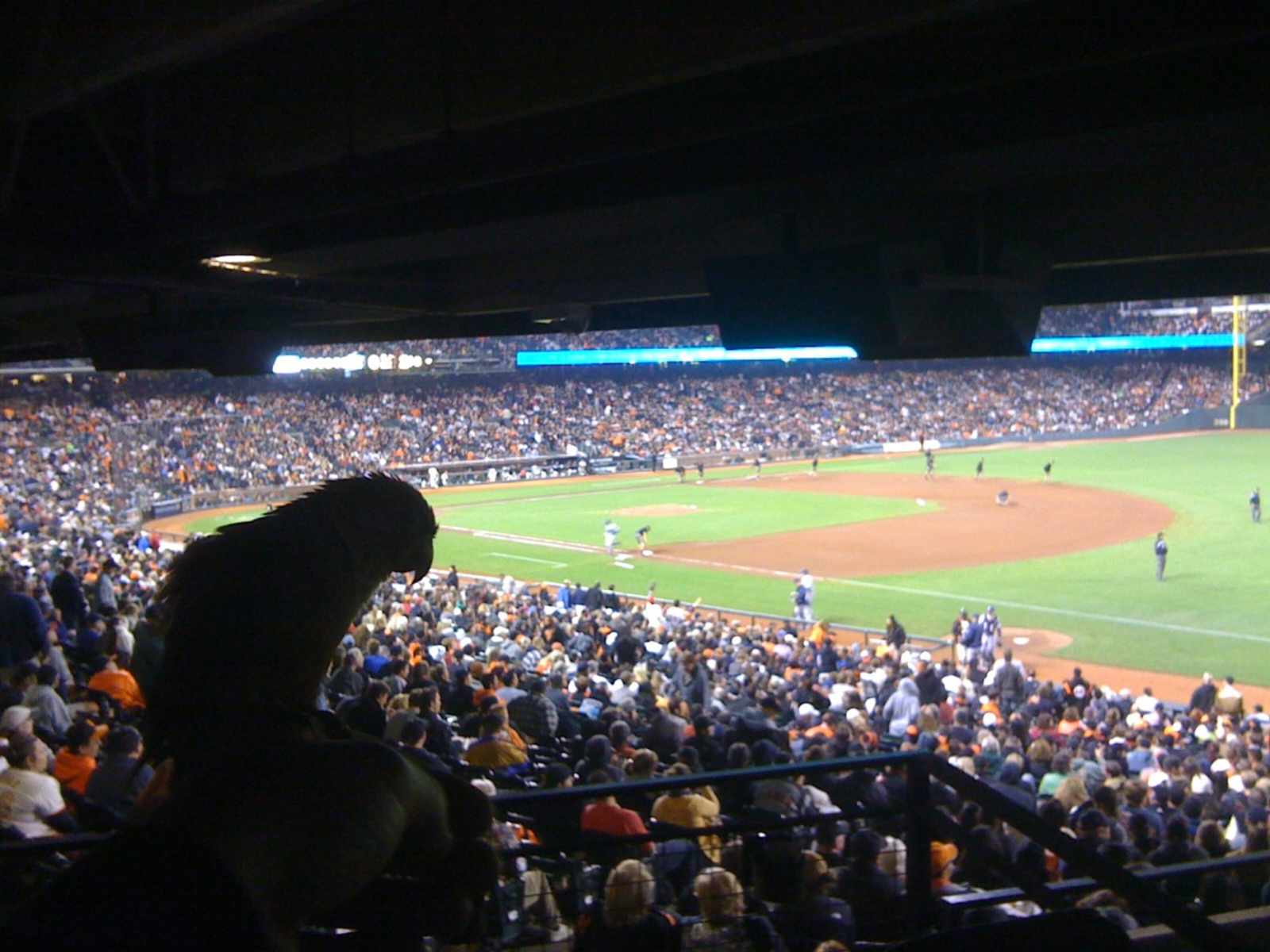 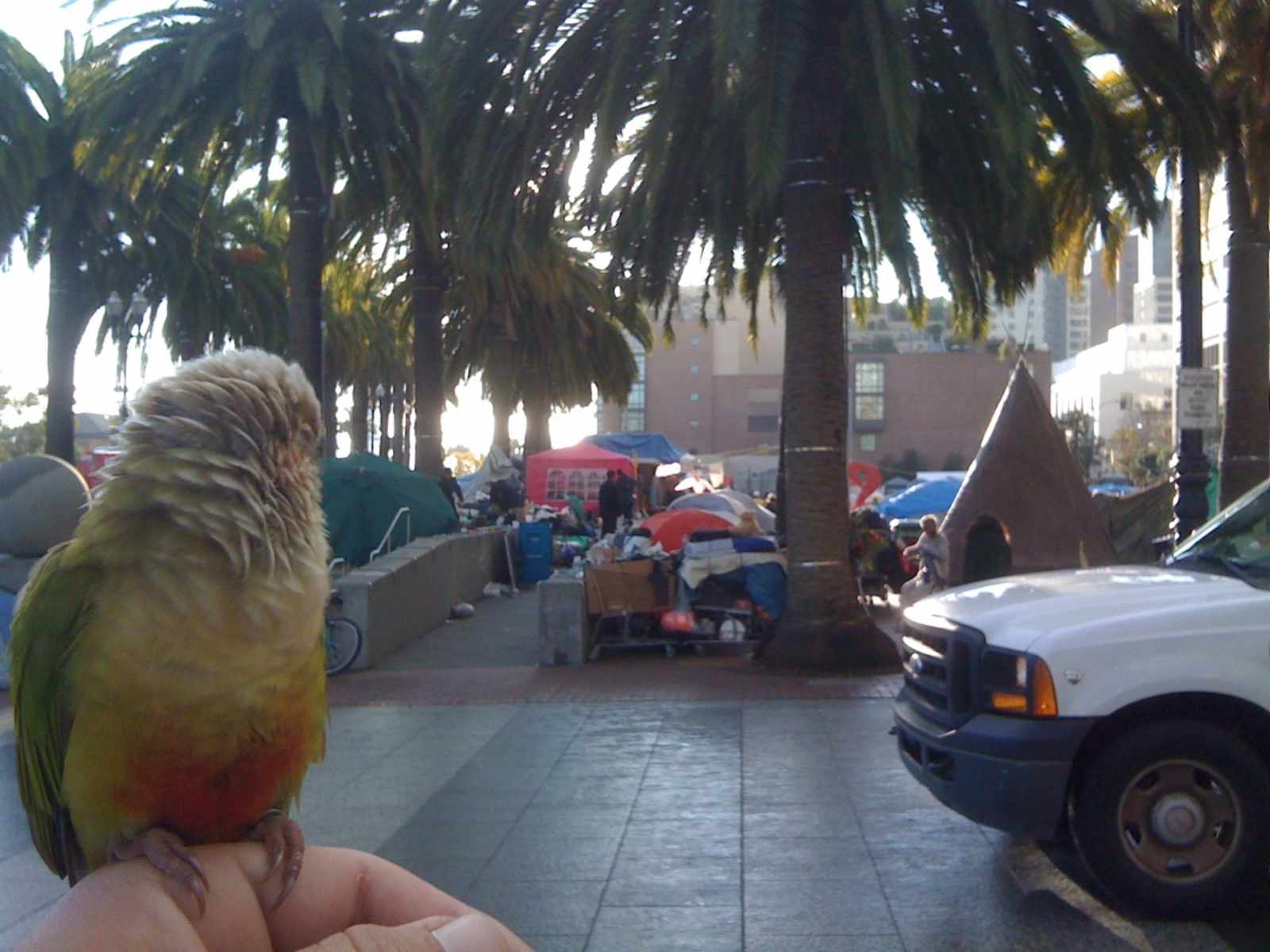 … or perhaps a kinda gross protest with a kinda cool cause?

And sometimes, a bird just needs to chill with the regular people: 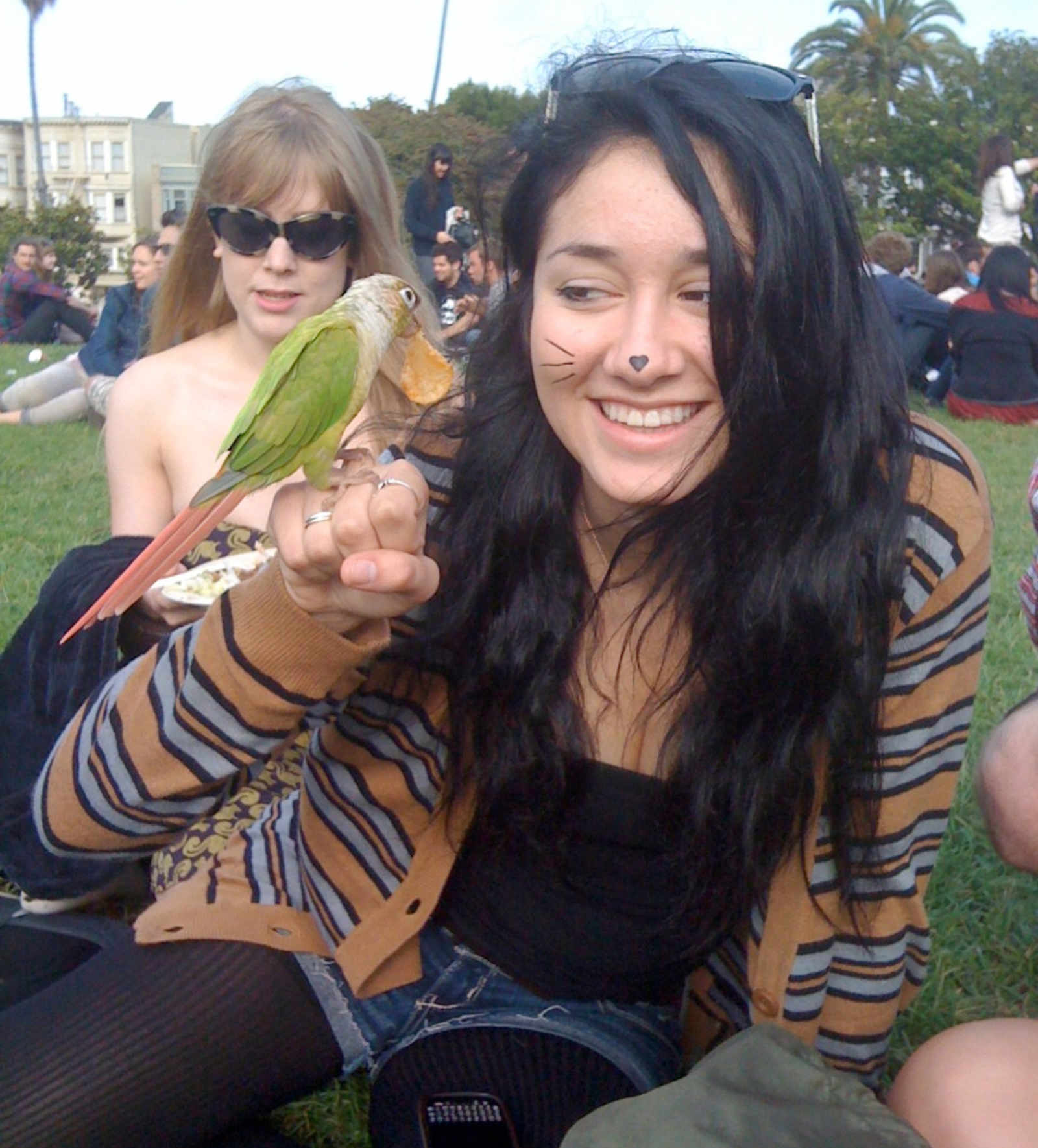 An imposter Snacks the Cat Girl. 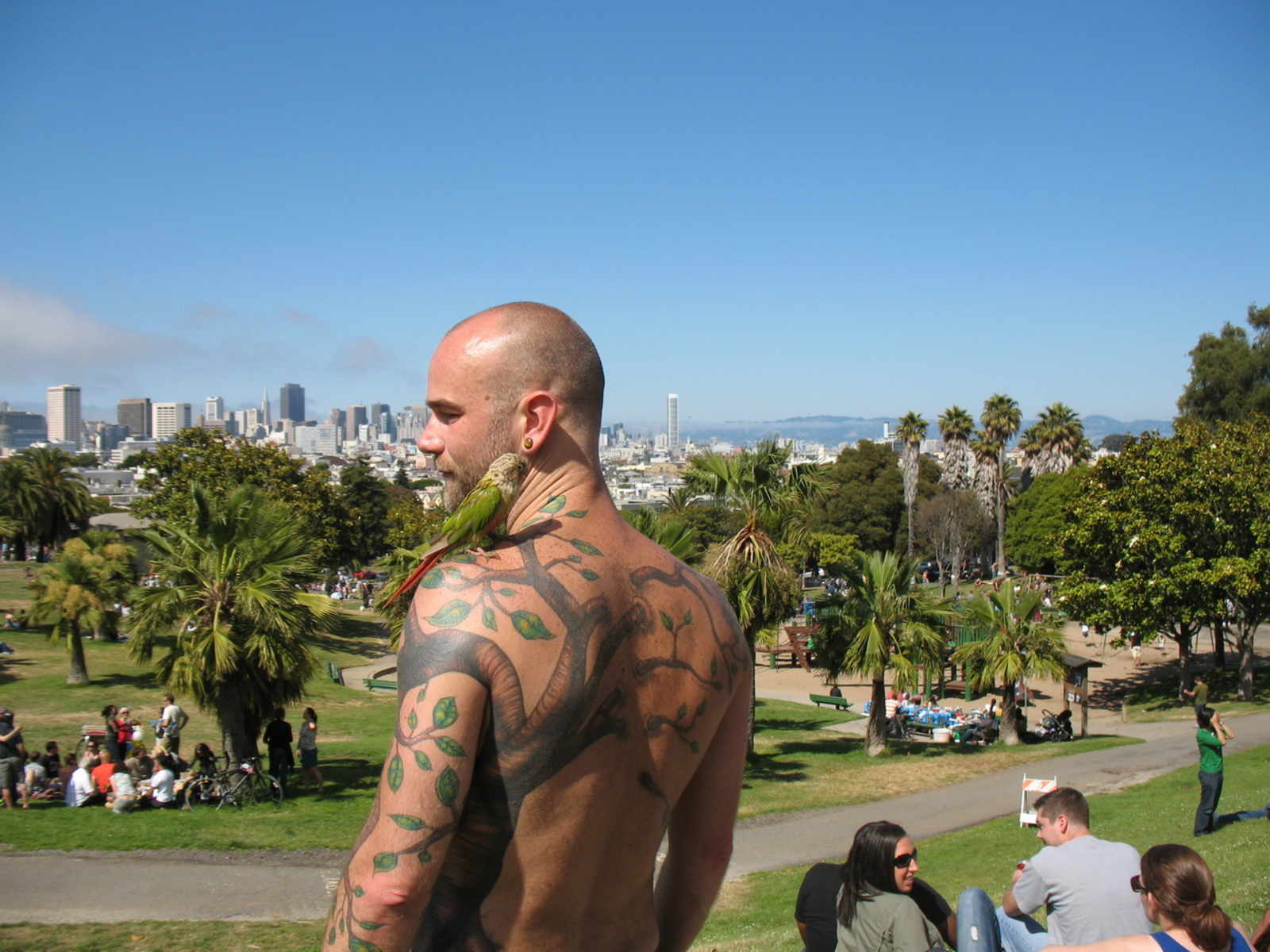 There's 17 pages of the bird hanging out with drug dealers, in coffee shops, on homeless people, and taking bike rides.  Give it a look.

Johnny and Patricia are 2 of the sweetest things I’ve encountered in SF over the last few years. A very good person with a very good bird.

If “Polly” craves a “cracker” here atop the Ozark Plateau with its 98 per cent or so Anglo population there is a huge human herd of “crackers” to be had.

Not that the locals are necessarily “bad.”

Among the hills, hollers and ridges I have found that the main mass of humanity judge folks on their BEHAVIOR, not skin pigmentation.

And this is an area that had tendencies to support the “southern cause” and defied the ‘War of northern aggression.”

Interestingly, this was not an area economically dependent on slavery and many long-dead locals are on record as unhappy with the “peculiar institution” and a fairly sizable number of “freed-men (and wimmenfolk) lived hereabouts with few reported problems.

I was and is BEHAVIOR that mattered!!!

Be civil, leave the other person alone, assist when help needed, BEHAVIOR was and is what matters!!!!

Interesting society hereabouts with a generally “book larnin’ stuff” not embraced and often viewed with suspicion as “puttin’ on airs.”

I sure miss Red’s Java House double cheese burgers on a sourdough roll, eaten in the delivery truck as I read Herb Caen’s column.

For what it’s worth, I tended to be a KYA vice KFRC listener.

Have a wonderful day, folks!!!!

Sheeeeeeeeeee it! We done gone and made the big times now…first this,then the huffington post. thanks uptown!