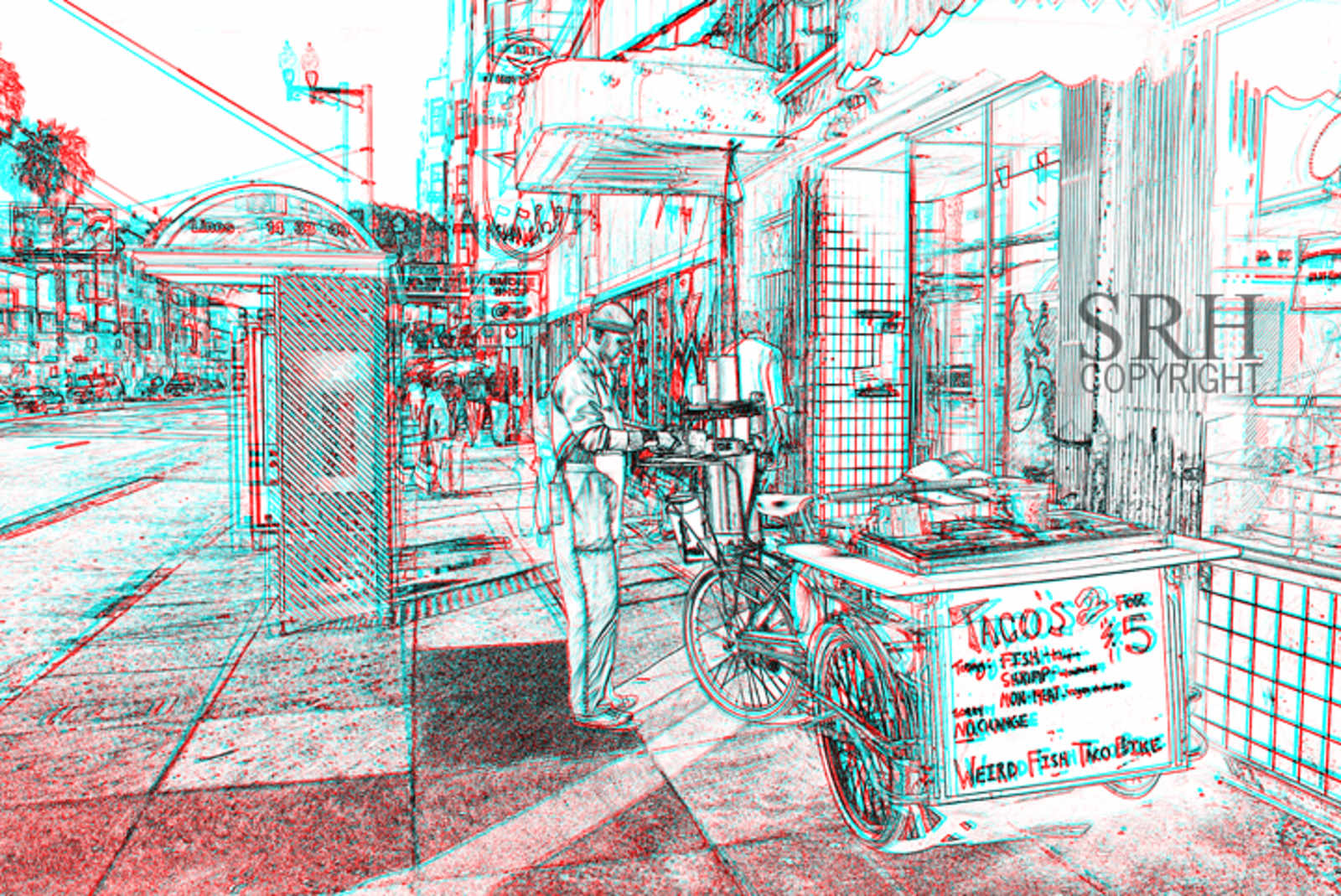 Shawn Ray Harris has been making 3D art in San Francisco for decades, but only just started exploring “drawtography” over the past few years.  It works like this: you slap on a pair of retro red/blue glasses and everyone's favorite San Francisco and Mission District scenes jump right off the canvas.

Shawn explains the inspiration behind the works:

3D photography can be so many different things. Traditionally it's defined as any imaging process capable of recording three-dimensional information giving the illusion of depth. To me, 3D photography includes old vintage photographs paired up and printed side by side on a card, then viewed in an antique stereoscope. The View-Master used the same concepts and was for many of us, our first introduction to 3D. The process that holds the greatest interest to me though, is the anaglyph. Typically, 3D processes used cameras with two lenses spaced eye width apart, shooting onto one piece of film. The anaglyph is different in that one image is being assigned a red value and the other image is assigned a blue value, then both images are overlaid and the illusion of depth is created when viewed with the red/blue glasses. To me, one attraction to the anaglyphs is the use of these old-school glasses. These glasses were such a novelty as a kid. There were times I remember putting them on to look at a huge 3D drawing of Spiderman. It was as if I had witnessed some sort of mad sorcery, Spiderman was leaping off the page. The challenges of blurring mediums from photography to illustration made the anaglyph process an intriguing one. Such a low tech process with a look that is so unique, I find it difficult to compare it to anything else. The impact of those 3D comic illustrations were early inspirations.

If you have an itch to deck your walls in 3D street scenes, or just check out these crazy pieces in real life, head over to Artillery on Mission (between 23rd and 24th) before they're all snatched up.