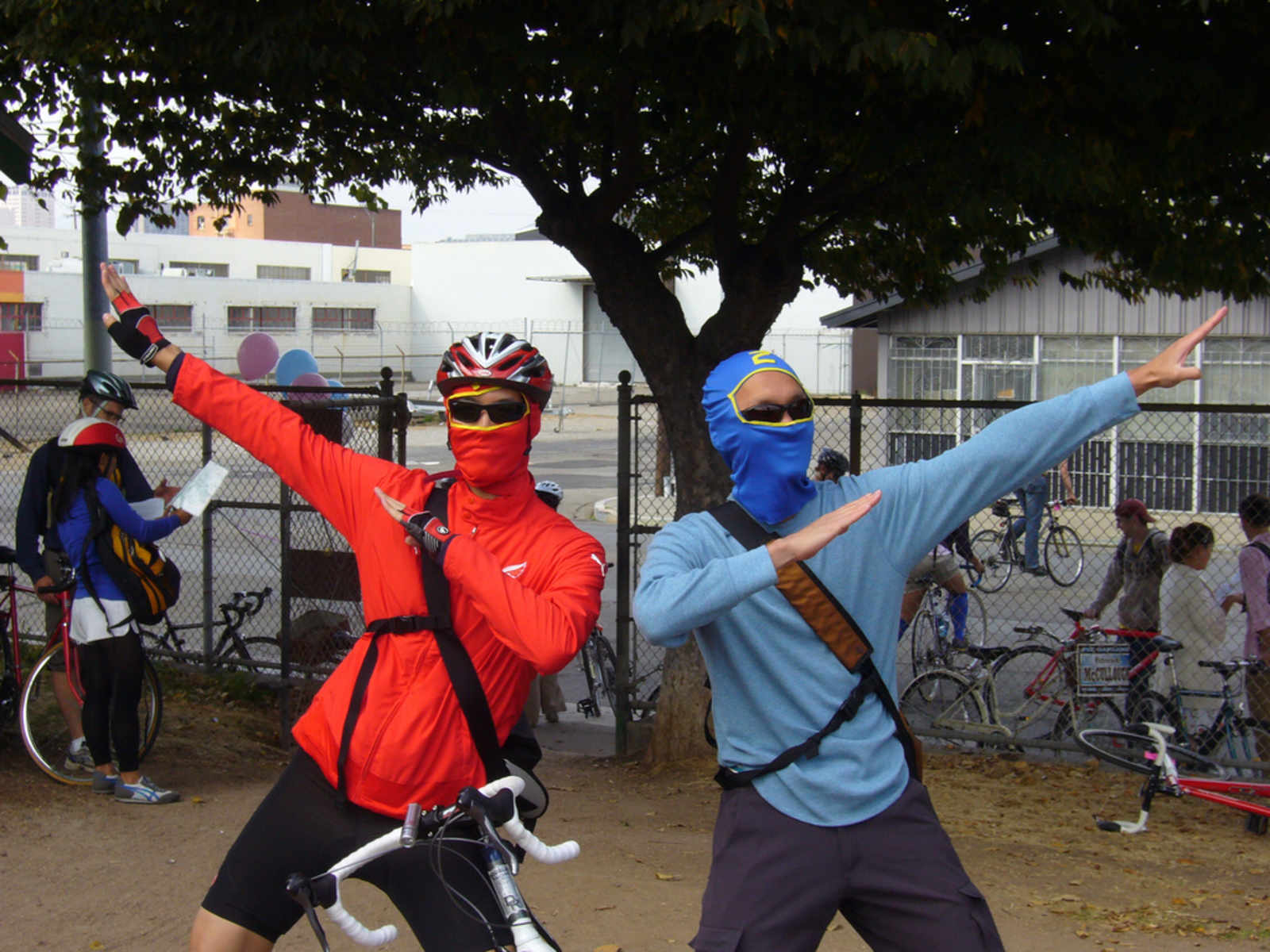 It's been three years since the last Tour de Cupcake, the Bike Kitchen fundraiser famous for combining the mania of alleycat racing and the tranquility of mass cupcake consumption.  Despite gushing tales of glory, trying weather, and acute stomach cramps from race veterans, the Bike Kitchen hasn't put on another edition of the race since its infamous inauguration in the fall of 2008.

Well, after all the wait, Tour de Cupcake is making a comeback October 8th:

In 2008 the first TDC was held in San Francisco, CA.  The race was organized as a small fundraising event, with the hope that perhaps 75 of SF's bike messengers & alleycat enthusiasts would attend.  We were blown away when nearly 400 cyclists, including families and riders of all types showed up at the starting line.  Thanks to cupcake and cycling bloggers alike, we had a bona fide cupcake “happening”! Despite the wind and the cold, racers zipped all over the city racking up points, eating cupcakes and even taking frosting shots [shudder] when the cupcakes ran out.  The event raised over $2,00 for the Bike Kitchen, and some even say it was unofficially the largest alleycat race to have occurred in North America!

You've been asking us for three years, and the Bike Kitchen has decided to hold the race again.  We've planned for the masses and we're pulling out all the stops.  We've planned one heck of a race weekend with kickoff parties, after parties, and plenty of prized and cupcakes for everyone.

Registration is open now for 15 bucks, or you can opt to volunteer and save yourself some coin.