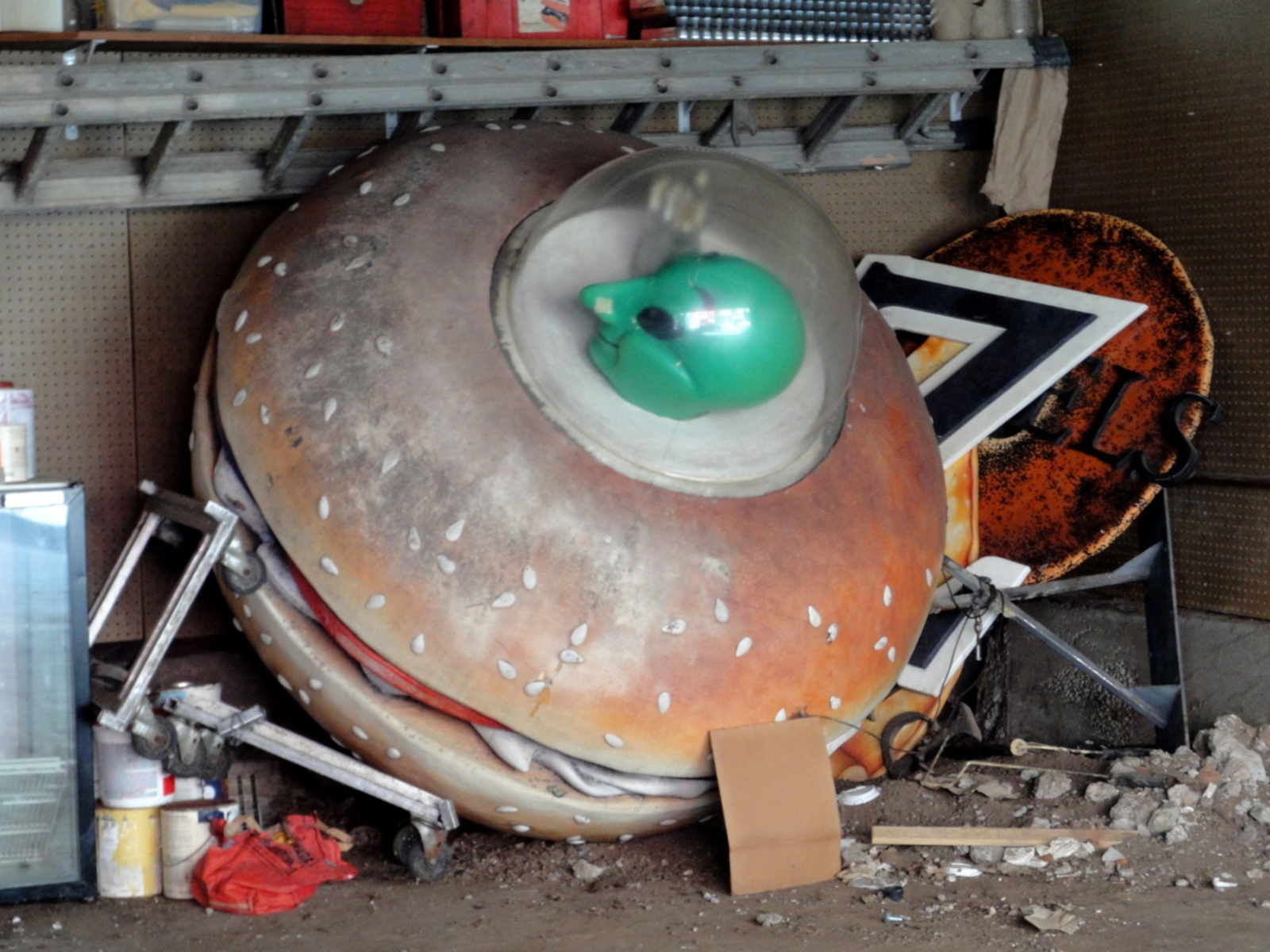 It has been nearly three years since the marketing wizards at Katz Bagels tore down their hamburger-esque bagel alien spacecraft one fateful November morning.  Perhaps it was a wise decision, as no one as been pulverized by sesame seed signage plummeting towards the sidewalk since its removal.  Then again, no one had been crushed before its removal.

Regardless, its removal came as a shock to everyone, and for good reasons.  The Katz Bagel Alien, along with The Roxie's neon tower, the departed 17 Reason's roof-top billboard, 500 Club's glowing cocktail, and Bender's fire-soaked Victorian overhang, had been a pillar of the Mission District storefront iconography.  Fears that the spaceship would become another tragedy of Burning Man never came to fruition, but its apparent fate was far worse: The Tenderloin Geographic Society came across the old signage tossed in the back of some 16th Street garage.  As The Society notes:

I was shocked to see it, but really glad they didn't throw it away, which means I guess they *sort of* know the value of it.

It was in a garage literally adjacent to where it used to be.  I didn't take down the addy, lest someone actually try to make off with it a la Mr. Pickle.

But shouldn't someone liberate this thing?  Aren't we better off with the bagel getting covered in playa than dust?  Sure, we're all glad the bagel alien isn't rotting in a landfill, but it deserves a more dignified death than this.

Clearly this is a government conspiracy to hide the evidence of bagel UFOs.

And I was sure that the only reason it was taken down was so that it could be sold to a wealthy Japanese collector.