If Clooney's isn't a dive bar, then are there any dives left in San Francisco? 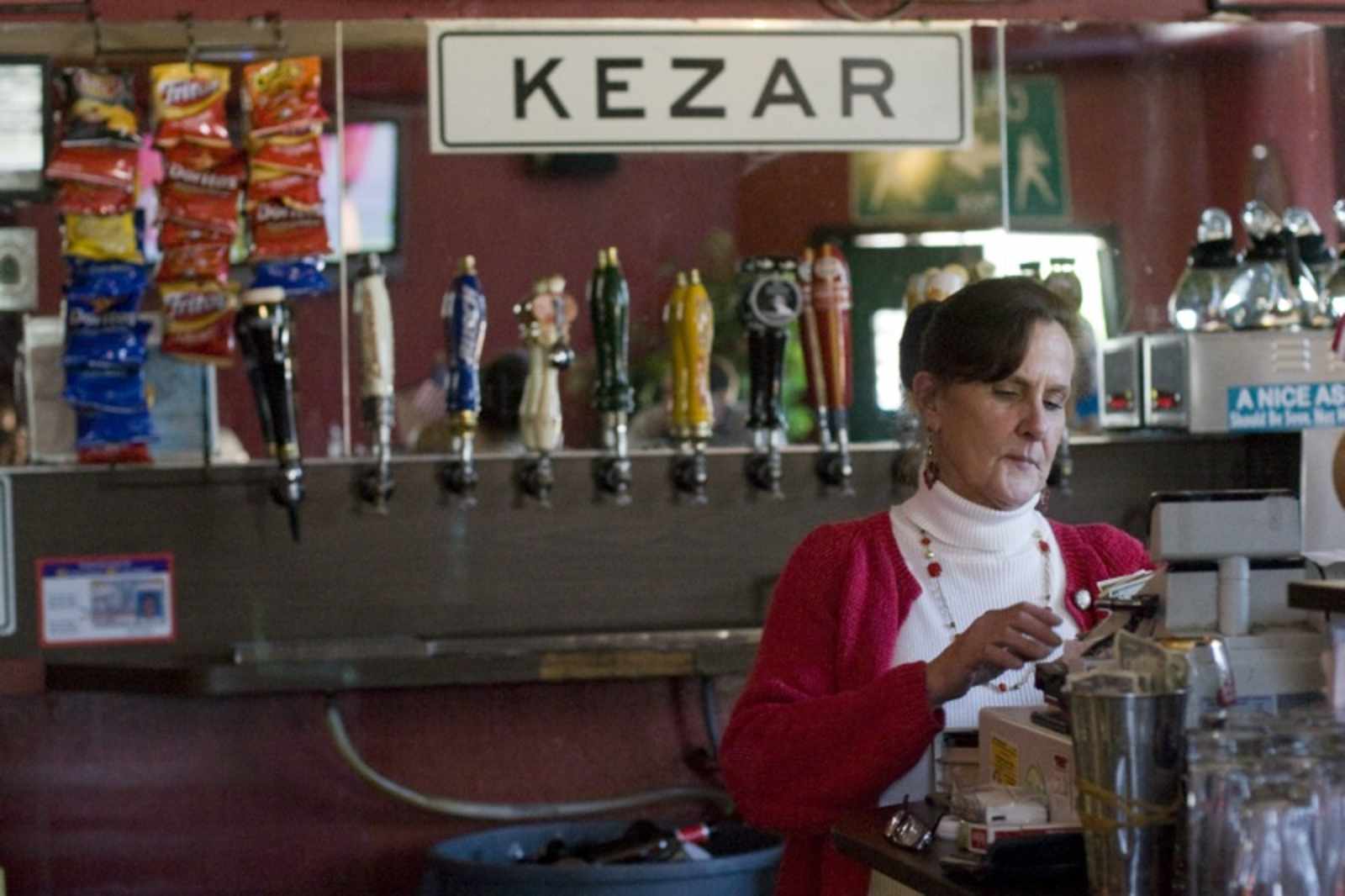 I came across two interesting bits yesterday.  First from Eater:

Then, from the SF Weekly article Eater points too:

Clooney’s Pub is a Valencia Street bar that, to be fair, is a little too nice to really be called a dive bar. SFoodie is big fans of Bouncer columnist Katy St. Clair and we know she would say that the pool table and most of the TVs are too functional, and half-a-dozen beers on tap is at least four too many, for it to really be a dive.

Too nice to really be called a dive bar?  Really?  There are dudes in Rascal Scooters getting drunk in there at 6am.  It still manages to smell like cigarettes despite the fact no one has smoked in the place in years.  The bathroom has no graffiti, yet the toilet is nasty enough that you’d never dare use it.  And the cheap beer on tap is Busch.

That’s not to say Clooney’s doesn’t have its strengths: it’s a bargain drunk, they have Star Trek fiction on loan, the pool table is almost always free, and I can drink there well into my 60s.  But it’s by no means a good bar.

Which begs the question, has San Francisco become so pretentious about not being pretentious that we kid ourselves into thinking Clooney’s is not a dive?  And most importantly, is there anywhere left in San Francisco that’s crappy enough to avoid rubbing elbows with self-described “foodies”?

I e-mailed the publishers of the Zagat guide because they accidentally left out a review of the free meatballs at Bender’s on Mondays.

Do yourself a favor and check out Summer Place Tavern on bush and mason. So divey that you can still smoke in the back and they had free turkey dinner the Wednesday before thanksgiving last year for their broke down family free regulars. That place is a dive. Also, only young Asian girls work there so you can imagine what class of regulars they get.

I don’t scare easily, but when I want to be on edge I go to Clooney’s. Also, I feel like the only thing that doesn’t fit my mold for a dive bar about this place is that they serve food you have to pay for. Free hotdogs and hamburgers = dive bar food.

O’keefe’s!….nothing like getting drunk on bottled beer (no taps) with IRA supporters while singing Merle Haggard tunes. I also frequent a place that serves beer out of a cooler, but will remain unnamed to prevent blogosphere takeover.

RIP The Wellcome. That was a true urban dive.

I haven’t been there in a few years, but there used to be a great divebar on 9th between Mission and Market. Changed ownership in the mid-aughties, though, so I dunno if it’s still as good as it used to be.

I haven’t been there in years but the Ha-Ra used to qualify.

The first time I went to Clooney’s a buddy and I wanted to shoot pool on a Sunday afternoon. We walk in the door, and the sixty-ish bartender immediately yells the following at us from across the bar:

The Brown Jug, Hyde and Eddy.

Cloony’s is a dive. It’s the only bar I’ve been in that allowed a drunk to remain passed out, head down on the bar. Most places will give you the bum’s rush for shit like that. Also the local talent in there is pretty funny. My poor friend could not shake her. She sat on his lap and cooed into his ear. She was one of those toothless wonders with dirty nails and an unsupported and sagging bosom. I have no doubt she would have turned a trick for the small sum of one shot of Jose Cuervo.

I live less than 200 feet from clooneys. It’s a dive bar.