Anthony Bourdain Slaps on Pair of Wayfarers, Blows Up Dolores Park and Toronado 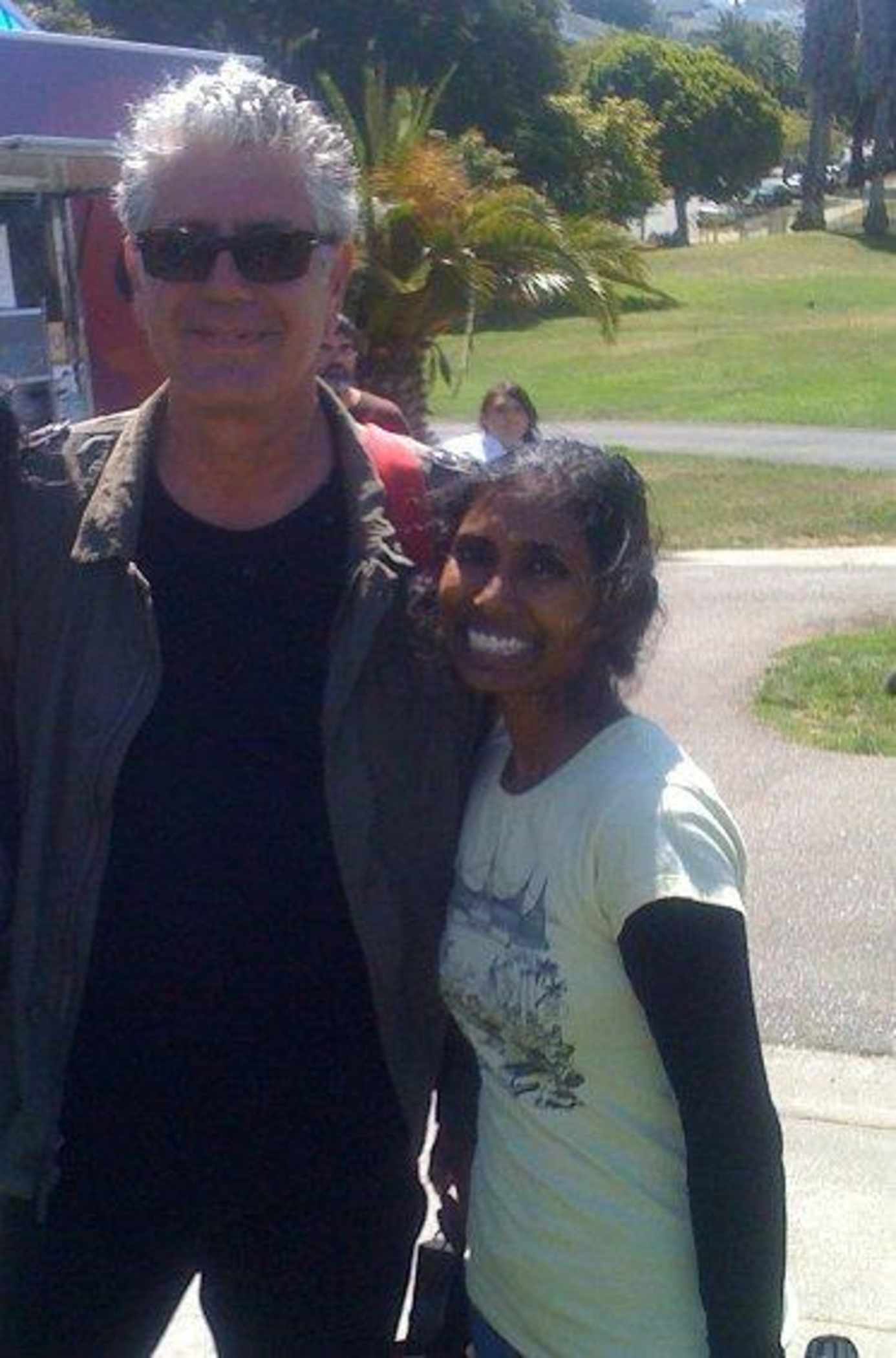 What does one say about a silver fox trying to be cool in Dolores Park?  That this signals the food cartification of Dolores Park?  That Azalina's Malaysian Crepes (pictured) will be the Hot Street Food Treat of 2011? That self-ascribed “foodies” will start saying “I was into food trucks in Dolores Park before they were cool”?  Is that even an acceptable joke anymore?

The reality is the food-centric TV host swung through Toronado, Rosamunde, Dolores Park, and Dolores Park Cafe yesterday—all four places leaders in their respective fields (slangin' beer, grilling sausages, public alcohol consumption, and being a bathroom) that probably don't need more international publicity to cement their status as San Francisco institutions.  But this is a man famous for slamming rails and burning weed in walk-in refrigerators, so maybe, just maybe, these iconic drug havens will get their proper journalist due.

I just saw him walking up california street at mason with the film crew.

The thing is, Tony has some kind of mental block going on about San Francisco. When he did the SF episode of No Reservations, everything he did was lame, lame, lame. He even went to Oakland for a taco wagon! So you have to figure that any new show he does about San Francisco will appear during Shark (Jumping) Week.

By the way, I’m not a Bourdain hater; I’m a cook and I love the guy. But the Los Angeles and San Francisco episodes of No Reservations were mostly bullshit, and it was clearly down to some problem Tony has with California.

I was starting to fall out of love with Anthony Bourdain (that Christmas episode of No Reservations? HIDEOUS!). But then I found myself totally excited about this post…nicely done, detectives.

I thought he hated SF too until I recently discovered this blog post he wrote after the No Reservations SF episode aired in 2009.

He’d just left Swan’s Oyster Depot when we ate there yesterday. Good thing, because I was hungry and needed some oysters pronto. Cameras would have gotten in the way.