Dr. Teeth and The Electric Mayhem Opens on Mission 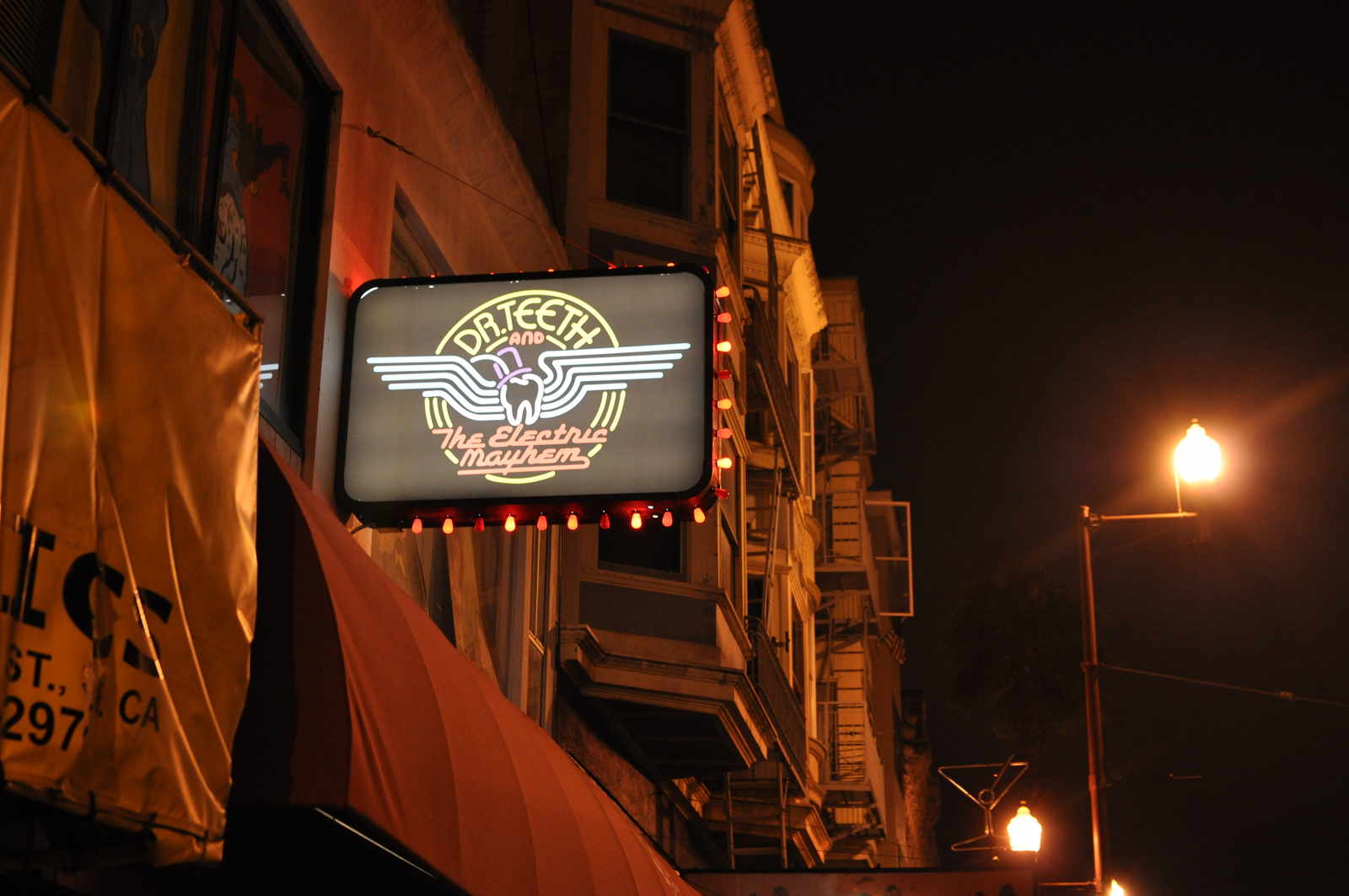 This spot opened the other night in the former Bissap Baobab space on Mission and 19th.  The grill is not yet opened, the video games aren't hooked up, and they got their supply of beer only yesterday (three bucks for a red-white-and-blue Bud), but it seems like it's an alright spot for those interested in loud electric music over the usual metal tracks played at nearby Bender's.

The place is owned by the proprietors of Russian Hill's Bullitt and Tonic bars, so that alone pretty much will tells you what to expect.  The interior is pretty minimal with almost nothing on the walls, big tables, small black pleather stumps to sit on, and no Muppet memorabilia anywhere. However, the bartender who happened to look like Animal (and dismissed the idea of an “opening,” saying they got their license so they just started pouring drinks to whomever walked in the door) indicated there is still a bunch of work to do on the place.

UPDATE: I forgot to mention they will have Jameson on tap “soon.”

Will it have Fernet on tap as with Bullit? Or annoying drunk girls as with Tonic? (okay I guess that second part applies to most bars).

How many days before they get slapped with a lawsuit over the name?

Time to bro down in the Mish!

I’m not sure that it’s the bar’s fault that the Marina overflow crowd goes into Bullitt/Tonic - isn’t it just the location’s fault of being pretty close to the Marina? I also don’t think that a group of people would go to a specific bar just because it’s managed by some group. They’ll probably get more people in just because of the clever name. I would imagine, therefore, that Mayhem will be a safe place to be seen or checked in or whatever is hip these days.

Boabob is cool, Marco just didn’t want to operate three spaces- so he consolidated. As for Jameson on tap… I’ll take a human’s pour over a machine dispensed serving every time.

I had my heart set on “Dr. Neptune’s Delicious Elixirs”.

I REALLY wanted to like this place, but just another Medjool crowdspace. Very disappointing. Particularly since there was zero decor referencing the bar’s killer name. If you’re going to use a name like that, you MUST have some homage somewhere. Oh well. Back to the Uptown.