What Do San Franciscans Want for Christmas? 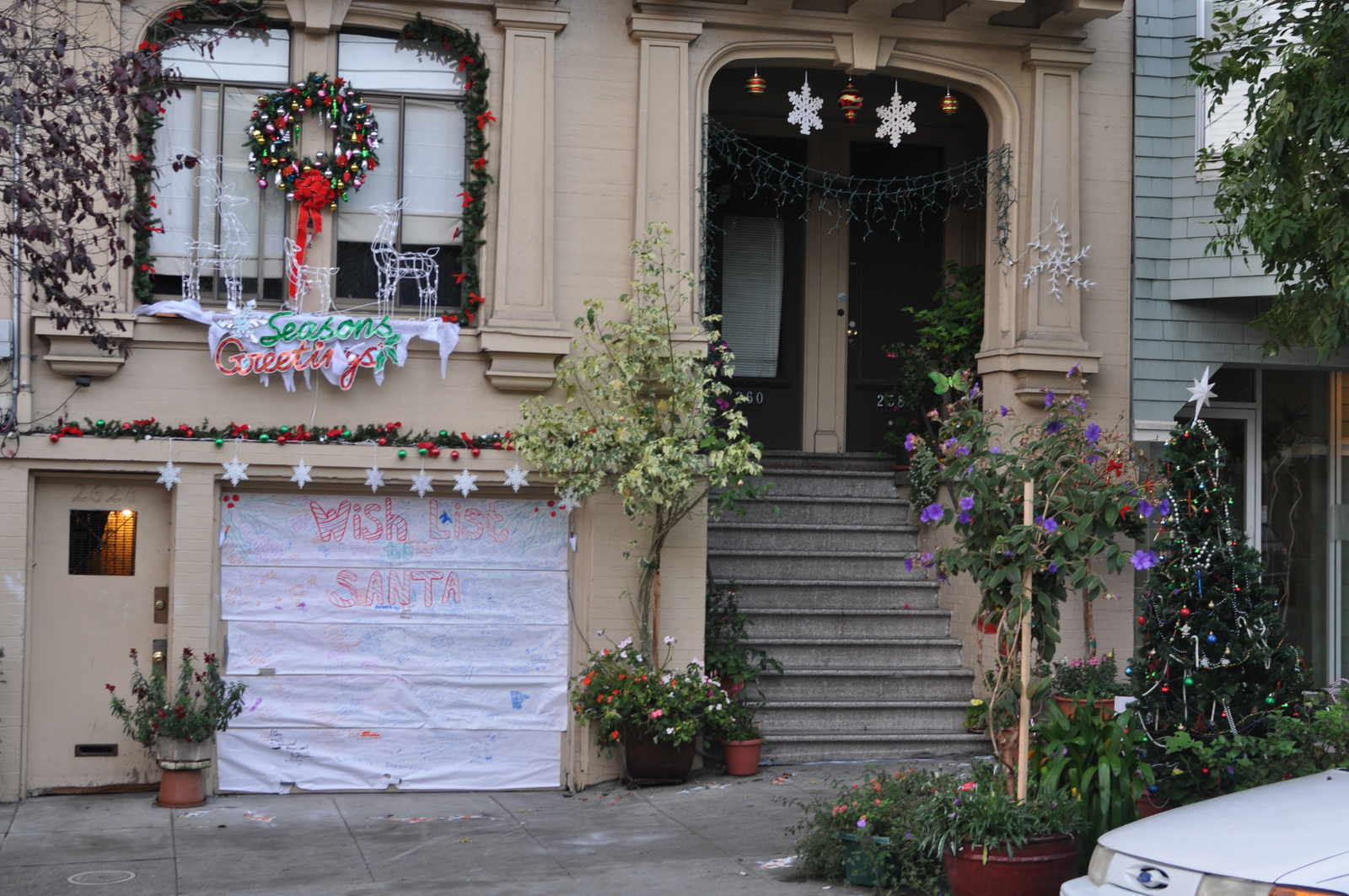 On Sanchez at 16th sits a household that is REALLY INTO CHRISTMAS.  Lots of decorations, a Christmas tree that people can leave ornaments on, and a garage door covered in paper for passersby to leave their wish list to Santa on.  So, what do San Franciscans want for Christmas?  Let's take a look: 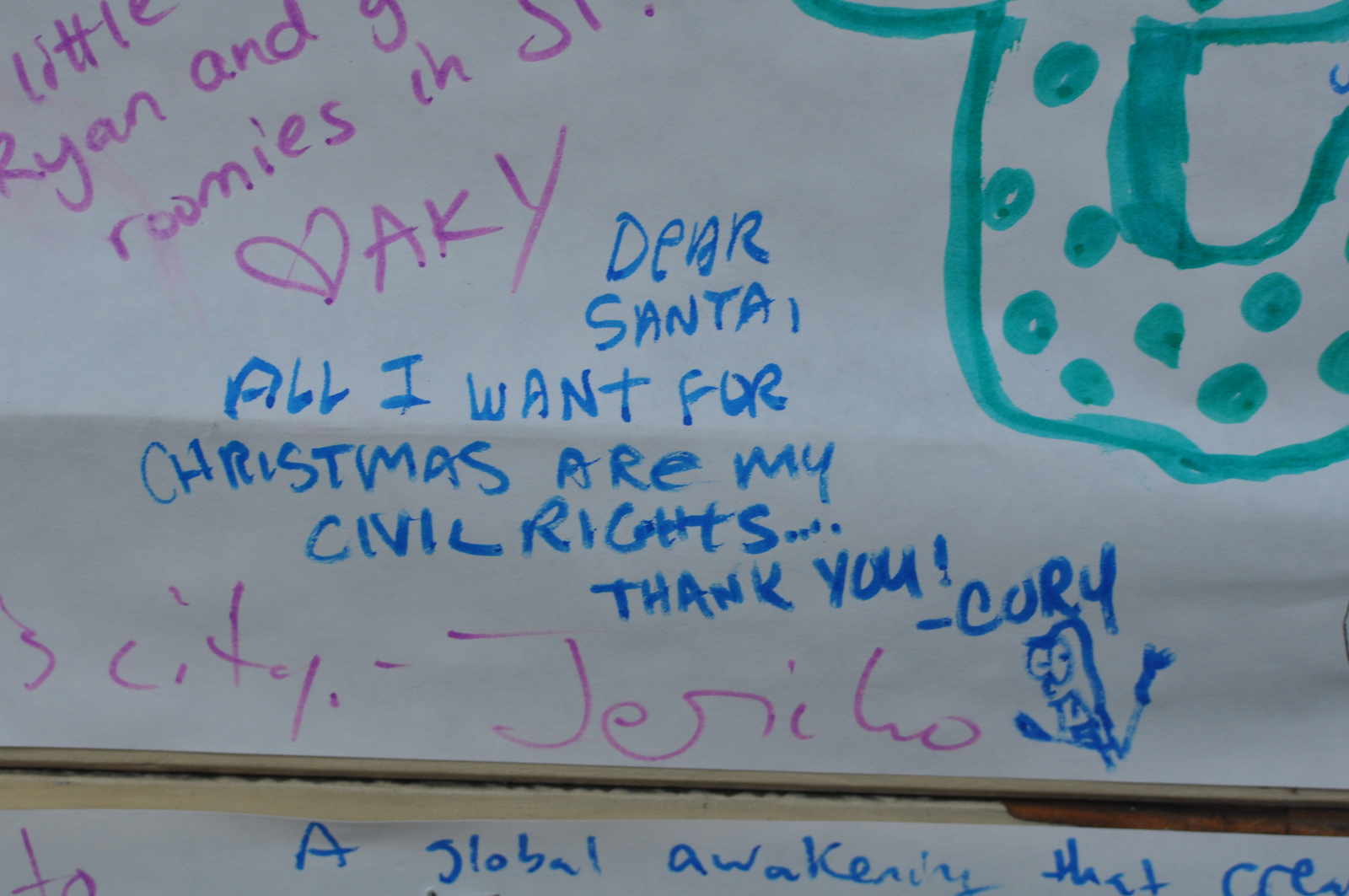 A common theme was to ask Santa for political change, societal change, and peace and love and lolcats.  It is clear that SF has lost all faith in the political process and has been forced to turn to a deity for hope.  Our God wears red, eats cookies, and gets around in a sleigh not powered by fossil fuels.  Wish lists are the new form of prayer.  Lefty O'Doul's is our megachurch.  Folsom Street Fair is our Easter Mass. 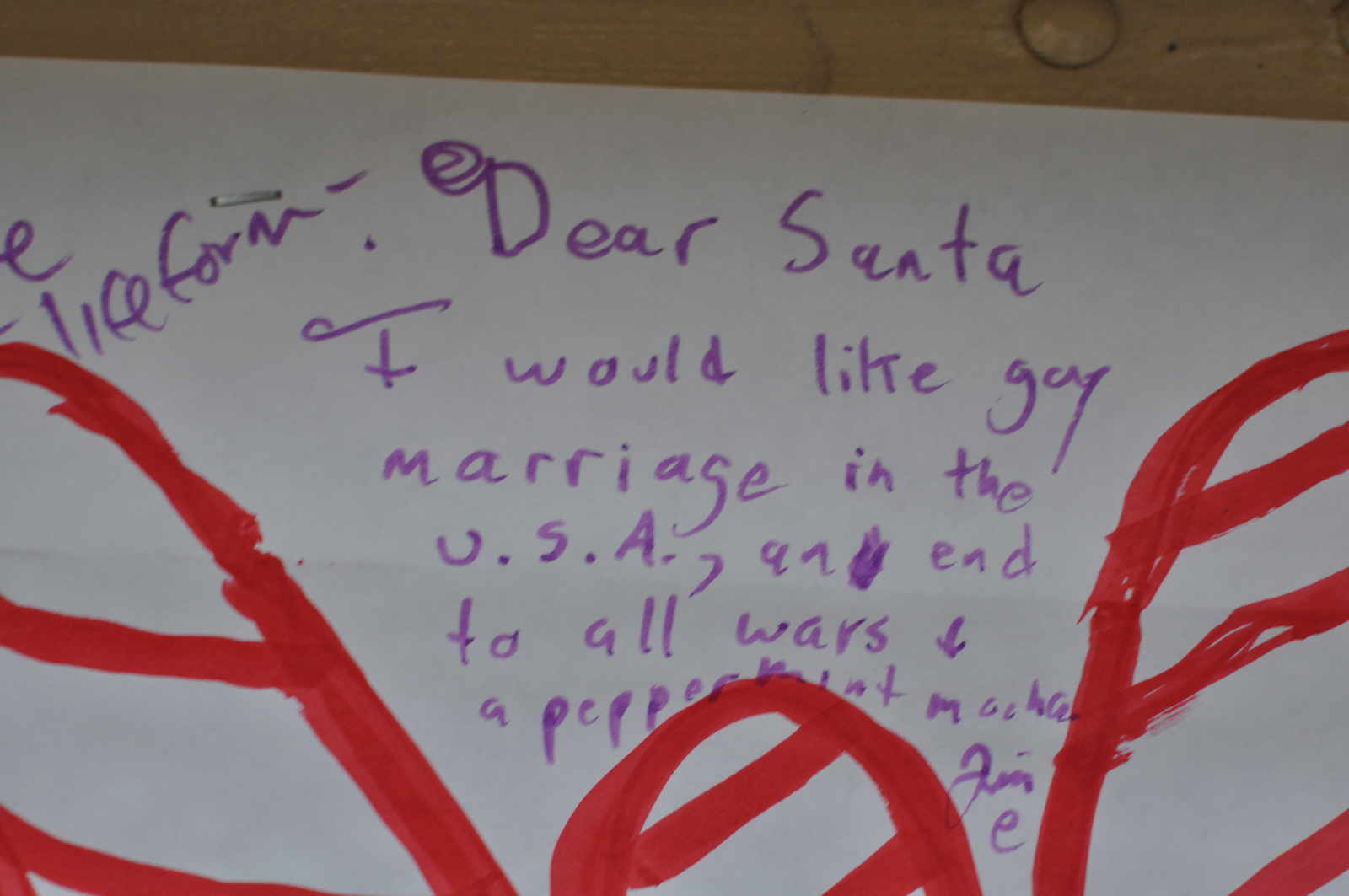 As previously mentioned, San Franciscans cannot get enough of asking for things that are not gifts, but things that I remember the bougie girl from the 'burbs asking for while stuck waiting in line to ask for a copy of DOOM, a new Redline BMX bike, and to not get in trouble next time I burned an ant hill with a can of WD-40.

Anyway, Jim E. desires some credit for incorporating idealism with something tangible.

Here we see that people want Santa to buy them a subscription to Match.com and bus fare to the SFPCA.  Also, a revolution. 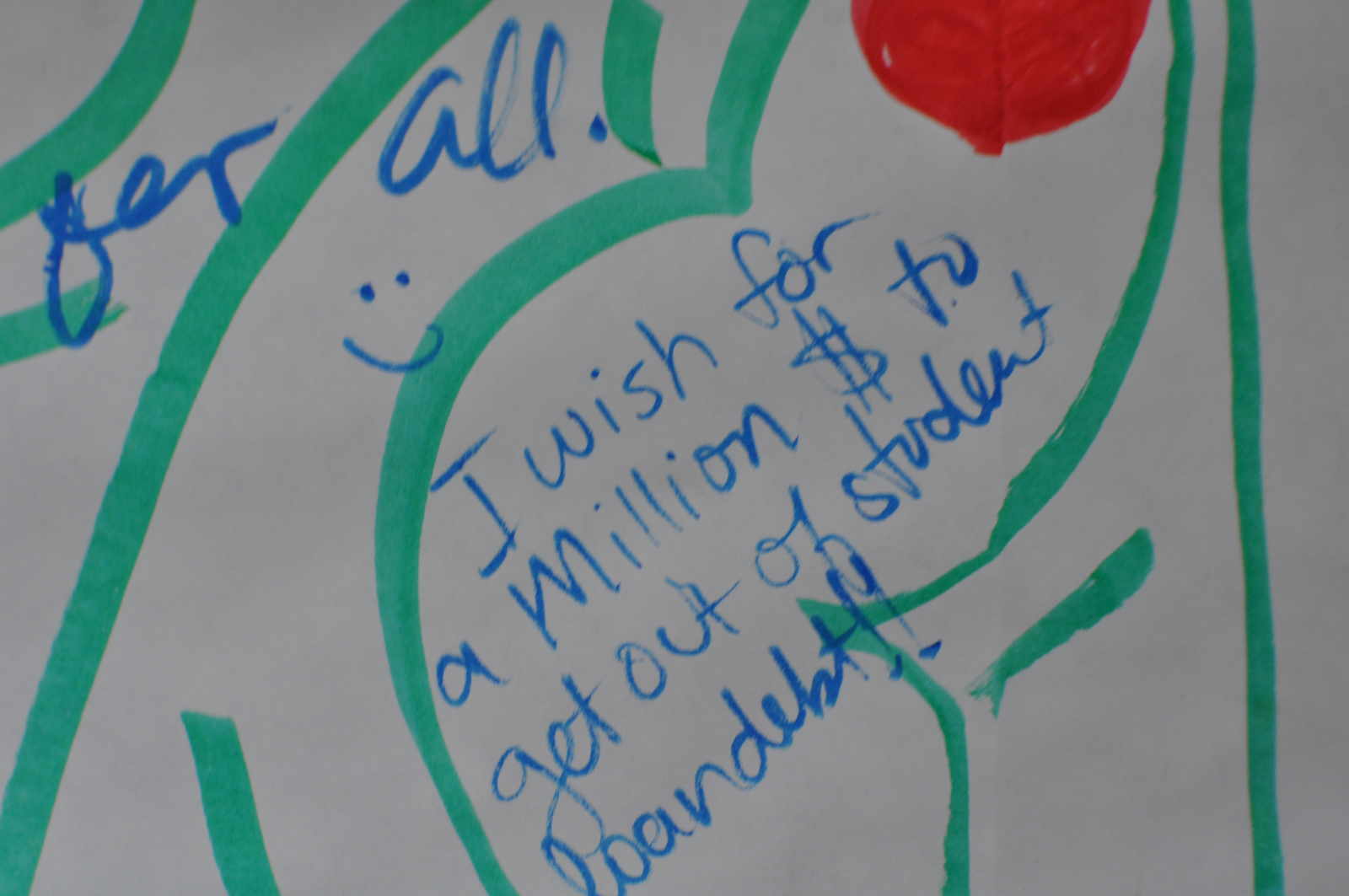 Don't confuse this one.  We're not a greedy people, we just went to college where we studied philosophy, minored in computer science, spent our time taking mescaline, having sex in the President's garden, and playing Maria Kart.  Instead of moving to New Hampshire after graduation, were there are no taxes and rent is a nickel, we moved to San Francisco, where rent is our salary, the sales tax borders on 10%, and fashionable tshirts cost $29.95.

Only our jolly red God can help us now. 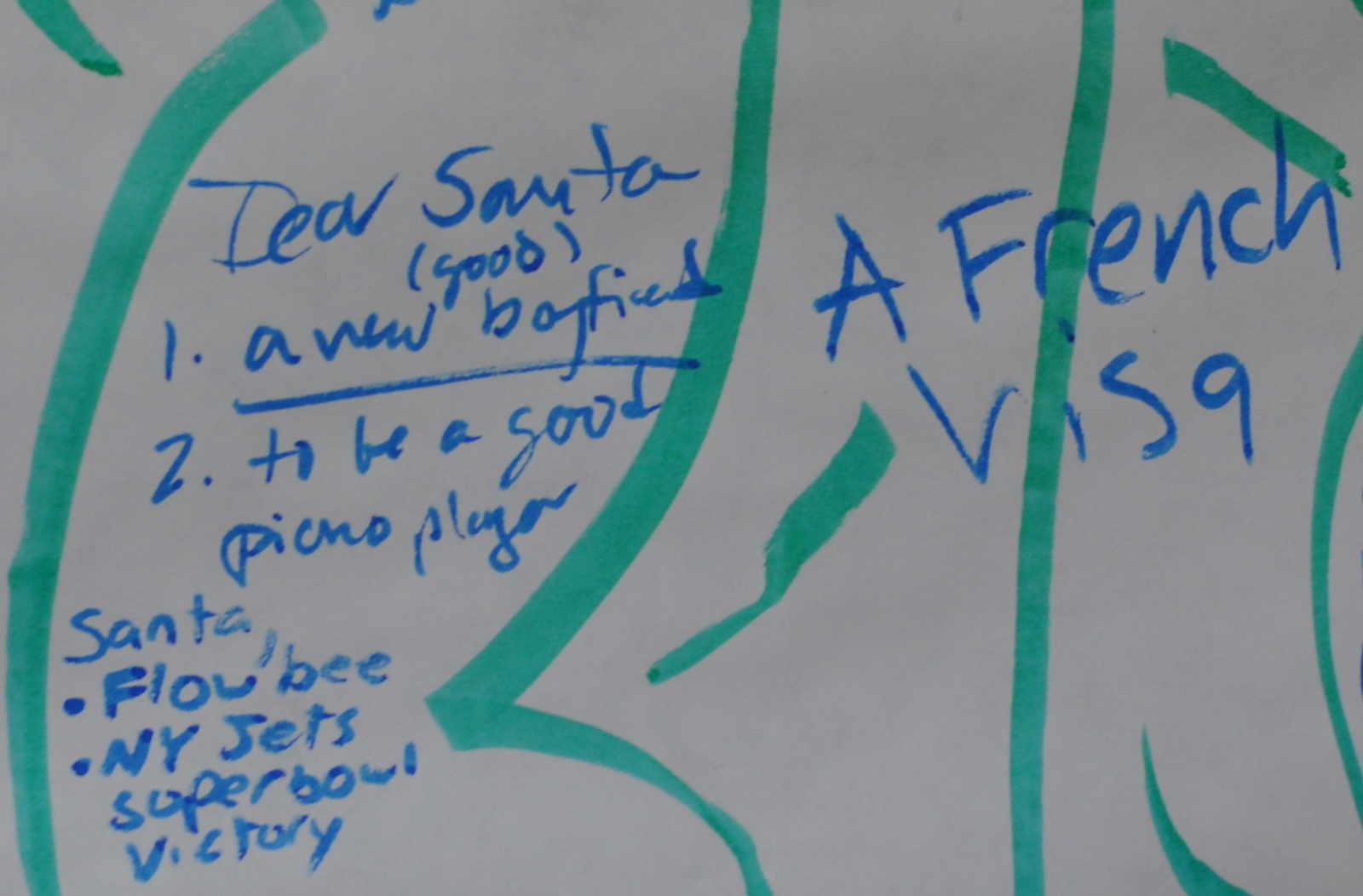 This set of wish lists tells you a lot about San Francisco: 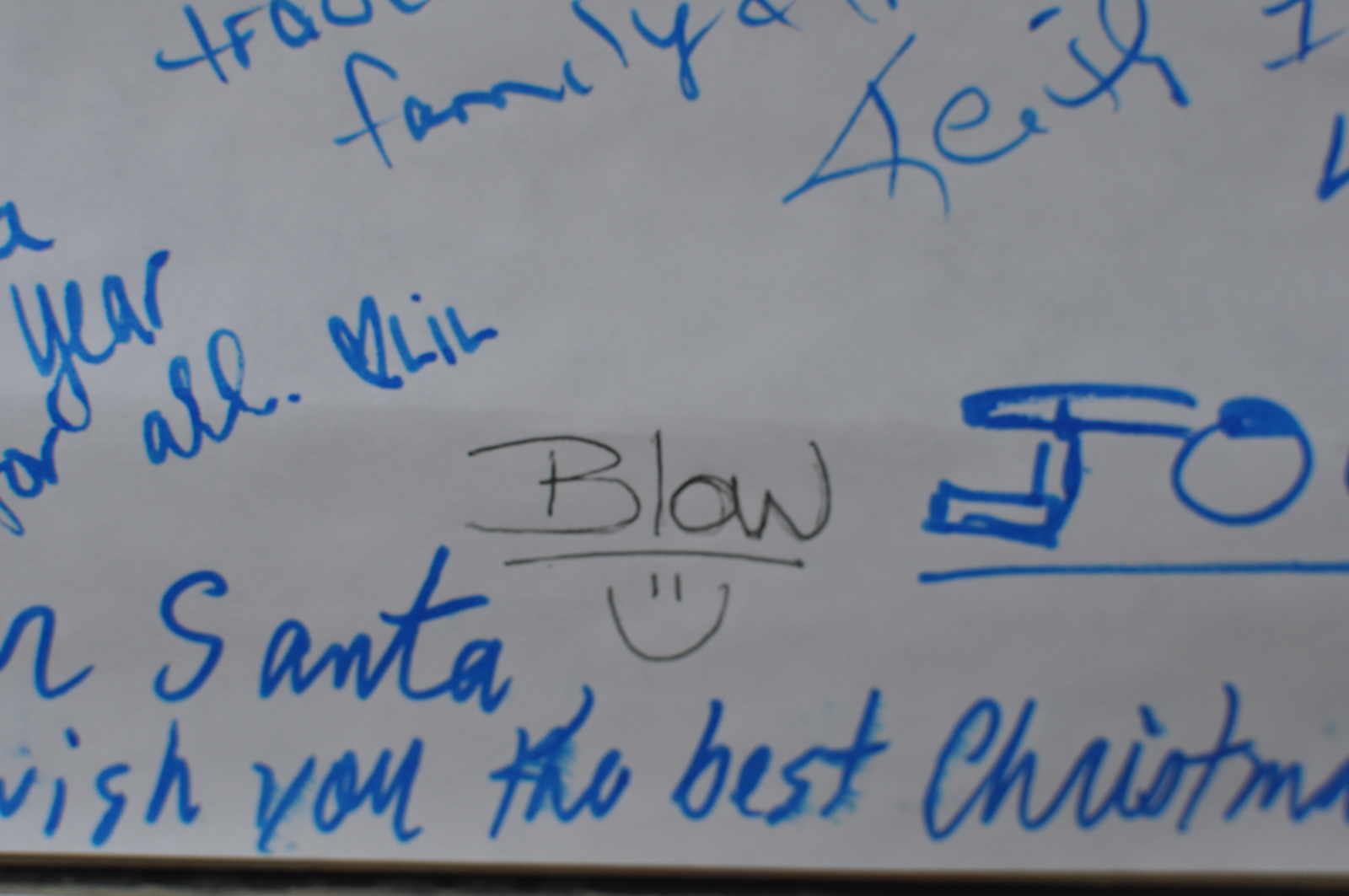 Well, it does snow a lot in the North Pole (sorry). 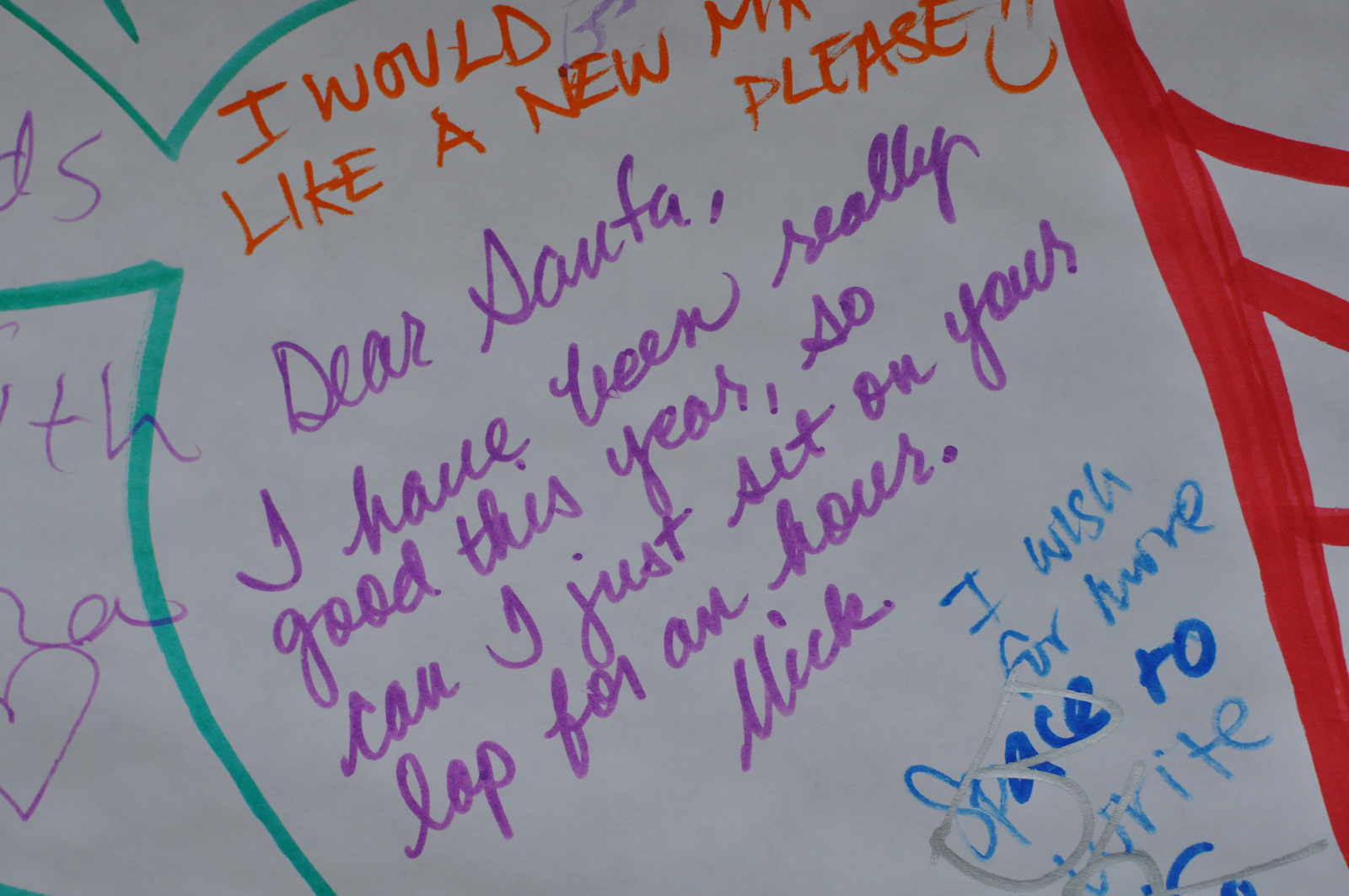 If there is something this city wants most, it's probably sex with Christian figures in costumes. 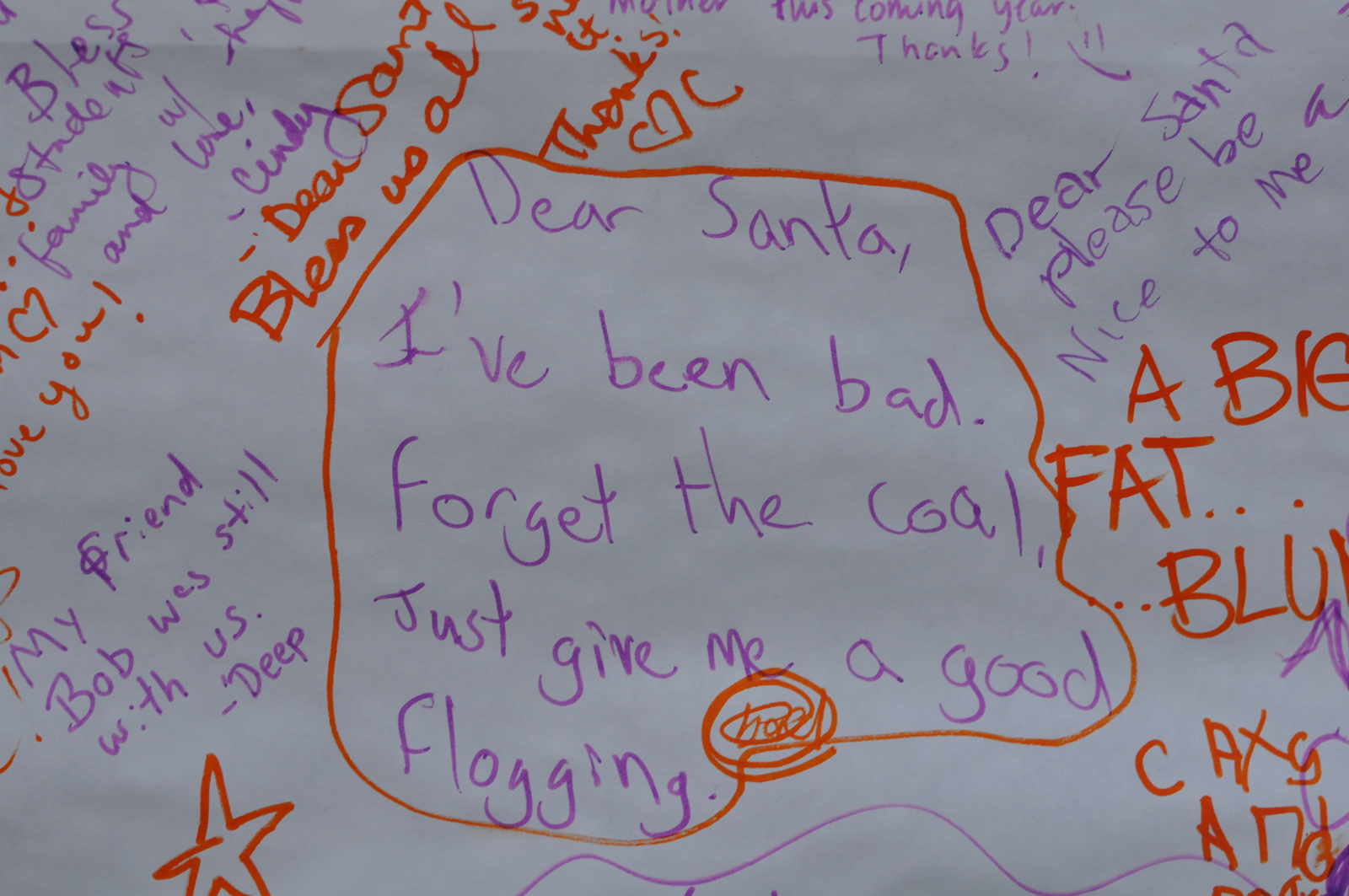 Also of note, what is cut off on the right is “A BIG FAT…. ….BLUNT!”  I think the entrepreneurs out there can see a growing demand for a drug and cookie-based economy. 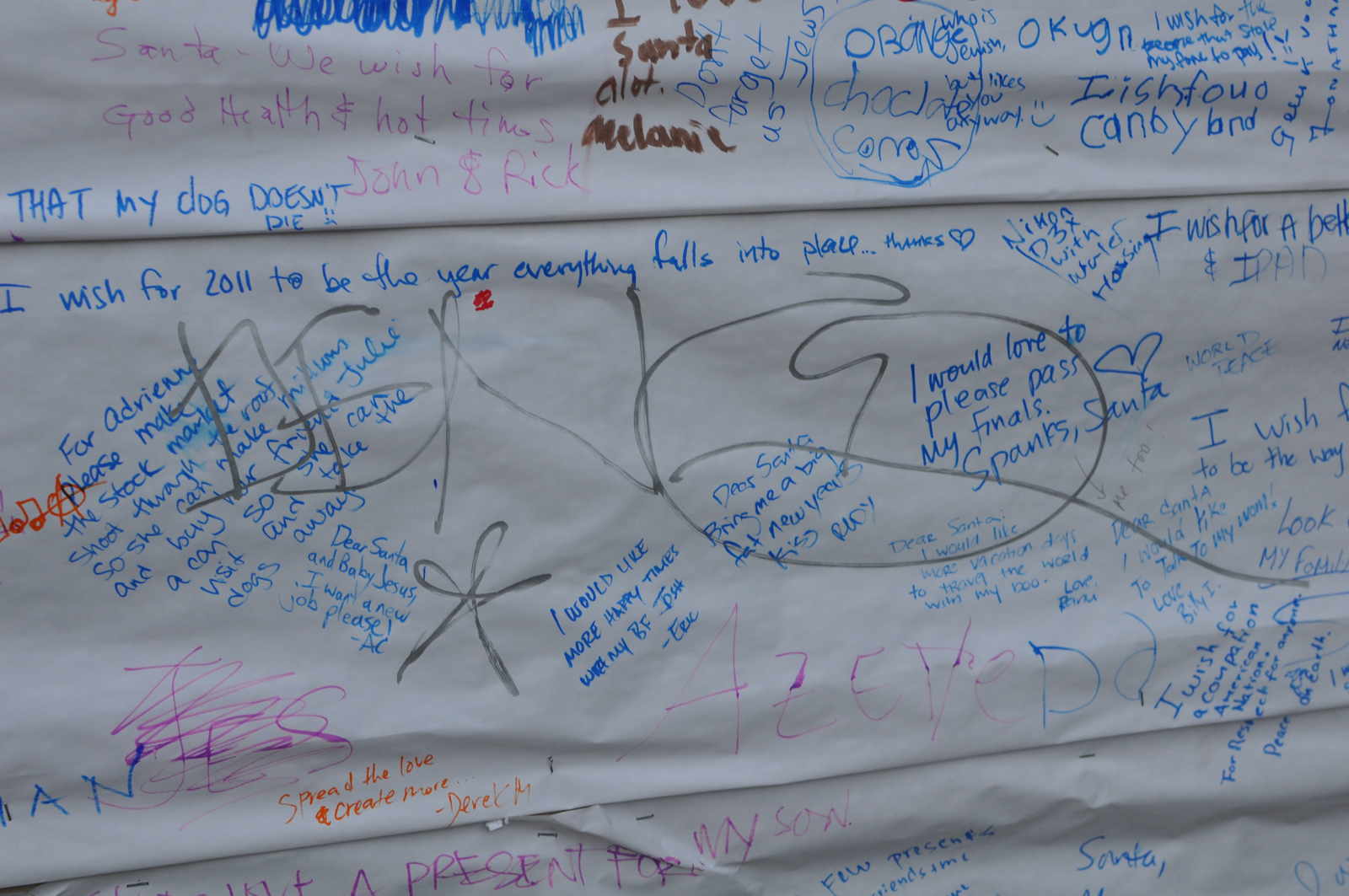 Finally, it wouldn't be a garage door in San Francisco without someone tagging over it.

Want to read the entire wall?  Full-size here.  Warning: it's a huge file.

I want everybody to have accessible health care, education and a chance to pursue happiness without paying an arm and a leg.

Not even gonna mention the Flowbee? Just gonna gloss right over it? It’s a vacuum that cuts your hair. What more could you want for Christmas?

This guy really has the spirit of giving even to his own fellow man… Thanks for putting me in the holiday spirit, his house is decorated for almost every holiday and he has a lovely garden out front that takes you away from the asphalt jungle for a short stroll as you pass his house. We need more homes and people like the ones at this house in SF. Michael

I am reading this in the middle of May and i want to run over to Sanchez and see that there are still a few real San Francisco-ers left in the city. I did not see one (i am sure it was carefully chosen but still) preaching religion, or politics or super greed. Mostly hella funny shit! If not funny, really touching and honest. I am already getting in the holiday spirit. I know this is the earliest i have ever said that in a year! ;)