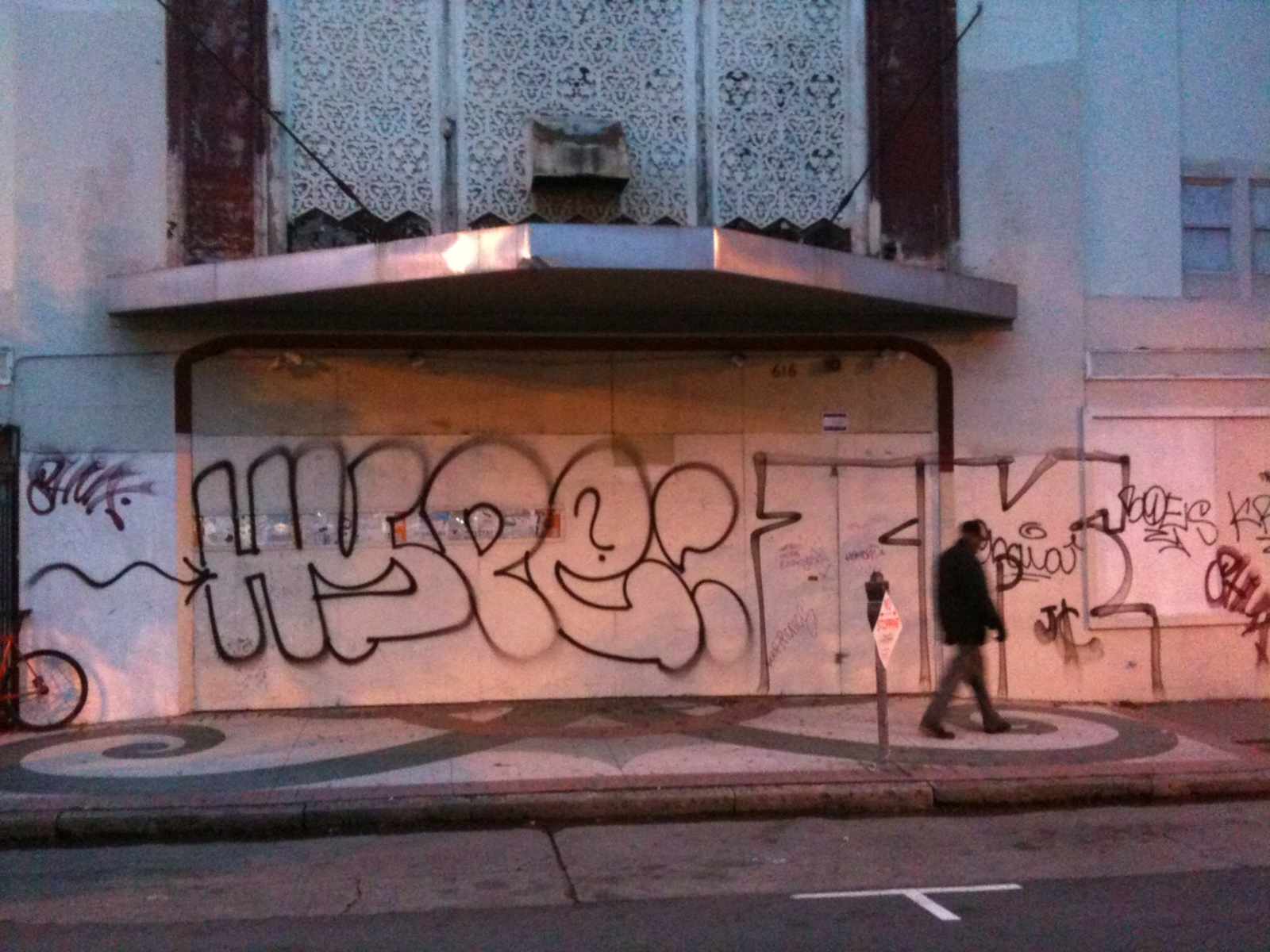 Over the Christmas break, MAJOR DRAMA went down surrounding Harding Theater's “Lazer Cat” mural.  In short, SFist found the mural “vandalized” with two rad-looking bull heads painted over the mememural.  The internet promptly shit itself, only to discover that the Lazer Cat mural was intended to be a temporary mural, the first in series of pieces with a month of shelf life.  Out of embarrassment, Gallery Heist, who put together the mural project, took down the mural's canvas and left the abandoned Divisadero theater painted white.

Two days later, the wall is well on its way to being completely tagged over.  Adam Infanticide has a sticker declaring “I [sic] BEAUTIFYING MY COMMUNITY.”   Another from the local favorite gibberish tagger “Beer Picnics” reads, “Vampires Using Extacy”  But most prominently is the giant HYPE! tag, which pretty much summarizes the entire ordeal.  Even if the mural wasn't painted over intentionally, its demise was almost certain due to its subject matter and hype.  After all, you cannot paint a mural like that, in San Francisco, without consciously thinking about how the mural will be played up on Laughing Squid, I Can Haz Cheezeburger and other glorified Tumblrs.  At which point, it becomes difficult to tell if the mural is art, or merely someone looking for their 15 minutes of fame.  Certainly some found it to be art (I skeptically fell on this side), but without a doubt others assumed it was the latter.

I'm only surprised the mural made it as long as it did.

Warhol just wanted 15 minutes, and I’m pretty sure we’d all agree that he was an artist.

“…if the mural is art, or merely someone looking for their 15 minutes of fame…”

That’s one and the same. Even with “artist” and critic’s darling Banksy, etc.

I’ve created a post on my blog to further shed light upon this sad series of events.