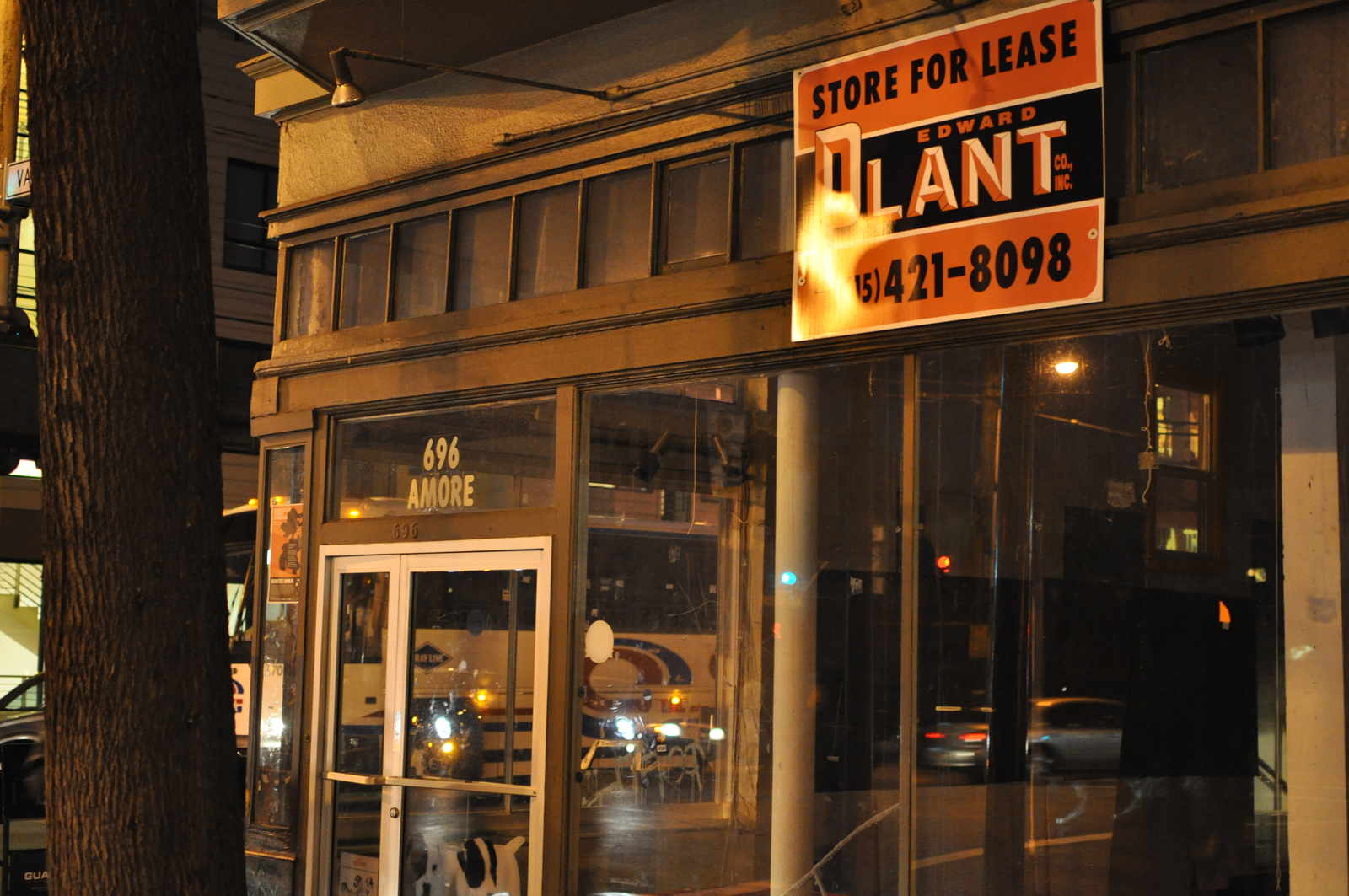 I'm sure I'm not the only one who has noticed a recent uptick in businesses leaving the stretch of Valencia from 16th to 18th.  Just this fall we've seen five shops hit the road:

And this is all on top of Levi's Workshop and Weston Wear closing over the summer (and Abandoned Planet before that).

Some people who think they own the neighborhood will call this gentrification, but make no mistake—this is anything but gentrification. The metaphoric battle for Valencia was lost long ago, even if people fight tooth and nail for token victories.  What this trend does do is speak volumes of the character transition that the Little Street That Could is undertaking.

See, Valencia has always struck me as fairly representative of (modern) San Francisco.  An overpriced tapas restaurants (soon to be an overpriced Italian restaurant) sitting across from taquerias.  A local furniture store near a posh fries place.  Galleries next to realtors and community centers.  A chain Thai restaurant on the same block as a liquor-free music venue and a publisher.  Cheap books, cheap Ethiopian, and cheap sandwiches a stone throw away from Range and a car mechanic.  And let's not forget all the street art, bike lanes, bike shops, schools, and appliance/supply shops

Now, I understand some locals recall the street in the '80s as being “dumpy” with “only a handful of places to listen to punk music and grab food,” so this change is nothing new.  But the recent bloodbath says a lot.  Hell, we're trading one of the best, non-pretentious ice cream places around so we can have stores that sell artisan bread and cheese.  Little Otsu is on its way out and Lost Weekend Video may soon be following.  Meanwhile, as MrEricSir notes, “Slanted Door” is moving back in: 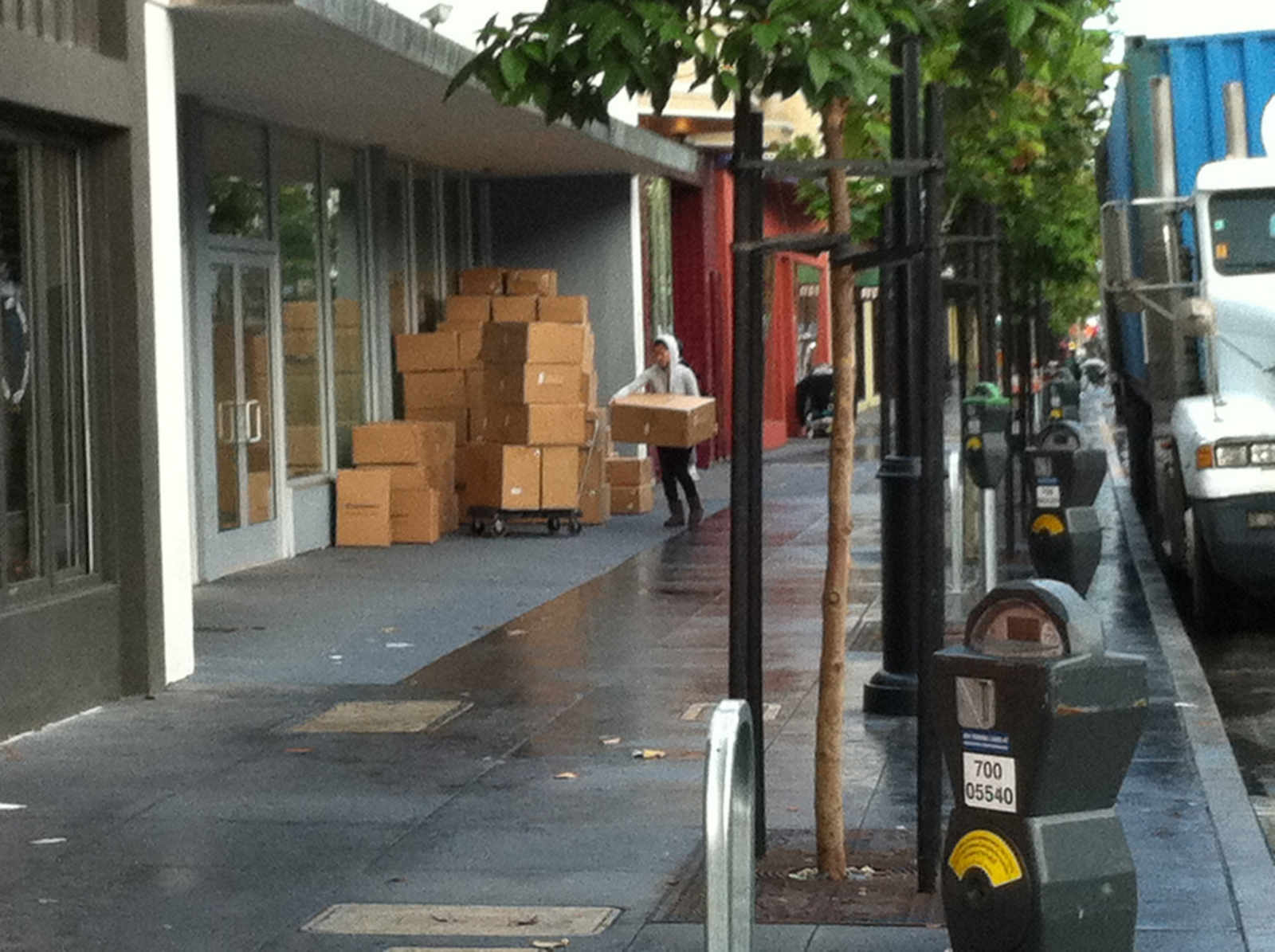 All this doesn't make me angry.  I don't even think I've earned the right to be angry.  Plus, I love Tartine as much as the next person, Delano's cheese selection isn't much to be desired, and this is a town were change (progress?) is inevitable.  If the invisible hand doesn't reshape Valencia, surely an earthquake or a fire will.  That said, I still reserve the right to mourn the loss of Birthday Cake flavored ice cream and being able to gawk at British imported cars on lifts.  After all, if we lose all the shops and spaces that makes the neighborhood interesting and replace them with more unaffordable food, who's going to really want to hang out here?

I still feel Valencia could use a few more clothing ‘boutiques’ selling flannel shirts for $28 a piece.

If you aren’t buying things on Valencia, then yea, the stores are going to close…..nobody makes any money from people “just hanging out”…..

Its still only a block away from Mission, so explore a little more. Valencia can’t be Clement, because Mission is never Geary.

Except for food and booze, it seems like I never see anyone buying anything on Valencia.