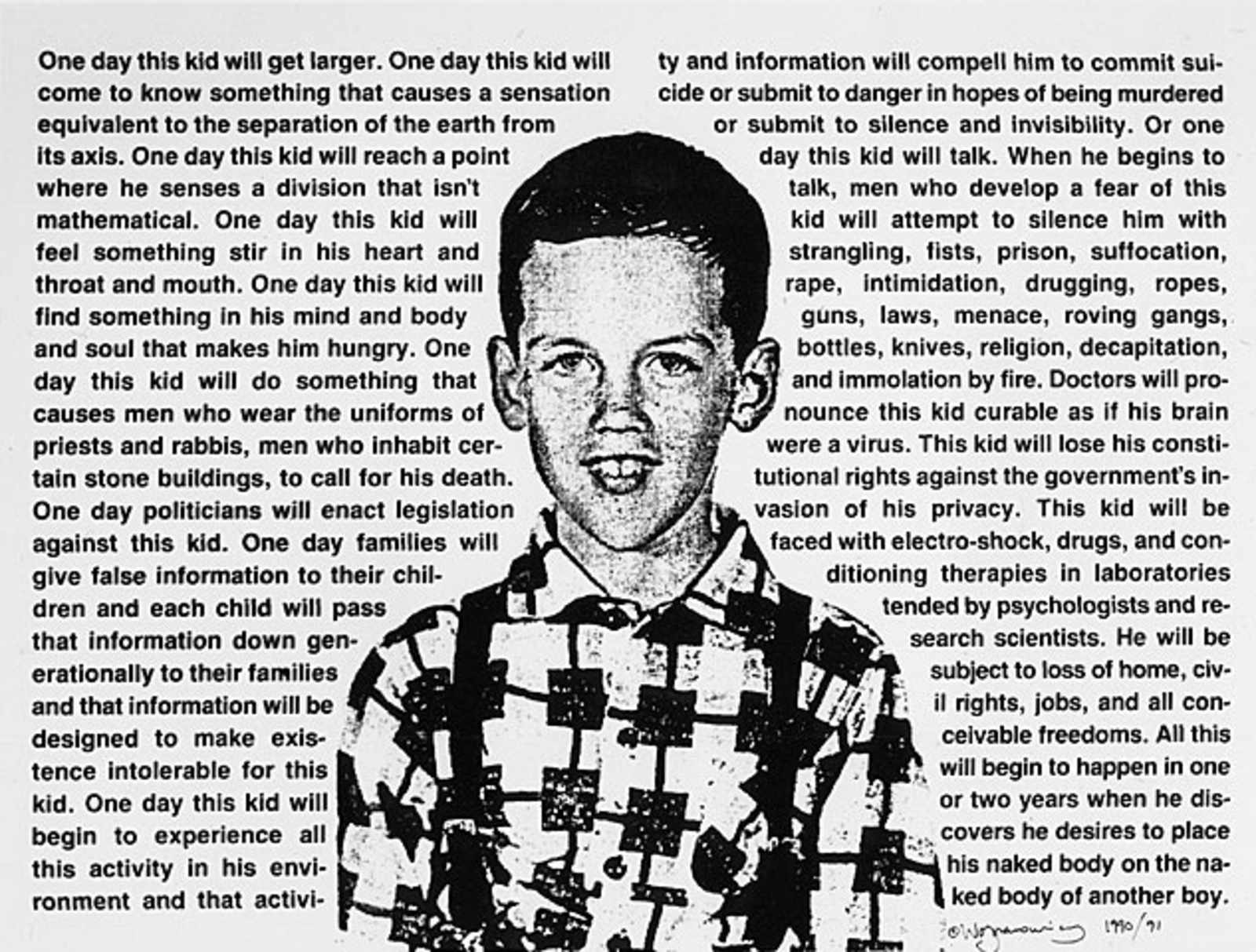 Before you read any of this, stop. Read the text surrounding the little boy in the image above. Great, thanks.

On October 28th, Tyler Green of Modern Art Notes wrote that the artist David Wojnarowicz seems important right now. Green authored this post about Wojnarowicz, the New York artist who gained notoriety in the East Village art scene of the 1980s, in wake of hearing about the rise of anti-gay bullying and the gay teenage suicide epidemic sweeping our nation. Wojnarowicz's work was created 20 years ago, but as we have seen so recently, his words are still very relevant. I'm also pretty sure that any person growing up LGBT or questioning can attest, anti-gay bullying is nothing new to the community. But finally, there's some major action going on to spread the word that It Get's Better.

In his post Green called for the Museums that have Wojnarowicz's Untitled (One Day This Kid…) in their permanent collection to place the piece on display immediately in order to engage the public with this honest depiction of growing up gay in America. Apparently, none of the five museums Green listed have placed this work on view yet. However, the amazing people at P.P.O.W. Gallery who represent Wojnarowicz's estate are doing their part to use the power of art to effect change in our communities. The above piece Untitled (One Day This Kid…) is now available for download through this site. As Wojnarowicz's said in his book Close to the Knives: A Memoir of Disintegration, “bottom line, if people don't say what they believe, those ideas and feelings get lost. If they are lost often enough, those ideas and feelings never return.” So read it, print it, post it, share it. Because sharing is caring, and in this case it might just help save some lives.

Powerful stuff. Thanks for this; will be widely shared.