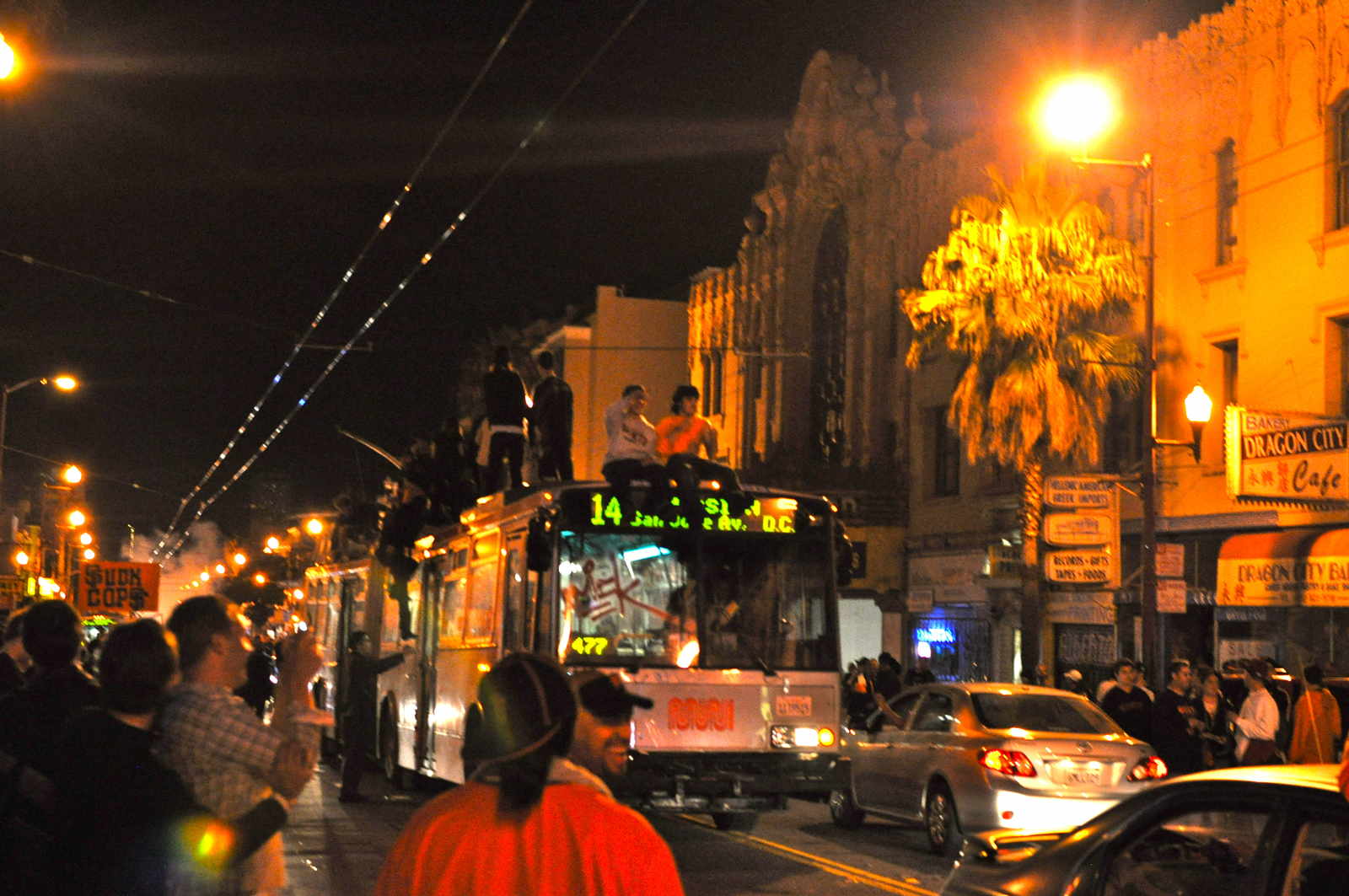 Presumably high off the thrill of climbing atop of a firetruck on 22nd, people decided to storm the roof of a 14 Mission.  Within minutes, a soberish bystander climbed up the bus and individually talked everyone down since, you know, being blitzed on top of an electric bus is a pretty good way to get yourself killed. 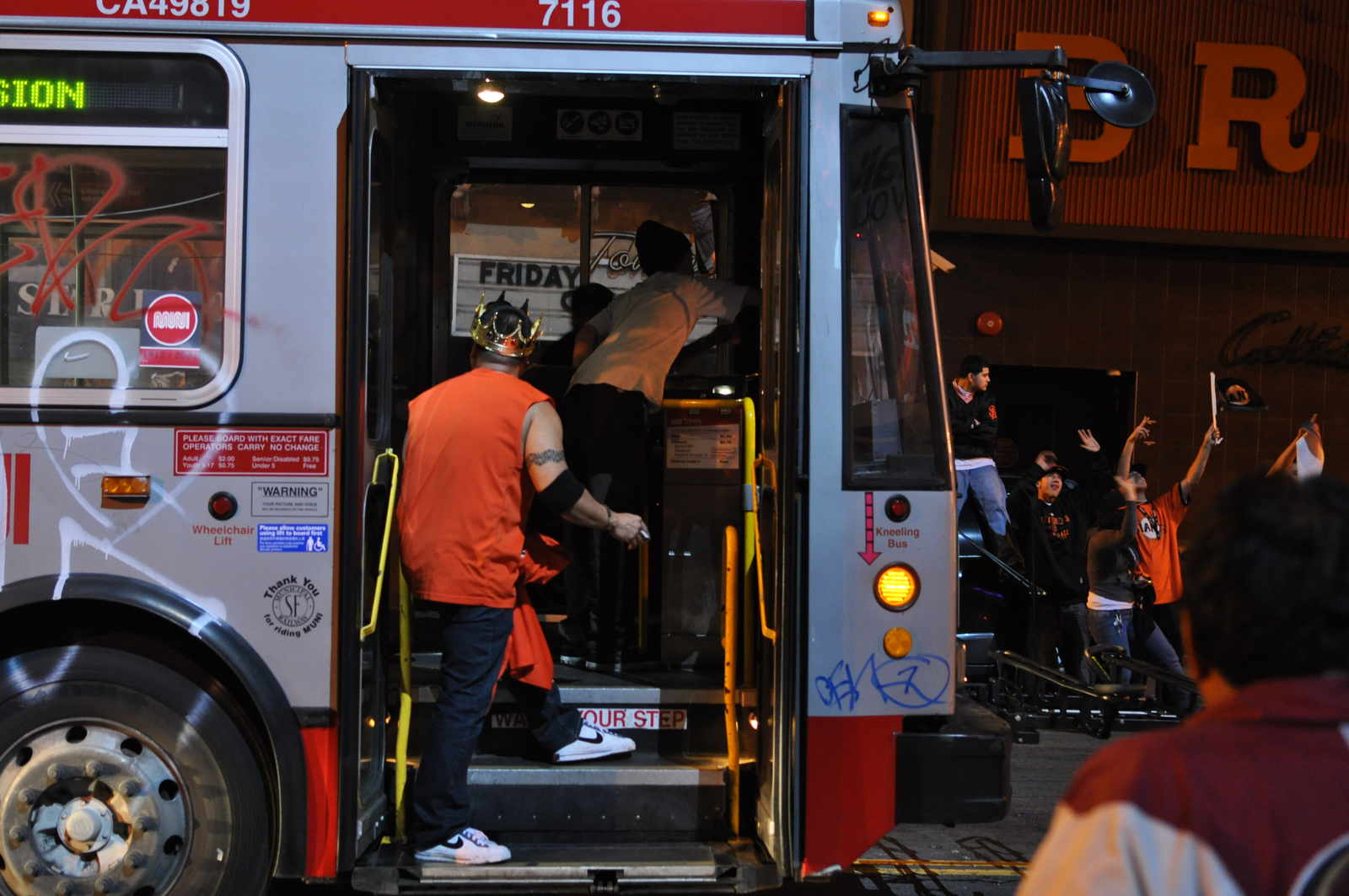 After being talked off the roof, I figured people would move onto more noble pursuits like throwing 40ozs at police, but instead people just pried open the bus doors to take it over.  The driver threw up her hands and walked to the sidewalk as the guys stormed the bus.  With the driver off the side, Nikola Tesla sitting up front tried to start the engine.  Again, not very smart considering the entire reason the bus got stuck here in the first place was the power was cut. 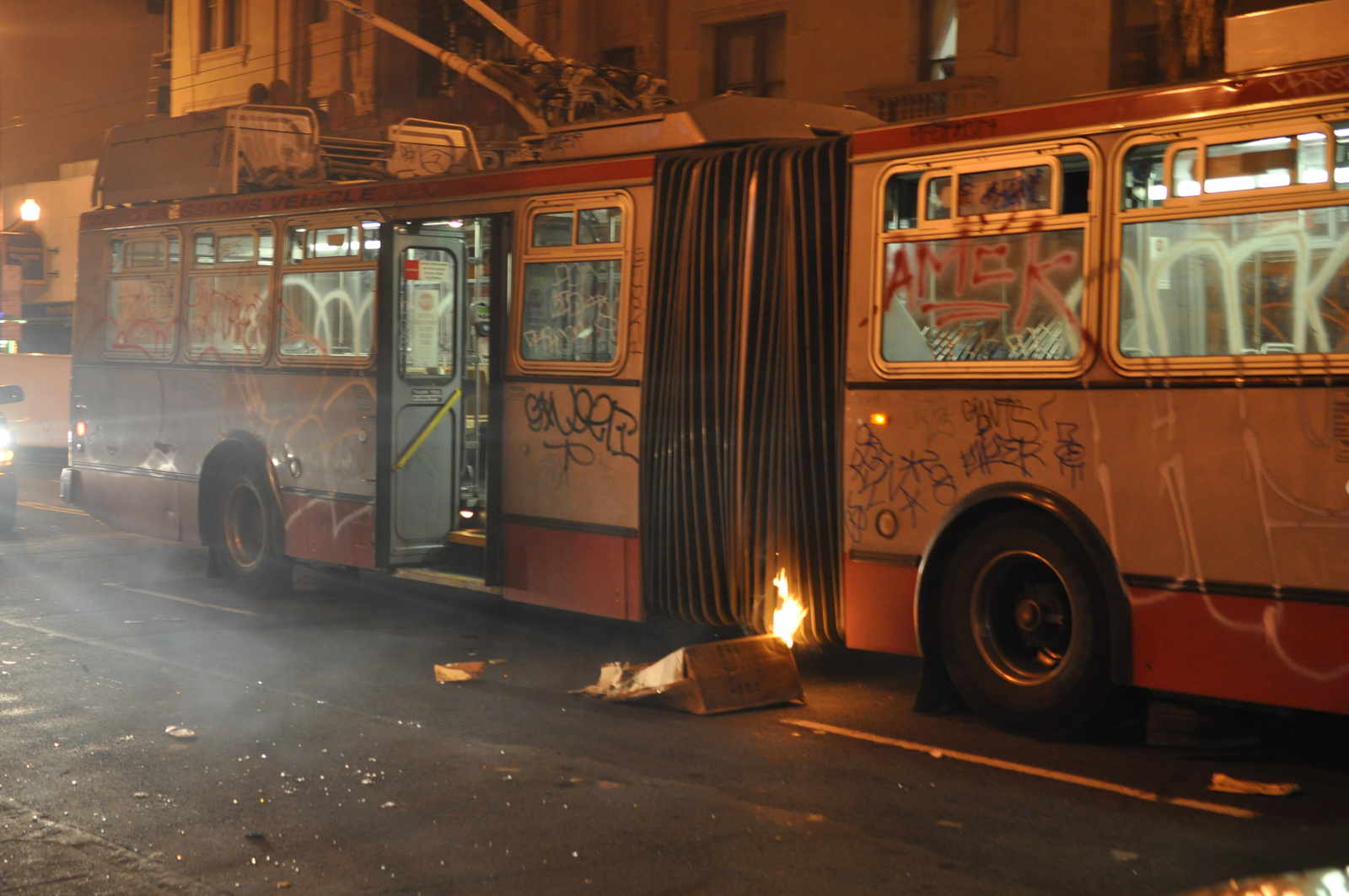 After a few minutes of people faux-fulfilling their dreams of being a bus driver, they realized the bus wasn't going anywhere.  Still without any measurable success in a fight against an inanimate object, some guys were just like “fuck it, let's burn it!”  So a couple of guys lit the box on fire and tossed it under the middle of the bus.  Of course, that didn't work out so hot either, and after a few squabbles with bystanders not interested in burning the bus, the fire department showed up and pretty much put an end to the fight against a 14 Mission. 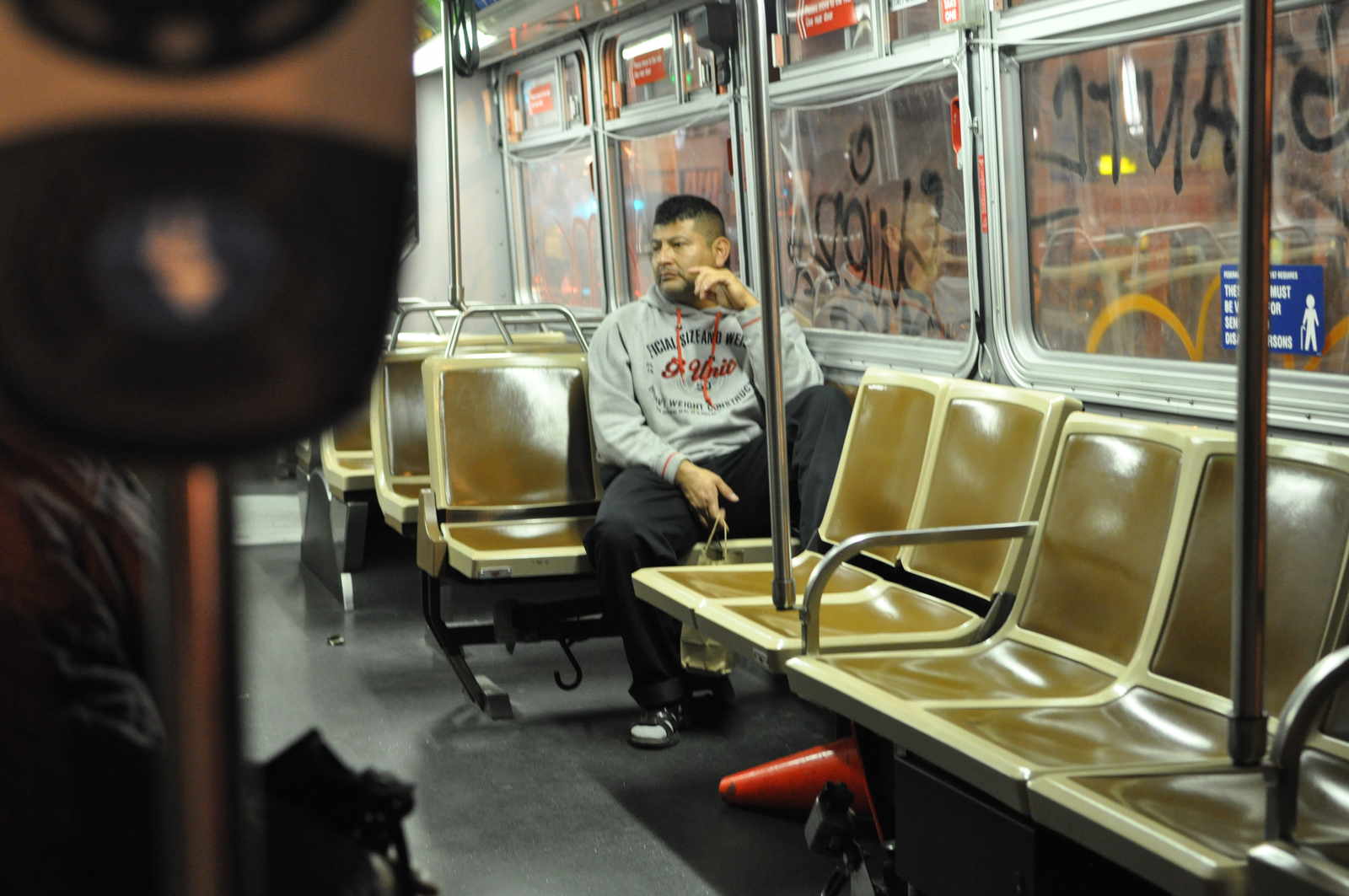 And with the police advancing, I walked down the street where another bus sat abandoned by its driver.  Inside the bus, two men sat waiting patiently to get a ride home, completely unamused by the happenings outside their window.  What a difference a block makes.

I hope someone texted in the 4-digit bus number when they saw graffiti in progress.