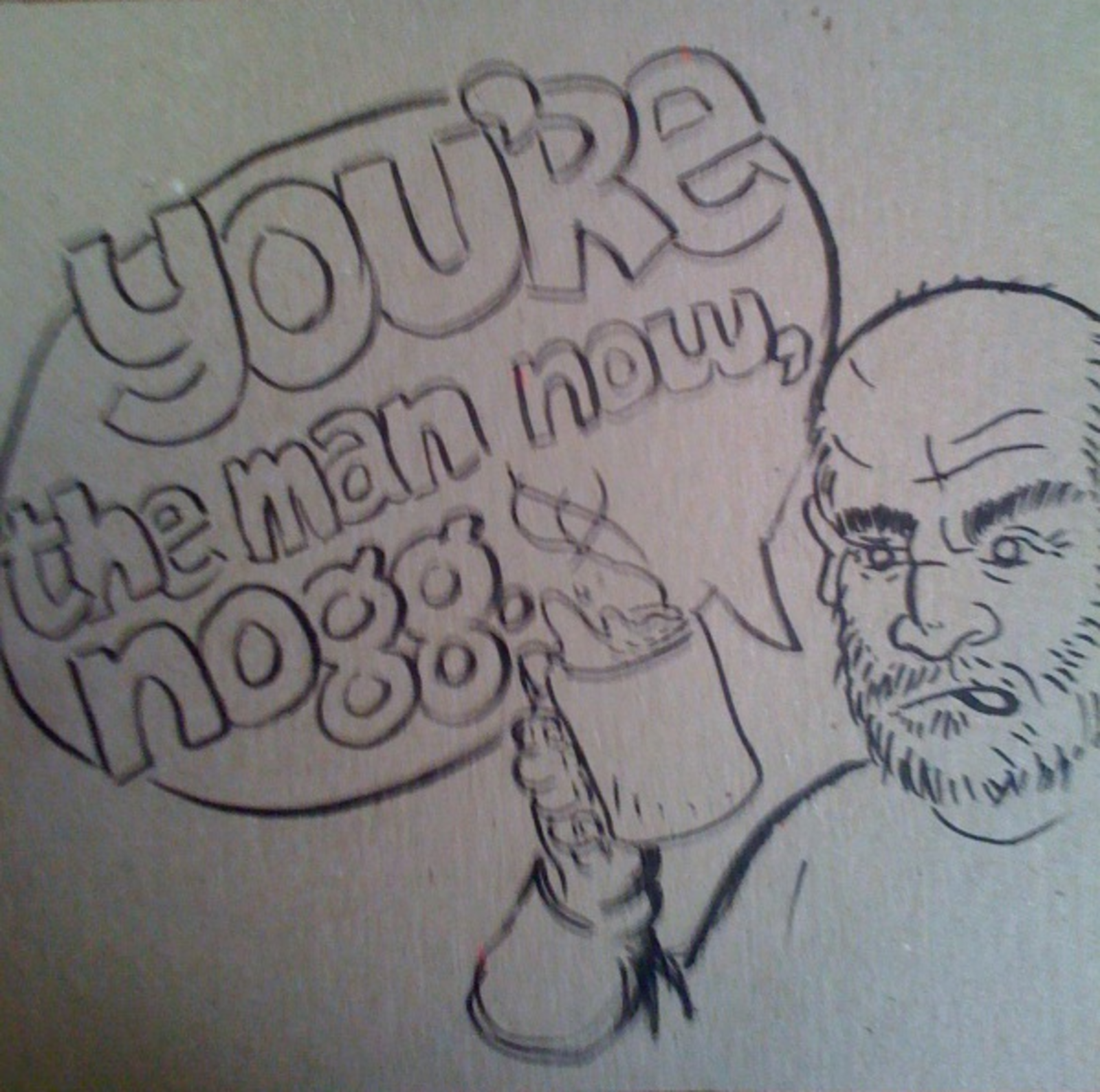 My first Fall in San Francisco, I was introduced to a drinking contest fit only for masochists and the insensible.  No, I'm not talking about Whiskey Wednesday, I'm talking about a marathon soy nog drinking contest.  The rules were simple: as soon as soy nog, the vegan version egg nog, was made commercially available, each person had to drink as much as possible before Christmas day.  The winner of the contest was awarded the respect of his peers and the cost of a wider pair of jeans.

I was young and naive then.  A lad of 23 years of age, believing I could conquer the world.  The forefather of this competition was a maniacal vegan who went by the name of John, who was rumored to have once consumed over 900 popsicles in a Summer on a bet.  Surely I of no eating contest experience could take him down.

As competition began in November 2007, I quickly established a pace of one liter of nog a day.  After all, nog washes down a PB&J quite well.  But it wasn't enough.  Neil and Matt were easily polishing off 2 liters a day.  In an attempt to catch up, I guzzled 4 liters in one evening.  Later, the judges ruled that nog that was later retched up could not be counted towards one's total.

Shopping patterns were studied.  Competitors would go to Rainbow 30 minutes ahead of their opponents to clear the shelves.  Soon it was learned that Whole Foods carried a nog containing 60 calories less per liter than that of Rainbow's.  So we went there instead, clearing out the shelves.

Taunting photos of nog stockpiles were emailed around.  Pictures of one's Tetrapack body count were common.

Meals were completely replaced by nog.  Milk and cereal became nog and cereal.  Later, just nog.  Friday night beers became nog and rum.  Or “Nog Russians.”  For the desperate, “vodka nogs.”  Now! Dasher, now! Dancer, now! Prancer and Vixen, on! Comet, on! Cupid, on! Donder and Blitzen!  Get thy to a liquor store!

I ended up losing the competition by a mere 2 liters to Neil, but at least I bested John “900 Popsicles” C.'s record.

Ahem.  Sorry, what was the point of this?  Oh yeah, Fabric8 is hosting a “Nog-In” on Dec. 18th, in which they will crown who in the city makes the best nog.  While it should be a good time, you should beware; that shit can get out of hand fast.

(More info on the Nog-In at SFoodie / You're the man now, Nogg. photo by Laura Beck) 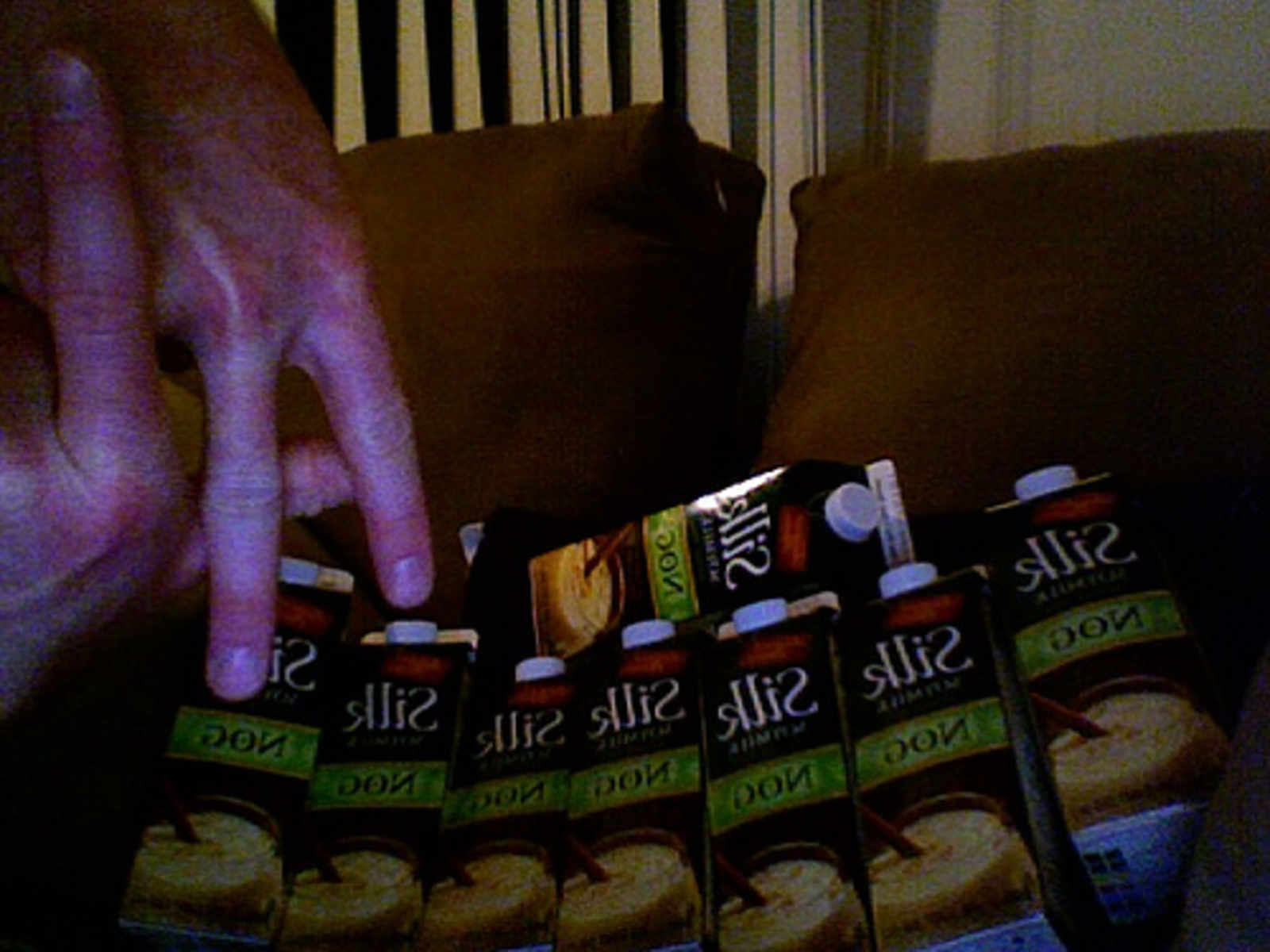 I hope you don’t get disqualified, because I retched all over my keyboard and ball gag as I read this post. (I work at Peets..all day mother fuckers ask for Soy Nog, I had no idea it was a real thang..glad you dropped the knowledge on my azz.)

It’s not as bad as it sounds – don’t knock it ‘till you tried it!

Gah. Pretty sure you couldn’t pay me enough to drink that stuff. Blech.

also not to nit-pick but i believe they are quarts not liters.

Seems like egg nog is the one beverage that splits people more than any other. You either love it or hate it, and there’s not much in between.

I’m drinking a soy nog white russian as I type. I would drink egg nog if I could drink milk, but I can’t so screw me. I mean “it”. The drink’s starting to kick in.

Another such challenge, most don’t make it: