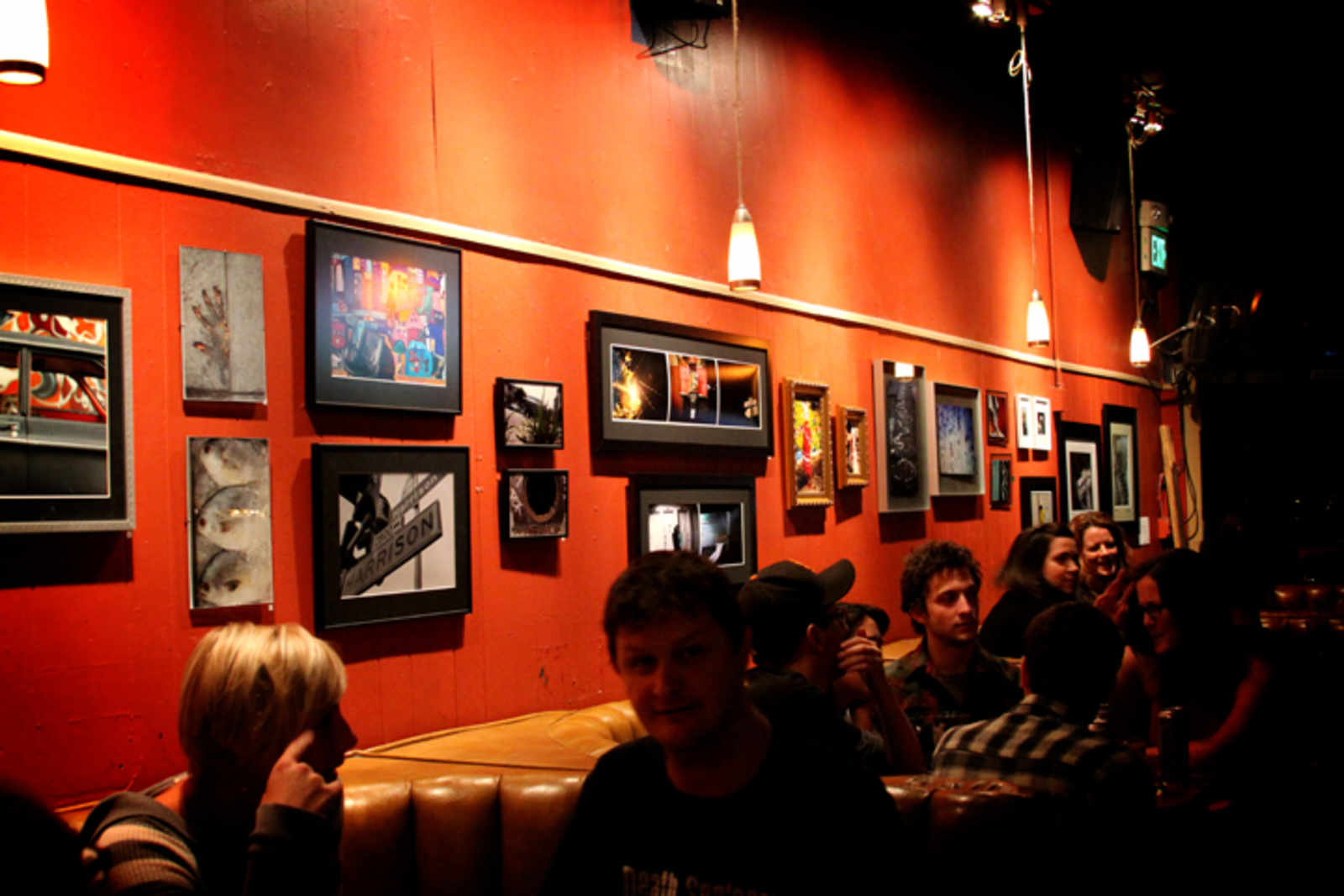 I Know Alyssa Jones, a blog that features more vulgarity and references to genitalia than Serg or I could ever muster, luckily was able to cover the opening of 200 Yards:

Since some people were confused about why the show was called ’200 Yards’, let me ‘splain it to ya.

Lightbox [the show promoter] chooses a center point, somewhere in the city, and you are only allowed to shoot within 200 yards of that center point. The center point for this show was the bar Dirty Thieves. There, you’ve been schooled. I wish I had taken more photos of the show, but it was dark as fuck, because bars are dark…in case you didn’t know

The show goes on until Dec 10th, so you have plenty of time to get stupid drunk off of PBR tallcans and top-shelf bourbon while looking at pictures that aren't being hotlinked from flickr.

Thanks for the linkage, I pride myself on making as many genitalia related references as humanly possible. It was weird that out of all the photographers there, not many took pictures..of the pictures…