Important News About Being Drunk and Eating Guacamole on Mission St! 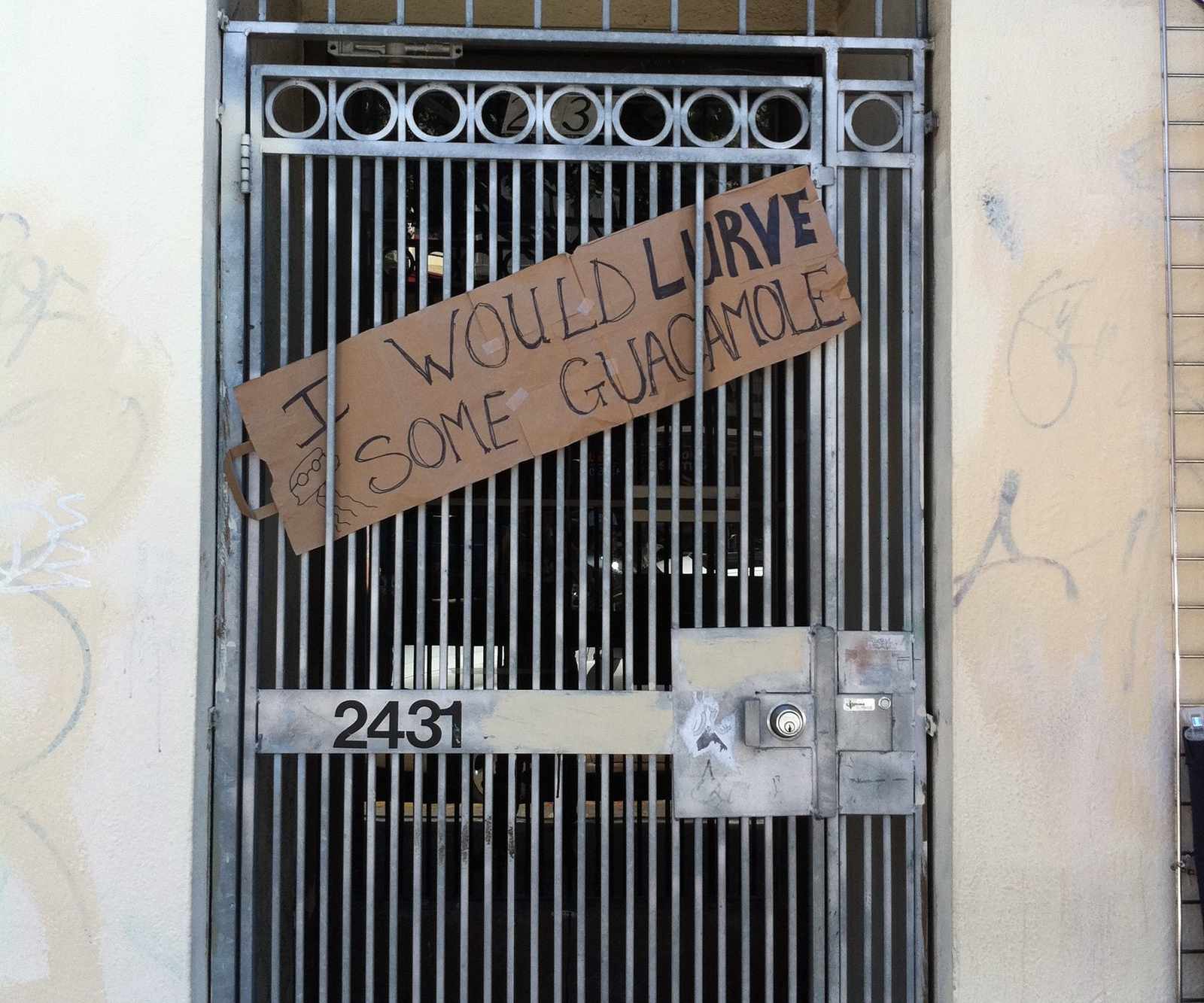 Last Friday Guerilla Guac, a pop-up late night guacamole vendor, appeared late night out front of Grand Coffee at 2663 Mission St.  Guerilla Guac was serving up tortilla chip bowl fulls that were so good I would have thought they were awesome regardless of being drunk or not.  The proprietor, Richard, was joining another pop-up vendor, Soup Dup, who had started slanging his goods late night at Grand Coffee the week prior (last time it was a bomb corn chowder, but he rotates his menu every week).

Tonight, Guerilla Guac and Soup Dup are set to return to Grand Coffee from 9:30pm to 1:30am.  If all goes well tonight, they might be back again next Friday.

Missionites; get your drunk munchies on. 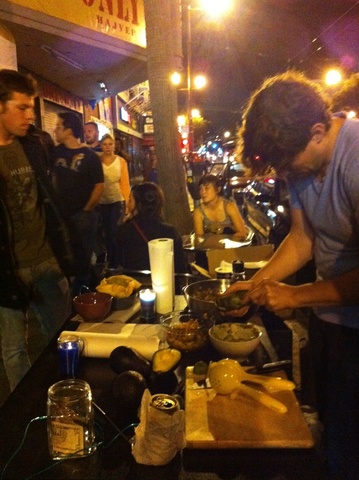 Guerilla Guac tears it up by candlelight. 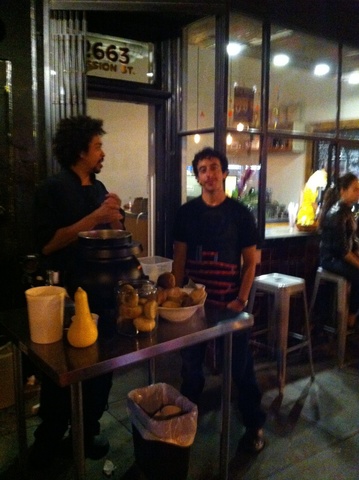 people are standing in line for guac and chips? are they fucking retarded? I could see if this was free and you were wasted but to actually pay for this? This whole streetfood trainwreck bullshit is getting ridiculous

Shouldn’t it be called Gringo Guac?