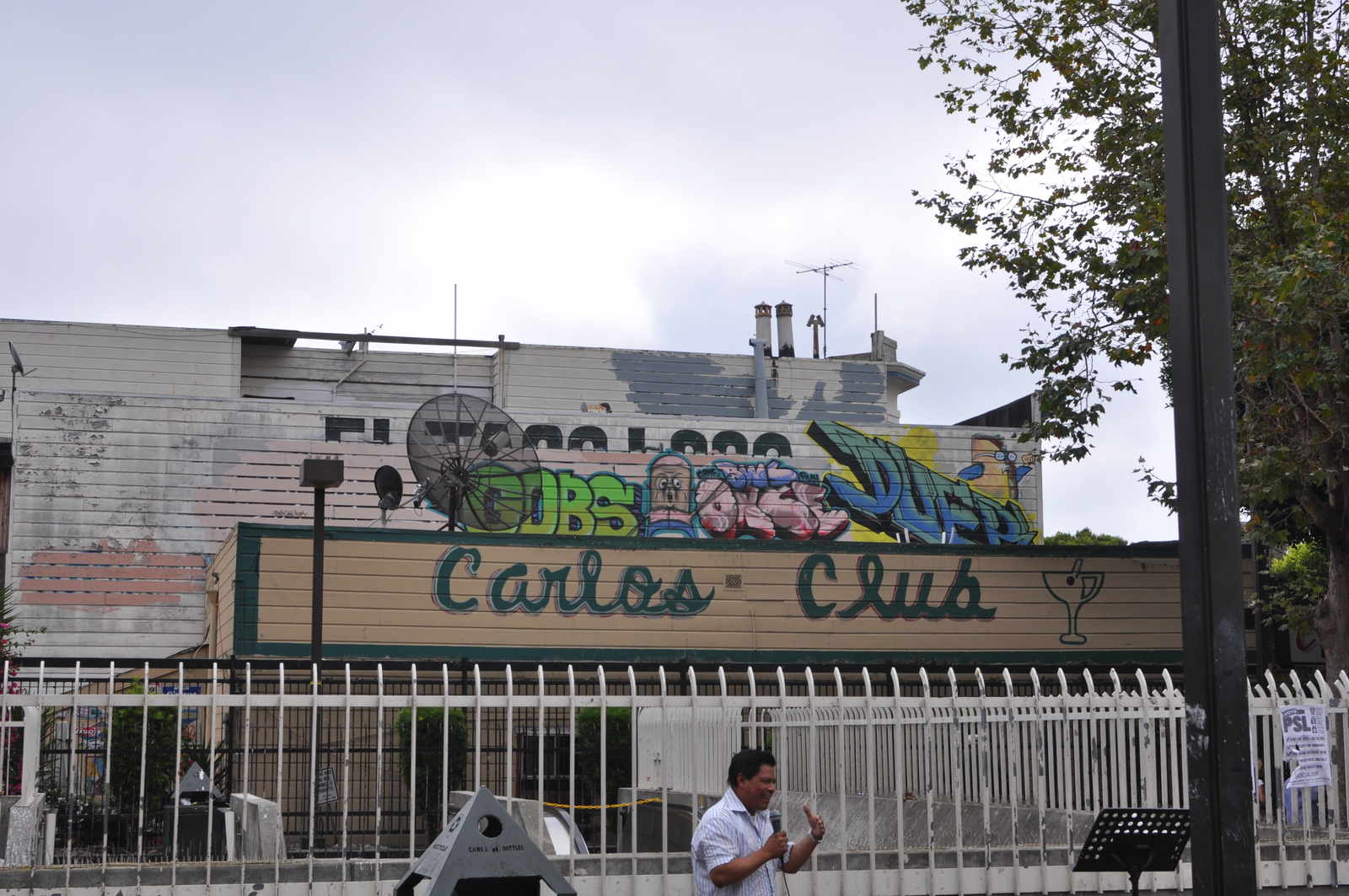 Bummer.  That was always one of my favorites. 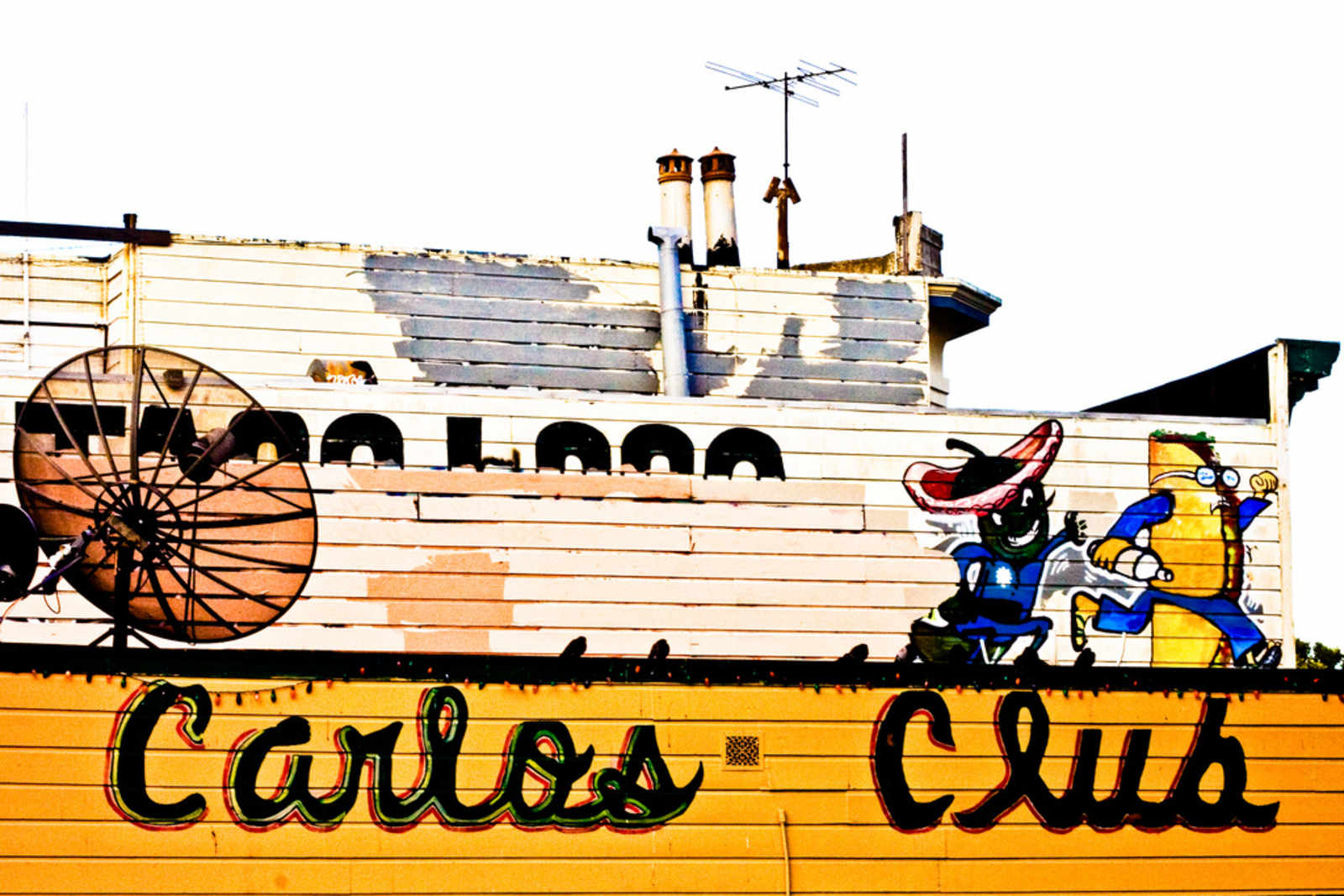 It wouldn’t be horrible if someone painted it over with a new picture, but the trend of larger tags (name only) and less/no content is the shit side of graffiti…

p.s. Friscolex, any hope for burritos in Guam?

Hi I would like to take a minute to clarify things. The internet gives a voice to anyone regardless of the knowledge they may or may not possess on a subject. Hopefully I can enlighten you all on what is going on, so next time one feels the necessity to comment or post something on the subject of graffiti, street art, or mural painting they wont seem so ignorant.

Kevin Montgomery states that the mural was tagged over. To the contrary, this mural was never “tagged” over. Tagging is the word that has come to describe single color scribblings done illegally. Although what we painted only took us about 45 minutes it is not tagging and to be associated with such is insulting. This was a graffiti mural sanctioned by the owner of El Taco Loco. Regardless of the mistaken use of words on Kevin behalf, the chili was completely covered over and only about half the picture of the taco remained before we even set foot near this wall.

Secondly, this mural was done in quick response to securing the spot for a future mural with more content as Mike would consider isnt the “shit side of graffiti”. This mural was strictly temporary with the understanding between the artists and owner that the whole wall would redone with scenery, characters similar to the previous ones, and our names.

For mike’s comment stating: “the trend of larger tags (name only) and less/no content is the shit side of graffiti…”. Perhaps reading a little would help him gain a better understanding. In graffiti art, the “larger tags” are called pieces, and they are the content in itself; not the pictures that surround them. The content is shown in the abstracted letterforms and usage of color. This is no trend and amusing that someone would refer it as the “shit side of graffiti”. If this were the case, this “trend” featuring the “shit side of graffiti” has been the main focus since 1970s New York City subway art. Whether one likes aesthetic graffiti or not is irrelevant. Graffiti art is in art history books, and other major hard-bound publications. If one was to pick up any major publication featuring graffiti art, one would see that the content focused on is what mike considers to be the “shit side”.

If someone is unhappy with what we are doing, please hold the nonsensical comments until we are done with the mural. On another note, if people were so in-tuned with The Mission neighborhood, they would already know that dramatic change has taken place to that space.

Kevin, point well taken, your are right, and my apologies for attacking you solely on the technicalities of terms. Although the body of work is attributed to tagging, the majority of individuals who practice graffiti art dont like to be associated with the term used to describe primitive scribble. A revision of the chili chasing a taco will be included in the new mural. Check the location from time to time for updates to our progress on the new mural.