SFPD Cracking Down on Cyclists in Lower Haight 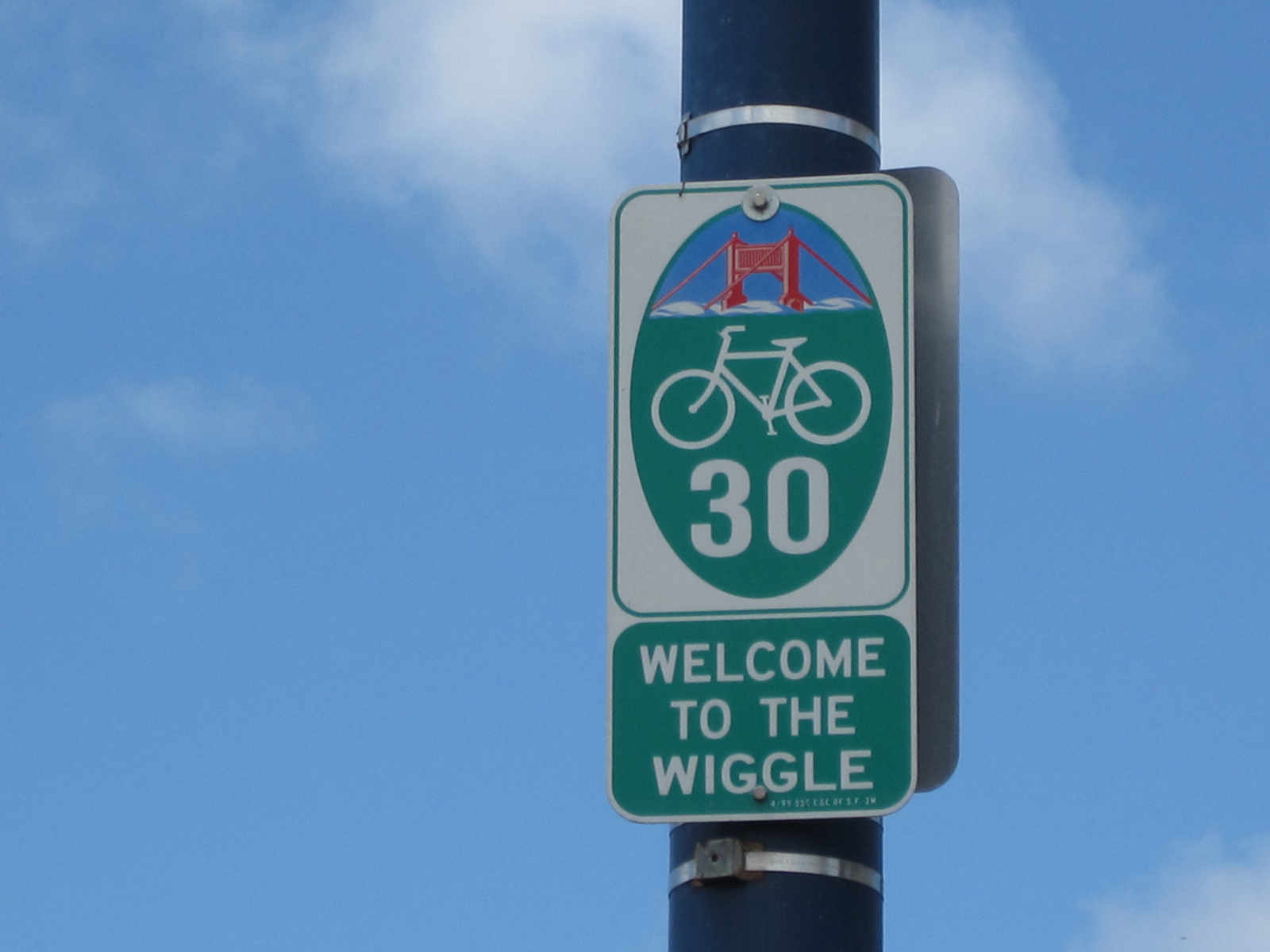 Saw this posted up by “jacob” on one of the various SF riding forums:

i know there was just a long thread about the wiggle and running stop signs…etc. don't want to argue that just want to give the heads up that (after i got a ticket last night) the cop who issued said ticket informed me that there is going to be a focused police/traffic cop presence in and around the wiggle cracking down on moving violations for bikes. the city has told them to do this because of the bike lanes that have been put into place there.

esp. it seems that they are parking a cop car a few parking spaces down fell next to the bike lane on fell between scott and divis and nabbing people turning left on the red from scott onto fell.

This is likely a response to the new traffic plan that was just implemented at the Arco station of Fell.  Even so, not sure why the city fells the need to go after cyclists who are not even cutting across traffic to make a left turn on a red.

uh oh! looks like bicycle messenger warrior was right after all!

Oh, booooo. That’s unfortunate. If you wait to make a legal left turn on green, the signals are timed so that the light on Diviz will just be turning red when you get to it. Who can we talk to about fixing that?

Some sections of the Wiggle are way too dangerous for cyclists to continue running the stops; Waller and Pierce are a case in point.

I can vouch for this. A couple months ago I got pulled over for not stopping on the corner of Scott and Haight. He gave me a ticket and told me “Do you see why we (police) get the impression that you think the rules don’t apply to you.” He then threatened to arrest me if I did not “properly sign” the ticket. When I got the ticket in the mail it was $379. Not joking. Went to contest it and a prosecutor pulled me and another guy with a bike ticket and told us that she was going to “reduce” the fine to $167 if we don’t take it to court. Funny thing is, the people there to contest their infraction for running a stop in a car got a reduced fine of $99!

The point is: the city has a shitty attitude toward cyclist, so it’s best not to risk it.

I know it’s safe most of the time, but Fell is a pretty high-speed/high-traffic street, and cars are just cresting the hill as they come up onto that intersection. I’ve seen a few really close calls when a car turned left onto Scott from Fell while an oblivious cyclist attempted to make that left on red at full speed. This scenario doesn’t take a lot of imagination to cook up.

sorry for the question, but wtf is ‘the wiggle’? thanks.

this makes sense. ben named the issue quite clearly. whenever i make that left, i pray that no one is coming full speed and turning. when i drive down fell, i pray that no one is out in the street. i am a cyclist, but this area is nightmare. i’ve also seen more than one cyclist get hit trying to ride through the intersection of page and scott. everyone be careful and wear a helmet. always.

Funny. I read this post today and saw two cyclists get ticketed right in front of the Arco station on my commute home. Usually I feel bad when I see a cyclist get ticketed, but one of the guys buzzed past me without the obligatory “on your left” just prior to getting busted, and he was also wearing an Otter Pops bike jersey.

Our group, The Wigg Party, is working on making the Wiggle safer for cyclists, as well as implementing sensible traffic laws that reflect the level of use for the only bike route to the western half of town. In particular, we are working with Fix Fell to demand that we get a two-way cycletrack from Scott to Stanyan, as well as a No Left Turn for cars off of Fell onto Scott. We only hope that the city will take action quickly enough to avoid somebody getting killed in this intersection (not likely). It’s high time we have one safe route for thousands of people to ride every single day.

The solution here seems pretty obvious: put a “no left turn” sign on Fell, preventing drivers from cutting across the crosswalk. There’s no-left-turns all over the city, I don’t see why it would be a problem here.

I don’t understand why you’re complaining that it’s dangerous for cyclists to make a left on red onto Fell.

Of course it’s dangerous to make a left on red onto Fell. I see people do it every morning.. slowly..obliviously..not even looking..you’re just asking to get hit. How is that a car’s fault? You’re going through a red light onto a busy high-speed road, and the light at Divis is going to be red anyway. Just wait ten seconds for the light to turn green.