Map Geekin': Where San Franciscans Are Moving To and Where They Are Coming From 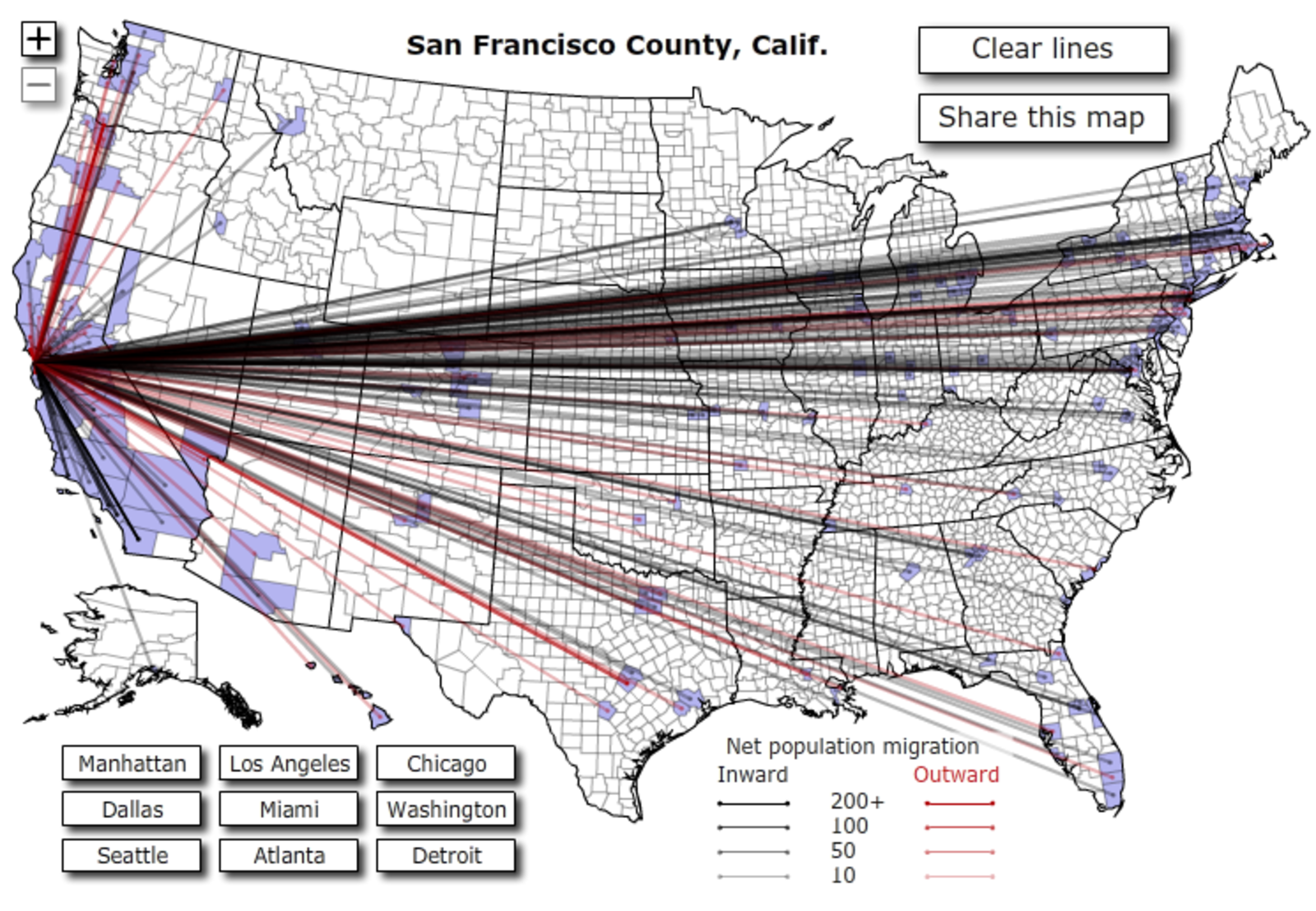 I know you're all sick of maps but fuck it, Forbes recently published this map showing where people moved across the country in 2008.  Captured above is the dataset of where people moved into SF from (black lines) and where they left too (red lines).  Not very surprising that the majority of departures were to the Greater NYC area, New Jersey, Portland, Seattle and Austin and people flocked to SF from SoCal, NYC, Chicago and Boston.  Oddly enough, Massachusetts was the only state in which people moved to SF from every county, something even California couldn't claim.  Multiple states didn't lose a single resident to SF, including a bunch of states that no one gives a shit about.

Anyways, click around the map too see how much wealth the city is losing to the Northeast.

Very cool. Love the solid black lines from LA. No reciprocation there! It looks like Hawaii has every county represented as well as Massachusetts.

The last island (I forget the name) actually only gained people from SF, no one left the island for SF.