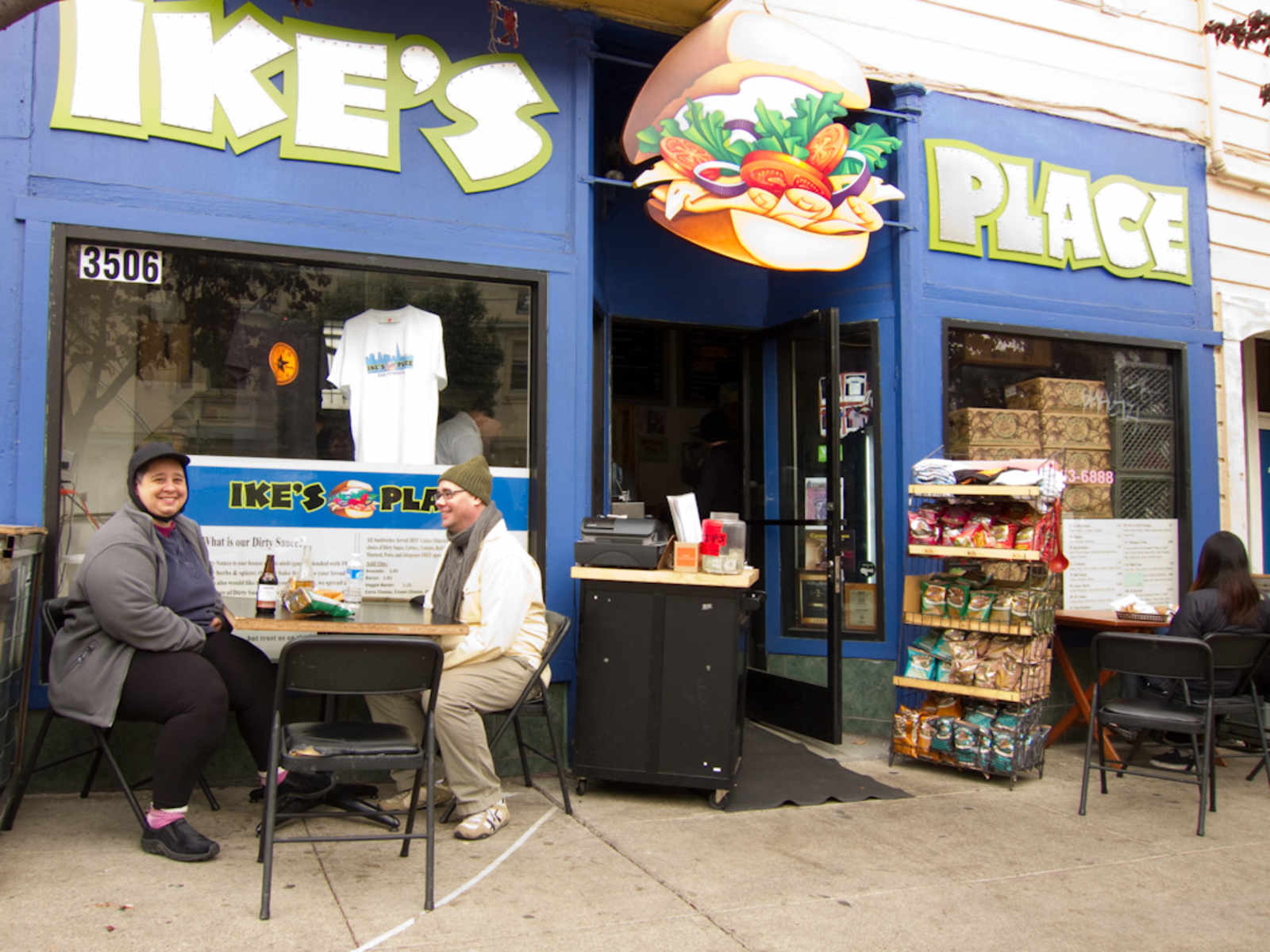 In the event you've been living under a rock (or don't read food blogs), the San Francisco bloggernets have been going NUTS over the news that Ike's might be EVICTED (via sue-happy NIMBY neighbors).  I feel like this is San Francisco's OJ Simpson Trial.  If the food bloggers were the jurors, Ike's would get off, bloody baguette and all.  But in reality, the neighbors have some legitimate claims.  The line is insane and I'm sure it is annoying having polite white people eating sandwiches on your stoop.  To me, it seems ridiculous Ike's hasn't moved to a more appropriate location.  I've never even gone to Ike's and have no intention of doing so because, fuck it, my time is better spent just getting a delicious veggie BBQ “chicken” sandwich at Rhea's and going to the park then hanging out with tourists in a two hour line.  But just because locals seem turned off by the line doesn't mean the business is evil.  The idea of suing Ike's out of business just because the line annoys you gives me the willies.  Hopefully the court is reasonable and Ike can move to a more appropriate location on his own schedule, not a government-mandated one.

On a lighter note, be sure to read the comments on Vegansaurus about the matter.  Vegansaurus commenters are my favorite SF commenters because they are the boil on the ass of veganism.  In this case, they want to crucify poor Ike on a cross of gluten-free soy because he “kills a lot of animals.”  You know, because people trying to cater to vegans, even a little bit, are bad people.  These tools are the reason Mission Burger stopped serving their BOMB-ASS VEGAN BURGER and why most omnivores don't want to kiss veggie boys and girls.  Tears.  (link)

A couple of assholes = are vegans are assholes lololool
Whatever, DUDE.

That’s the exact opposite of what the post says!?!?!?

Yes, vegans are assholes. Next question?

No, vegans are not assholes. The people who comment on that blog are. I really wish the shelf-righteous vegetarians/vegans would go away because they give the rest of us a bad name.

I love that Laura (vegansaurus) also writes for this blog.

Hey, not a dig on vegansaurus! All blog has asshole commenters (this one is no exception), it’s just the ones over there are particularly hostile to anyone who doesn’t 100% support the party line. Damn shame.

I am shocked to hear these words. you have pierced my soul with a spear made of bacon and I shall cry a river of tears for this cruel and unusual wordsmithing! I may be a boil on the ass of vagina-ism but…oh wait you said VEGAN not VAGINA.

Weren’t some vegans protesting Pi Bar before they even opened because they didn’t have vegan pizza on their preliminary, not-really-in-existence-yet menu?

landlord’s motion for summary judgment was denied. ike’s place saved for now. there is a trial that will adjudicate the merits of the dispute.

You’re missing out, Monty. Their sandos are incredible. It’s not just tourists who go there.