Anyways, their site isn't supposed to launch until Wednesday but using our professional internet skills, we found it today.  To sum it up, it looks like a tame SF Appeal targeting people in Marin who pretend that SF is still part of their lives.  That said, there is almost NO content on their site.  In fact, the homepage is completely empty, so we cannot fully judge it hate.  Even most of their editor's profiles are blank.

I expect they are going to have a very tough time launching Wednesday.  The site is beyond buggy.  I was able to register for an account, but I couldn't edit my profile (white screen of death), there are broken images in the welcome email, many of the links don't work, there are no content RSS feeds, and their admin area isn't secure (it's going to be easy for anyone with a laptop to own this site). 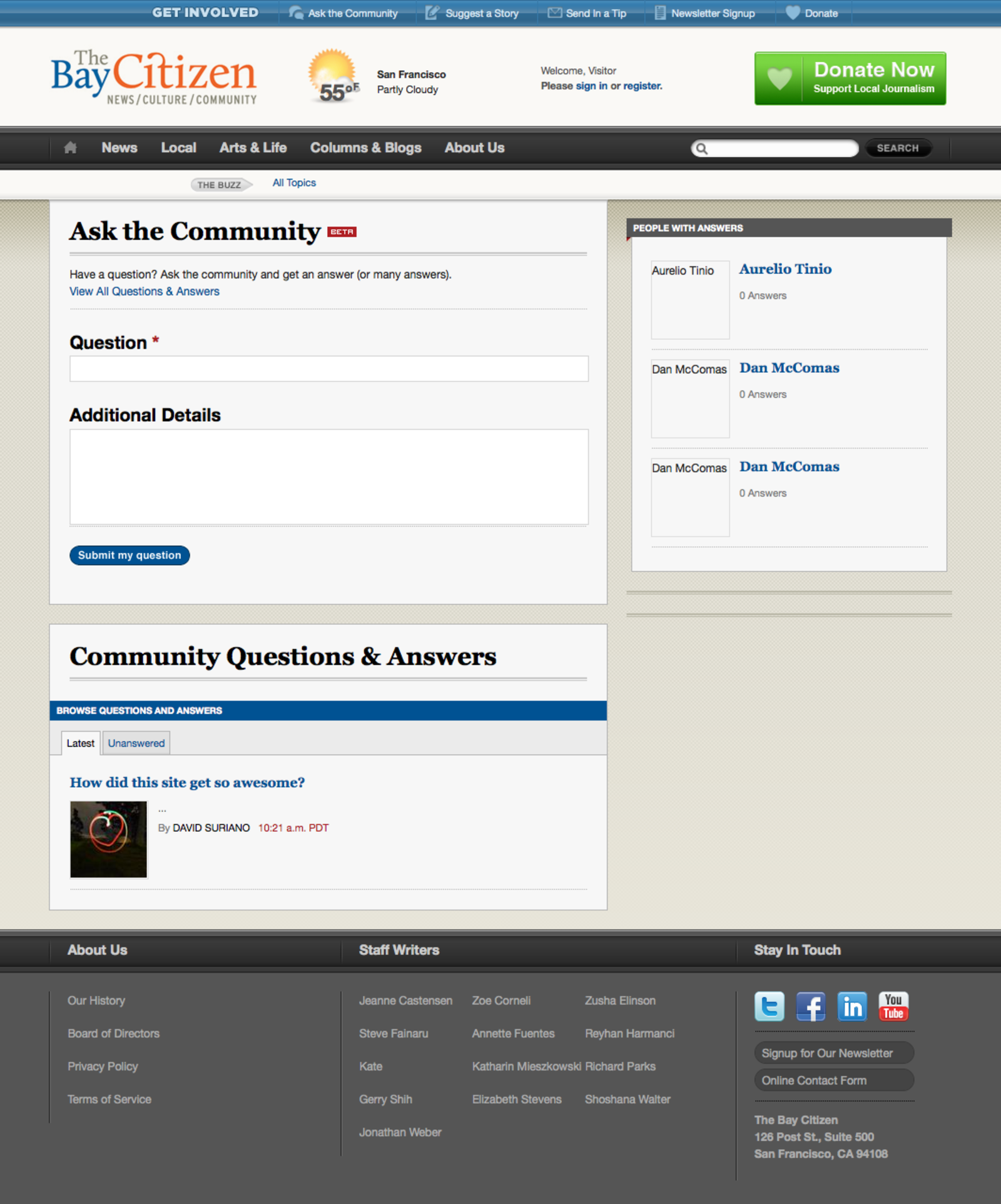 This site heavily pushes user-generated content and participation.  They have an entire “community question and answer” section, prominent calls for users to suggest stories and submit tips, and they are even letting users start their own blogs on the Bay Citizen (rather than use their own site/platform, like Wordpress, Drupal or Tumblr).  No word yet if Bay Citizen bloggers will be paid the $25 per post that other Bay Area bloggers will be paid to repost their content on TBC.

Finally, they have some sort of twitter/facebook-like status update.  I don't see anywhere else on the site that this feature integrates into… maybe it is a way for contributors to tell the public about their Bushmill's hangover? 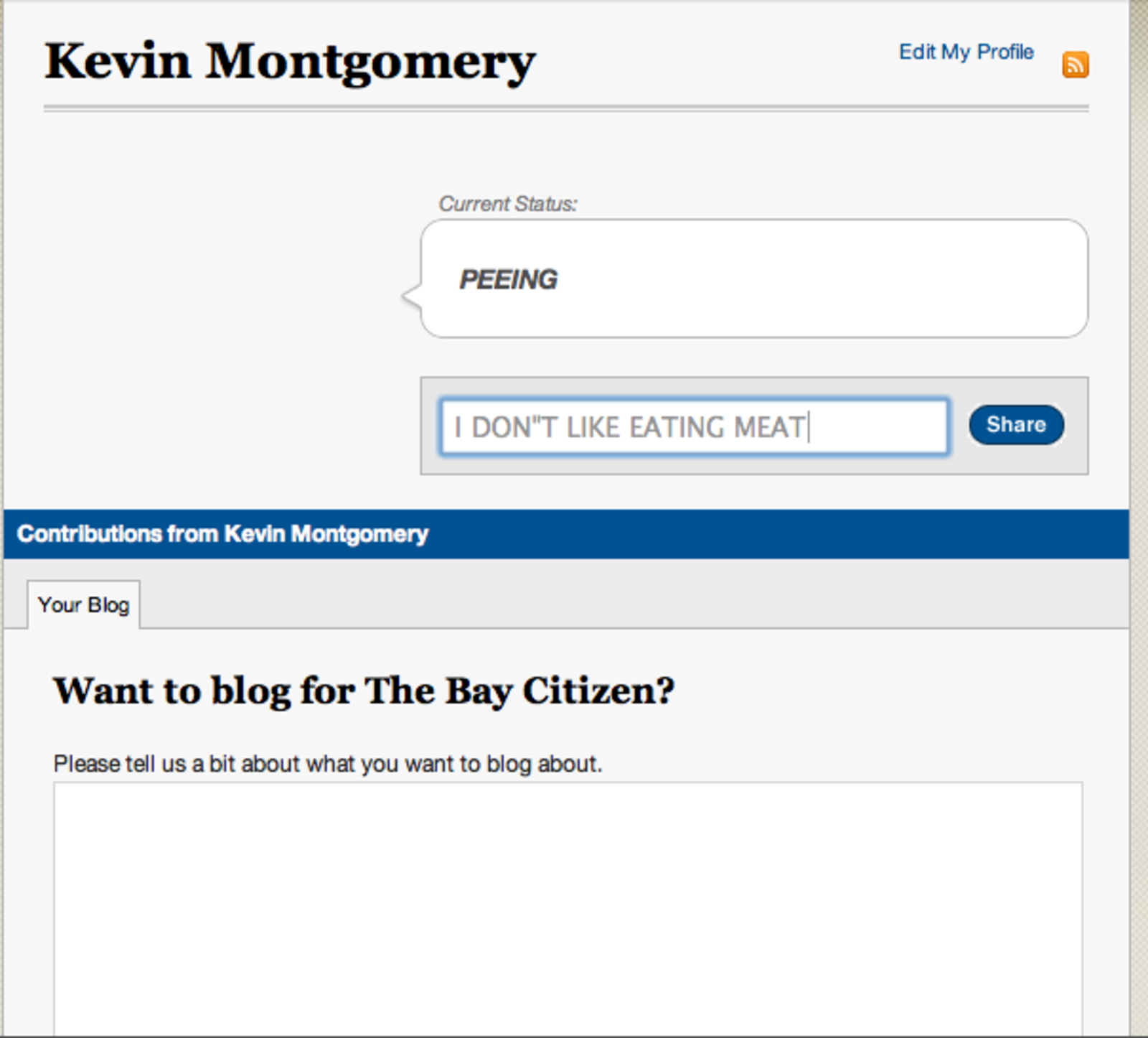 Anyways, there you have it people: THE BAY CITIZEN.  See y'all Wednesday!

PEEING in all caps FTW

way to do the most anti-climactic leak ever.

you are a snooze-fest.

The 400k a year guy on top thing makes me want to vomit. I spent years in online media and old media, and I can assure you that the only reason they are unable to weather the storms clouds of change and all that trite tripe is the fat salaried douche bags at the top. Sharon Stone was right.

It IS pretty freakin top-heavy, considering.

you shouldn’t count other people’s money- it’s not like they’re passing on the costs.

Yeah, what is this, Muni?

$25 each time they re-post my stuff? I’m gonna be rich, yo. Cupcakes on me. I mean literally, on me.